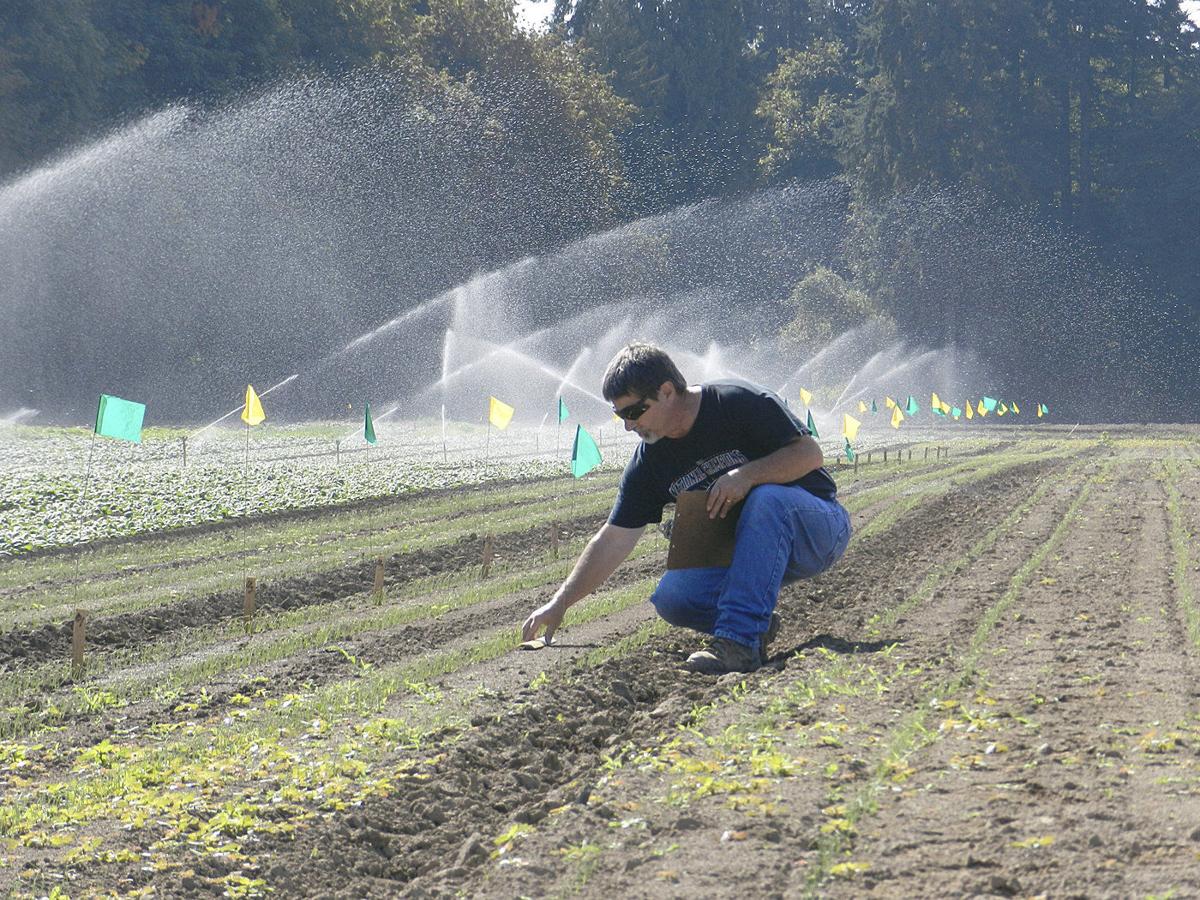 Ed Peachey inspects weed control efficacy in green onions. Herbicide programs typically must be adjusted so that cover crops are not harmed. 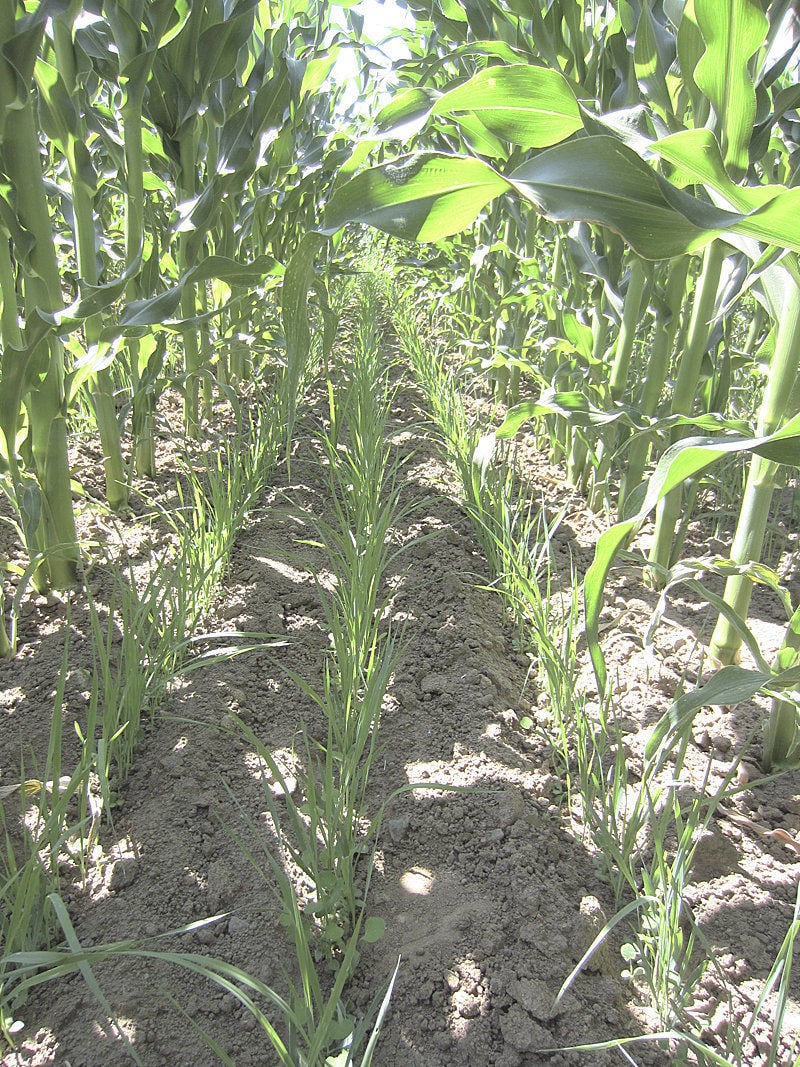 A cover crop of oats and crimson clover planted between corn rows. Such experiments in cover crop applications are being made possible through the Western Sustainable Agriculture Research and Education program.

Ed Peachey inspects weed control efficacy in green onions. Herbicide programs typically must be adjusted so that cover crops are not harmed.

A cover crop of oats and crimson clover planted between corn rows. Such experiments in cover crop applications are being made possible through the Western Sustainable Agriculture Research and Education program.

By the end of harvest most farmers are out of gas.

“They get really tired of farming by the end of the harvest,” said Ed Peachey, weed scientist and vegetable specialist with Oregon State University’s Horticulture Department, “but there are a few things to do before the fall rains start that can make farming easier in the future.”

For processed vegetable producers, it is important to stop weeds such as nightshade and keep them from producing seeds. Spraying herbicides such as glyphosate is easy but it doesn’t stop seed production very quickly; it’s usually better to try to destroy the plants with flails or tillage equipment to crunch up the berries. Otherwise, the weeds keep producing seeds, sometimes into mid-November, he said.

Fall is also a good time to identify new weeds that have shown up and make plans for control, if needed.

“If there are weeds you haven’t seen before that are exposed after harvest, that’s the time you’ve really got to pay attention,” Peachey said. “If it’s an invasive species and it’s got seeds on it, it’s not unreasonable to think about removing them from the field, especially if they’re in isolated spots.”

Velvetleaf has Peachey concerned; he’s seen it in Oregon’s Willamette Valley since the mid-1990s but never in such high numbers.

“I don’t know if it has reached some critical mass, but this summer I found a couple fields infested with velvetleaf,” he said. “Usually it’s been maybe one plant per acre or less; suddenly there are hundreds per acre.”

Fall is also a good time to plant cover crops to improve soil quality, reduce erosion and suppress winter weeds, but that can be a challenge given the factors involved. Herbicide carryover is one factor that must be taken seriously when considering cover crops. Herbicides with long residuals — Raptor, Reflex and Sandea, for example — limit the crops that can be planted in the spring and may affect cover crop growth in the fall.

Producing a good cover crop requires the same expertise and attention to detail as planting a cash crop.

“You have to think about how you’re going to manage slugs,” Peachey said. “If I have this amount of crop residue on the surface; can I get slug bait down to them?”

Most growers don’t have the time to fully work down a field in the fall to bury all the crop residue, he said, and disking or plowing deep is pretty risky as far as losing soil.

An alternative to fall-planted cover crops is to inter-seed cover crops into crops such as sweet corn during the summer. Peachey has been conducting several trials throughout the Willamette Valley this year in conventional and organic sweet corn and squash crops through support of the Western Sustainable Agriculture Research and Education (WSARE) Program.

The objective is to find ways to get more cover crops into the system without having to do all the planting and tillage in the fall, and without jeopardizing weed control in the vegetable crop.