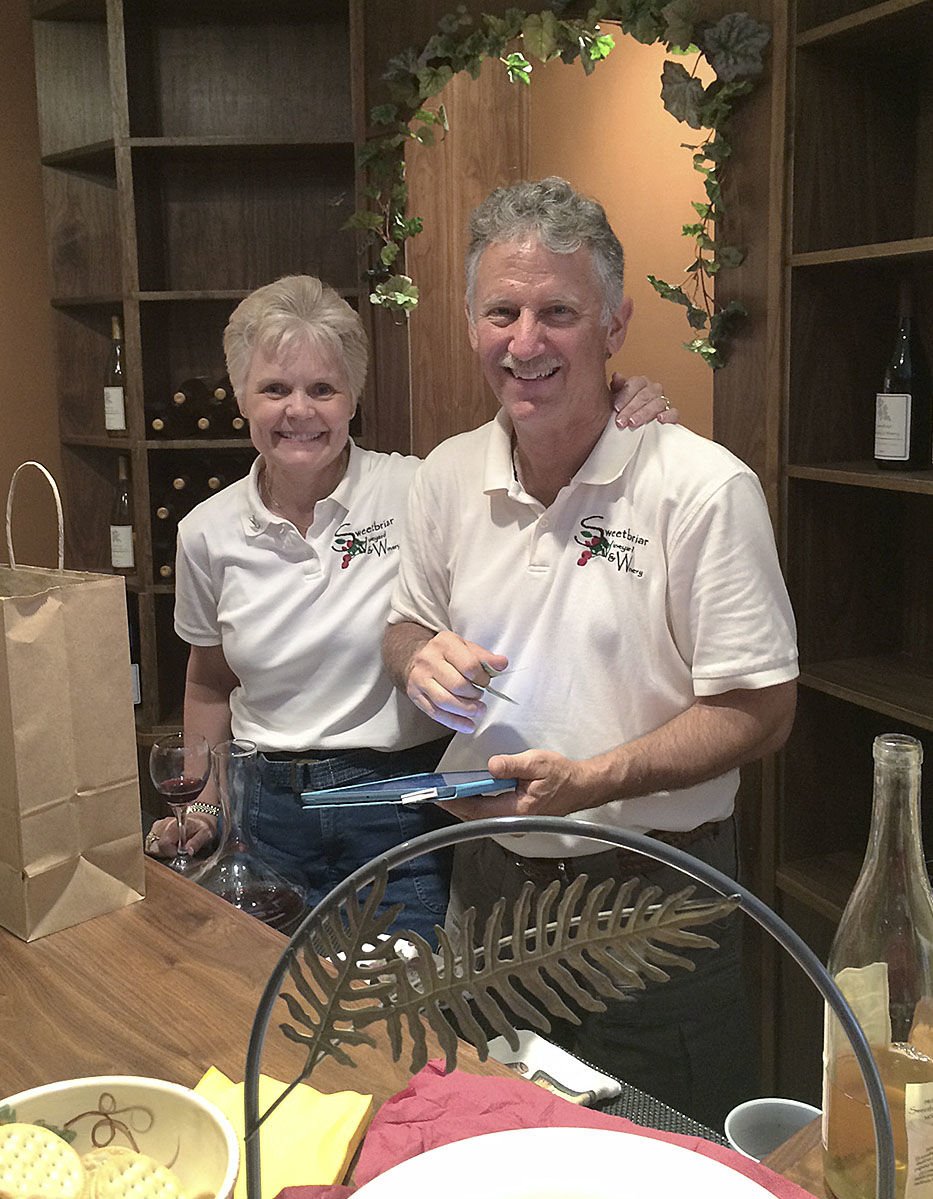 Sweetbriar Vineyard and Winery, owned and operated by Tamara and Mike Mackenthun, is 7 miles northeast of Mountain Home, Idaho. 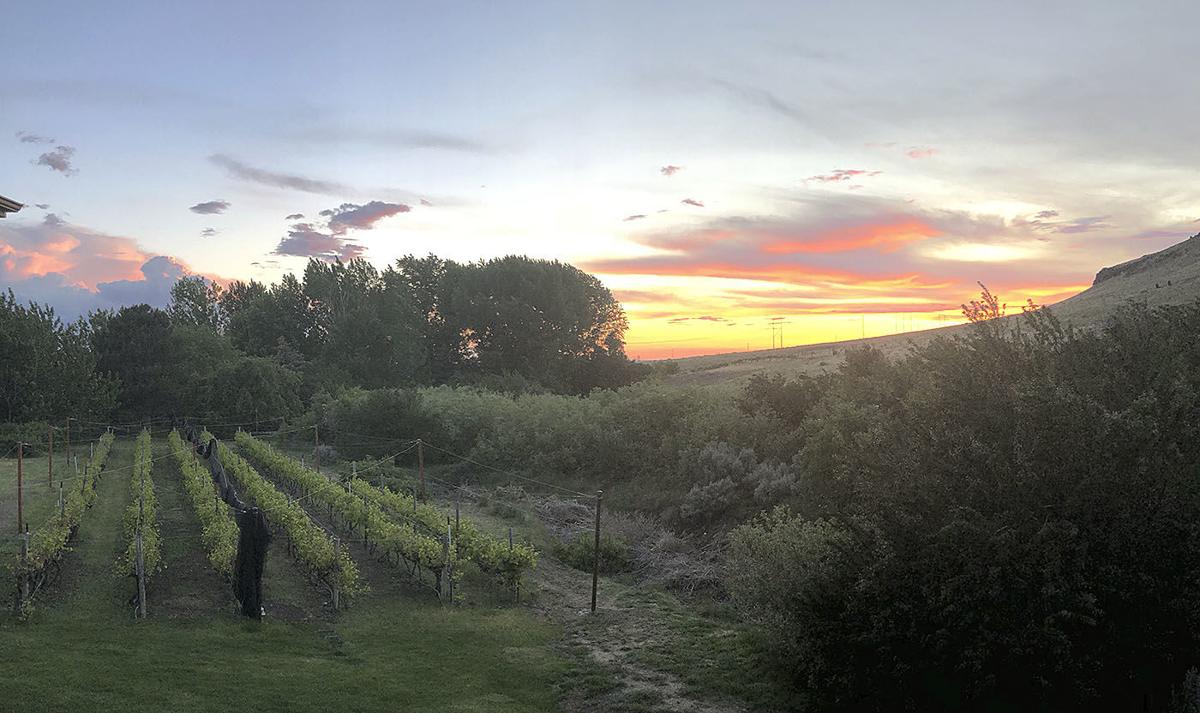 Sunset at Sweetbriar Vineyard and Winery, near Mountain Home, Idaho.

Sweetbriar Vineyard and Winery, owned and operated by Tamara and Mike Mackenthun, is 7 miles northeast of Mountain Home, Idaho.

Sunset at Sweetbriar Vineyard and Winery, near Mountain Home, Idaho.

Sweetbriar Vineyard and Winery, owned and operated by Mike and Tamara Mackenthun, is 7 miles northeast of Mountain Home, Idaho.

The couple retired from the Air Force and bought the property in the late 1990s to build a retirement home.

“When we were designing the house, we went to Disney’s California Adventure, the year they opened. Mondavi was a sponsor for the wine country area and we talked to their representative about growing grapes and winemaking. When we came back from that trip, we looked at our land and started doing research,” Mackenthun said.

They thought if they selected the right vines they could create a small vineyard and winery.

The vineyard was planted in 2006 after they finished building their house; they started making wine in 2008.

“We soon had more than enough for family and friends and decided to get our license for selling wines. We intended to name the winery after Rattlesnake Creek that runs through the back of our property, but named it Sweetbriar after the wild roses in the area,” he said.

The vineyard has 700 vines including Cabernet Franc, Cabernet Sauvignon and Lemberger for red wines. For white wines they have Vignoles, Riesling and Pinot gris.

“I make between 700 and 1,000 bottles of wine each year; ours is a very small boutique winery. I don’t get grapes from anywhere else; we just use the ones we grow,” Mackenthun said.

Grapes at this location do fairly well. The vineyard is above the valley floor and doesn’t get extremes in temperature like the Snake River area and south of Boise.

“Cold air flows downhill and follows the river. Rattlesnake Creek is right behind us and a low spot, so cold air keeps flowing on down the creek and doesn’t settle here like it does in lower areas. Temperature is usually not a problem. My main concern is that the grapes ripen by the end of season, but so far we haven’t had a problem,” he said.

The winery consists of a wine storage and aging room, tasting area and wine production area.

“I sell only out of my winery and we’re generally open Saturday and Sunday with no appointment needed,” he said.

He has a simple website and doesn’t advertise because he sells out every year.

“I don’t want to sell out too early or I don’t have anything for people to come taste. People hear about us by word-of-mouth,” he said.

“What makes my winery unique is the fact I have so few vines — so my wine tastes different every year. Right now I have a couple bottles of 2017 Pinot gris, which tastes totally different from my 2018 crop,” he said.

He tells people that if they don’t like the wine this year they should come try it next year.

“I don’t distribute wines for sale because I like personal contact with customers. We can sit and talk; I show them the wines and they can ask questions,” Mackenthun said.

“People can taste my wine and if they like it they buy some, and if they don’t like it they can try it next year,” he said. “I learned a long time ago that there might be 3 people sitting here and one will love the wine, one will hate it and one will think it’s OK. It’s an individual taste and varies greatly among people.”

Sometimes people bring a lunch and have a bottle of wine and sit outside for a pleasant meal. “It’s a nice grassy spot with a view of the vineyard,” he said.

“They can also talk with me if they wish. It’s a personal setting and a nice atmosphere.”