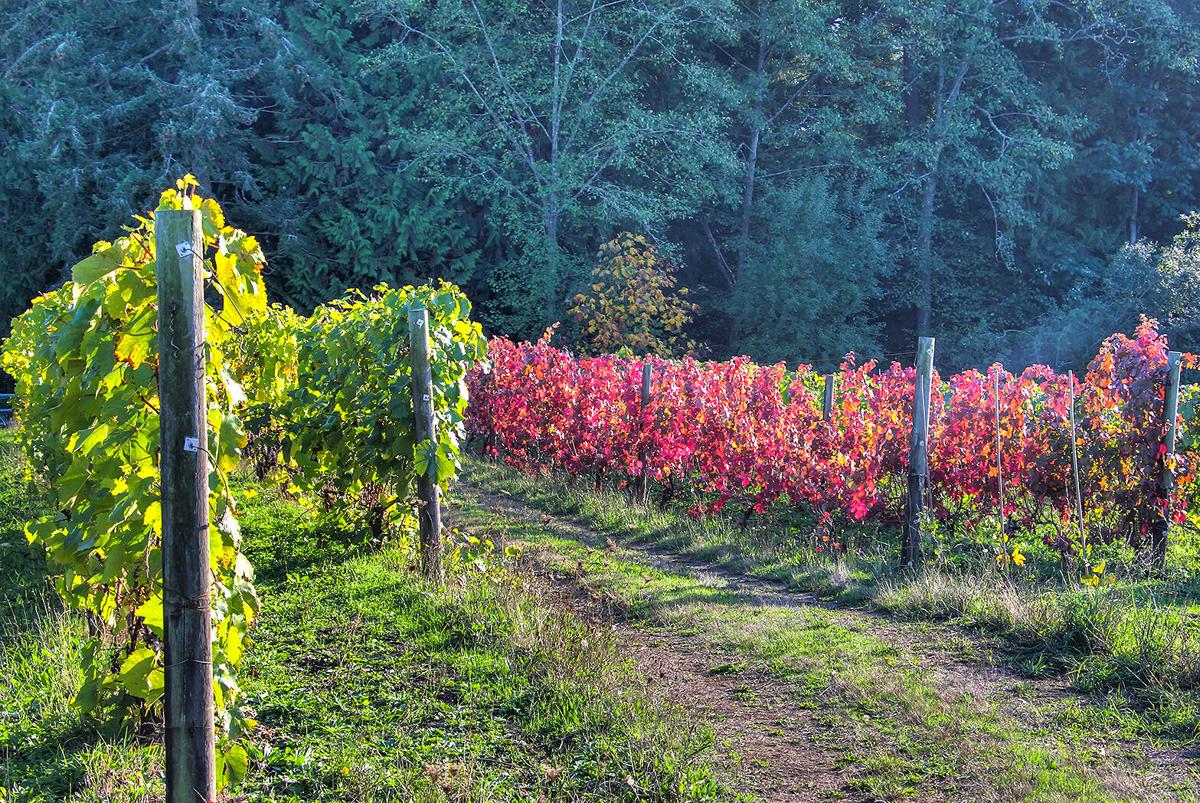 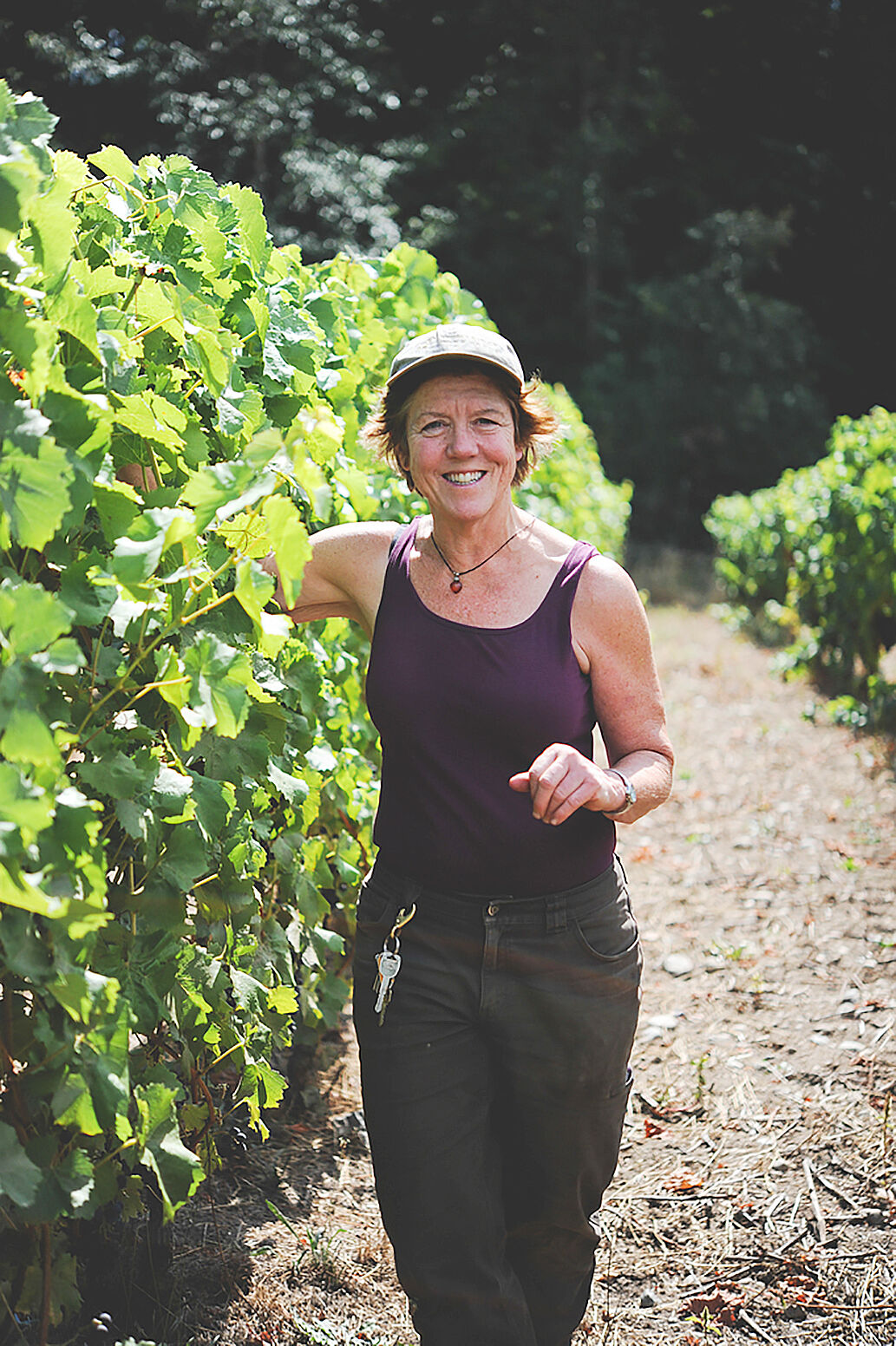 Betsey Wittick of Bainbridge Vineyards has transitioned the operation to organic. 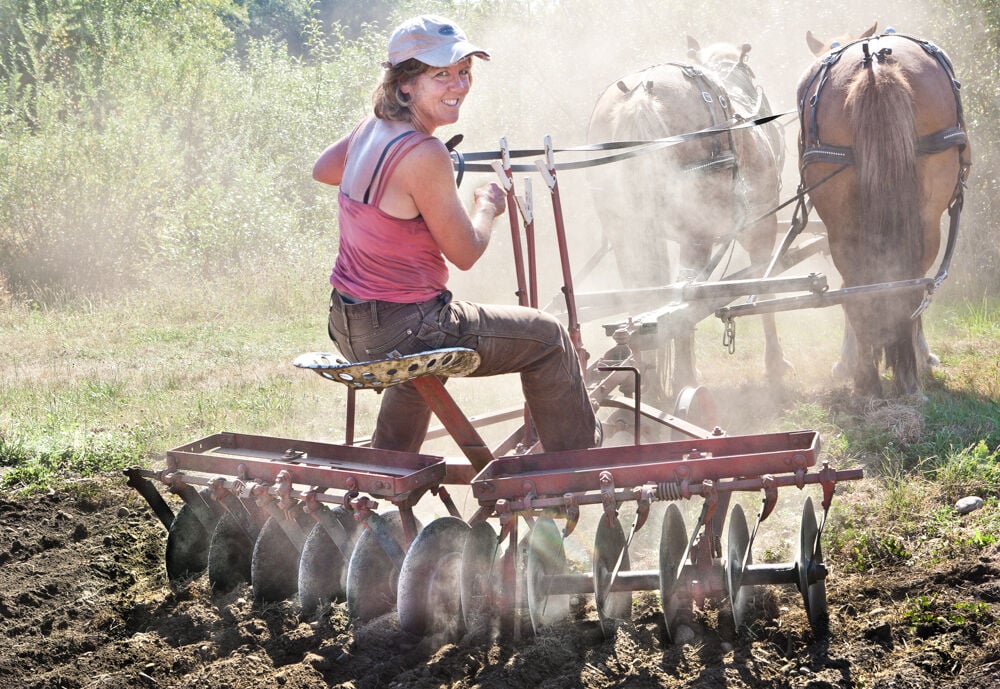 Betsey Wittick of Bainbridge Vineyards has transitioned the operation to organic.

Bainbridge Vineyards is on part of a 40-acre historic farm on Bainbridge Island, Wash. At 245 feet above sea level in the cool climate of Puget Sound and with 37 inches of rainfall, conditions are perfect for cool climate Vitis vinifera varietals that are native to France, Germany, Austria and Hungary.

This island farm is the oldest agricultural venture in Kitsap County, started in 1928 by Japanese-American farmer Akio Suyematsu.

“His family grew strawberries, raspberries and fruit trees,” said Sara Bean, sales and marketing manager at the vineyard. At one time Bainbridge Island was the strawberry capital of the Northwest, she said.

In 1977 Akio sold part of the farm to Gerard Bentryn and they established a vineyard together. Akio worked the rest of the land and was a respected mentor to an entire generation of island farmers.

Gerard and Jo Ann Bentryn founded Bainbridge Island Vineyards and Winery in 1977, inspired by their study of grape-growing and winemaking in Europe, New Zealand, Australia and South Africa.

“Gerard was stationed in Germany during the Vietnam War and fell in love with the cooler climate winemaking grapes,” said Sara.

The Bentryns looked for a place with similar growing conditions and chose the Puget Sound, where long, dry summer days are more ideal for grape-growing than some European wine regions.

Gerard and Akio’s planting of Müller-Thurgau grapes in 1977 was the first established vineyard for commercial use on Bainbridge Island, and those 43-year-old vines are still producing.

“Next, they planted Madeleine Angevine, Pinot gris, and Siegerrebe — a white wine grape. They were the first to bring it into the U.S. through quarantine through Canada, in 1987. It does well here, and many local grape growers took clippings from our vineyard,” Sara said.

The Bentryns released their first estate-grown vintage in 1982, becoming the 84th bonded winery in Washington state. Their pioneering work in the region’s grape-growing movement led many other people to grow grapes and start their own wineries, and Gerard was instrumental in certification of the Puget Sound Viticultural Area in 1995.

“When the Bentryns retired, their longtime friend and employee Betsey Wittick reopened the vineyards and winery as Bainbridge Vineyards under new cooperative ownership in 2013,” Sara said.

Betsey had been working with Gerard and Jo Ann since 1988. She is now the grape grower, winemaker, head owner and continues to encourage and educate future farmers through an internship program every summer.

In 2004 she began planting other cooler-climate red varietals from Austria and Hungary. “We use those today in our rose and red blends. We currently have 10 different varietals and have planted a few more,” Sara said.

In 2014, Betsey had the vineyard certified organic by the Washington State Department of Agriculture.

“All our vineyards are hand-tended. We primarily use human power, and draft horses. We are a very low-impact farm,” explains Sara.

The land is farmed by a collective of local farmers. Betsey has a master’s degree in horticulture from Cornell University, and began growing grapes and making wine with the Bentryns in 1989.

“She inspires future farmers and runs an internship program every year. Some of the people who came through our program now have their own farms,” Sara said. “We specialize in growing cooler-climate varietals that are primarily white wines, but we have a nice Pinot noir that won silver at the Washington state wine competition last year. We also sent some of our wines to a national cool-climate wine awards competition in Poland this year and our Siegerrebe placed silver.”

The wines are about more than grapes, however.

“We have a fun way that we carry on the Suyematsu berry-farming legacy. Akio passed on his farming traditions to Karen Selvar, who still farms under the Seyematsu name and grows Cascade raspberries,” Sara said. “We make our raspberry dessert wine with those, which is a nod to the beginnings of Washington wine, with fruit wines. That one won a double gold award at the Seattle wine awards this year.”