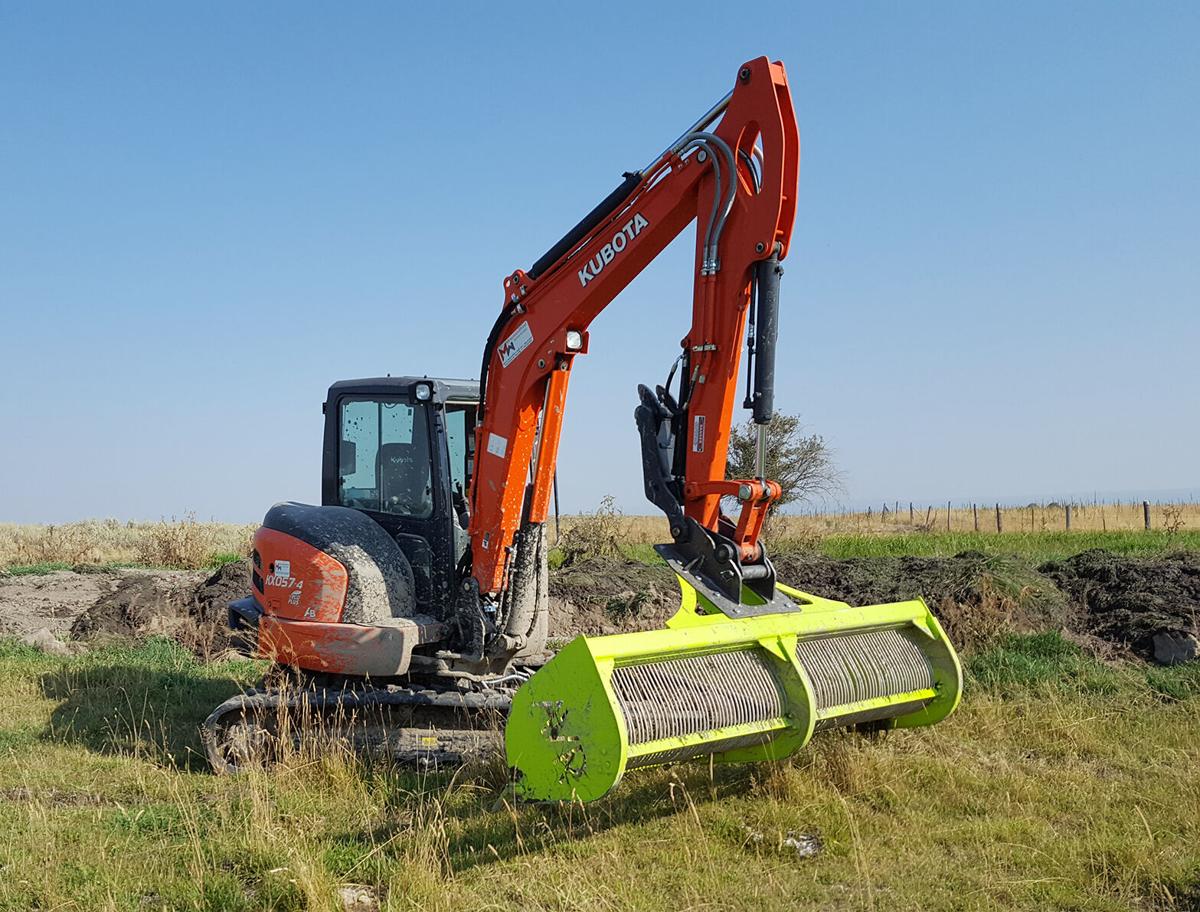 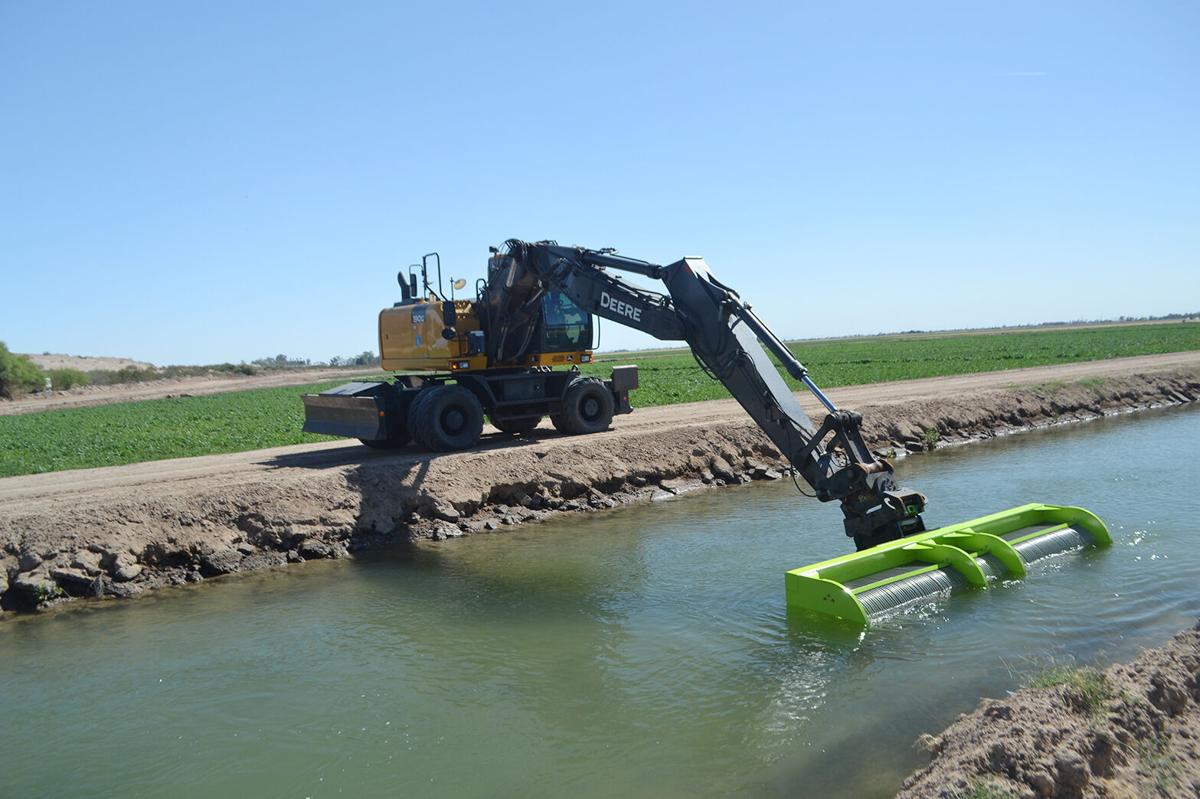 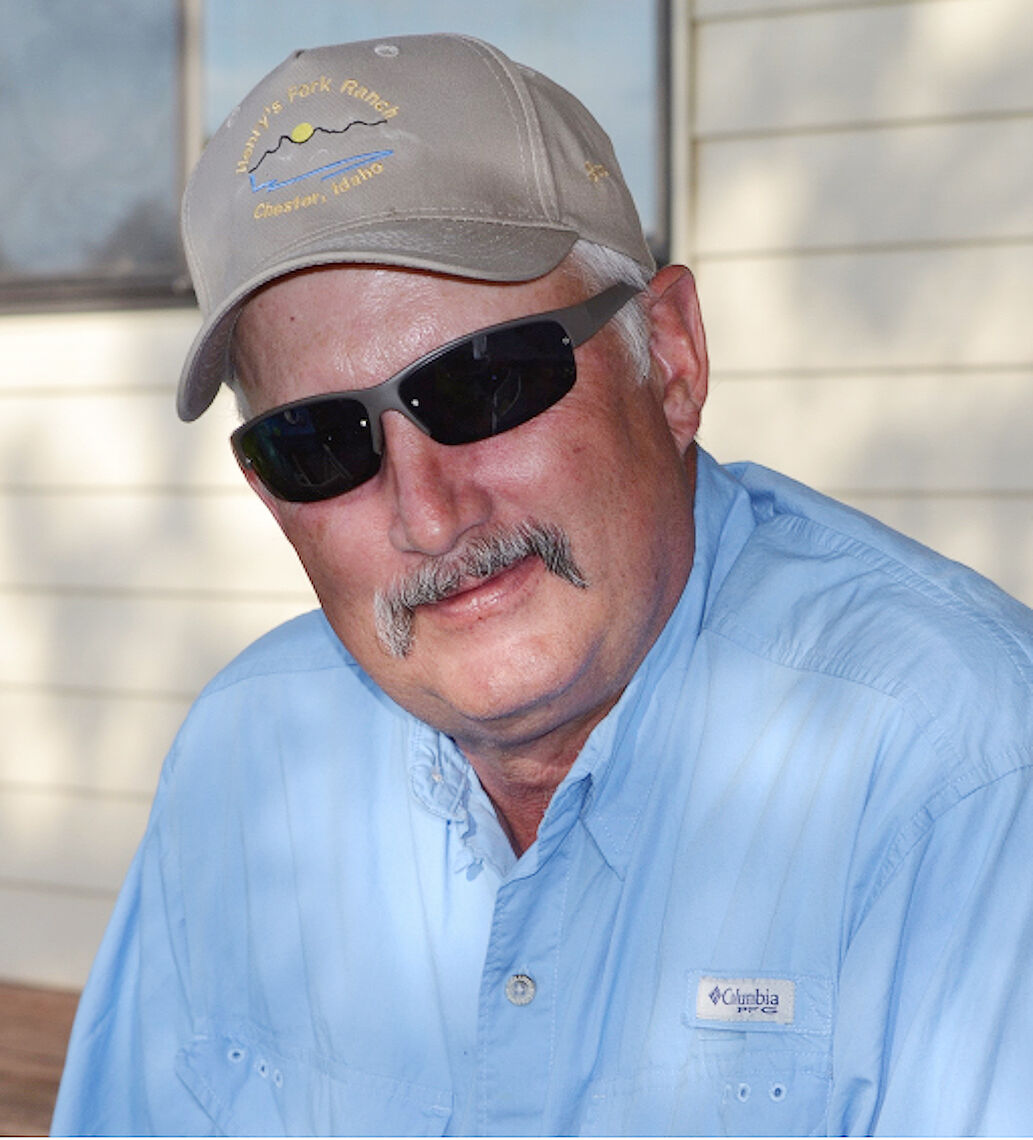 Fuchs designed the Aquatic Vegetation Rake (AVR) to attach to various sizes of excavators. The AVR scoops up plants, including the roots, while they are growing. With vegetation removed, water flow is immediately restored.

“The AVR is cheaper to use than herbicides and is effective on all aquatic vegetation because it simply removes them all,” Fuchs said. “It’s a tool that water managers have always needed.”

Fuchs developed a prototype in 2008 and hired engineers to fine-tune it after seeing several “shop-made” rakes built by canal managers that had limited effectiveness.

“The AVR engineering addresses the many aspects of attaching a rake to an excavator,” he said. “Newer excavators have joysticks, lots of capabilities, precision and attachment options. With minimal training, it’s easy to learn how to use the AVR to remove aquatic vegetation and floating debris from waterways.”

The units are manufactured in Paul, Idaho, in standard 8-foot, 10-foot, 12-foot and other widths.

“They’re painted green because the rakes are a green solution to weed removal,” he said.

The wide rake has metal teeth of various lengths and easily pulls up weeds while allowing water to drain away quickly. The removed vegetation decays and becomes nutrient-rich compost.

“The AVR teeth are made of heavy steel to withstand lava rock we have around here,” said Fuchs, who lives near Chester, Idaho. “If a tooth does bend or break, it can be easily straightened or replaced. Teeth can be changed depending on the root depth of the targeted plant. Lily pads, for example, have roots like small pineapples, so you use longer teeth for them.”

Clients from Florida to Idaho, New Mexico, Montana and Arizona have bought the rake from his website, www.maximizedwatermanagment, to remove moss, flowering rush, bulrush, cattails, lily pads and other plants.

Fuchs said a client at a mosquito abatement district in Florida told him the rake “revolutionized their maintenance program. Before using the rake, vegetation was so dense in their waterways that an insecticide’s effectiveness was limited because the water weeds stopped the flow. After the weeds were cleared away, they were able to keep their mosquito population under control, and the drainage canals had the flows restored.”

“By removing the plant and roots, it takes a long time or years for them to grow back,” he said.

“We tried controlling it with herbicides but were unsuccessful,” Howser said.

Fuchs said another advantage the AVR has over herbicides is that by removing plants from waterways, it reduces the nutrient loads flowing downstream.

His clients have also used the AVR in versatile ways unrelated to agriculture.

Fly fisherman and author Mike Lawson of St. Anthony, Idaho, used the rake to remove stands of cattails that were encroaching on his sloughs and ponds.

“After one day of using the rake, vegetation was cleared in certain areas, and water flow was restored through my entire system,” Lawson said.

Fuchs said employees at a national wildlife refuge in Hawaii are planning to use an AVR to control invasive California bulrush and water lettuce instead of using herbicides.

While developing the AVR, Fuchs said he learned about guidelines of state and federal agencies concerning how weeds are removed from public waterways. Certain chemicals can be used or plants can be dug up with a shovel, or scuba divers can pull them out.

“These are good methods for small infestations,” Fuchs said. “But when there are estimated hundreds and thousands of acres that are infested, these methods are like trying to put out a forest fire with a squirt gun. They’re ineffective, time-consuming, and have a minimal impact on the overall expanding problem.”

Fuchs said the AVR has proven its effectiveness as a green weed removal method.

“It’s catching on,” he said. “When people see how easily and effectively it works without chemicals — they wish they would have thought of it. It’s such a simple and affordable solution.”

Education: Graduated from Idaho State University with a bachelor of science degree in marketing, 1985.

Water managers warn of dismal year along the Rio Grande