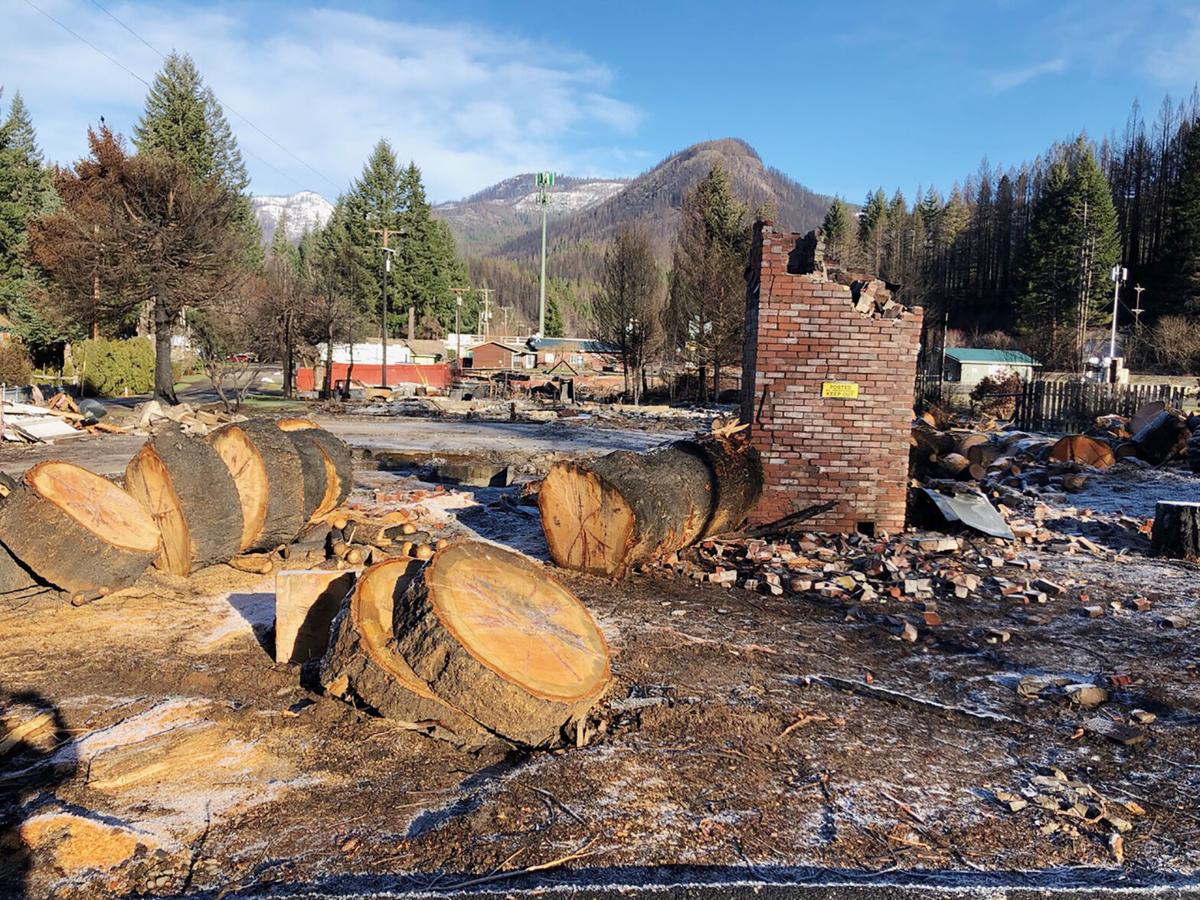 Detroit buildings were devastated by fires that swept through the Cascade Range in September. The surrounding burned forests are precursors to erosion that will impact water quality, experts say. 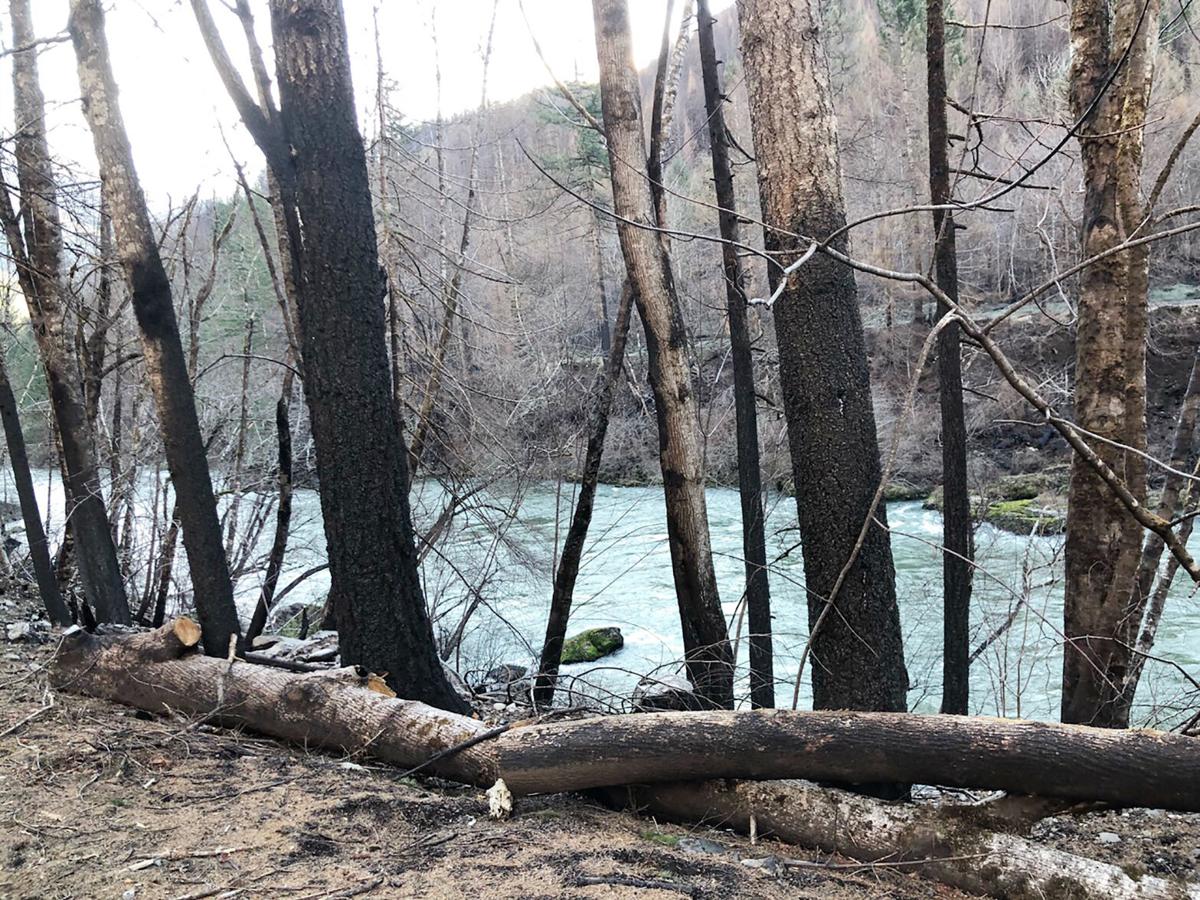 Logs and brush piled along Highway 22 once secured hillside soil and rock from sliding into the North Santiam River.

Detroit buildings were devastated by fires that swept through the Cascade Range in September. The surrounding burned forests are precursors to erosion that will impact water quality, experts say.

Logs and brush piled along Highway 22 once secured hillside soil and rock from sliding into the North Santiam River.

DETROIT, Ore. — The devastation to the North Santiam Canyon is palpable. At Detroit, if you roll your car window down, the smell of wet ashes drifts in on the chill winter air.

Along the banks of the North Santiam River, piles of charred trees and brush removed from the hillsides await removal.

The fires that in September burned more than 1 million acres in Oregon are out, but erosion and floods may be the next disasters that follow them, hydrologists warn.

Rain and snow now blanket more than 400,000 acres torched in September by the Beachie Creek and Lionshead fires in the Cascade Range east of the Willamette Valley, the largest two of the seven major fires that sparked in September.

Dozens of community groups, including farmers, have helped residents of the canyon with emergency supplies. Now, well into the winter rain and snow season, the post-fire’s threat to private, local, state and federal lands is becoming evident. Winter storms could wash down soil exposed by the fire causing flash floods and erosion, according to local, state and federal officials.

Flooding not only threatens fish-bearing streams and drinking water sources, but also can leave noxious weeds on farm fields, according to Kyle Abraham, chief of the Oregon Department of Forestry’s private forests division.

Rebecca McCoun, North Santiam Watershed Council executive director, said local volunteers have been working hard to help landowners whose properties were, or will be, affected by the fire.

By mid-November, more than 122 landowners had been contacted in Marion and Linn counties; 106 of these were given 240,700 pounds of straw donated, gathered and delivered by volunteers to help reduce erosion.

“It has blown my mind,” McCoun said of the volunteer help.

“Very little can be done in some places,” she said of steep banks and canyons with basalt walls. “Erosion is going to be a problem. But there are sites where there’s potential.”

Root wads can be used to fortify banks and donated straw bales could prevent some erosion. Planting trees and protecting water sources may stave off future problems, she said, but the time to act is now.

Work began quickly to assess the damage and plan projects that will guard against landslides, clear roadways and prevent erosion and other disasters.

Fire-caused erosion may increase this winter, U.S. Forest Service Hydrologist Jamie Sheahan Alonso predicted in November as she shared a multi-agency assessment of the watershed’s damage.

National forest land makes up approximately half of the Lionshead and Beachie Creek burned area.

Assessments so far agree: the fires have increased threats of soil erosion, potential flash flooding or landslides, and structural weaknesses in roads and bridges, all of which have the potential to create havoc downstream, beyond the borders of the fire.

Much of Western Oregon’s drinking and irrigation water, for example, flow through recently burned areas.

Little can be done to stop fire-related erosion and flooding in the short term, except to let the public know the potential, Alonso said. Already, preparations are underway along Highway 22 — hazard warning signs, road repairs and hazard tree removal.