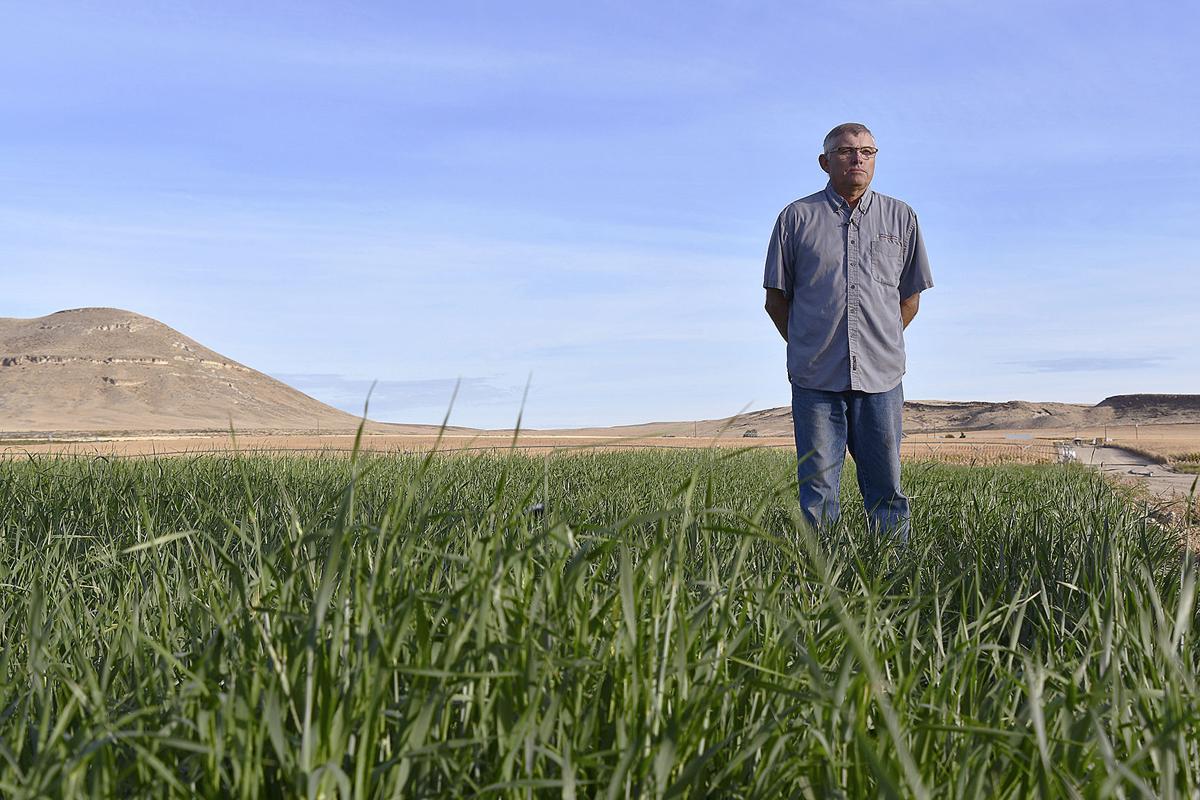 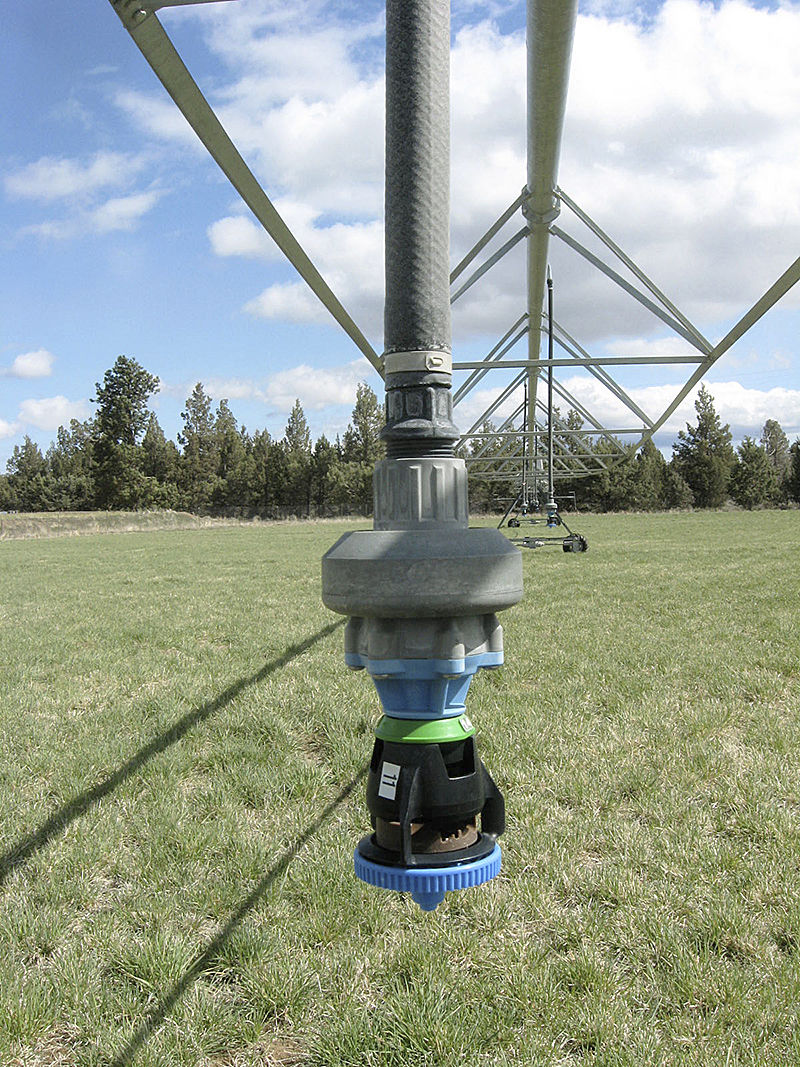 NYSSA, Ore. — For decades, three generations of Barlows irrigated their 1,000-acre Barlow Farms the same way: flood and furrow. Water entered from the Owyhee Irrigation District’s canals, then flowed into shallow trenches that ran down the rows of wheat, corn, pea seed, sugar beets and other crops that grow on Barlow land.

Long before Mike Barlow died in 2008, he and his family began to see the inefficiency of the traditional flood method on the uneven ground of their farm. By 2008, Mike had converted 600 acres to sprinkler irrigation, saving water and preventing thousands of tons of sediment that would have otherwise dumped into the twisting waterways and canals that feed into the Snake River.

The conversion earned the farm kudos from the Oregon Department of Agriculture and several trade groups.

“We recognized that in order to farm into the future water quality and conservation needed to be addressed. We chose to begin the process of converting to sprinkler irrigation because it reduced the amount of water we need. But more important, it drastically reduced or eliminated the water leaving the farm,” Mike’s brother, Charles, said.

Today, Mike’s family continues the conservation measures that he started. Barlow Farms is now entirely sprinkler-irrigated, and in 2019, the farm began using no-till and strip-till methods, all aimed at keeping their land on their land.

The Barlows’ projects did not go unnoticed by their neighbors.

Located in the middle of the 3,000-acre Fletcher Gulch Focus Area, Barlow Farms were not the only landowners to convert from flood to sprinkler irrigation. Since 2008, acreage under pivot sprinklers increased in the Gulch from 500 to 2,600 acres. As a result, an average of 80% less water leaves Fletcher Gulch, dissolved phosphorus concentrations are reduced by half, total phosphorus concentrations by a quarter, and sediment is reduced by 97%, according to Ellen Hammond, an ODA technician who leads projects in eastern Oregon.

Improving conservation methods on farms and ranches is not only good for the water; it’s also good for the bottom line, said John Byers, program manager for the Oregon Department of Agriculture.

As water becomes scarce, and rules to protect it become more stringent, it behooves users to look to methods that improve their use of it, he said.

Those methods can be simple and inexpensive, or if they are not, there may be financial help available from an assortment of private, nonprofit, district, state and federal sources that could fund all or part of soil conservation projects.

Following is a list of suggestions aimed at keeping sediment on the land, and out of the water.

• Learn from your neighbors: Every farm has its traditions, some handed down for generations, but many practices have been outdated as circumstances change. Check out your neighbors’ successful updated practices. Watch to see what works and what doesn’t, then, make a plan to incorporate practices that may work on your land.

“Success breeds success,” Byers said. Sharing your conservation stories with farmers who grow or ranch near you could improve both your operations.

• Get help reviewing your irrigation methods for reduced sediment and cleaner runoff. Reducing the amount of water that leaves your land has several economic benefits that range from lowering water costs to decreasing costs for fertilizers.

Local Soil and Water Conservation Districts can connect landowners to resources for irrigation improvements available from state and federal sources. Methods could be as simple as fixing leaky pipes and pumps, or as technical as creating automatic drip systems that can be run from smart phones. Irrigation methods combined with soil moisture monitors can reduce runoff in many operations.

• Consider planting native trees, shrubs and grasses along waterways, retention ponds and canals. These plantings can attract wildlife and shade the water, but they also capture sediment and filter fertilizers, including phosphorus, from the water.

Laws prohibit pollution, but there are economic advantages to planting: Banks are stabilized and less water is lost because vegetation helps store water in the soil retention ponds can slow runoff, allowing soil to drop out; filtered water in ponds can be reused for irrigation, reducing water costs. “A lot of things that affect water quality also affect its quantity,” Byers said.

• Consider no-till or direct seed cultivation, and cover crops, where appropriate. Latest studies confirm that unplowed, or minimally disturbed soil stays in place better than highly disturbed soil. Although this technique is not recommended for all crops and soil types, the technique can save labor, machinery and preparation costs, in addition to reducing sediment runoff.

• Keep livestock out of the water. There are many ways to water livestock where they won’t trample banks or pollute water with manure. The healthiest and most valuable livestock have dry hooves, clean water and live in pastures not eroded by trampling. Livestock forage choices, fencing and riparian plantings can reduce soil loss, improve water quality and increase livestock health.

For more information on how to reduce sediment runoff, visit the Oregon Department of Agriculture’s web page, www.oregon.gov/ODA, and search for “Agricultural Water Quality Resources.”

For more information on how to reduce sediment runoff, visit the Oregon Department of Agriculture’s web page, www.oregon.gov/ODA, and search for “Agricultural Water Quality Resources.”