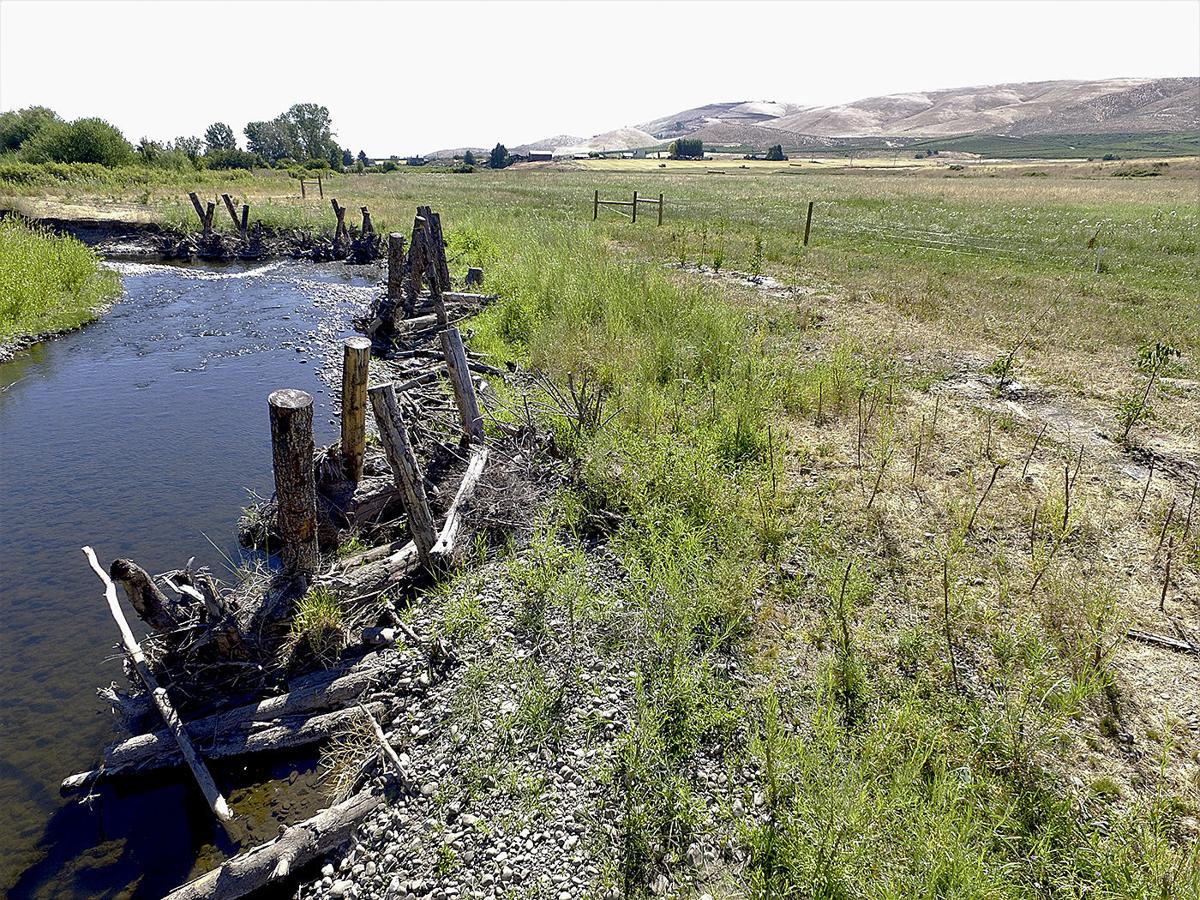 Instream bank protection is seen along the Autahnam Creek near Yakima, Wash. 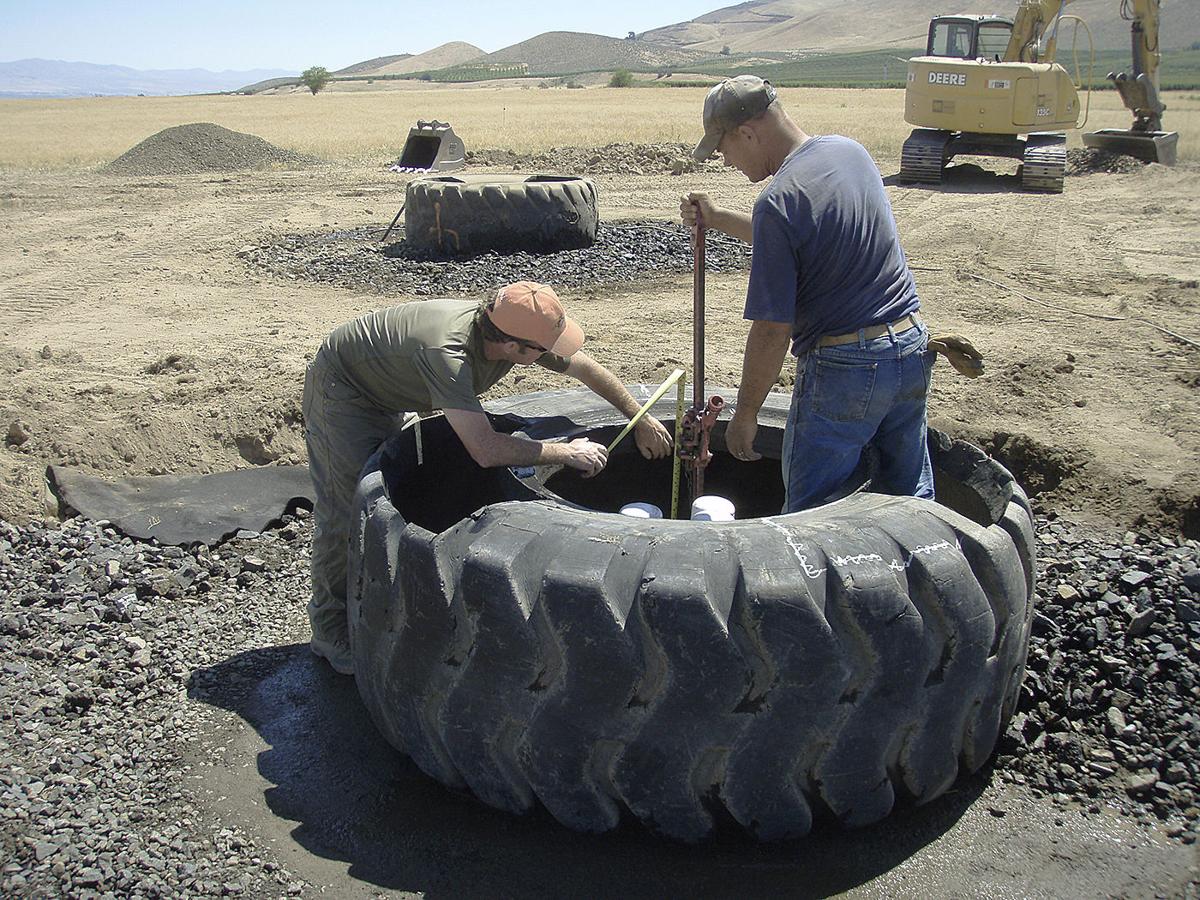 Instream bank protection is seen along the Autahnam Creek near Yakima, Wash.

YAKIMA, Wash. — Mike Tobin, manager of the North Yakima Conservation District, works with ranchers throughout the area, including a recent project along Ahtanum Creek.

The district coordinated with several stakeholders on a project to address environmental challenges.

By bringing together landowners, the Yakama Nation and state and federal partners, the district was able to design and implement a project that would enhance more than 26 acres of flood plain.

They constructed 63 wood structures to stabilize eroding banks, 4,700 riparian plants were established and 6,530 feet of riparian management fencing built. These efforts improved in-stream habitat and water quality, averted flood damage, and are beneficial to the landowners’ agricultural use.

The first part of the project, on Jack Field’s ranch, was finished several years ago.

“He was starting a feeding operation on ground he hadn’t run cattle on before, and that land had a riparian water right,” Tobin said. “Jack was using the creek as a water source for cattle in winter but it had down-cutting and steep banks; it was hard for cattle to reach the water. Jack needed an alternative water source.”

A series of projects began after communicating with Field to find out how he wanted to operate, be economically viable and protect natural resources at the same time.

“The land he was leasing was in poor shape, but he’s now improved it 10-fold,” said Tobin.

“Jack has a unique situation; the ground is leased from the Yakama Nation and Ahtanum Creek is steelhead and bull trout habitat. As a conservation district we are often the go-between/middleman in assisting landowners in becoming environmentally compliant in securing permits necessary to do the work,” Tobin said.

The preferred alternative was to drill a livestock water well in a location central to the cattle operation, and away from the stream.

“That permit was granted by the Yakama Nation because they knew this project would move cattle away from the stream and protect that resource,” Tobin explained.

It would also make better utilization of the land.

“Not only would Jack no longer have to fight ice and watering problems (and losing cattle in the stream in winter) but this led into complementary projects for pasture management,” Tobin said. “We built fences to divide pastures, using the centralized water to serve several pastures.”

Ahtanum Creek lacked certain elements necessary for good fish habitat. There were no large trees to provide shade — and shade is necessary for the proper water temperature in summer. It also needed a buffer.

This meant a managed fence.

“Forage in the riparian area can be used by cattle, but we must be specific about when and how long they use it. We also created a unique pasture that was connected with the floodplain. Jack can get multiple grazing periods because it is very wet early in the spring — almost sub-irrigated,” Tobin said.

“We looked at this creek in terms of what we might do to improve it for steelhead, and connected the idea of a healthy riparian area with halting erosion on the ground that was producing Jack’s forage,” Tobin said. “We could strategically place wood debris and irrigate longer on that floodplain pasture.”

Jack could then get more forage by repeated grazing throughout the year.

This was accomplished by placing a simple log jam to back up the water to sheet-flow across the 27-acre floodplain repeatedly during the spring. This created more forage without having to build an irrigation system.

For the offsite water source, solar panels provide power for the pumps, and water troughs are large recycled tires, which helps keep water from freezing during winter.

“Several projects, over several years, built a larger, more comprehensive action that everyone was happy with. Jack was using adjacent properties along this stream, and as the lessee was able to get in the door with those landowners and get them involved in the stream restoration,” said Tobin.

The end result was a great partnership for a farm-friendly project that also improves fish habitat.