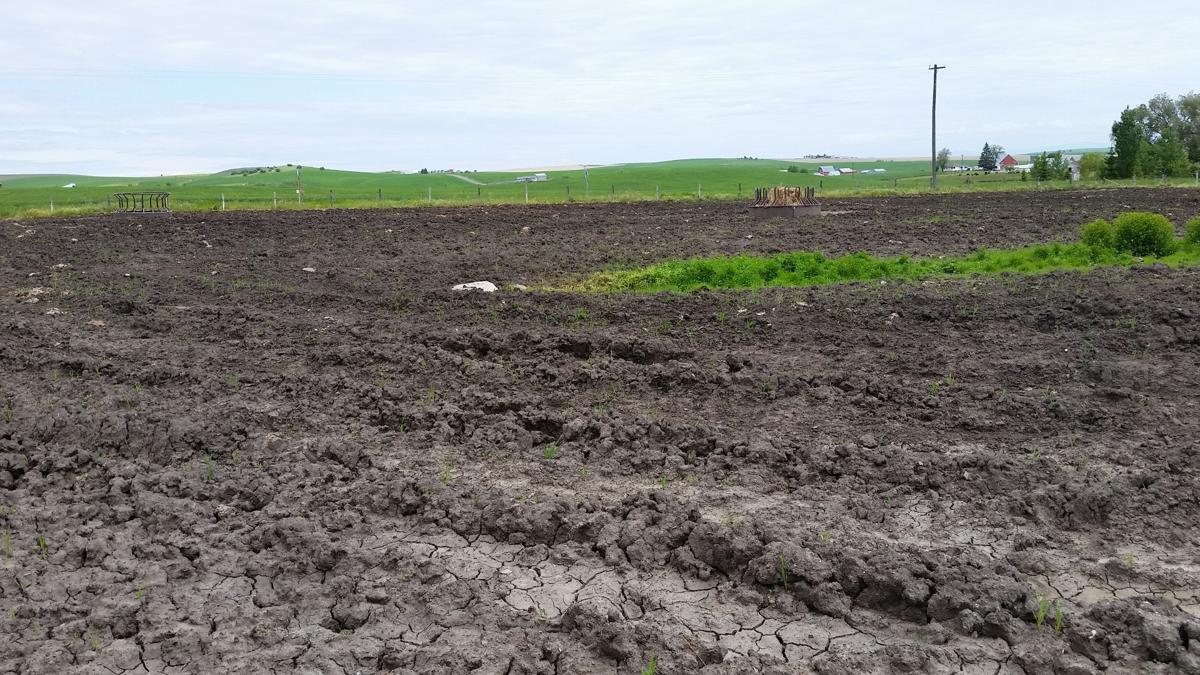 Before: Cattle fed on a dirt surface, which became muddy during the winter. 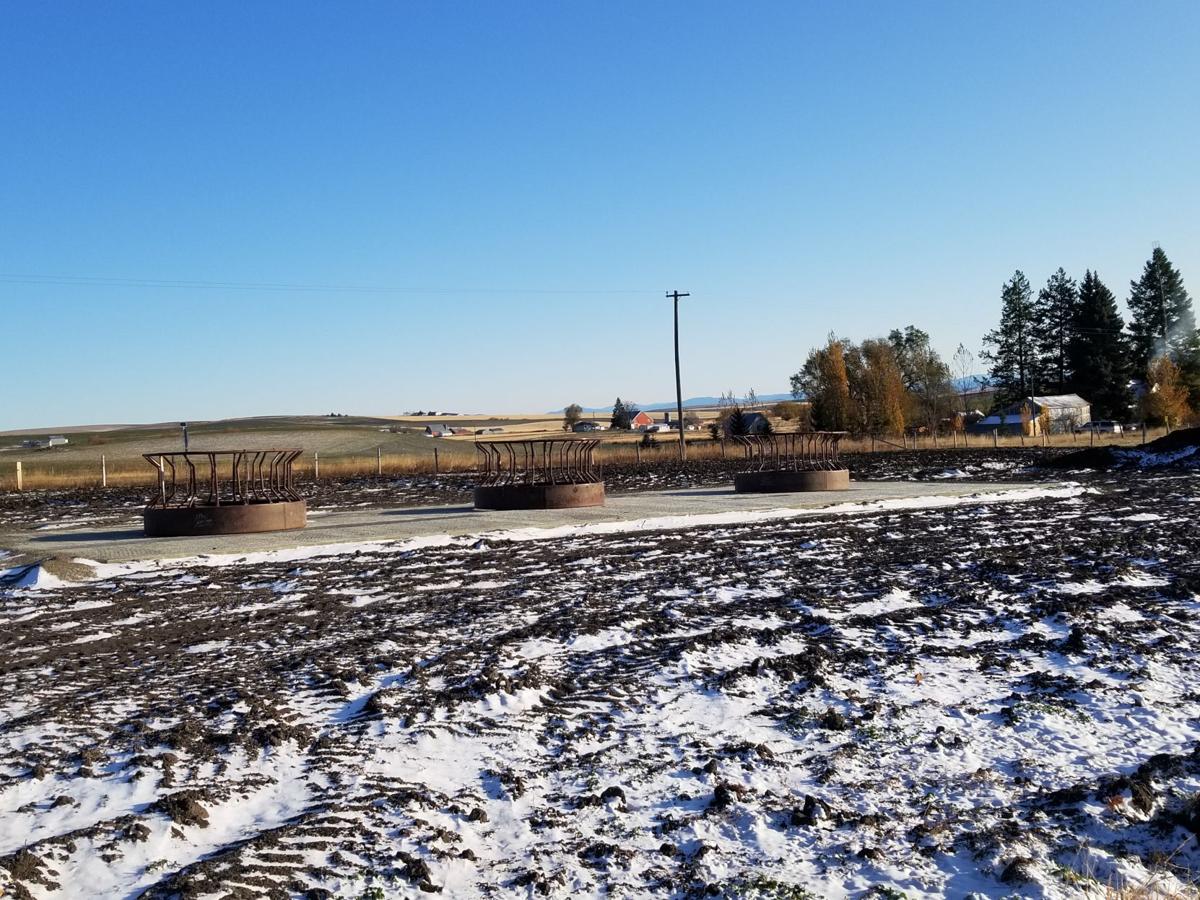 After: A concrete feed pad will keep the cattle out of the mud that ran into the creek.

Eileen Rowan, a technical expert for the Soil and Water Conservation District in Idaho County, has been working with landowners to plan various projects aimed at clearing the water in the region's creeks and rivers.

The current Red Rock Creek Project is funded through a grant from Idaho Department of Water Quality, with the goal of reducing pollutant loads in Red Rock Creek, Cottonwood Creek and ultimately the South Fork of the Clearwater River.

“Over the years we’ve worked on upland cropland projects, but are now focusing more on waterways, with an emphasis on livestock projects,” says Rowan.

“This current project started with one landowner within the Rock Creek watershed asking for assistance. We looked into funding options, and checked with other ranchers within this watershed and ended up with 16 different livestock producers who were interested," Rowan said.

They then applied for a Section 319 water quality grant from the Department of Environmental Quality, she said.

“We started writing contracts for implementations in September 2019 and are hoping to eventually get more funding so we can work with all 16 landowners," she said. "The funding we got in September will only work for about eight of them to help reduce sediments, nutrients and bacteria going into Red Rock Creek, which flows into Cottonwood Creek and then into the Clearwater River."

Red Rock Creek runs through most of the 16 properties, which are cattle operations. The project involves fencing to keep cattle out of the creek during winter. This means creating off-stream water sources for those cattle, delivering water that won’t freeze.

“We’re also putting in gravel access roads so that when the ranchers drive into those areas with hay for the cattle they are not driving through mud—which creates ruts and a path for water-runoff and sediments into the creek. Gravel access roads can help prevent this problem,” she explained.

Concrete heavy-use feeding pads are also being installed, to provide a clean, solid surface for cows to eat on, when confined in these areas for winter feeding.

“At the end of winter, or periodically through winter—depending on how many cows they have—the ranchers can pick up all that manure very easily off the concrete pads, to stockpile," she said. "Then they can apply the manure later to cropland rather than having that bacterial load and nutrients go into the creek.”

The manure is valuable as fertilizer.

“When we started working in the Cottonwood Watershed in 2001, most of our projects were on cropland—such as no-till and nutrient management to reduce erosion and loss of nutrients into streams—but these were on the uplands and not right next to the creek," she said. "We found that those upland practices, while great, were not making as much improvement to water quality as we thought they might, because they are so far away from the streams.”

More progress can be made, quicker, dealing with issues closer to the creek.

The offsite water systems include spring developments and adaptations of existing water supplies.

“If the farm house is close enough and has an adequate well, we can use it for the cattle-watering systems,” she said.

There are several types of automatic waterers for cattle that won’t freeze in winter.

As of December, one producer’s project was finished and two others were started—but will halt during the winter feeding period and finish in summer when the ground isn’t frozen and the cattle are dispersed for summer grazing.