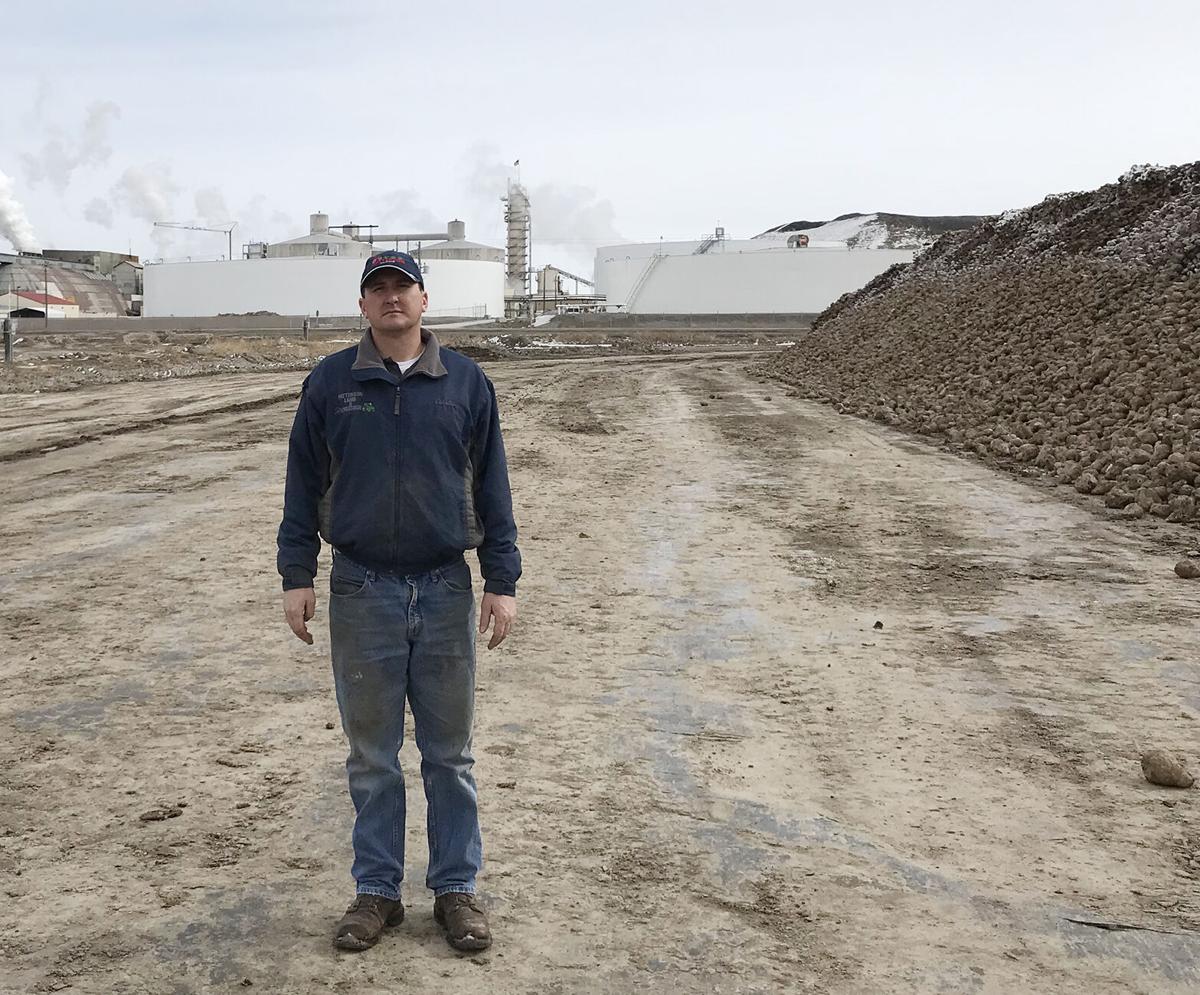 Zach Patterson at the Amalgamated Sugar plant near his farm. 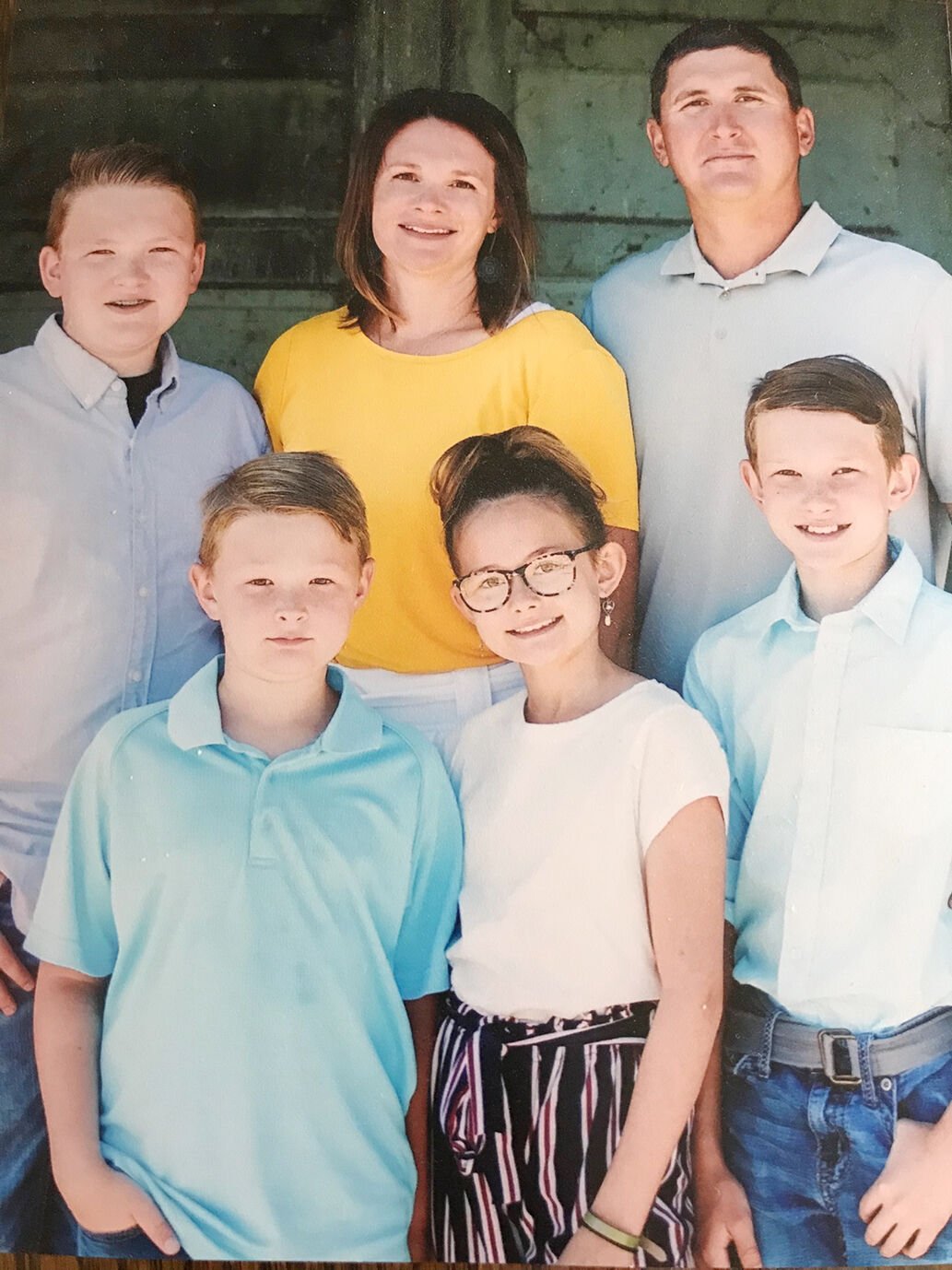 Zach Patterson and his family.

Zach Patterson at the Amalgamated Sugar plant near his farm.

Zach Patterson and his family.

Zach Patterson and his family have been growing sugar beets in southern Idaho for decades.

His grandfather first farmed in Utah, then moved to Idaho in 1981, the year Zach was born.

“Our family had cattle, and started growing sugar beets after they moved here. My dad and uncle worked at the sugar factory to supplement farm income,” Zach said.

“By the time I was 12 we had about 150 acres of sugar beets and I helped spray, with a 4-wheeler — using a 50-gallon tank with a 12-row sprayer to get rid of weeds. I also helped hoe weeds and thin the beets,” he said.

“After high school, I got a bachelor’s degree in finance and served a two-year mission to Brazil for my church, returning to the farm in 2002,” he said. “By that time we had 300 acres, and in 2006 we bought more shares and now farm 580 acres of sugar beets.”

Sugar beets have changed in recent years, with better varieties and Roundup-ready beets, he said.

This saves labor and expense, he said. The tractor may be in the field a couple times rather than 9 times during growing season. This saves on diesel and reduces soil compaction.

“Our yields have skyrocketed after getting rid of competition from weeds,” he said. “The varieties we use today are also a lot better; sugar beets are now a fun crop to grow.”

Zach is involved in the political side of farming and has gone to Washington, D.C., six times lobbying for the sugar industry.

“This has been educational, learning more about sugar policies and how they affect the growers and users,” he said.

“We grow sugar beets, corn, hay and wheat—but sugar beets are what keeps our farm and our community going.”

Southern Idaho has nearly 180,000 acres of sugar beets and it’s a huge crop for the economy.

“Our farm is 7 miles from the Mini-Cassia plant in Paul, Idaho,” he said.

Of the three plants Amalgamated Sugar owns, this is the biggest.

“We deliver most of our beets right to its doorstep,” he said. “Farmers pile beets at harvest, then all winter long try to get them hauled to the factory and sliced before it gets too warm in the spring. We have good natural storage; cool weather keeps the beets cool.

“I lease ground to neighbors who grow potatoes, then I follow that with beets. We also have dairies around us so we grow corn for them and put manure on our fields. Too much fertilizer can hurt sugar levels in the beets, however, so we have to watch nitrogen levels,” Zach said.

He and his wife, Amy, have four children — Bryan, Isaac, Gracie and Sam. Their oldest son is 16; the youngest is 10.

“I’m involved with our company’s youth program; Amalgamated gives farm kids a share. The farmers got together and bought the company in 1997 and it’s a co-op. To grow more acres of sugar beets you have to own more shares,” he said.

“Right now, shares are hard to come by, but the factory will give young people a share if a farmer is willing to sponsor them. So I give my kids a share and the factory matches it. So, each of my kids get to grow 2 acres of sugar beets every year,” he said.

“They have to pick a research topic about sugar beets, and present it. My kids have gone with me to Washington, D.C., and enjoyed doing research projects on everything from GMOs to sustainability. They also have to put together a budget for their own acres, so this has been very educational and a way to get them involved,” Zach said. “We have a good youth program and about 200 kids involved in growing shares, and this gets them exposed to the industry.”