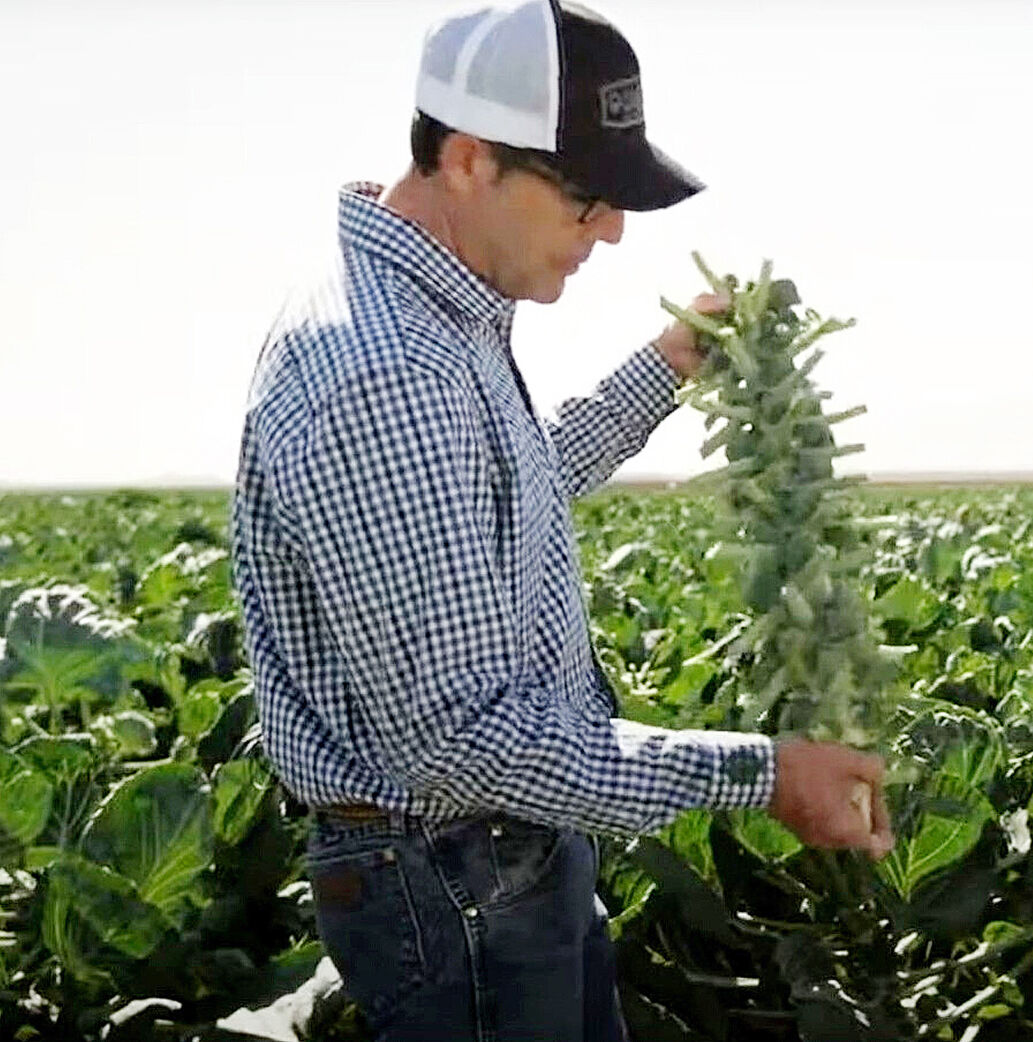 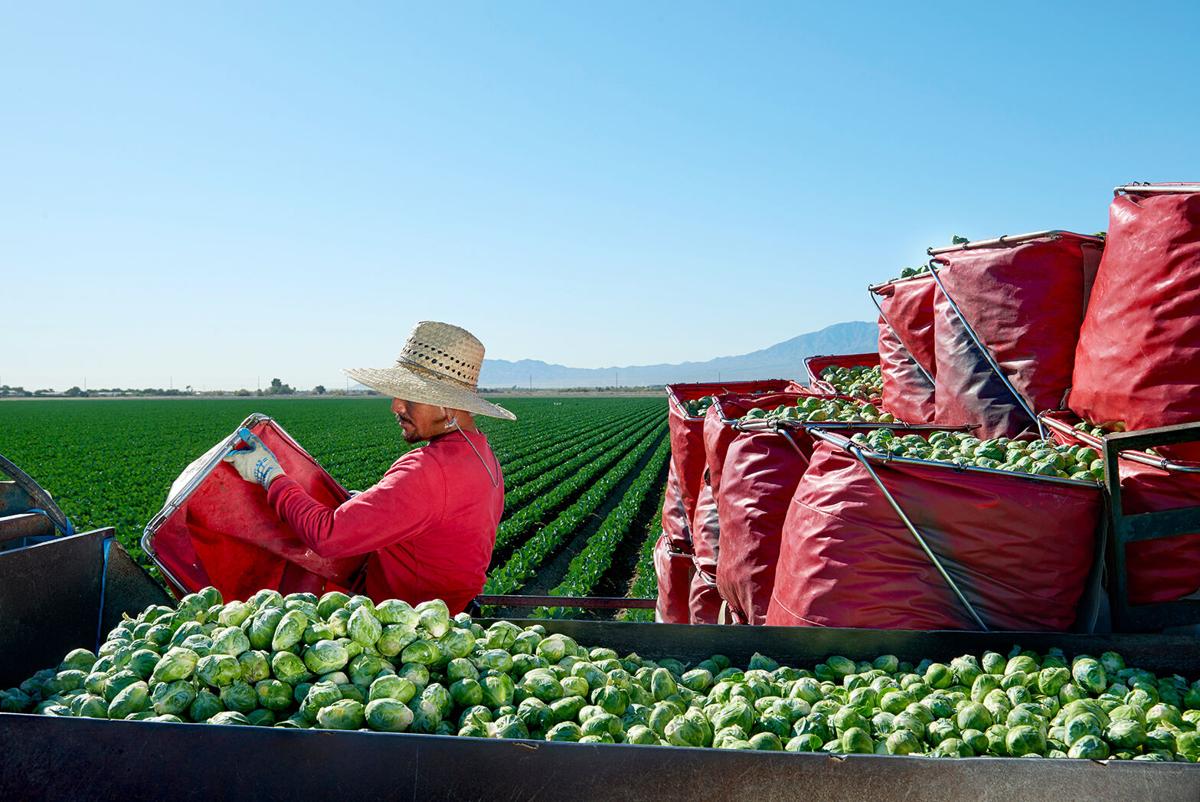 “The growing season for Brussels sprouts is around two years,” said Paul Scheid, grower and vice president of production at Ocean Mist Farms in Castroville, Calif. “There are about 10 to 15 of these ‘mini cabbages’ on a 3-foot high stalk.”

The main growing season is from mid-June to the end of December on the Central Coast.

Growers extend that growing season to year-round production by farming Brussels sprouts in Southern California and the desert growing region during the winter and spring months.

Ninety percent of America’s Brussels sprouts come from California, and Ocean Mist Farms produces approximately 1,855 crop acres annually in Castroville, Coachella, Oxnard and Oceanside, depending on the time of year.

The Netherlands has long been the world leader for Brussels sprout production.

“Our biggest pest problems are worms and aphid,” he said. “The diamondback caterpillar has been particularly challenging to control the past three years because of its affinity for cabbage family crops like Brussels sprouts.”

Worms and other pests are not the only challenges facing California’s agriculture. Scheid says water and labor issues are in the mix.

Ocean Mist’s Brussels sprouts are hand harvested from each stalk that grows on the plant, then machine sorted by size on the harvest equipment in the field. The stalks are tilled back into the ground and used as organic matter for continued soil health.

All sprouts on the stalk are not the same size. Scheid says it is his goal as a grower to produce uniform-sized Brussels sprouts for the various pack styles.

However, in general there are three sizes, fancy (small), regular and jumbo. Each size is found on a specific part of the stalk.

“The upward trend for Brussels sprouts is a result of new methods of cooking and flavors, especially bacon, used to prepare,” he said. “Roasting and sautéing versus the boiling of years past have elevated the eating experience of this vegetable.”

Ocean Mist Farms is also known as the largest grower of fresh artichokes in the U.S. They are grown year-round in Castroville, Oxnard and Coachella in addition to Baja California.