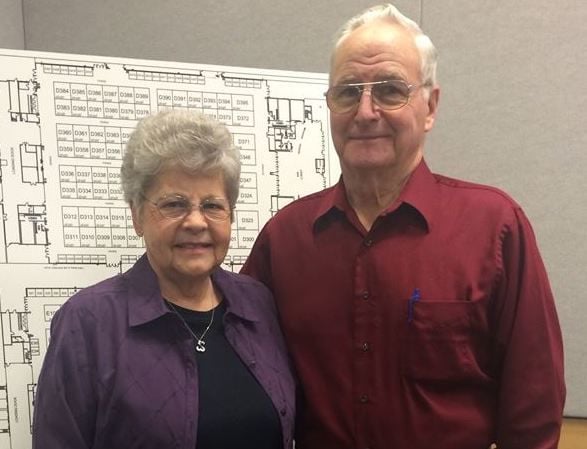 Jim and Shirley Heater operated the Northwest Ag Show for many years. 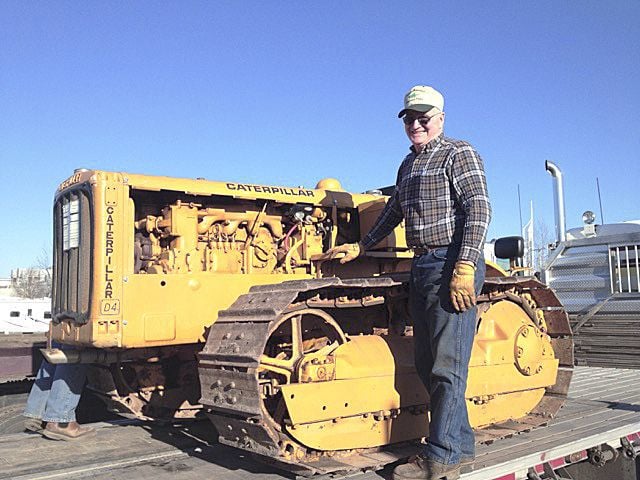 Jim Heater, one of the founders of the Northwest Agricultural Show, helps move an antique Caterpillar tractor at the show. 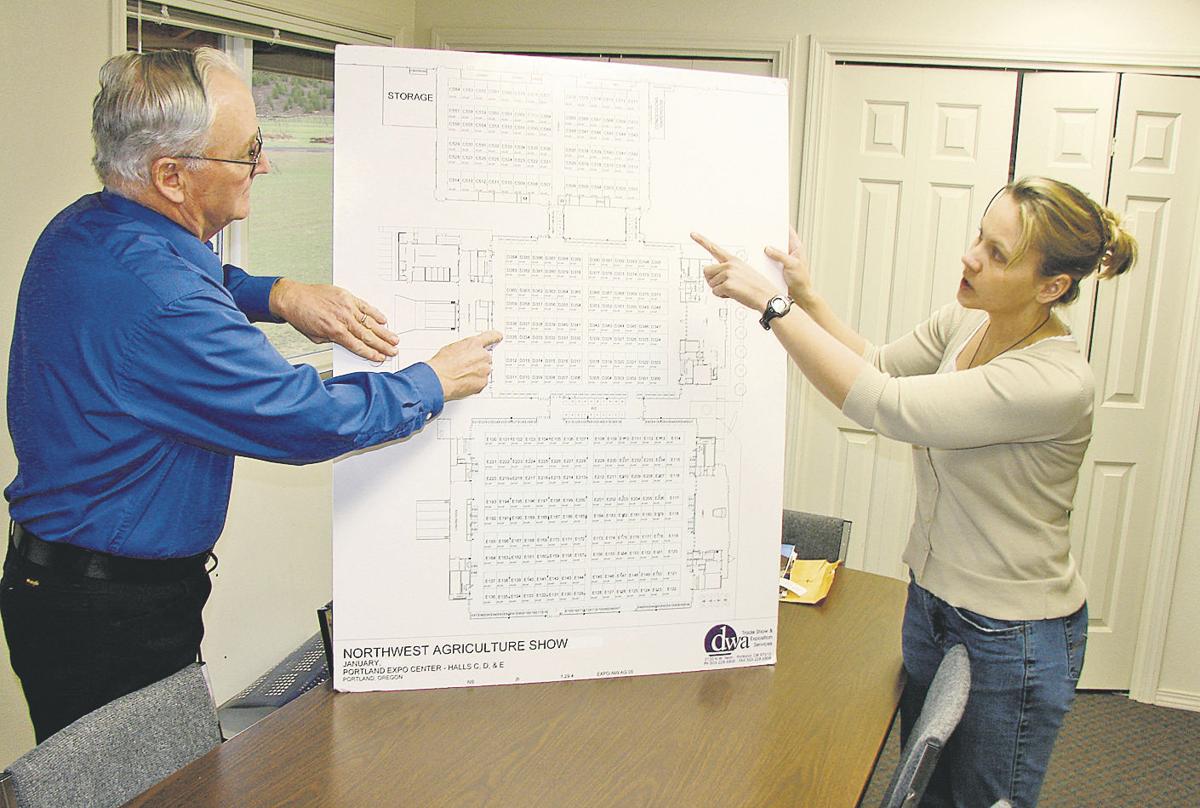 Northwest Agricultural Show founder Jim Heater and his daughter and co-manager Amy Patrick review the exhibitor floor plan of a past show.

Jim and Shirley Heater operated the Northwest Ag Show for many years.

Jim Heater, one of the founders of the Northwest Agricultural Show, helps move an antique Caterpillar tractor at the show.

Northwest Agricultural Show founder Jim Heater and his daughter and co-manager Amy Patrick review the exhibitor floor plan of a past show.

It started in 1969 as a way to increase attendance at the Oregon Horticultural Society’s annual meeting.

That it did. And 50 years later, the Northwest Ag Show stands as one of the longest-running farm shows in the U.S., attracting well over 100 exhibitors and welcoming thousands of patrons through its gates each year.

Ironically, the show may have never gotten off the ground were it not for what Jim Heater, who helped run the show for many years, described as “me and my big mouth.”

As Heater explained, members of the Oregon Horticultural Society were concerned that attendance at its annual meeting was dropping and were looking for a way to reverse the trend.

“So, me and my big mouth said, ‘Well, if we put together an equipment show like they have in Tulare, I think we’d have lots of people,’” Heater said. Tulare, Calif., is home of the farm show now called the World Ag Expo.

After some discussion, Heater said the group turned to him and said, “OK, you’re in charge of putting together a show.”

The World Ag Expo, which draws over 100,000 visitors to Tulare each February, had started just a year earlier, in 1968, and Heater and Lloyd Martin, a researcher from the Oregon State University North Willamette Research and Extension Center, attended to see if they could pick up pointers.

“We came back with some ideas and started looking around for a place to hold the show,” Heater said.

They decided on the Oregon State Fairgrounds and Columbia Hall. One problem: Columbia Hall hadn’t been completed yet, and contractors weren’t sure it would be ready in time for the show.

“Lloyd and I met there about every other week to see how they were doing and coax them along,” Heater said. To the good fortune of the Oregon Horticultural Society, Columbia Hall was finished in time to host the inaugural Northwest Ag Show.

“We had I think 28 or 29 exhibitors,” Heater said, “and we had a couple of people on the blacktop out front. Attendance that first year was only a shade over 800. But we had good feedback from the exhibitors and folks who attended.”

One thing became clear early on, Heater said: the show needed more space. So, by the next year, 1970, the show was moved to Portland’s Memorial Coliseum.

“We were there for eight years,” Heater said. “Memorial Coliseum was excellent for us.”

Eventually, show organizers wanted to add days, something Memorial Coliseum wasn’t willing to provide, so they moved to the Portland Expo Center, which is where the show remained for the better part of the next 40 years.

One issue with the Expo Center, which hadn’t expanded to its current size in those early years, was that it also wasn’t big enough to handle the show, Heater said. “It was full up to the gills with all the exhibits. We even put exhibitors up on a balcony at the end of one hall,” he said.

At one point, organizers were so hard-pressed for space they put exhibitors in an outdoor exhibit area only to have it freeze the night before the show.

“We realized at that point that it was not going to work to be out there,” Heater said. “I think there were 13 exhibitors out there, and we had to do something very quickly, so we called all of the exhibitors together and explained the situation and asked the exhibitors in the hall if they could move together a little bit and bring those folks back inside.

“In about two hours, we had the extra 13 people moved back into the exhibit hall,” he said.

Those developments so impressed the show’s decorator that he told Heater: “‘I’ve done shows all over the country, and I think you are the only show that could get away with asking exhibitors to share space and move together,’” Heater said.

“That was the way it was with the show,” Heater said. “It has been like a family, not only for us, but among the exhibitors themselves.”

Heater and his wife, Shirley, ran the show until their daughter and her husband, Amy and Mike Patrick, began managing the show in 2010. Amy by then was well versed in the show’s operations, having worked at it since she was a child.

“Our kids worked with us every year, and we always took our farm crew up there,” said Heater, who operated Silver Mountain Christmas Tree Farm for many years, as well as raising strawberries and other row crops.

The show for many years was owned by the Northwest Horticultural Congress, a group made up of the Oregon Association of Nurseries, the Oregon-Washington Nut Growers Society and the Oregon Horticultural Society. Eventually, the Nursery Association broke off and formed its own show, the Farwest Show, which Heater also ran for several years.

The EO Media Group and Capital Press began managing the show in 2018.

Asked if he initially thought the Northwest Ag Show would get this big or run this long, Heater said simply, “No.”

“Of course, we didn’t know what we were getting into, but Tulare was off to a good start, so we had kind of a model to follow,” Heater said, “and it just kept growing. We kept filling up space after space.”

A lot has changed in the last 50 years at Rankin Equipment Co.