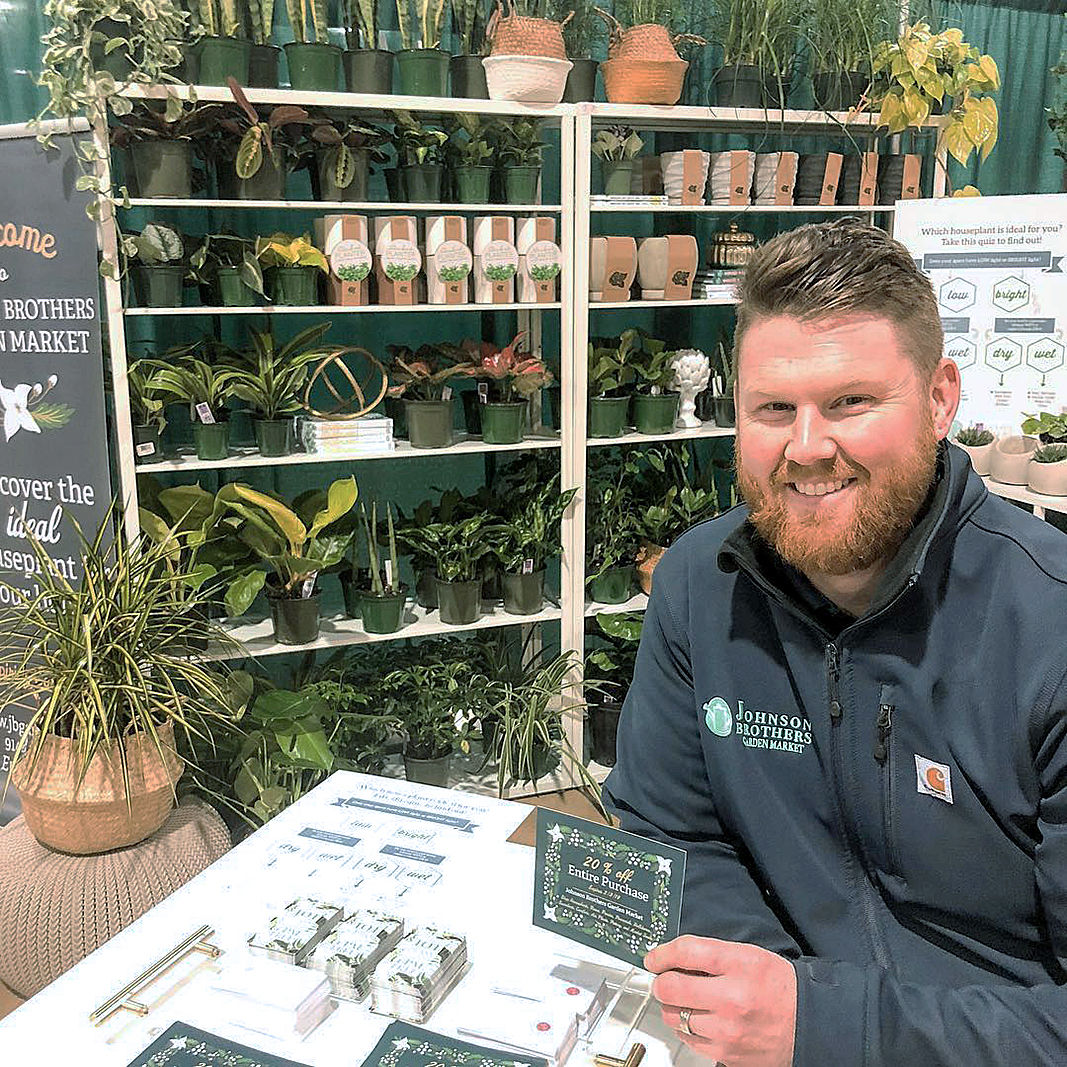 Caleb Johnson is the second-generation owner of Johnson Brothers Garden Market, and his goal is to curate an experience that is visual, interactive and educational. 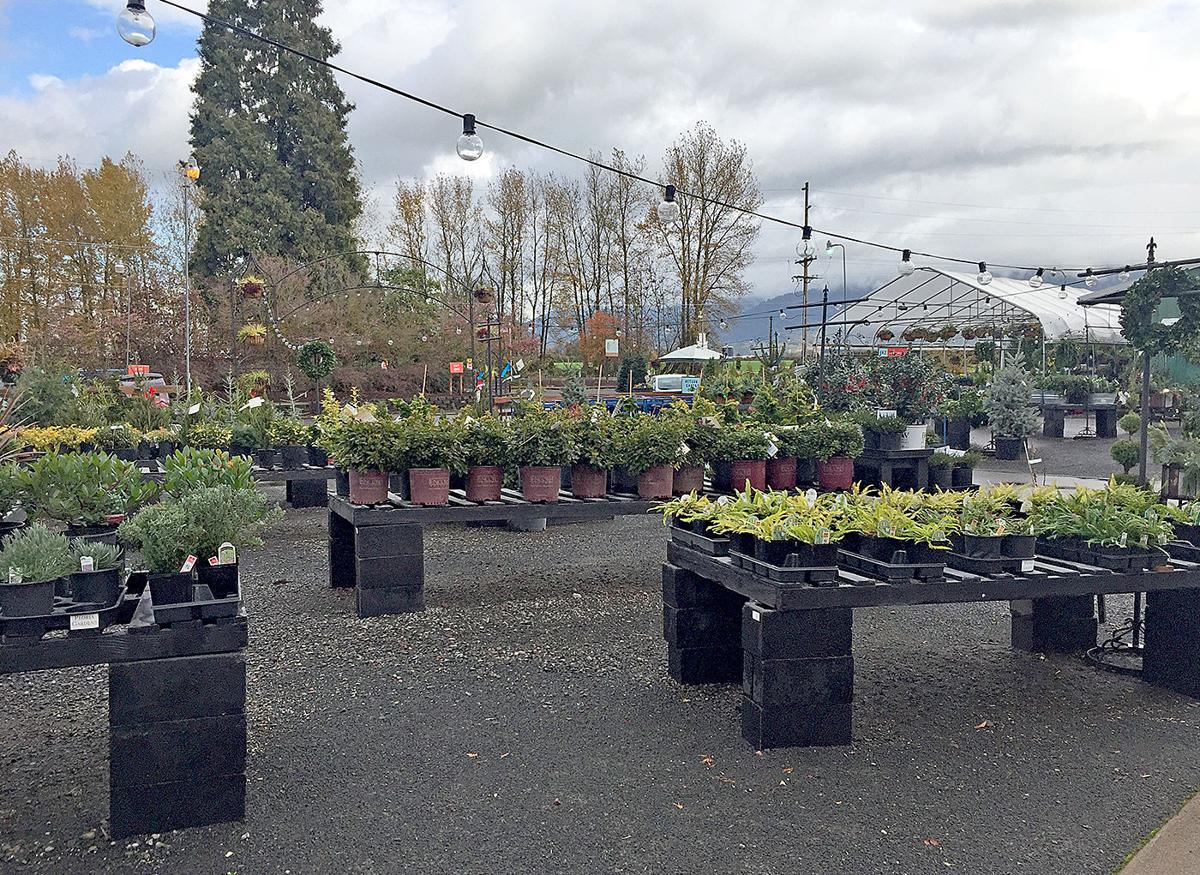 Johnson Brothers Garden Market started in 1985 with a roadside flower start stand. Now it has one of the largest selections of annuals and perennials in the lower Willamette Valley.

Caleb Johnson is the second-generation owner of Johnson Brothers Garden Market, and his goal is to curate an experience that is visual, interactive and educational.

Johnson Brothers Garden Market started in 1985 with a roadside flower start stand. Now it has one of the largest selections of annuals and perennials in the lower Willamette Valley.

COBURG, Ore. — Johnson Brothers Nursery has become a tradition and destination for gardeners. To keep it unique, second-generation owner Caleb Johnson has curated an experience that is visual, interactive and educational.

With one of the largest selections of annuals, perennials and vegetable starts in the lower Willamette Valley, Johnson Brothers Nursery also offers specialty classes and do-it-yourself projects on a variety of subjects — such as Seedlings Garden Club for Kids and a DIY Winter Container class — gardening and home products, as well as a cafe.

“Oregon is full of great nurseries and growers, and we have to take a hard look at, ‘Should we be doing this?’” He said. “That’s one of the most challenging things. We try not to chase trends ... it’s fun to find out what (customers) want, need and get excited about.”

Johnson said when he’s talked with customers about their reasons for visiting the nursery, the answers varied from tradition, to where they go when they’re sad, to family is visiting.

“We’re doing something that was inspiring people and we wanted to tap into that,” he said. “(Gardening) goes into who we are meant to be and getting back to basics, doing things with our hands.”

From that, their motto, “Inspire Garden Living,” was born.

“We can’t do that by just selling plants,” he said. “We got to do other things along with that to showcase how fun gardening and planting can be, instead of gardening being for ‘old people’ and intimidating.”

Johnson Brothers started out as a small roadside stand in 1985 specializing in vegetable and flower starts. In 2000, Vern Johnson became the sole owner of the enterprise. In 2015, Caleb Johnson and his wife, Katie, took over. Although Johnson grew up with the family business, he said he never thought taking over was a sure thing.

“My parents were OK with it either way,” he said. “I had the freedom, and wanted to go to college, get a job and live somewhere else — and I did that. I had a lot of fun in Portland being a banker, but after awhile, it wasn’t something I wanted for the rest of my life.”

His time banking introduced him to entrepreneurs, and he said that while they all worked hard, they also were able to have creative freedom and flexibility. He said it wasn’t “an overnight decision,” but in the end he and his wife wanted to work together and raise a family.

“(We had to) leave friends, sell the house, move down and jump into the business — but we did it,” he said.

The garden market sits on five acres; however, behind the six retail greenhouses are 32 more used for growing the product. Next to it are 12 acres of farmland. Johnson said they grow about 50 to 60% of their perennials and focus on, “new, specialty or different varieties that can’t be found anywhere else.” In the future, he also wants to start a lavender field.

As a farming family, the Johnson brothers stuck to their roots by providing a broad assortment of vegetable starts. Johnson said they have over 100 tomato varieties and 50 varieties of peppers.

They also grow hanging baskets, which are all custom recipes.

“It’s fun when you’re coming up with a new recipe and you’re like, ‘well, we’ll see how it does,’ and next thing you know you’ve sold through all 30 or 40 of them in the first and second weekend of selling them, and you’re like ‘Oh, that was a cool color and popular combo,’” he said. “It’s fun to see your hands-on work and the customers be excited to take it home.”