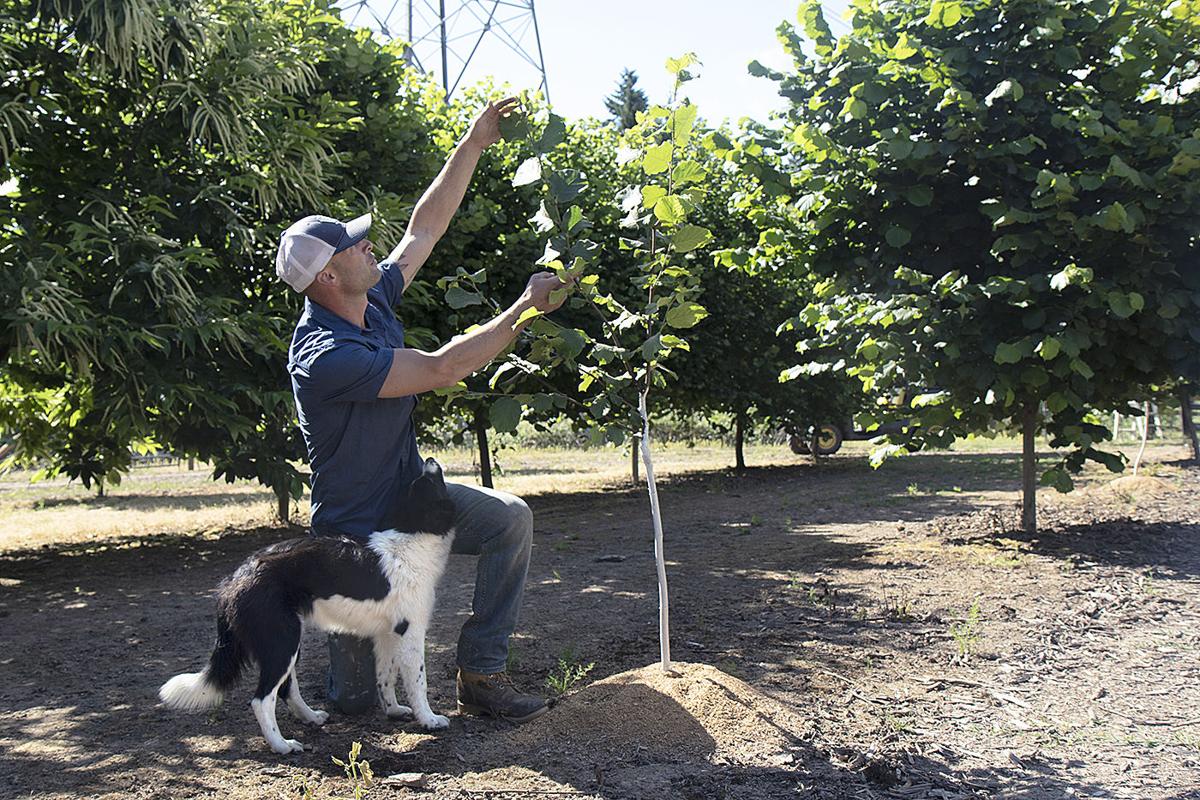 Dylan Bruck, with his dog at his side, examines a 3-year-old hazelnut tree. 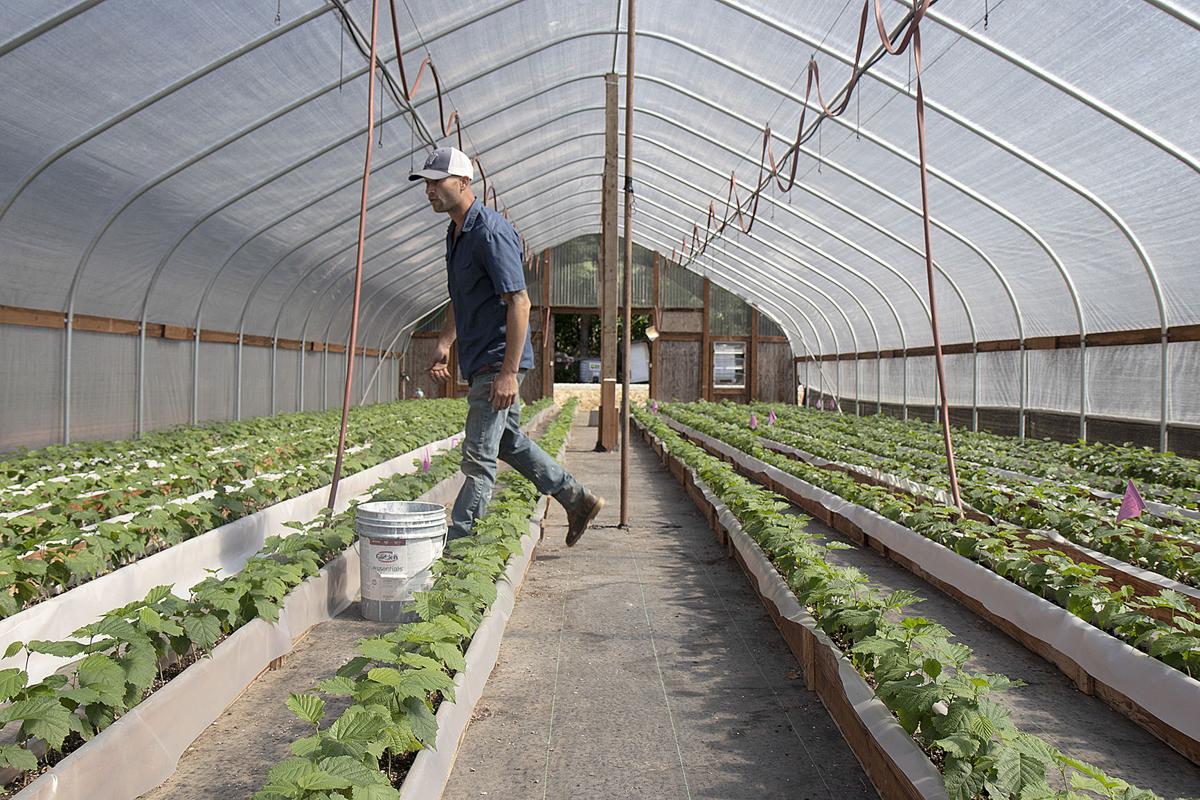 Bruck walks through one of his greenhouses. 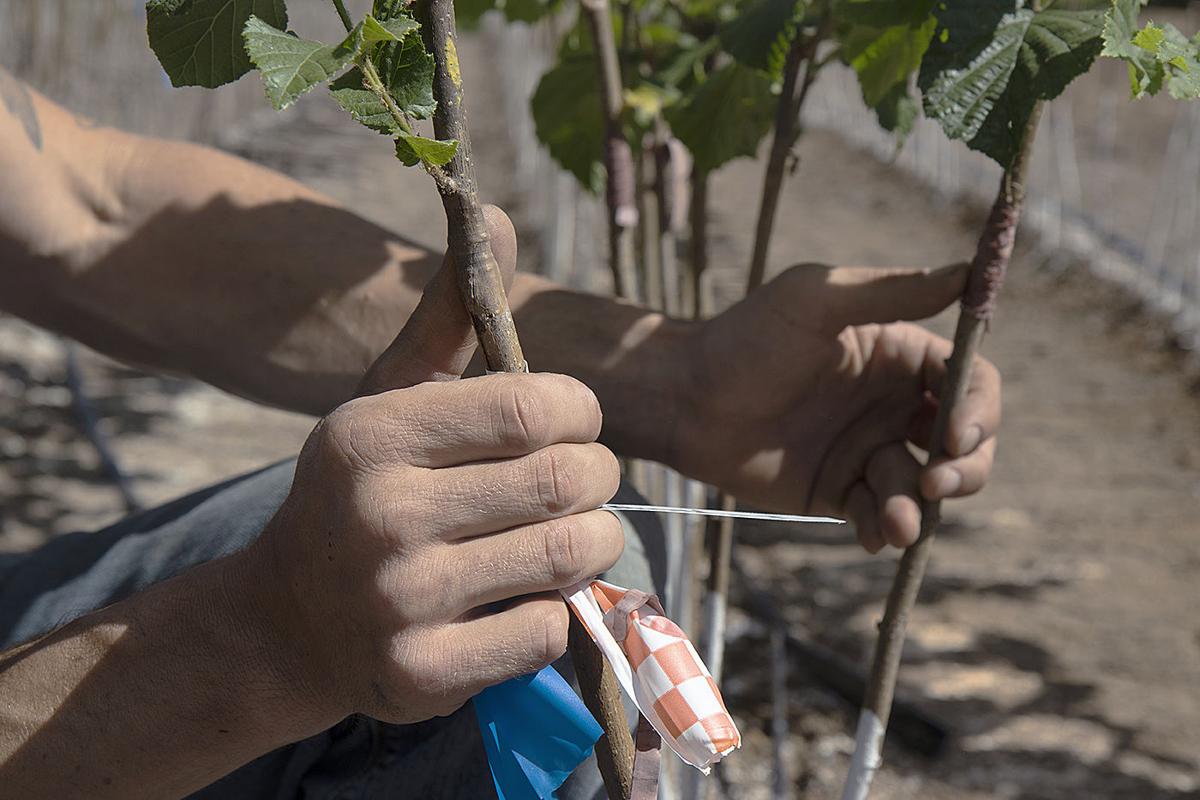 Dylan Bruck, with his dog at his side, examines a 3-year-old hazelnut tree.

Bruck walks through one of his greenhouses.

Dylan Bruck slid onto the seat of his ATV. His border collie, Zoey, leapt in after him and crawled between his legs. Bruck straightened his baseball cap and squinted at his orchards of hazelnut trees, gold-dusted by the morning sun.

“I always liked working outside,” said Bruck. “As a kid, my gloves never fit, my boots were too big. It was always hard work, but I grew into lovin’ it. I’ve got it so good.”

Although Bruck sells 210,000 pounds of hazelnuts annually, he and his family — mainly his dad, Vernon, and his brother, Jed — spend about 95% of their time running hazelnut nurseries.

The Brucks can’t keep up with the demand.

According to the Oregon Hazelnut Marketing Board, the total value growers received for their hazelnut crop in the last five years has averaged $70 million. Oregon produces 99% of U.S. hazelnuts and 3% of the world’s supply.

Called both “filbert” and “hazelnut,” Oregon’s official State Nut has catapulted in popularity since 2014, when, Pscheidt explained, there was a global shortage of hazelnuts and Oregon farmers stepped up to meet the need.

For many years, Pscheidt said, Oregon hovered around 30,000 acres of filbert orchards. In 2009, a scientific breakthrough made it possible for the industry to double in size — to more than 70,000 acres.

The breakthrough came when plant pathologists developed a filbert variety resistant to a contagious fungus called Eastern Filbert Blight, abbreviated EFB. Since the 1980s, growers had battled EFB as it devastated orchards across the Pacific Northwest.

“Those were hard times for everybody,” said Bruck. “Nobody knew what to do.”

“EFB is here to stay,” said Pscheidt. “We’re not talking eradication at all. But fungicides have more than doubled the life of many orchards, and we’re always working on new tree varieties.”

New growers continue to join the industry. More than 8,000 acres are planted each year, according to the Oregon Hazelnut Marketing Board.

“It’s an exciting time to be doing this,” said Bruck. “It’s a huge industry, but I still want to feel like we’re small-scale. When my grandpa was in this business, you made friends with your customers and you had to keep a clean name. If you sold bad trees to somebody, everybody would know about it. I still want to do things that way.”

He glanced toward his farmhouse where one of his 5-year-old twins was playing in the yard. “You know, my boys will be the sixth generation on this land. It feels special. There’s nothing like farming.”

Dutch farmers protest in The Hague against emissions policy