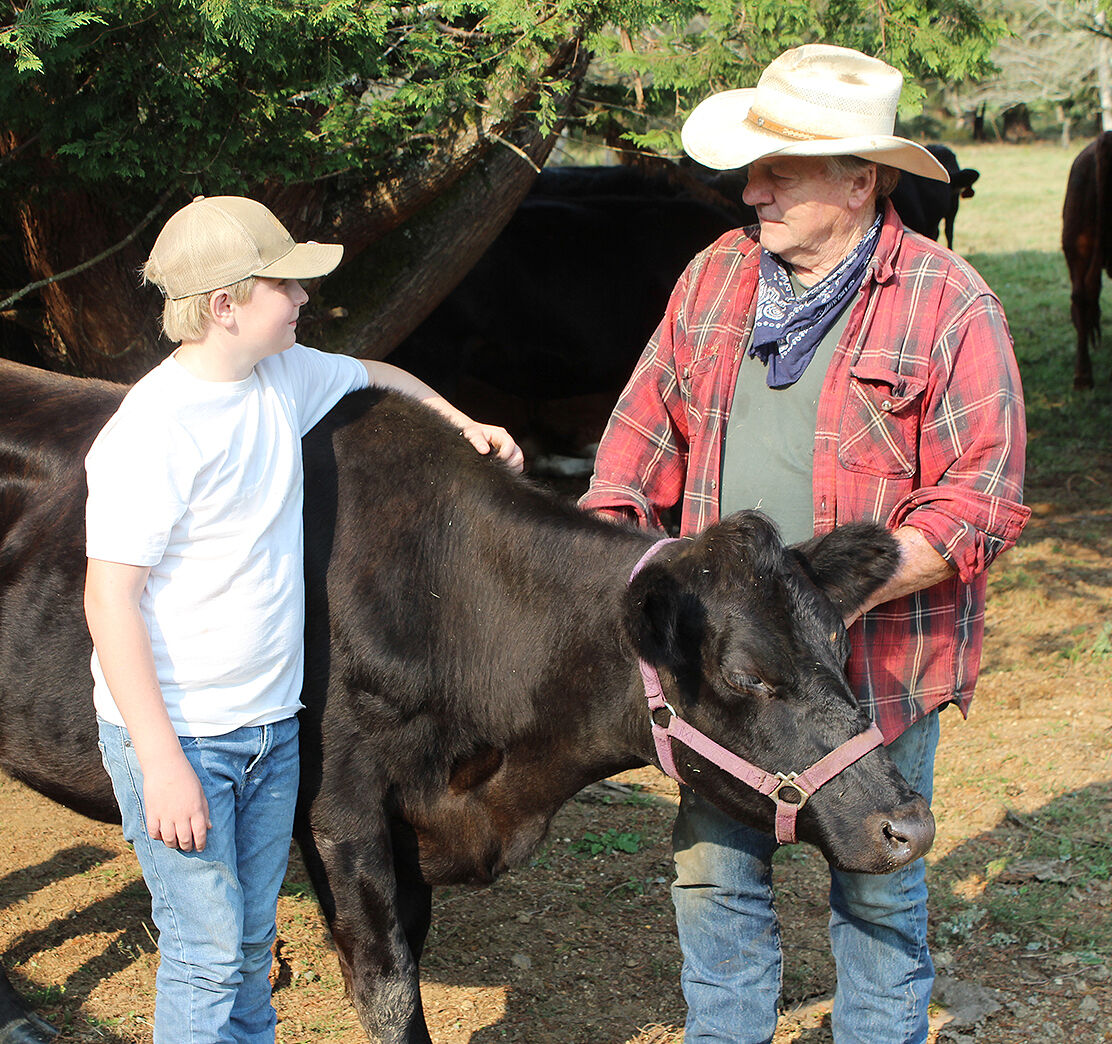 Rancher Mick Thompson gets help looking after his increased Angus herd from his grandson, Jon Henry Thompson. The younger generation helps with feeding the livestock, fixing fences and checking out the best fishing holes on Schooner Creek, he says. 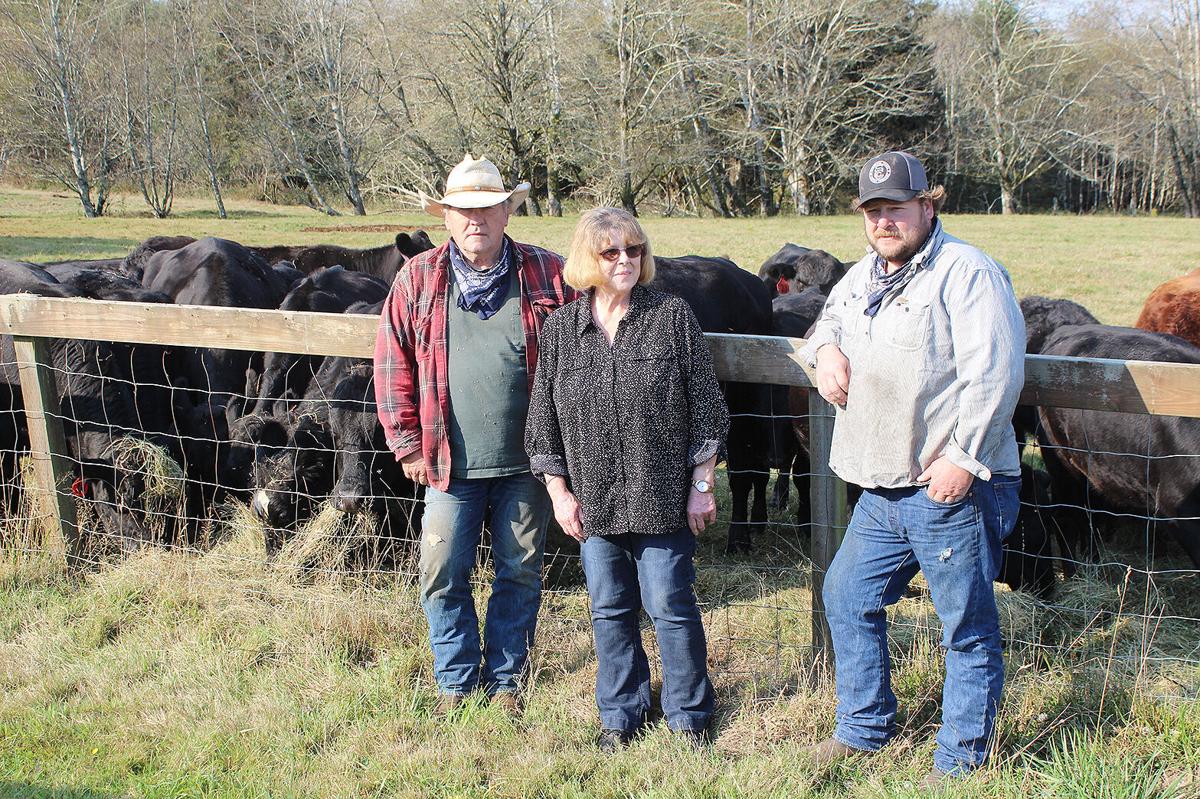 Rancher Mick Thompson gets help looking after his increased Angus herd from his grandson, Jon Henry Thompson. The younger generation helps with feeding the livestock, fixing fences and checking out the best fishing holes on Schooner Creek, he says.

LINCOLN CITY, Ore. — After several years of raising beef on their “hobby farm” for their own table and for friends, the Thompson family decided to make their cattle a business.

Mick and Norma Thompson and their son, Scott Thompson, made the change two years ago. Now the Schooner Creek Cattle Co. features a herd of 35 mother cows and two bulls.

“The pets are all gone,” Mick said of the 10 or 12 cows that used to graze the pastures along Schooner Creek on property that years ago was a dairy farm.

Mick, now 71 and a full-time rancher, had been a timber faller and a general building contractor. He’s always enjoyed having cattle and being around them, so for many years the Thompsons had a few head.

It was Scott and his wife, Angela, who suggested the idea of increasing the herd size and expanding the beef market. There was a ready-made market for the beef at Shucker’s Oyster Restaurant & Bar in Lincoln City, a business the Thompsons have owned for the past 11 years. Norma manages that business.

The cattle company has its beef processed at Mt. Angel Meat Co. in Mount Angel, a USDA certified business. Two dozen animals are sold a year to the restaurant, several are still sold to local customers, some go to auction and the best heifers are kept to replace older cows.

“In talking to people, you still hear their concerns about what is going into beef products, what is being fed,” said Scott, who works in the timber trucking and excavation business but still finds time to help his father with the cattle. “A lot of people just don’t know what they’re getting, but in our case, they can drive up Schooner Creek and when they see a cow, it’s probably ours. They can see where those cows live.”

The menu at Shucker’s states that the beef used at the restaurant is locally raised just 2 miles from the eatery.

Mick said increasing the herd has been profitable for the ranch, providing money for different ranch projects including upgrades to fences and repairing elk damage.

The Thompsons have also worked with the Lincoln County Soil and Water Conservation District in recent years to protect the banks of Schooner Creek. Fence has been built and trees have been planted along about three-fourths of a mile of the creek in an ongoing project to control bank erosion. Designated gravel bar crossings for the livestock have been built.

The work along the creek has benefited the salmon enhancement program on that waterway.

“The farm to plate routine, people like that,” said Mick of raising beef for the local area. The work also allows him to spend time with his grandson, 12-year-old Jon Henry Thompson.

“I feed the steers, help fix fence and check out the fishing holes on the creek,” the young helper said as both he and his grandfather laughed.