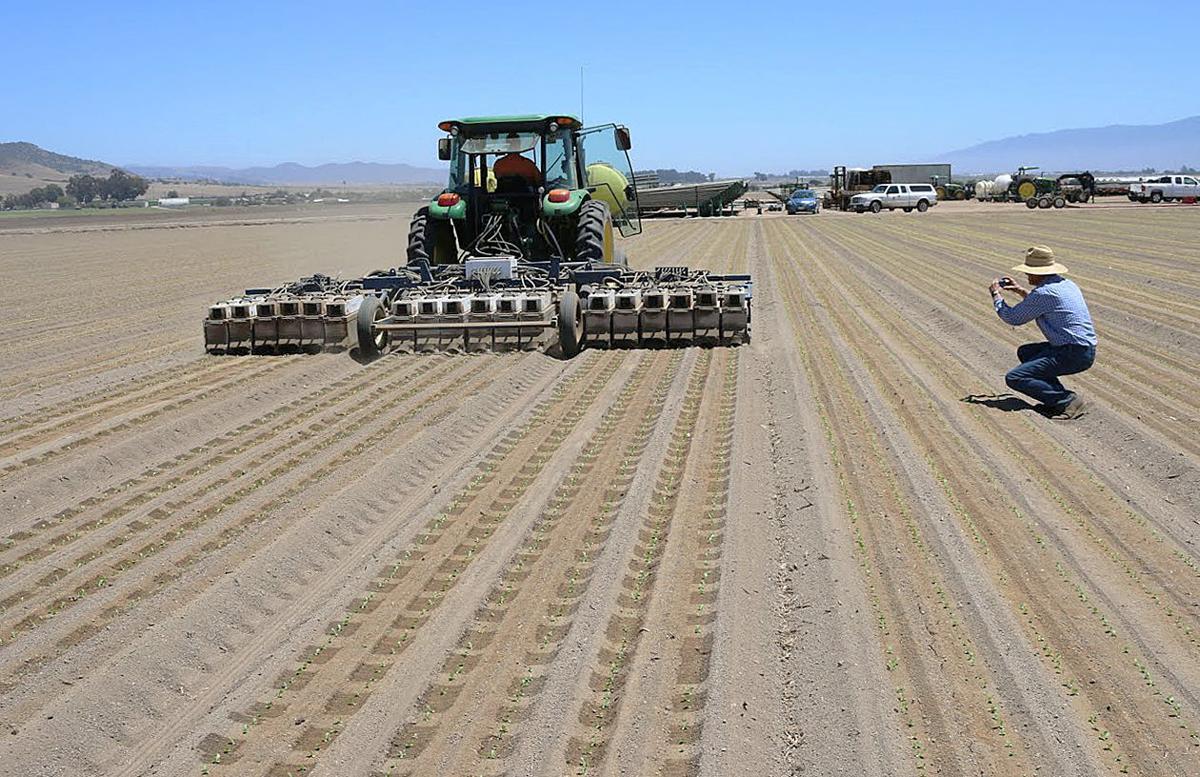 An automated thinner works its way through a field of lettuce in the Salinas Valley of California. 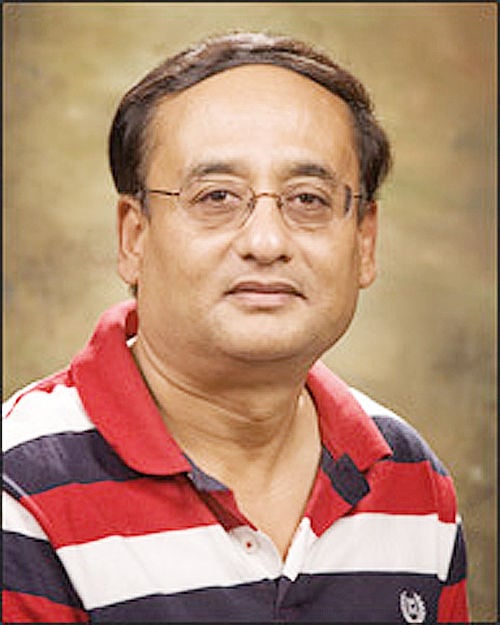 An automated thinner works its way through a field of lettuce in the Salinas Valley of California.

Monterey County in Northern California could be called lettuce central, since it supplies about 60 percent of the leaf lettuce and half of all the head lettuce grown in the U.S.

During planting, germination of the seedlings can be a problem, so growers routinely over seed, and later take out unwanted ones, so the lettuce plants are spaced evenly about 10 to 12 inches apart. This process of removal is called thinning.

In the Salinas Valley of Monterey County, many lettuce growers have been using automated thinners for lettuce, because of labor shortages and rising labor costs. Mounted on tractors, they are increasingly common sights in the fields around Salinas.

When manufacturers first began marketing the automated thinners a few years ago, growers wanted to see if it was worth investing in buying them, or paying to rent them. So researchers from California State University-Fresno and others collaborated to compare their performance with hand thinning, and found it made a significant impact.

They found manual thinning took about 7.5 hours, while an automated thinner did the job in about two hours.

“When we did this, if two plants were very close together, the machine recognized them as one and left them in the bed, but the person thinning by hand would know better,” explained Anil Shrestha, head of the department of viticulture and enology, and a professor of weed science at CSU Fresno.

“So in such cases, the grower has to send someone in to remove the doubles by hand, which takes up more time,” he added. “Machines do reduce time, but the technology is not there yet in terms of recognition.”

However, the machines have come a long way compared to early models, and currently manufacturers are working on making them recognize weeds and plants, he said.

Automated thinners, in addition to removing extras, also provide some weed control. It can be operated by one person, who can program in the spacing parameters. Based on this, the system will calculate the distance between plants, remove unwanted plants by spraying a registered product, and then move on, selecting keeper plants as it goes down the line.

A couple of weeks after the first thinning, a repeat manual process removes weeds and doubles left behind in the first round. Time savings delivered by the automated thinners can help growers, who can delegate employees to other areas such as irrigation.

“If you were to visit the Salinas area, where all the innovation is happening, you’ll see a lot of different brands of machines, with different models,” Shrestha said.

He also credits his former graduate student, Elizabeth Mosqueda, with doing much of the work on the project.