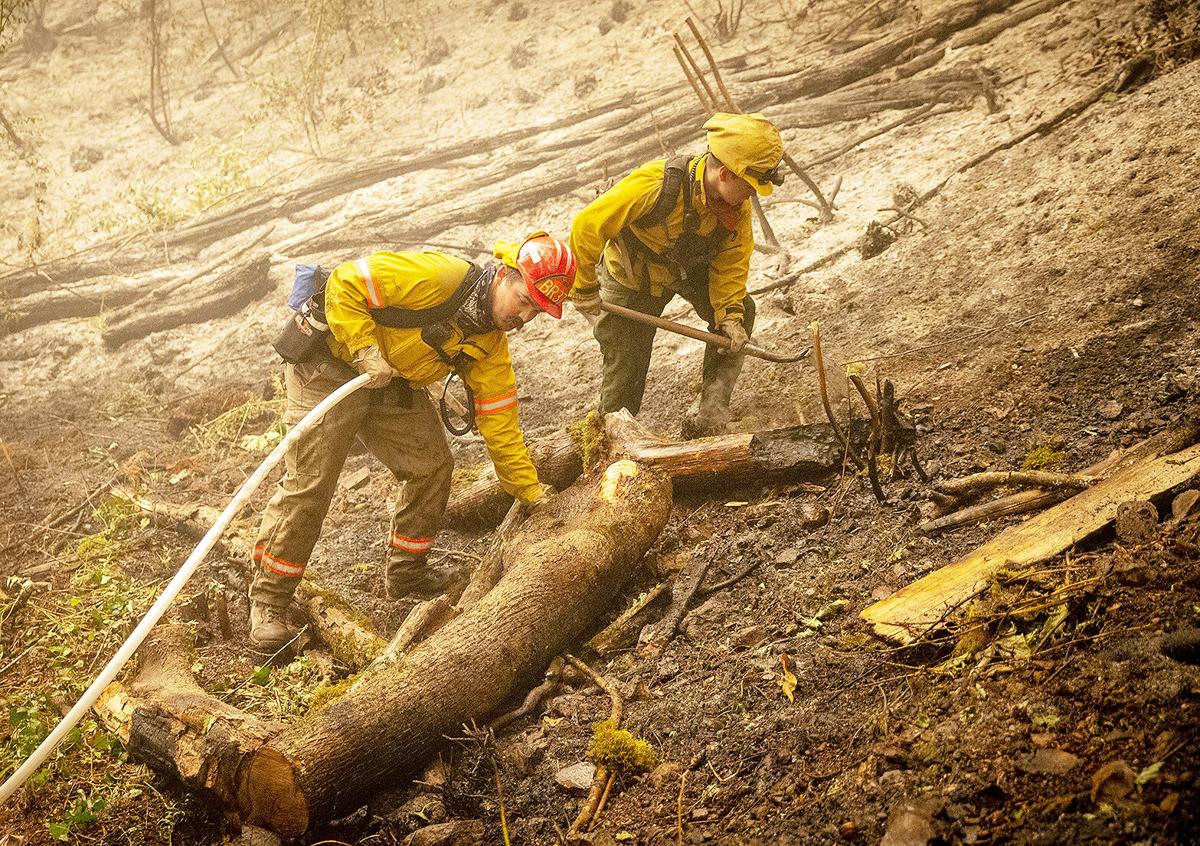 Firefighters work on mopping up a back burn near Leaburg, Ore., on Sept. 10. 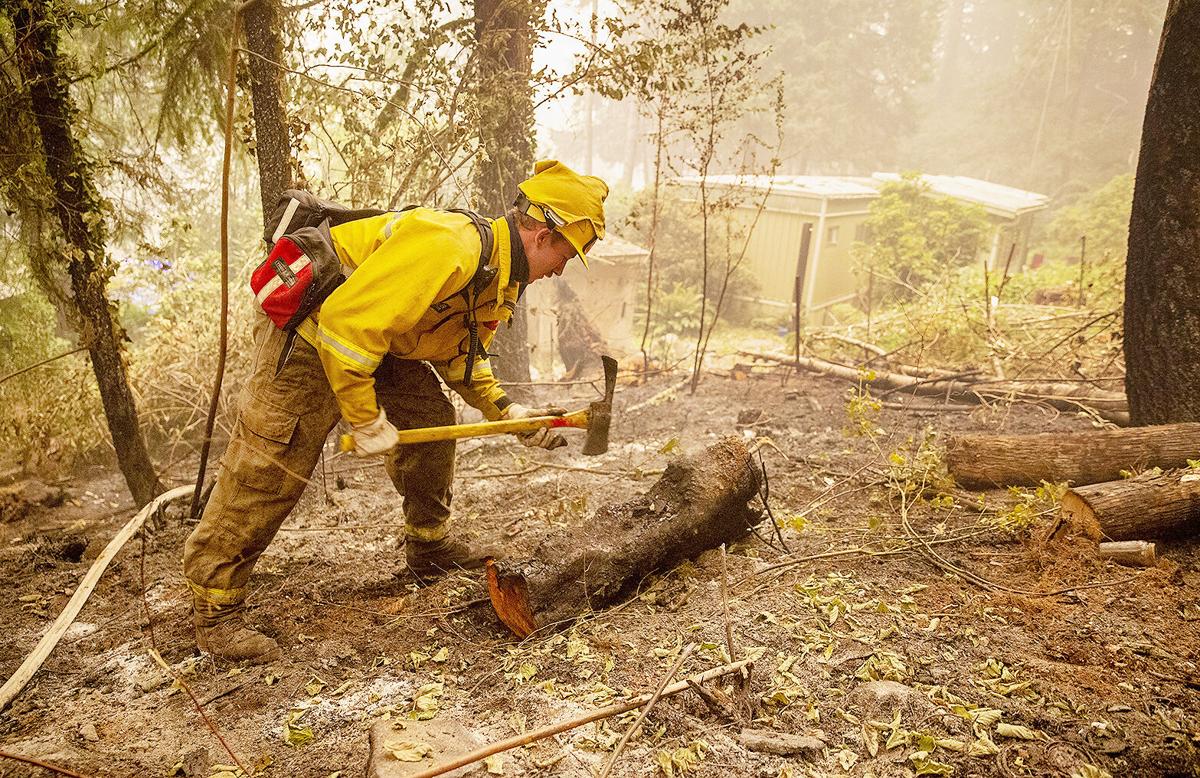 A firefighter works on mopping up a back burn near Leaburg, Ore., on Sept., 10.

Firefighters work on mopping up a back burn near Leaburg, Ore., on Sept. 10.

A firefighter works on mopping up a back burn near Leaburg, Ore., on Sept., 10.

Not only were dry fuels “ready for consumption,” but the state was facing strong east winds and a dry cold front, said Doug Grafe, ODF’s fire protection chief.

“It’s not coming off the ocean where it’s going to pick up moisture,” he said. “It’s an alignment of forces.”

ODF closed state forests to visitors, issued public warnings about the danger and conferred with state and county emergency managers about firefighting preparations.

“I don’t know even with all that readiness, that we could have perceived the depth of the fire intensity that we’ve seen,” Grafe said.

Citizens reported that some of the new fires were started by downed power lines, but the agency will need to conduct a full investigation before it’s sure of all the causes, he said.

The ODF employs 200 full-time and 600 seasonal firefighters, but with the wildfires growing out of control, the agency’s other 400 employees also joined in the effort.

Though the agency was “all hands on deck” to battle the wildfires, that doesn’t mean everyone was out on the ground extinguishing flames.

To coordinate the efforts, ODF employees were also needed to provide logistical support, public communication and other support functions.

The agency deployed 225 wildfire engines, 30 pieces of heavy equipment and 27 aircraft in its wildfire response while cooperating with other fire protection jurisdictions.

At the peak of the effort, 7,500 firefighters from all agencies were fighting the large wildfires.

Meanwhile, firefighters also had to contend with about 160 smaller fires that erupted across the state in weeks after Labor Day to prevent them from growing.

Firefighters employed by ODF are usually sent on 14-day assignments, but because of the number and extremity of this year’s wildfires, those assignments were extended to 21 days. Often, firefighters have worked up to 16 hours per day.

“We only do that under extreme circumstances,” Grafe said.

The 2020 fire season was the most devastating in ODF’s history, with 534,000 acres of forests under the agency’s jurisdiction burned.

“This is a tremendous amount of resource loss for the private and public landowners who we serve,” he said.