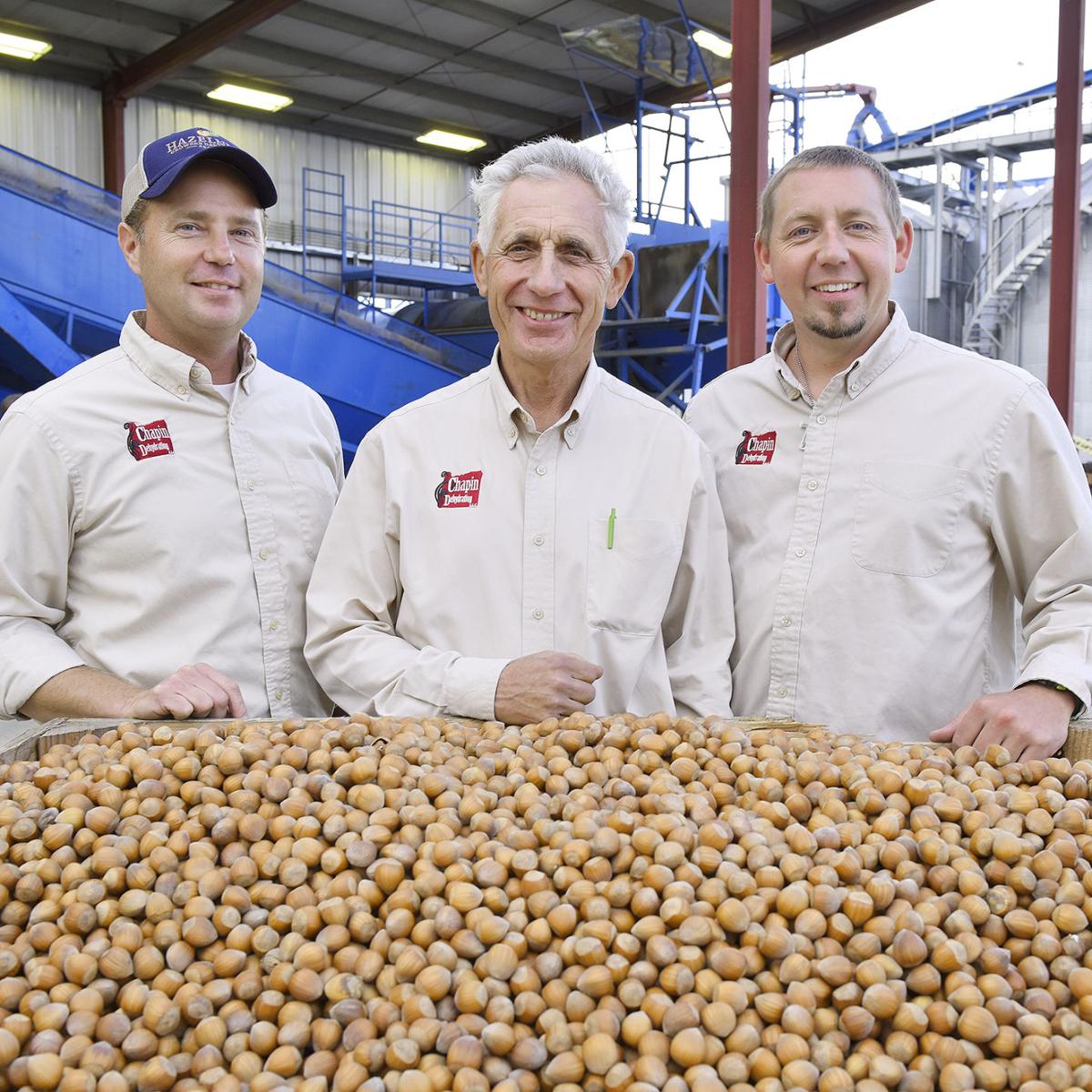 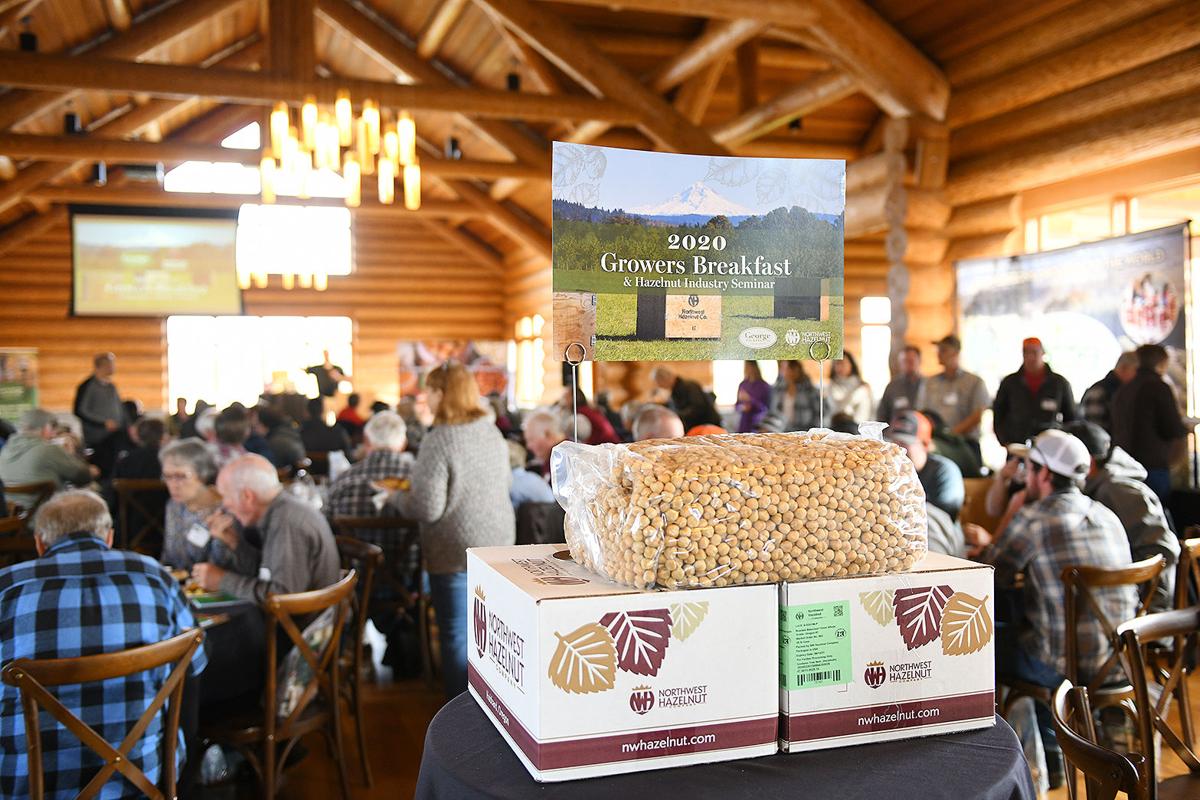 Likening Oregon hazelnuts to “the new Macadamia nut” (a premium nut in a small growing region), NWH co-owner, Shaun George, shared news of increasing export and domestic market demand for small-batch processing of nuts separated by variety saying, “We’re getting smaller as we get bigger.” He continued, “Each variety is valued for unique traits such as flavor, oil content and blanchability. We can thank OSU researchers for introducing new and better varieties for a decade now.”

On a serious note, George also revealed new stinkbug damage in last year’s crop. He referenced OSU’s Research and Extension Center, led by Nik Wiman, which identified the Samurai Wasp as a promising biological control; and encouraged growers to join the fight against BMSB by applying solutions in their own orchards and supporting the Hazelnut Research & Extension.

Austin Chapin, a third-generation grower and receiving station owner in Gervais, attended the Salem meeting. “I’m at the forefront of the stinkbug issue right now,” he explained, “and OSU researchers are collecting samples in my fields.”

“The seminar helped me understand the severity of the stinkbug problem and the need to look at our own farm in helping researchers with locations for testing, as well as sharing anecdotal evidence from our farms with researchers.”

“They also demonstrated the great work OSU has done on these new varieties and reinforced our decision to plant our newest orchards and separate McDonald from Wepster varieties for new markets,” said Chapin.