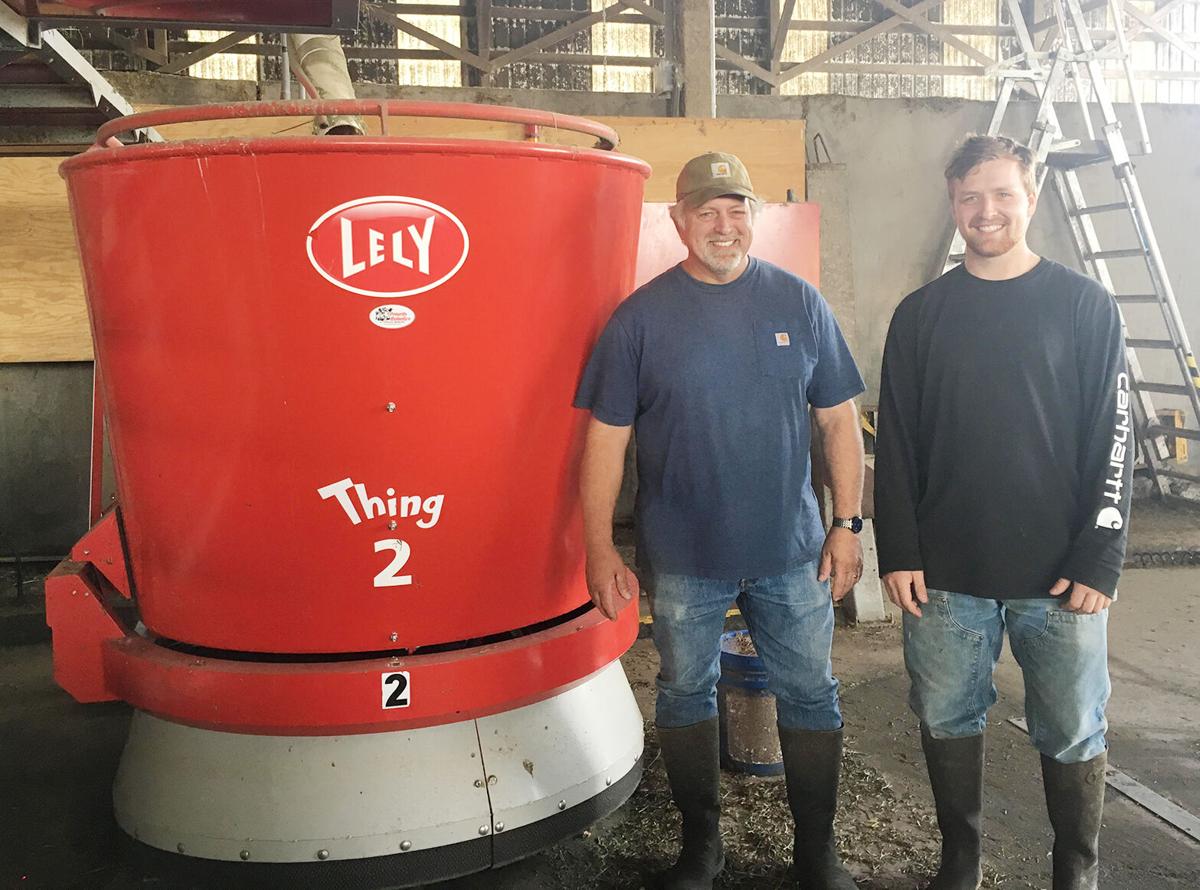 Joe and Ben Oldenkamp with their Lely Vector automatic feeder. The feeder measures the components and detects how much to add to existing feed as it passes along the feed fence. 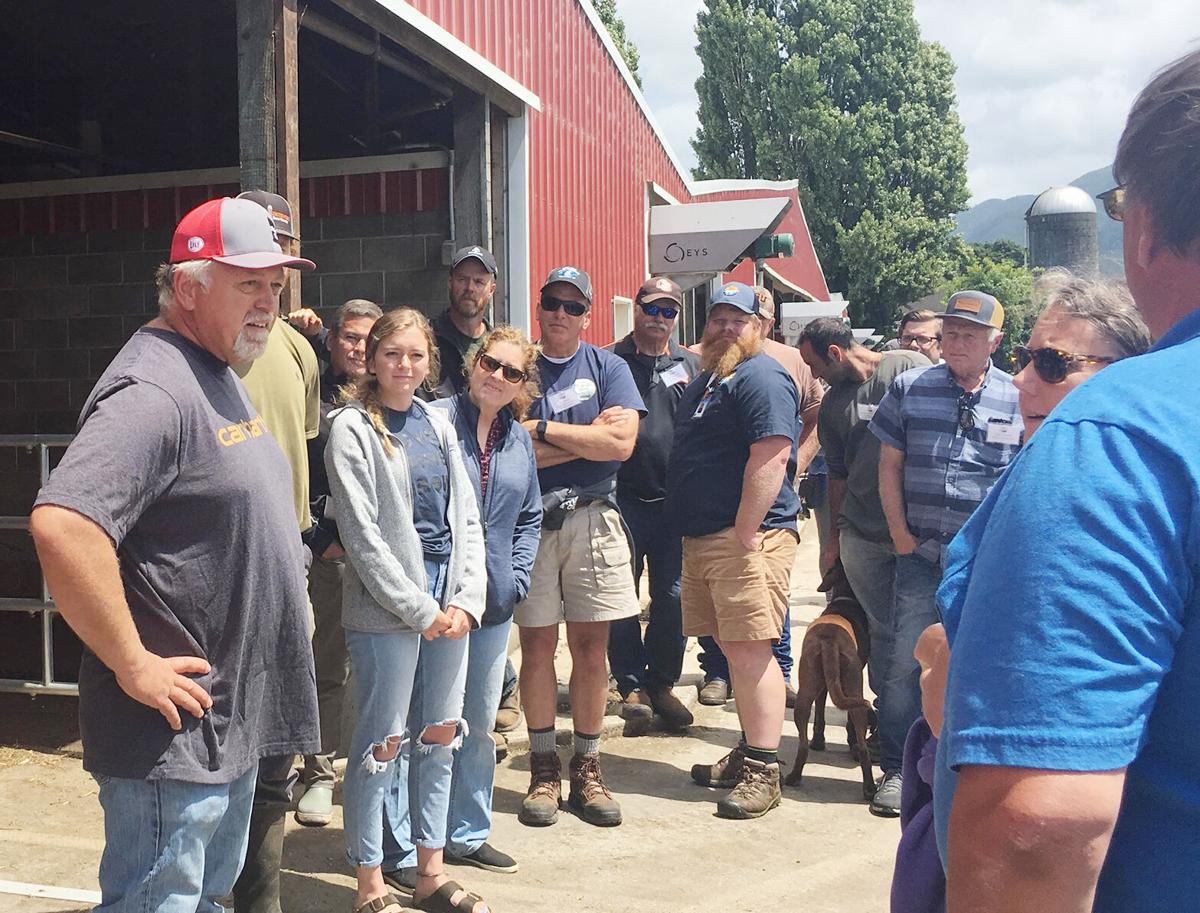 Joe and Ben Oldenkamp with their Lely Vector automatic feeder. The feeder measures the components and detects how much to add to existing feed as it passes along the feed fence.

TILLAMOOK, Ore. — You might say the cows at Oldenkamp Dairy have the run of the place.

Joseph and Sheri Oldenkamp purchased the farm with Joe’s father in 1975 and the pair now run it with their two sons, Luke and Ben.

They continued to build up the Oldenkamp herd and until about three years ago had a standard milking parlor and overall setup for their 420 cows.

They also farm about 350 acres of grass and corn, which is harvested as silage to provide all the herd’s forage.

The Oldenkamps were able to focus on management and other tasks around the farm until a heightened labor shortage piled milking onto their other duties.

They decided to enlist robots to lighten the load and in 2018 invested in six Lely Astronaut A4 milking robots and an automated feeding system.

A couple years earlier they had installed 400 waterbeds for the cows to cut down on work, keep the animals cleaner, their bedding more consistent and provide even distribution of the cows’ weight while resting.

At that time, they also installed an automated alley scraper.

“We used to need to run a scraper tractor in the barn when we would bring cows into the milking parlor but that was only twice a day,” Oldenkamp said. “The periodic passes of the automatic scraper make for a much cleaner facility.”

The robots resulted in a free flow barn where cows can get themselves milked, feed or lie down whenever they choose.

“They’ve got access to all of that without going through any gates,” Luke Oldenkamp said. “Their collars send information to a computer or my cell phone and I can pull up anything you want to know about a cow — super handy.”

Three robots milk the Jerseys and the other three milk the red and white Holsteins. The dairy milks two different breeds of cows because they are paid premiums by creameries for high fat and protein components. The larger Holsteins provide quantity, while the Jerseys produce higher components.

“The Jerseys are just awesome with robots,” Oldenkamp said. “They’re such curious animals and very food driven so the grain they get in the robots makes them eager to go in.”

Upon putting in the milking robots the Oldenkamps decreased the size of their herd from 420 to 350 to better fit the new layout.

The cows, once milked twice a day in the conventional parlor, are now milking themselves an average 2.8 times a day. The daily volume of milk per cow has gone from an average of 65 pounds to about 80 pounds.

The time and physical demands have gone way down.

“It’s a huge lifestyle change — more freedom and a lot fewer physical demands,” Oldenkamp said. “We get off a lot earlier; the last shift is gone by about 5:30 p.m. and the farm gets pretty quiet.”