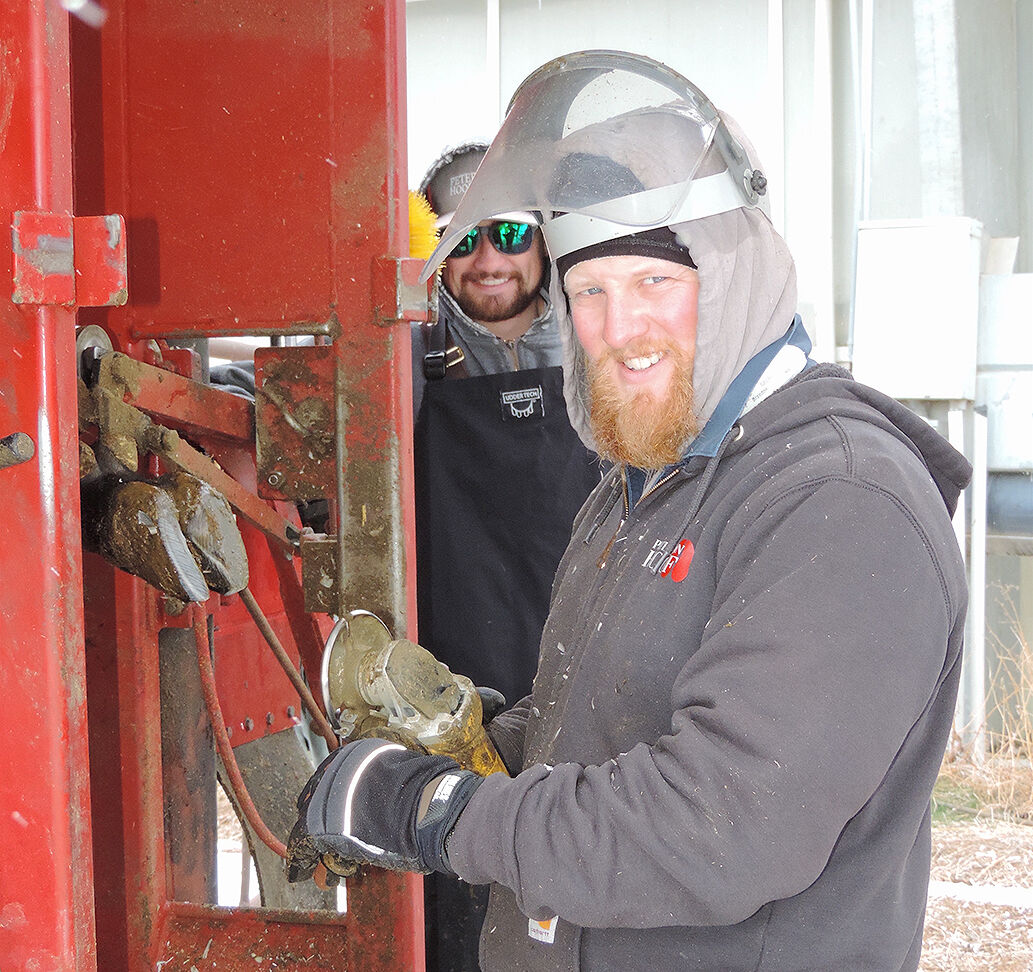 Drew Peterson, front, and his assistant, Ryan Matthews, trim a cow’s hooves in about five minutes. 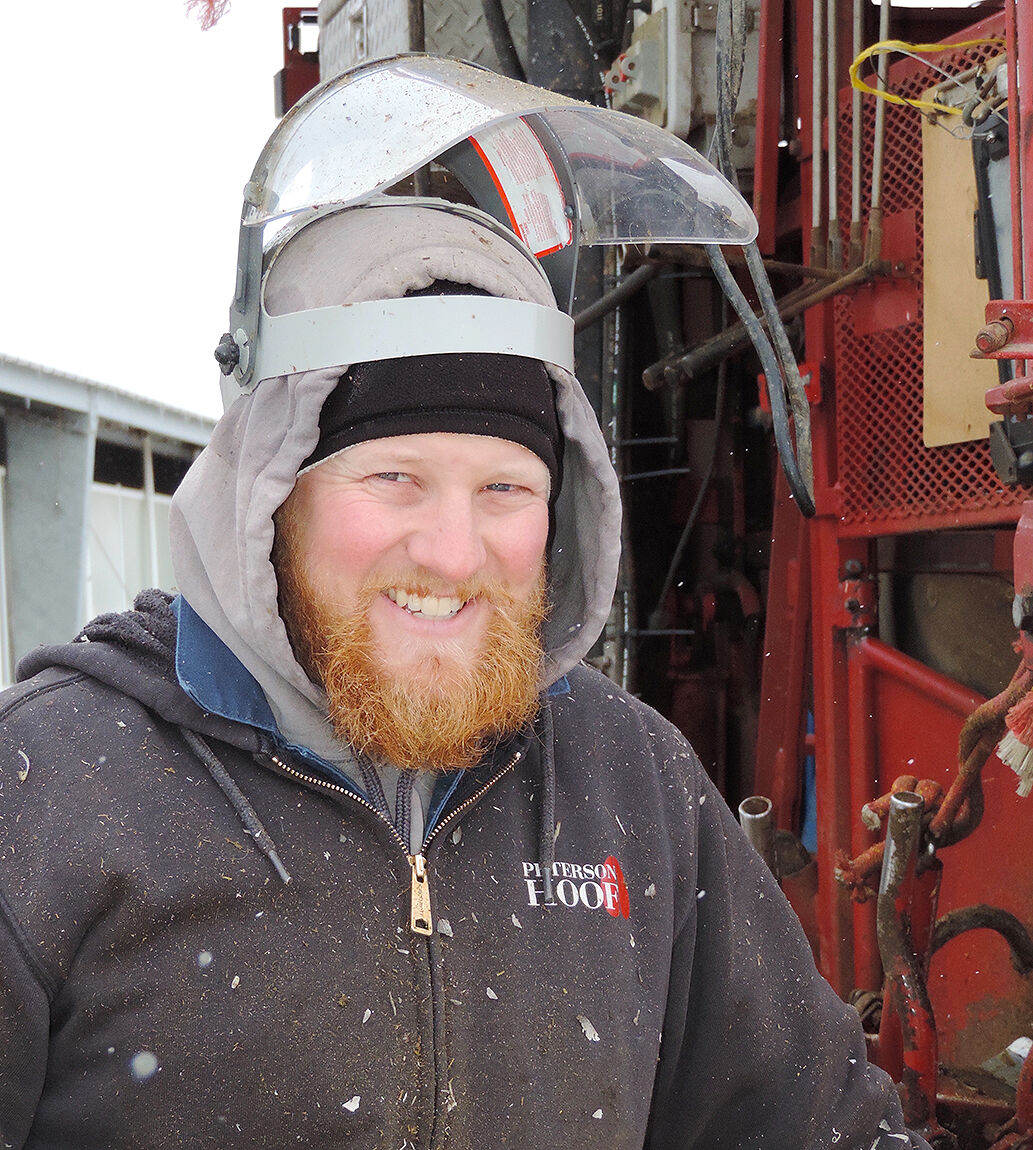 Despite being dusted in cow hoof shavings, hoof trimmer Drew Peterson said he loves his job.

Drew Peterson, front, and his assistant, Ryan Matthews, trim a cow’s hooves in about five minutes.

Despite being dusted in cow hoof shavings, hoof trimmer Drew Peterson said he loves his job.

RUPERT, Idaho — Flakes and shavings from a cow’s hoof fly through the air and ping off Drew Peterson’s protective plastic face shield while he gives a bovine pedicure. Guiding an electric grinder, he trims a Holstein’s hooves.

A cow hoof trimmer, Peterson’s job is vital yet unfamiliar to most people outside dairies. Viewers of the television show “Dirty Jobs with Mike Rowe” know about it.

“It was funny to watch Mike trimming a cow,” said the 28-year-old Rupert, Idaho, resident. “When I tell people what I do, they usually say, ‘I didn’t even know that was a job.’”

Peterson’s assistant, Ryan Matthews, said sometimes people laugh when he tells them his occupation. “I get a look like, ‘What’s that? You give cows a pedicure? Why?’”

Cow hoof trimmers get the last laugh with permanent job security. Peterson and Matthews are in demand five to six days a week at dairies throughout southeastern Idaho. Dairy owners understand the importance of their job.

“Cows need their hooves trimmed at least twice a year,” Peterson said, estimating hooves grow about two inches annually. “If their feet hurt, their milk production drops because they don’t feel like eating or drinking.”

Peterson keeps cows’ feet level so their weight is evenly distributed and they are comfortable.

He began trimming hooves in 2016 when he bought the business from a friend who moved to New York to work at a dairy.

“He wanted his clients to still have a hoof trimmer,” Peterson said. “I did an internship with him to see if I’d like the job and did. I’ve always liked working outside.”

Peterson and Matthews work efficiently as a team, trimming about 80 to 100 cows a day. Matthews guides each cow into a secure chute atop a hydraulic table. With the cow strapped in place, the table rises to waist-level, so Peterson can stand and work comfortably. It takes about five minutes to trim each cow.

To take care of an occasional abscess or wart, Peterson cuts away the damaged hoof, applies disinfectant and wraps it.

Peterson estimates there are about a half dozen cow hoof trimmers throughout southeastern Idaho. They stay busy and are essential to the state’s growing dairy industry.

“Most people never think about the jobs that go into keeping cows productive,” Peterson said. “We work alongside farmers, nutritionists and veterinarians to keep the cows as healthy as possible.”

Peterson concedes he “definitely has a dirty job, but it’s satisfying because you have a sense of accomplishment at the end of the day, knowing the cows are walking well. The dairy owners are really appreciative, too.”