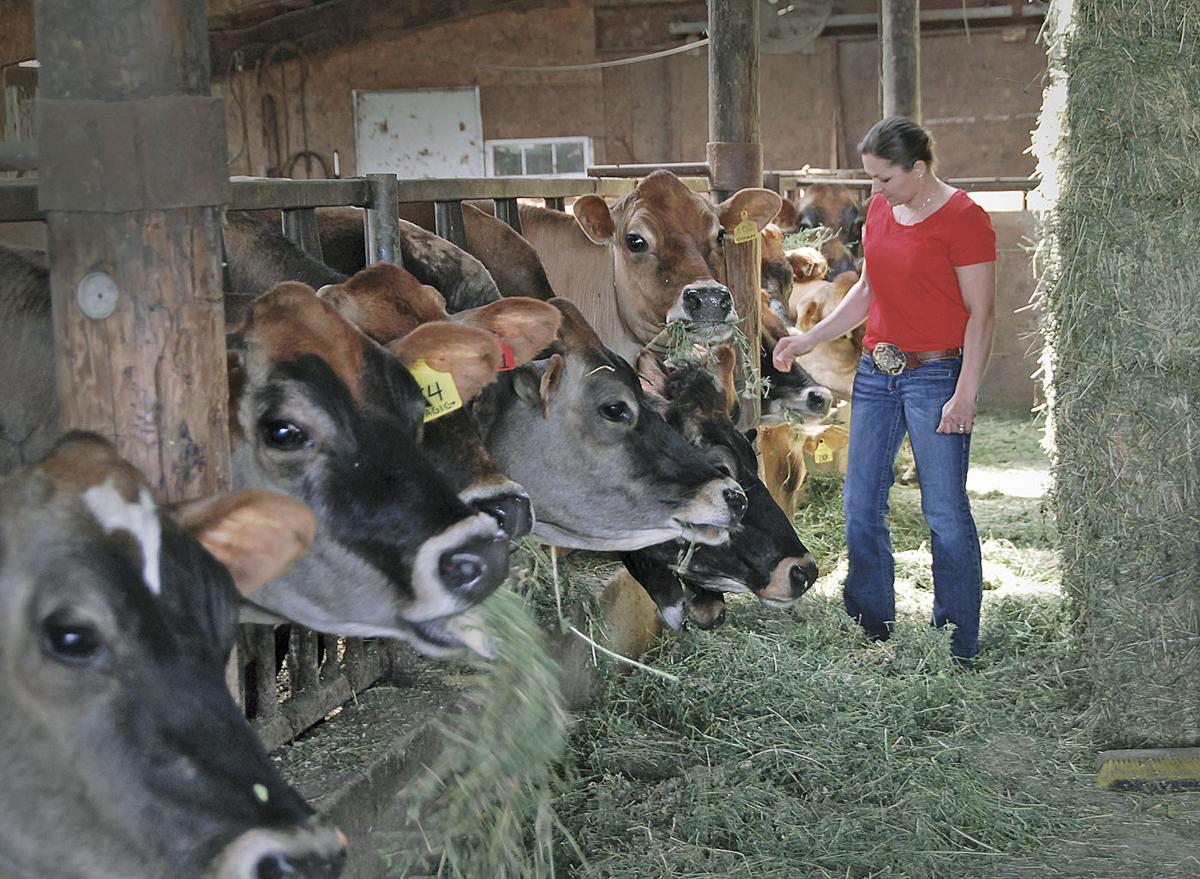 Lacey Hansen of Lady Lane Farm checks on some of her and husband Garry’s herd of Jerseys, which provide all the milk for the Hansen’s Meadow Fresh brand glass-bottled milk. 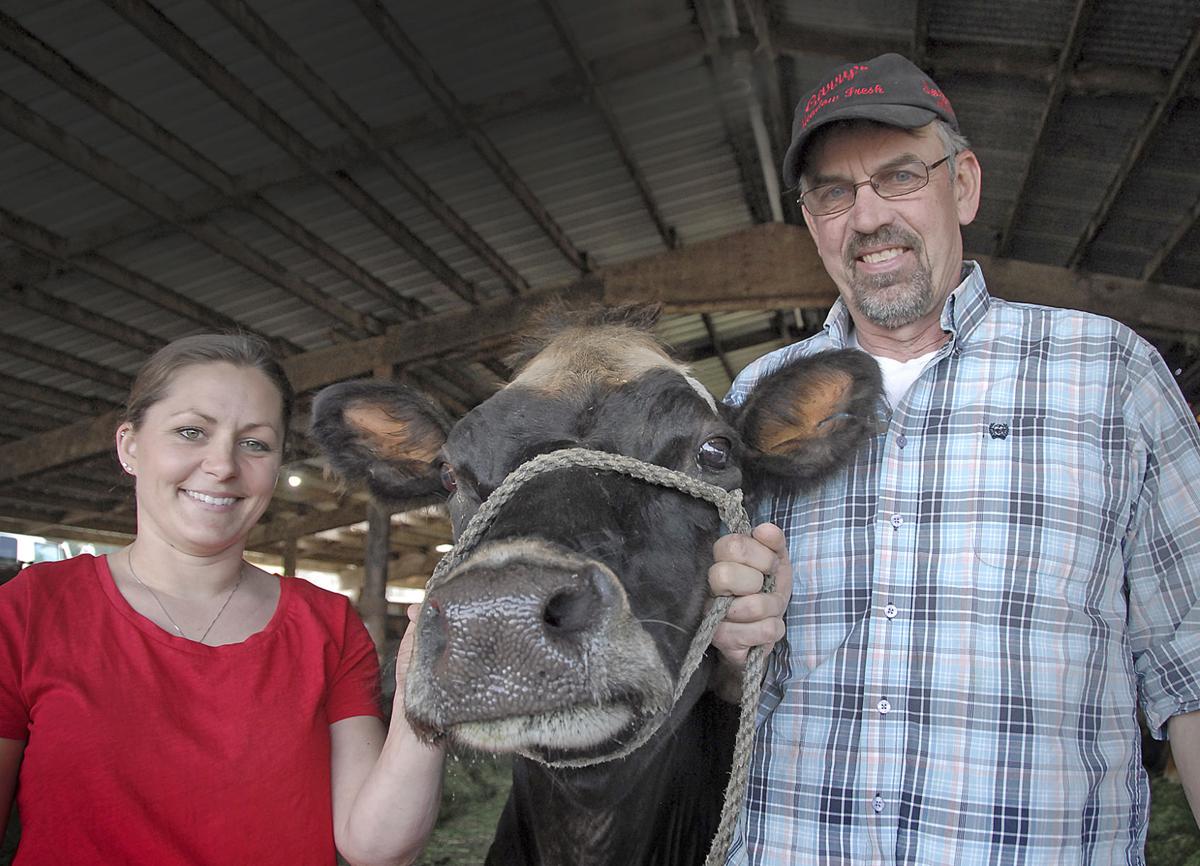 Garry and Lacey Hansen with Klassie, the matriarch of the Hansen’s Lady Lane Farm Jersey herd.

Lacey Hansen of Lady Lane Farm checks on some of her and husband Garry’s herd of Jerseys, which provide all the milk for the Hansen’s Meadow Fresh brand glass-bottled milk.

Garry and Lacey Hansen with Klassie, the matriarch of the Hansen’s Lady Lane Farm Jersey herd.

Garry Hansen is a third-generation dairy farmer who, with Lacey, his wife of one year, has embraced diversification as a means of achieving success at their 100-cow, all purebred Jersey Lady Lane Farm.

“When he was farming in Nebraska, my grandfather, Roy Hansen, was very diversified, into everything,” Garry, 57, said.

Roy Hansen moved his family to Oregon and to the family farm that sits “about a mile-and-a-half down the road” from Lady Lane Farm.

Moving in 1994, he winnowed his herd down to about 50 to 60 purebred Jerseys at the current home of Lady Lane, which took about two years to build.

Lacey, 34, recalls the derivation of the name.

When Garry moved to his new acreage in 2000, “There were two roads that ran side-by-side, one to the dairy and one to the neighbor’s property,” Lacey said. “Since one of Garry’s cows was called Lady, she and the others went down the ‘Lady Lane’ to the parlor for milking.”

While Lady Lane Farm is the home of the milking herd, a parcel of land near Molalla hosts the farm’s heifers.

“Jersey milk is sweeter, higher in calcium and protein, milk fat and sugars,” Lacey said. The couple decided about a decade ago to set up a bottling line and put the low-temperature pasteurized, un-homogenized milk into half-gallon bottles and distribute it to 45-50 stores, farmers’ markets and other outlets around the Willamette Valley under the name of Garry’s Meadow Fresh. The bottles announce the contents as “all-Jersey creamline milk.”

“The Jersey cow is actually named the ‘Queen of Quality’ — a trademarked name — because of her superior milk products,” Lacey said.

“Even commercial dairy farmers that milk Jerseys get paid more for their milk because of the increased solids in it,” Garry said. He said his cows’ milk provides a bulk-vat average of 4 to 4-1/2% milkfat.

“The first year to year-and-a-half (of producing and distributing bottled milk) was kind of like, ‘what did I get myself into?’” Garry said. “Because you’re battling to find homes for your product, you don’t have the resources to put people in place to get things done, so something’s got to suffer.

“Where we’re at now is kind of in a transition phase of becoming more efficient in the processing room,” Garry said.

They early on purchased $25,000 worth of equipment (such as an older 2-valve hand filler), then built the processing area and got the equipment installed.

They now run two 100-gallon vats, a 200-gallon vat, have tripled the size of their cooling system and are about to begin using a new 12-valve rotary filler.

And Lacey, who used to keep chickens in an earlier part of her life, wants to diversify further and eventually add eggs to the Lady Lane Farm sales mix.