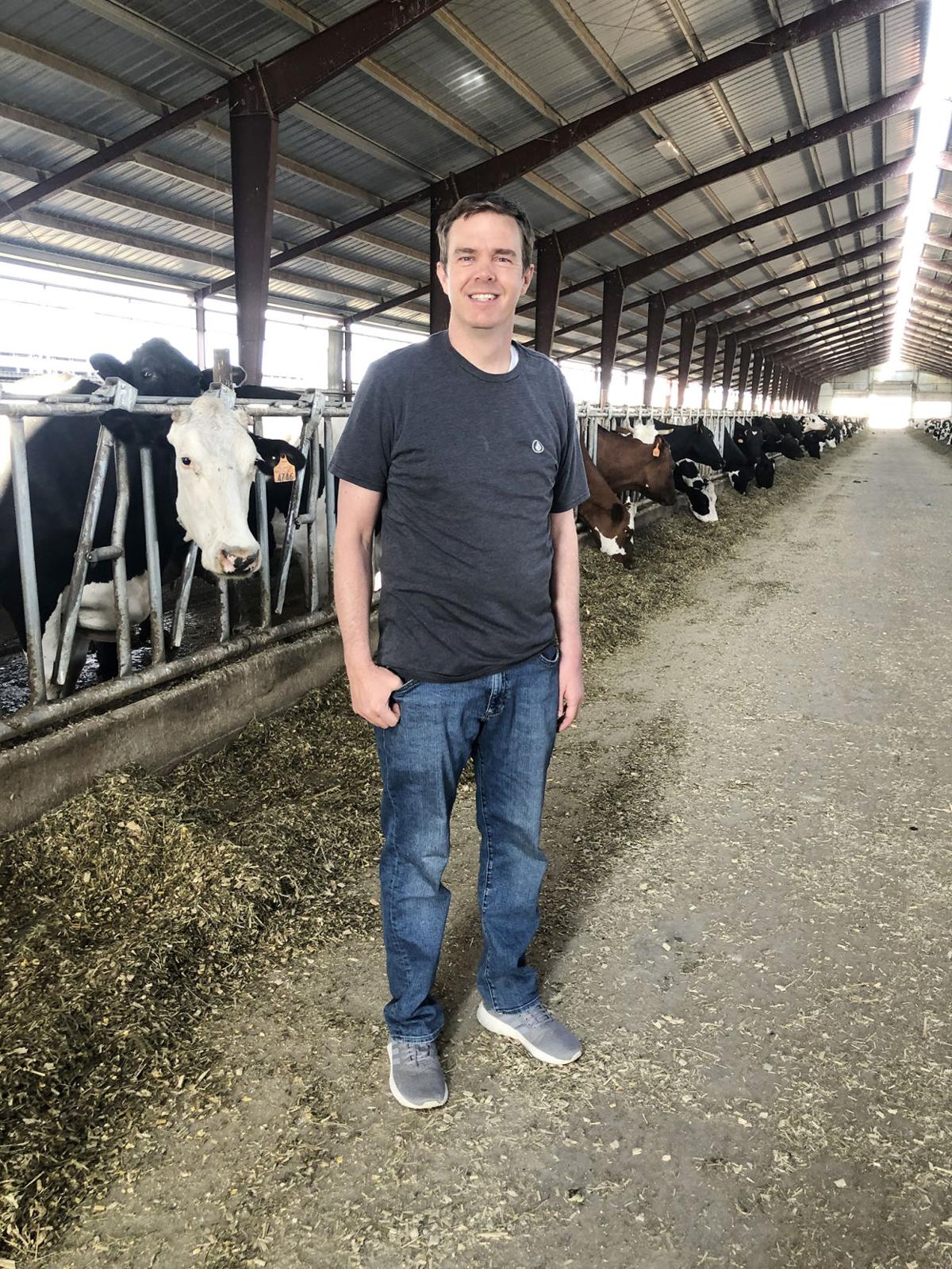 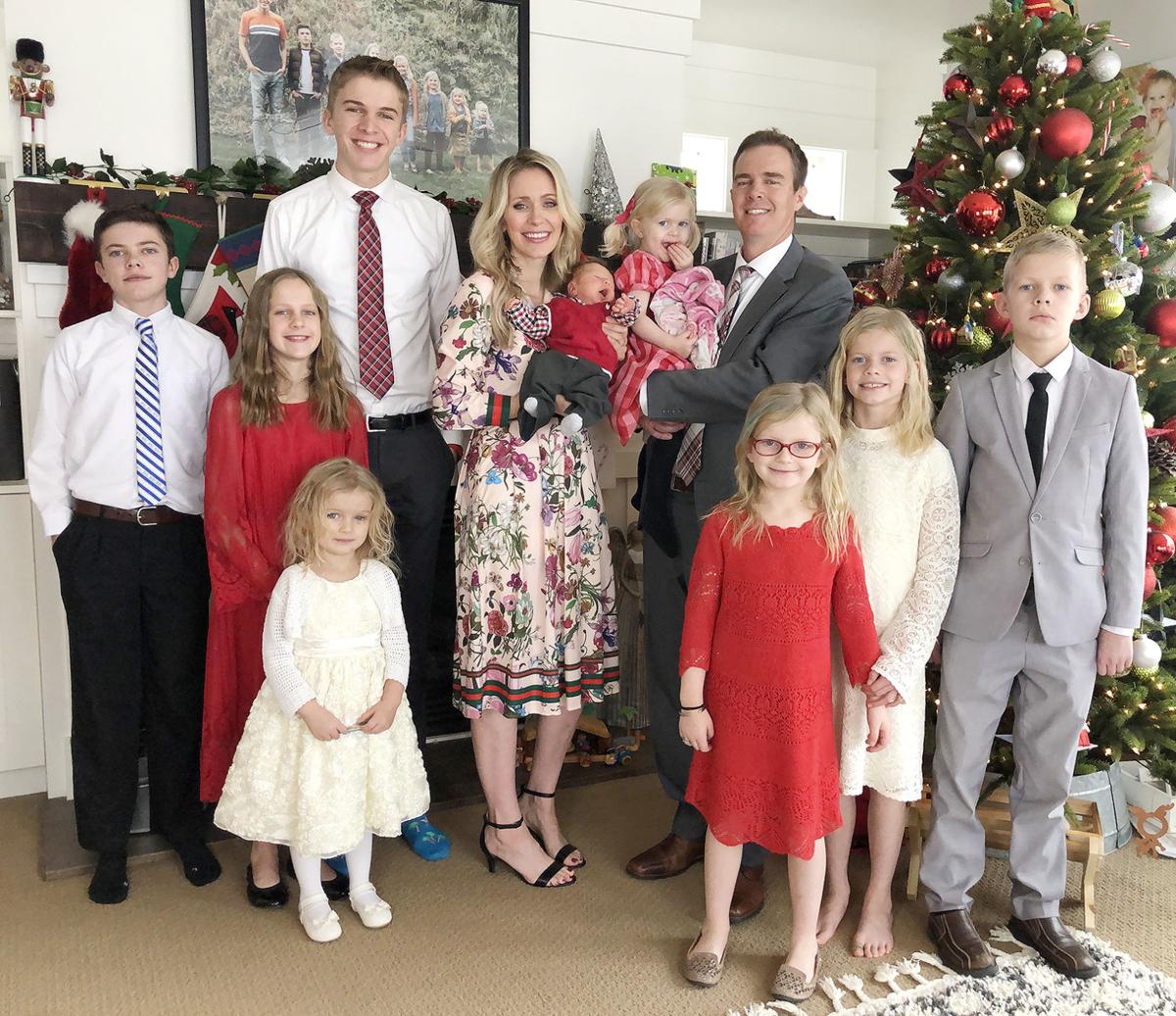 Ben and Robbie Andersen with their nine children.

Ben and Robbie Andersen with their nine children.

Ben Andersen and his family own and operate two dairies in Idaho — Seagull Bay Dairy in American Falls and Andersen Dairy in Declo.

“My parents (Alan and Norma Andersen) and I, my brother Greg and my sister Heather have a partnership,” Ben said.

Greg manages Seagull Bay Dairy, which has been in operation since 1980.

“It’s where we all started,” Ben said.

“We expanded the family operation in 2005, purchasing this dairy near Declo that was milking 120 cows. My wife, Robbie, and I moved here in April that year. I’d been in Utah, where my family was renting a facility, and milking 320 cows. We brought those cows when we came to Declo, and remodeled the barn,” he said.

The old barn had a herringbone parlor, milking 8 cows on each side. “We remodeled it as a double 16 parallel parlor, to fit twice the cows in the same space. In that first year we expanded to over 1,000 cows,” Ben said.

A few years ago they built a new parlor with 60 stalls and a carousel/rotary facility. They’ve been milking 1,800 cows and will soon be milking 2,100 cows with the same amount of labor.

About 15 years ago they began crossbreeding Holstein, Montbeliarde, Scandinavian Reds and Jersey and were pleased with results.

“We now have a three-way cross program called the ProCross — a combination of Holstein, Montbeliarde (a French dairy breed) and Viking Red (European Ayrshire). We use those three breeds and rotate sires of each breed.”

With crossbred hybrid vigor, cows are healthier, more fertile and last longer in the dairy herd, he said.

“They have really good reproduction. We don’t see much difference in milk production between our Holsteins and the ProCross cows but the crossbreds stay in the herd longer. About 80% of our herd are ProCross and 20% are Holsteins,” Ben said.

Although primarily a commercial operation, they also market registered Holsteins.

“We raise our own heifers. Our two dairies are 60 miles apart but run as one operation. We freshen all the cows at my brother’s dairy; he calves them out and milks them a couple weeks, and then we move them here to Andersen Dairy.”

All calves and dairy heifers are raised at Seagull Bay.

“We use gender-sorted semen and get 90% heifer calves. We use sorted semen on our best Holsteins and some of the crossbreds, and beef semen on everything else,” he said. “We typically sold beef cross calves as day-olds but are now starting to raise the beef calves — at least to 400 pounds and maybe to 800 pounds because they make a good cross for beef.”

Angus semen has been used for those but they are now using Charolais because that cross has more muscling and growth, he said.

“We like the calving ease of Angus, but now that we’re raising those calves ourselves we thought we’d use Charolais. We use gender-sorted semen on most of the heifers (to create more dairy cows, and for calving ease), and on the heifers we breed to beef bulls we’ll continue to use calving-ease Angus bulls,” he said.

The goal is to be innovative and flexible to keep the operation going.

“We do a lot with crossbreeding and genetics. Our Holsteins are high genetic value and we sell a lot of bulls,” he said.

“My 13-year-old son is very interested in the dairy. The older two enjoy it but don’t plan on coming back to the dairy,” he said. “Unless a person has a passion for this, they shouldn’t do it. My daughters help out but they are still very young. They love the animals, but time will tell whether they want to come back to the farm after they grow up.”