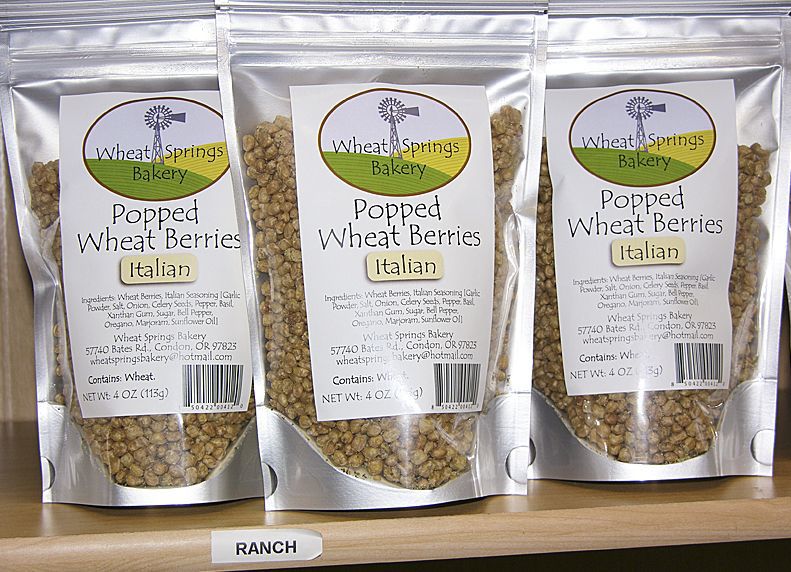 Eric Mortenson/Capital Press A Condon, Ore., farm's product is a favorite in school lunchrooms as a snack or salad bar offering. 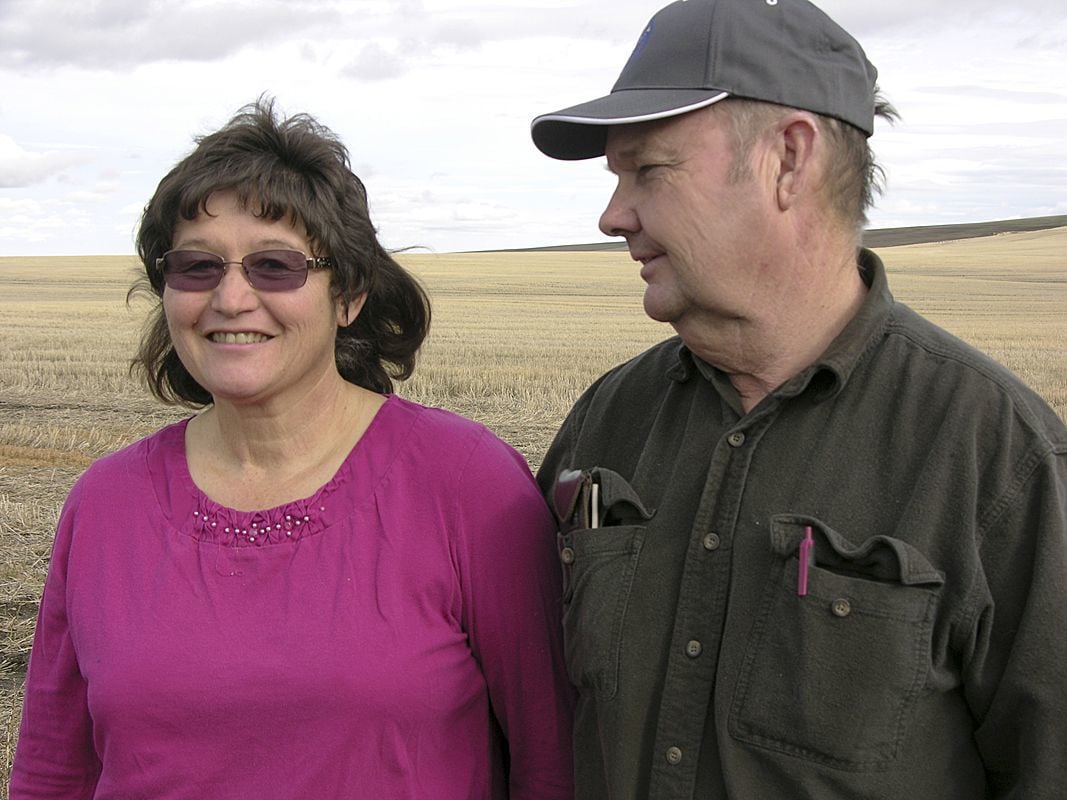 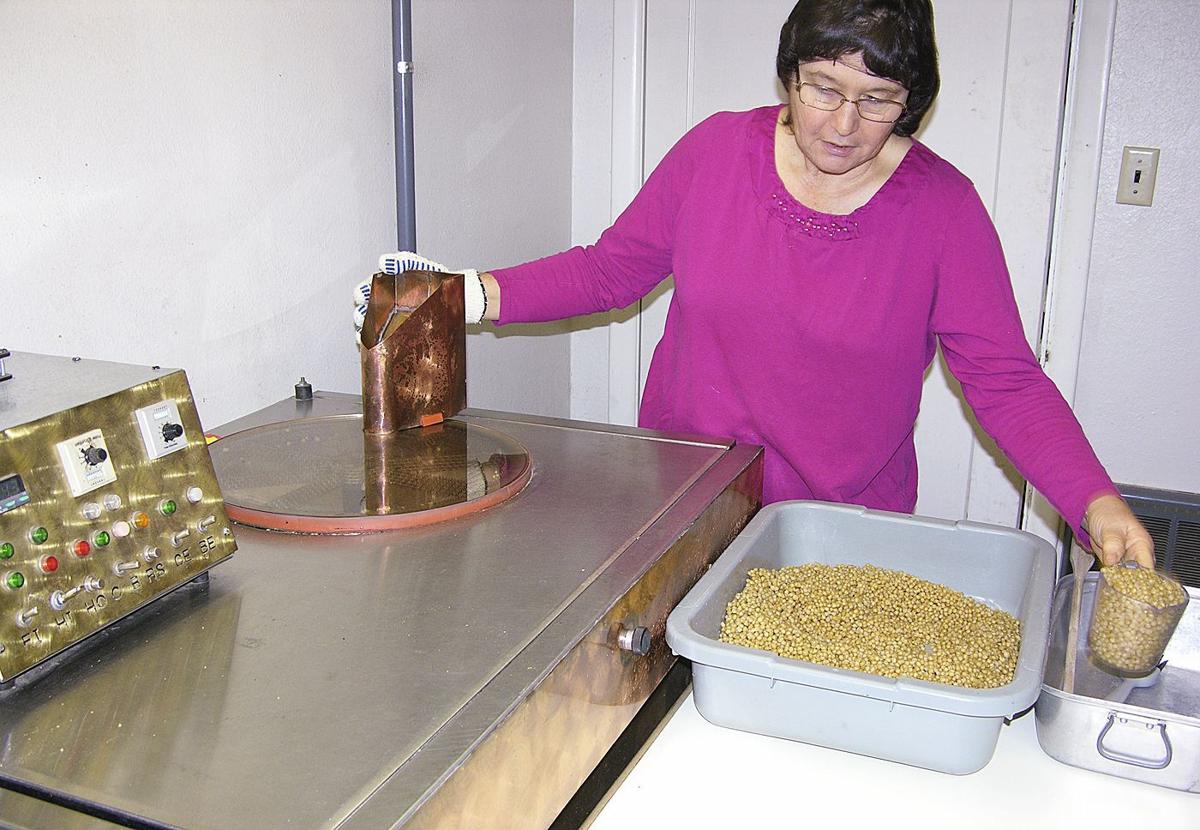 Eric Mortenson/Capital Press A Condon, Ore., farm's product is a favorite in school lunchrooms as a snack or salad bar offering.

CONDON, Ore. — When the wheat market goes south or the weather turns on them, farmers working the rolling hills and draws of the Columbia Plateau don’t have much choice but to ride it out. That looked to be the case here seven years ago, when the price of wheat barely covered the cost of fuel and fertilizer.

The Bates family has farmed here since 1948, long enough to have their name on the gravel county road that ducks off Oregon 206 and leads to the ranch. But Donna Bates, then an elementary school librarian, could see the poor market was taking a toll on her sturdy husband, Paul, who heads the family operation.

“My husband was so discouraged, I thought maybe there’s more I can do to help out,” she says.

What emerged from that simple impulse is an example of a growing trend in Oregon agriculture: Farms diversifying their revenue streams by engaging consumers directly. For some it’s by selling at farmers’ markets or roadside stands, or inviting visitors out to the farm to stage weddings, wander through corn mazes or hop on the hay wagon. Still others take the more complicated “value added” route of processing a product they otherwise sell as a commodity.

Donna Bates was looking for a bread recipe when she came across an idea she couldn’t resist: Popped wheat berries. She handed out samples as Christmas presents and was surprised at the reaction. People told her to take the snack to market.

She explored cooking methods and flavorings: Italian and Ranch dressing, salt and vinegar, plain and a wheat berry brittle. She was adamant about not making a deep-fried product, it had to be air-popped. To cook the kernels, Paul Bates converted a used, custom-built coffee roaster he found and purchased online. They set up shop in what was the ranch’s original bunkhouse for harvest crews. They experimented and solved a series of small but maddening production problems. They discovered the best wheat for the process: a variety called Super Soft.

Most critically, they took the idea to Oregon State University’s Food Innovation Center in Portland. The center, part of OSU’s Extension Service program and operated in conjunction with the Oregon Department of Agriculture, specializes in helping entrepreneurs with product and process development and packaging, and conducts shelf life studies and consumer sensory testing.

“When we walked in there,” Donna Bates says, “all we had was a product and the knowledge of how to make it.”

Two days later, they walked out with a logo and name for Donna’s bunkhouse business — Wheat Springs Bakery — and with packaging and labeling know-how. A family friend set up a website, www.wheatspringsbakery.com. They obtained the necessary permits, applied for grants and passed inspections. Donna Bates hits the school nutrition conferences, local stores and farmers’ markets in Pendleton and Condon.

Slowly, business has picked up. The Bend-La Pine School District, which makes a point of serving locally sourced food in its school cafeterias, now serves Bates’ popped wheat berries in 27 school salad bars. Kids eat them as snacks or use them in place of croutons in their salads.

Nabisco doesn’t have anything to fear yet. The bakery is essentially a one-woman, one-popper show and production is limited to about 25 pounds a day.

After buying wheat from her husband and paying for permits and other production costs, she estimates making about $1,500 profit a year. She also works four days a week at a pre-school in town, and acknowledges sometimes wondering if the side business is worth it.

“Am I beating a dead horse? Should I just batch it, throw in the towel?” she says. “But every year there’s a little more.”

Such stories aren’t uncommon. Most farm and home businesses start small and struggle to overcome production problems while finding a market niche. Those that can overcome production and distribution hurdles while holding true to their founding story may find an enthusiastic and financially rewarding market response.

A 2007 study by OSU found that “first-handler” processing, handling and distribution generated an additional $2.1 billion in value to annual crop and livestock sales. The study cited Oregon vineyards as a prime example: Grapes are grown, harvested, crushed, fermented and bottled at the same location. “The raw crop goes from whole grapes to bottled wine before leaving the farm,” the study said.

The impact is less dramatic in other agricultural sectors, but farms are making candy, packaging nuts, selling pancake mixes and finding other economic avenues. That works well for farms near urban centers such as Portland, where farmers can tap a population of eager foodies and families who want a taste of a romanticized rural life.

It’s a different story at places such as the Bates’ farm. They’re 155 miles removed from Oregon’s urban core and in a county, Gilliam, that has 1,953 residents.

Crop options are limited. The Cascade Range to the west blocks rain clouds arriving from the Pacific, and the landscape gets a fourth of the moisture that falls in the Willamette Valley. Wheat is one of the few crops tough enough for such conditions. Dryland farming, winter wheat and summer fallow, is the pattern that works, but margins can be tight. Working a combination of owned and leased land this summer, Paul Bates and his crew harvested 6,000 acres of wheat in 20 days.

“Basically, we’ve been able to survive on the ranch by getting bigger,” Paul Bates says. “I guess they call that economy of scale.”

Donna Bates hopes her enterprise can help the farm diversify.