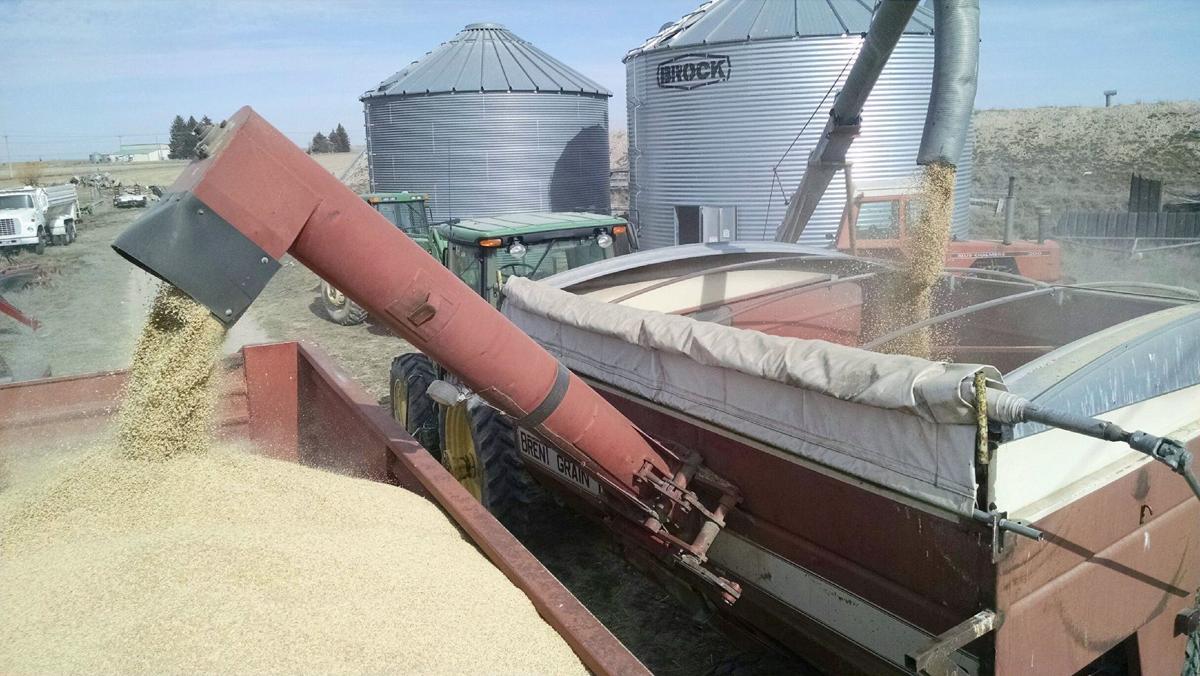 Photo submitted Idaho Falls grower Matt Gellings loads malt barley on March 5 for transport to Anheuser-Busch to use as seed. Gellings would be interested in planting all-grain malt varieties, which are a recent emphasis of barley breeding programs, if there's a market and a slight premium. 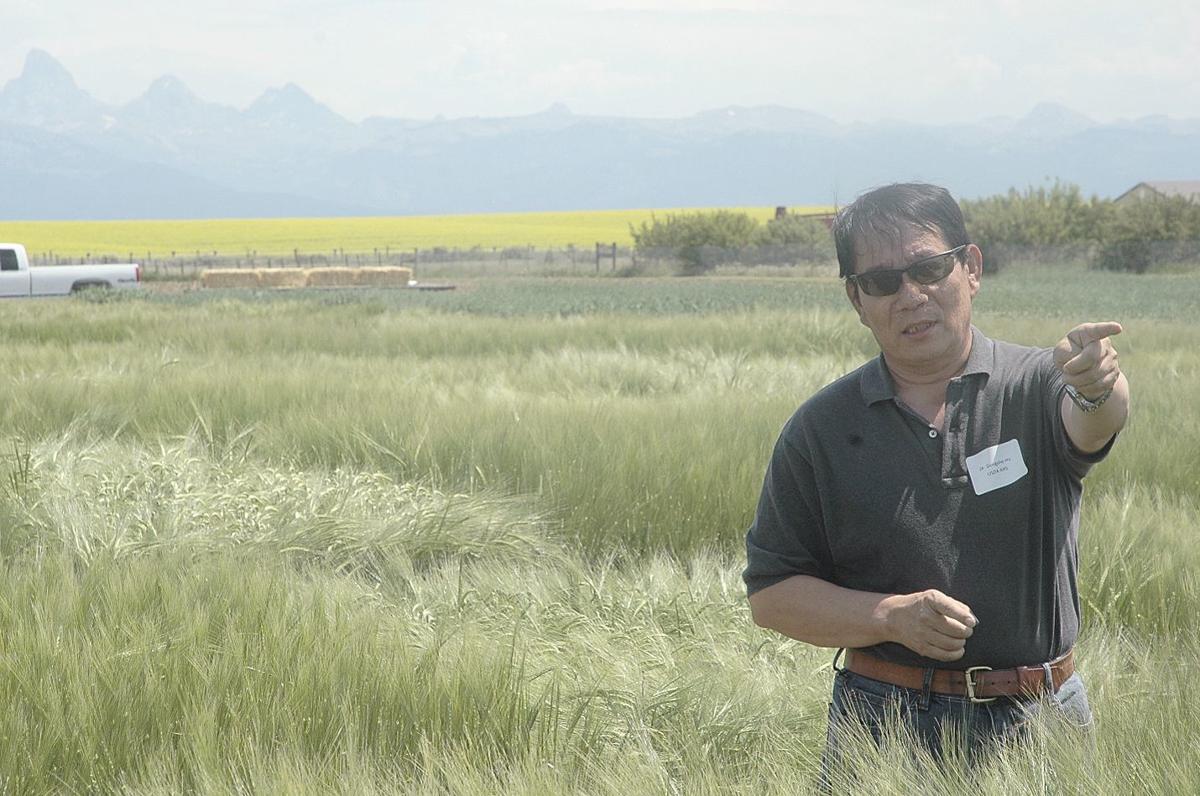 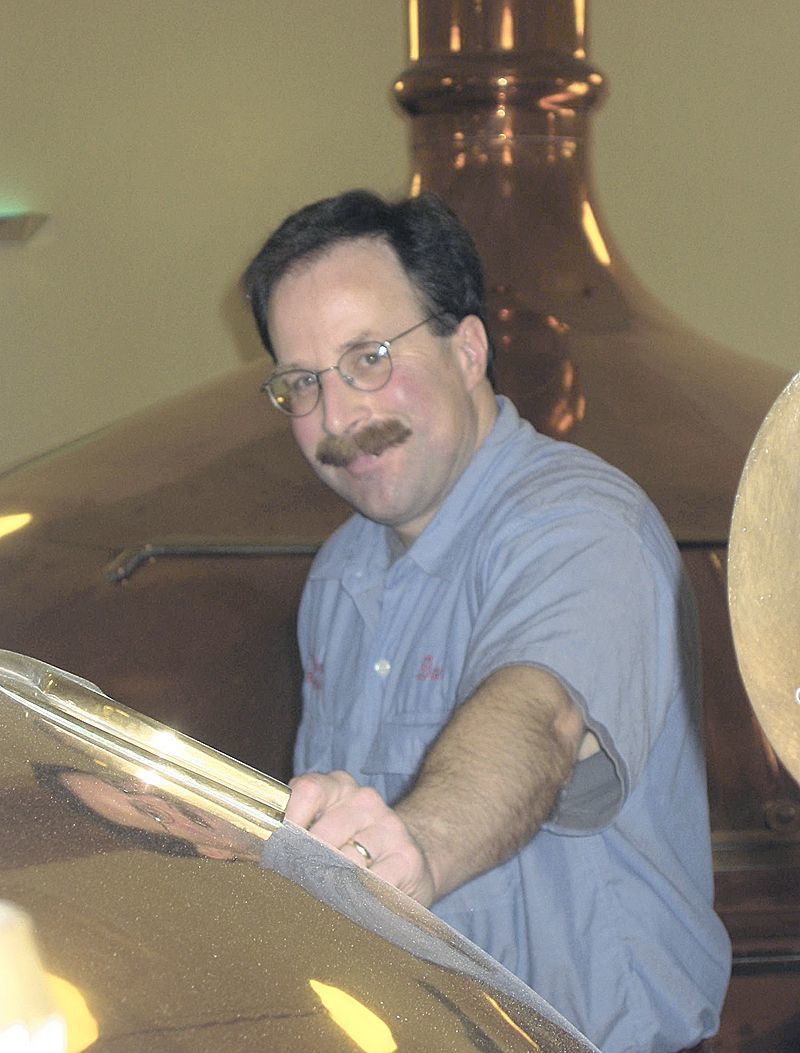 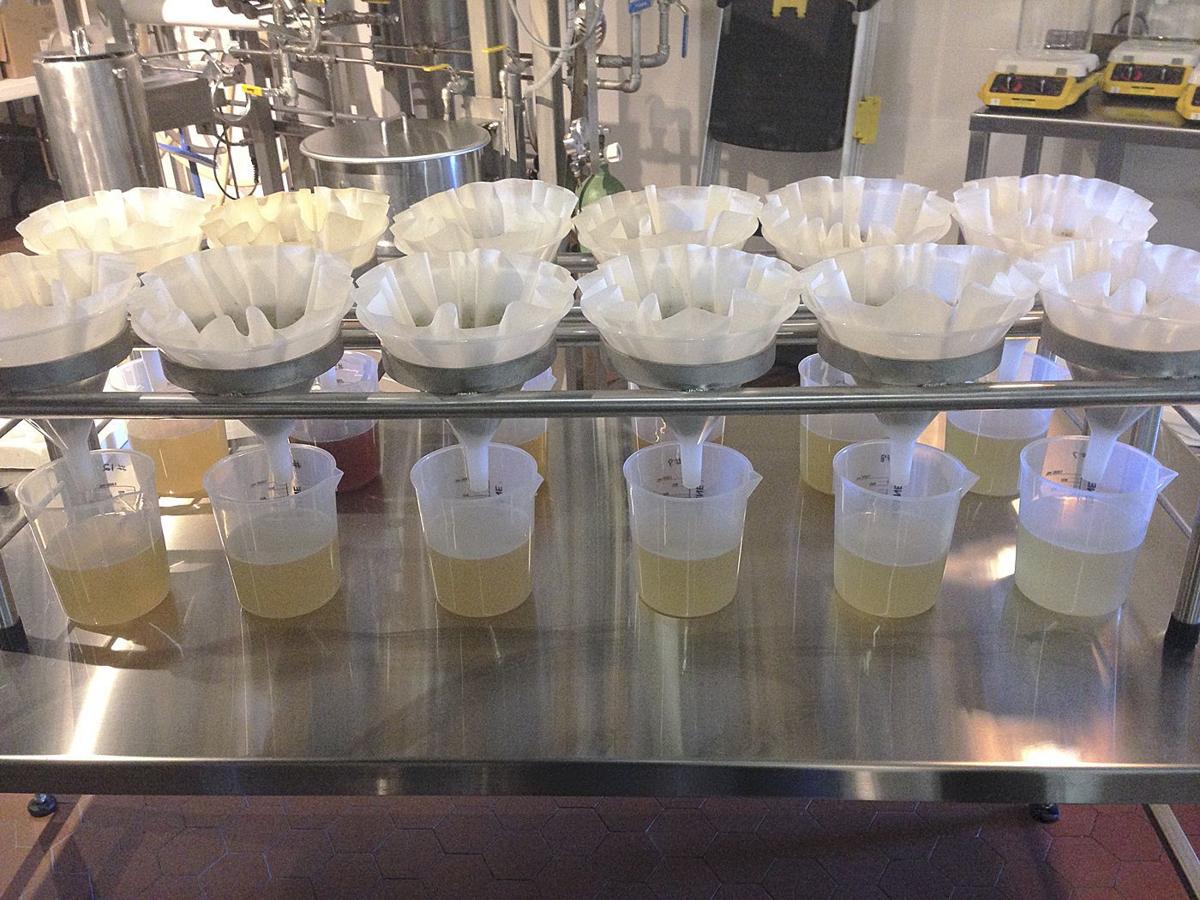 Photo submitted New Glarus Brewing in Wisconsin conducts a test of the brewing qualities of experimental varieties out of Aberdeen, Idaho, intended for use in all-malt brewing. 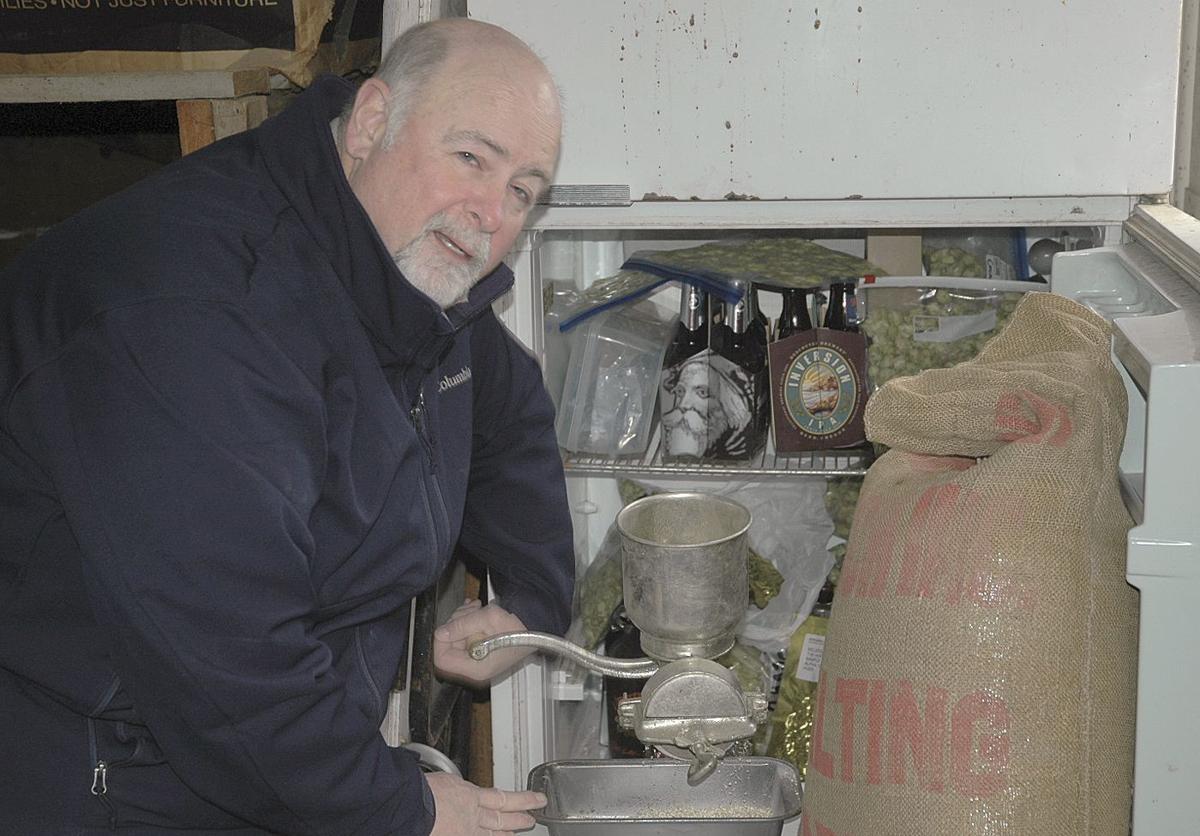 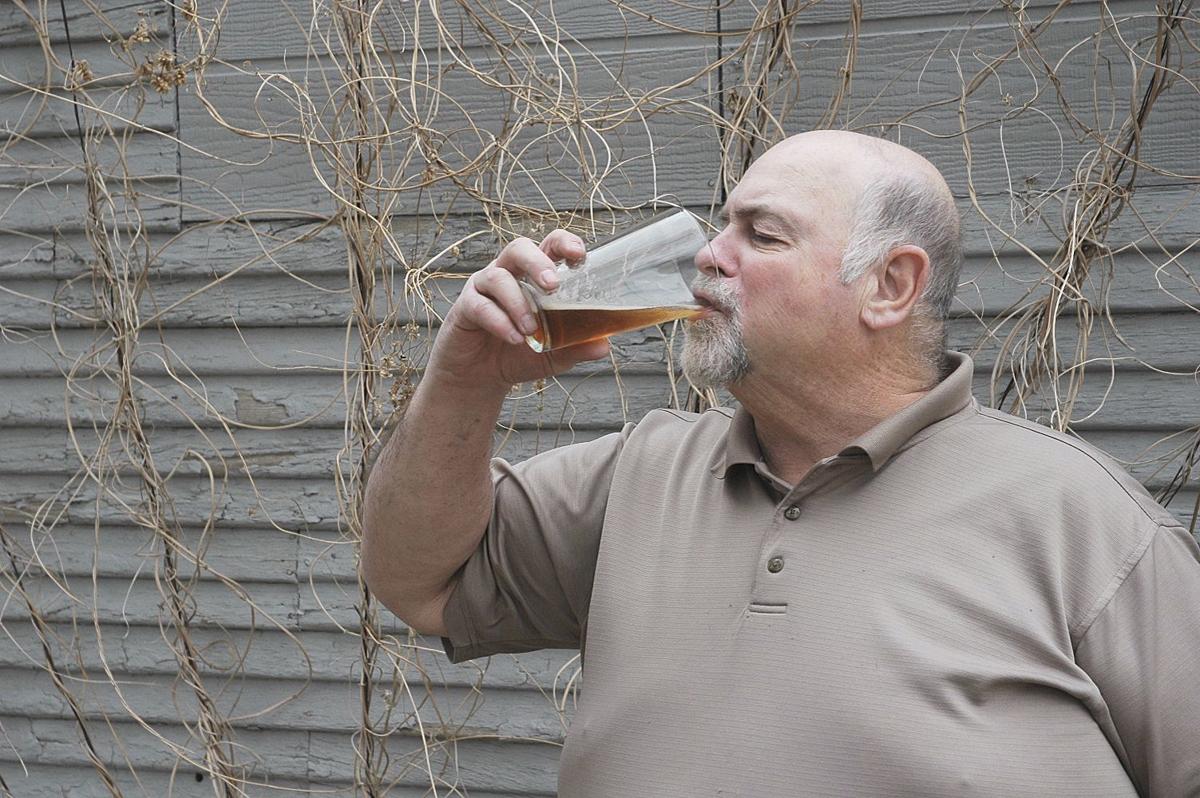 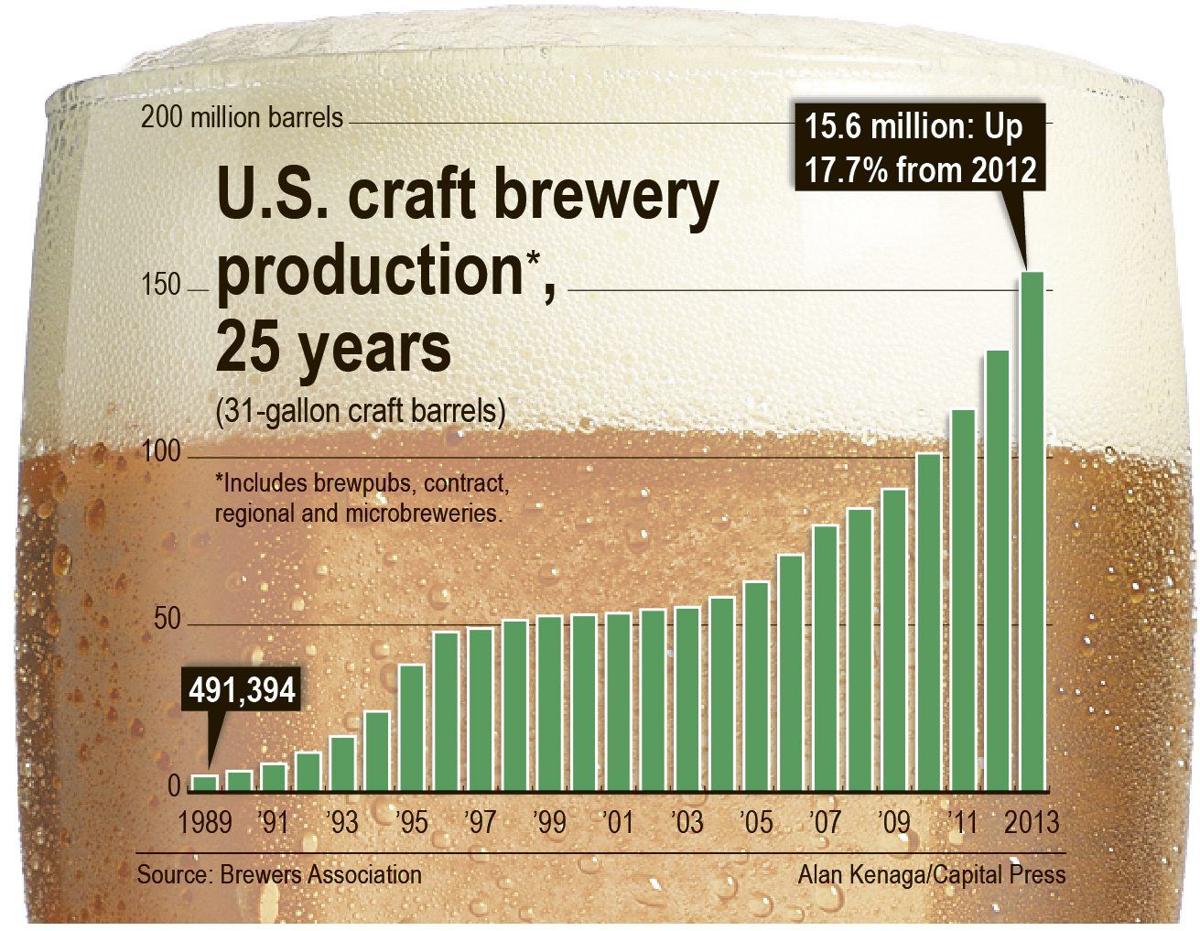 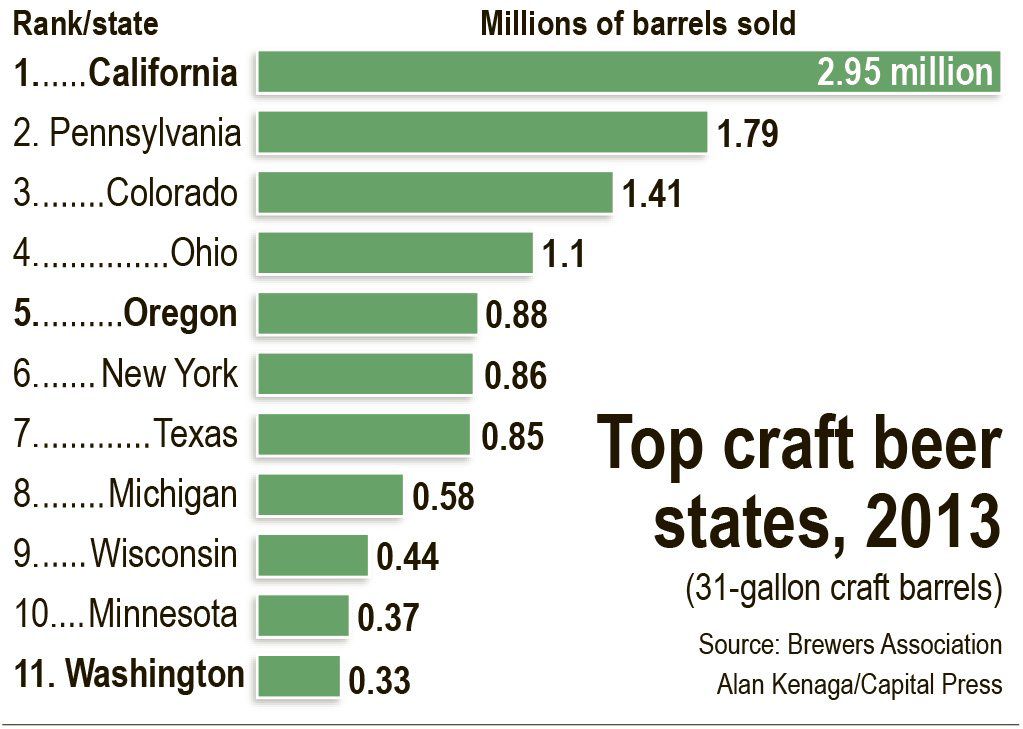 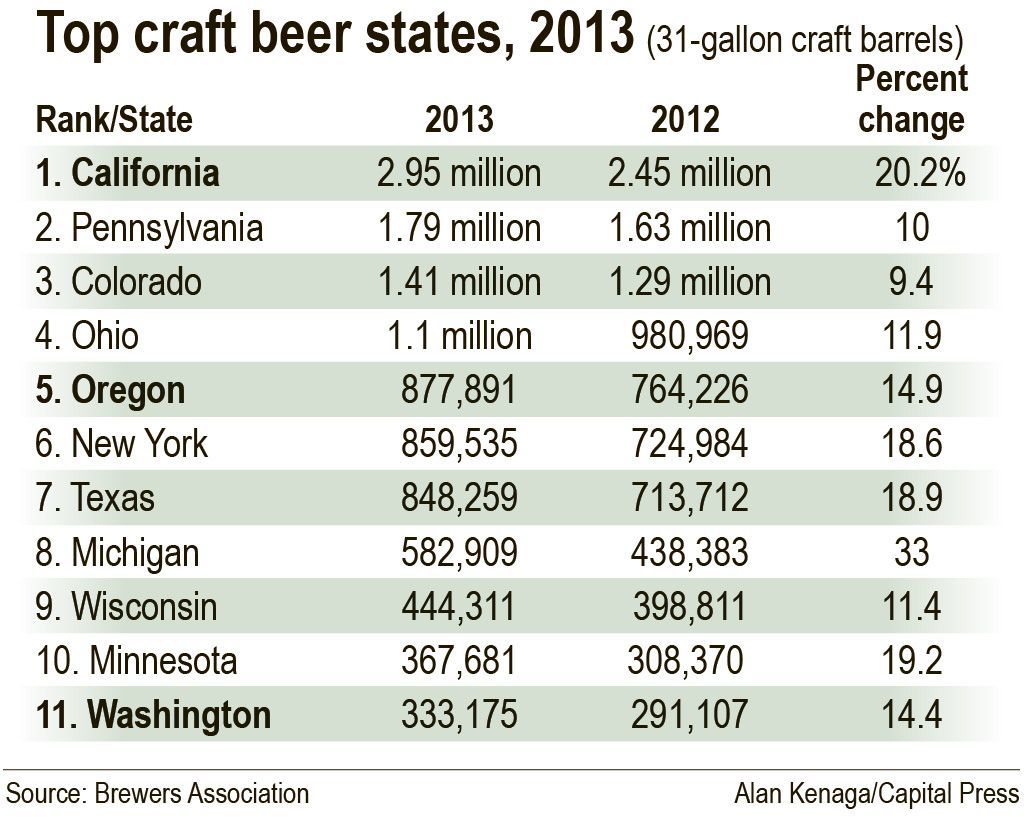 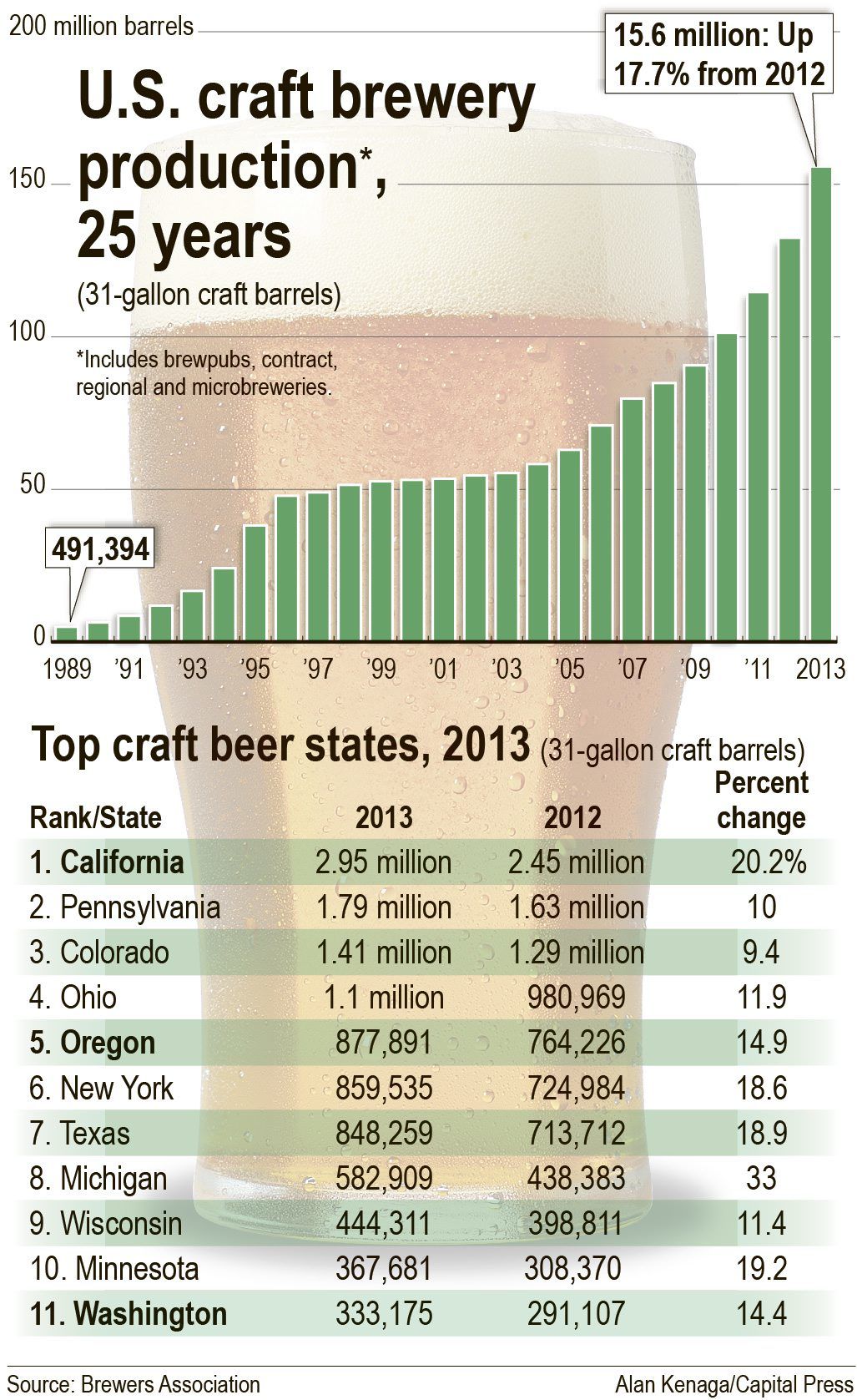 Photo submitted Idaho Falls grower Matt Gellings loads malt barley on March 5 for transport to Anheuser-Busch to use as seed. Gellings would be interested in planting all-grain malt varieties, which are a recent emphasis of barley breeding programs, if there's a market and a slight premium.

Photo submitted New Glarus Brewing in Wisconsin conducts a test of the brewing qualities of experimental varieties out of Aberdeen, Idaho, intended for use in all-malt brewing.

Like most craft brewers, Dan Carey, brewmaster at the microbrewery near Madison, Wisconsin, uses only malted barley, also known as malt, as a carbohydrate source for his recipes.

But the vast majority of the malt available was developed to meet the specifications of the mass-production brewing giants that dominate the domestic beer market. Their beers, mainly Pilsner lagers, typically involve adding carbohydrates from rice or corn to supplement the malt — a practice known as adjunct brewing. Because most U.S. malts were developed to be mixed with those non-barley starches, their characteristics pose challenges for craft brewers, who use only malted barley in their all-grain process.

For example, a slightly higher protein level in the malt aids in the fermentation of the mass-produced adjunct beers, but in malt-only brewing the extra protein can make fermentation too vigorous and hurt the taste. In addition to lower-protein malts, craft brewers also prefer malts that lend a richer flavor to their beer.

No longer, however, will the craft beer sector be overlooked by the malting industry. As the number of craft breweries continues to grow, barley breeders are placing a greater emphasis on meeting their needs. Chief among them is developing low-protein varieties of barley.

“We’re asking that there be a fork in the road,” Carey said. “It’s great that they continue to breed for the large brewers, but we also need a second (malt) type for small brewers.”

In early 2014, the American Malting Barley Association and the Brewers Association adopted guidelines for all-malt brewing, also called all-grain brewing. The guidelines, which provide targets for barley breeders and malting companies, call for malted barley with protein levels a percentage point lower than that of malt developed for blending with rice and corn and with up to one-third less free amino nitrogen. The free amino nitrogen supports vigorous fermentation but at excessive levels may contribute to spoilage or off flavors.

“Crafts have grown and have become part of our organization, and they are having input,” said AMBA President Mike Davis.

The Idaho Barley Commission acknowledged the increasing importance of the craft industry when it led its first craft brewery-specific tour of southeast Idaho barley country in 2014.

Barley breeding programs, including those at the USDA Agricultural Research Service facility in Aberdeen, Idaho, and at Oregon State University, now have barley varieties in development that will meet craft brewers’ specifications.

The major brewing companies have also invested heavily in small, craft-style breweries because of their growing popularity. A survey of AMBA’s membership, which includes large and small breweries, indicated respondents would like the organization to put 55 percent of its emphasis on developing and promoting malt barley varieties for adjunct brewing. But it also indicated about 45 percent of the emphasis should be on all-malt barley varieties for craft brewing.

The craft beer sector’s recent trend of double-digit growth continued in 2014, according to Bart Watson, chief economist with the Brewers Association, which represents small breweries.

When his final estimates for 2014 are released on March 16, Watson expects craft production will be up by about 18 percent from the previous year. He also anticipates craft brewing’s market share by volume will increase from 7.8 percent in 2013 to double digits, and its market share in dollars will increase well above its previous level of 14.3 percent.

Watson said a 31-gallon barrel of all-malt beer requires 55 pounds of malt on average, compared with 17 pounds of malt for a typical domestic Pilsner. Consequently, Watson said U.S. craft breweries use a disproportionately higher volume of malt — about 27 percent of malt used by U.S. breweries in 2014.

Malt is made by moistening barley after harvest to induce sprouting and then baking it.

Bob Beckwith, of Firth, Idaho, coordinates the 80 judges who score more than 1,600 beers in the annual North American Beer Awards, which are hosted in Idaho Falls. Beckwith said many ribbon winners use imported Golden Promise, a Scottish malt, or Maris Otter, from England.

In addition to better fitting the all-malt brewing style, the foreign varieties are known for rich flavor and efficient sugar extraction, Beckwith said.

“For U.S. farmers to go out and grow something like Maris Otter, they have to be careful how much nitrogen they put on it, so therefore the yield is pretty low on it,” Beckwith said, “so they have to get a premium price.”

Beckwith said small breweries can boil harder and longer to “blow off faults in beer,” but it reduces their output and lengthens production time.

The Canadian variety Harrington was once a favorite among craft breweries, including New Glarus, but it’s been largely supplanted by higher-yielding varieties. Carey buys as much Harrington as he can find but resorts mostly to varieties such as Copeland and Metcalf, which are in greater demand by the big brewers.

“Harrington is really on the way down,” Smith said. “We used to have a bunch of it here, and now we have hardly any. It’s down to something like 4-5 percent of the barley crop.”

“In the future, it may increase because of demand,” Hu said.

In 2013, Hu screened his program’s entire library of elite lines for their all-grain brewing potential, evaluating crosses previously rejected by the large breweries.

Hu identified 10 lines with promising protein and free amino nitrogen levels, among other specifications, and planted them in small plots. North Dakota State University malted seed from the plots and sent it to six craft breweries, including New Glarus and Colorado-based New Belgium Brewing, for evaluation.

Carey made 10-gallon batches of his signature beer, Spotted Cow Farmhouse Ale, with each of Hu’s varieties. The brewery’s taste panel concluded three of the lines offered a cleaner, superior taste.

“To us, that was encouraging,” Carey said.

This summer, Hu plans to raise up to 2,000 pounds of seed of the same three brands New Glarus liked for broader evaluations by the craft industry.

“Our brewmaster has said he looks forward to the day the U.S. is producing malt sought after by overseas brewers because of its flavor and qualities, much the same as the U.S. craft brewers are looking at traditional German and English malt,” Holbrook said.

The Brewers Association is in the third year of contributing funding toward the development of all-grain lines at Aberdeen and is offering new grants this year at OSU and Michigan State University.

OSU has invested some of its grant dollars toward renovating a room for a small-scale malting facility, which will house a “mini-malter” designed by OSU students to make 150-pound batches. The facility will enable OSU to produce small “home brew” batches to evaluate its all-grain breeding lines.

“A lot of things in our advanced trials could definitely fit into the craft industry,” Fisk said.

“As a grower, if I had a buyer for that out front, I’d be glad to raise it,” Gellings said. “If it’s a good yielder and they’ll pay a premium on it, I’m sure the growers will grow it.”