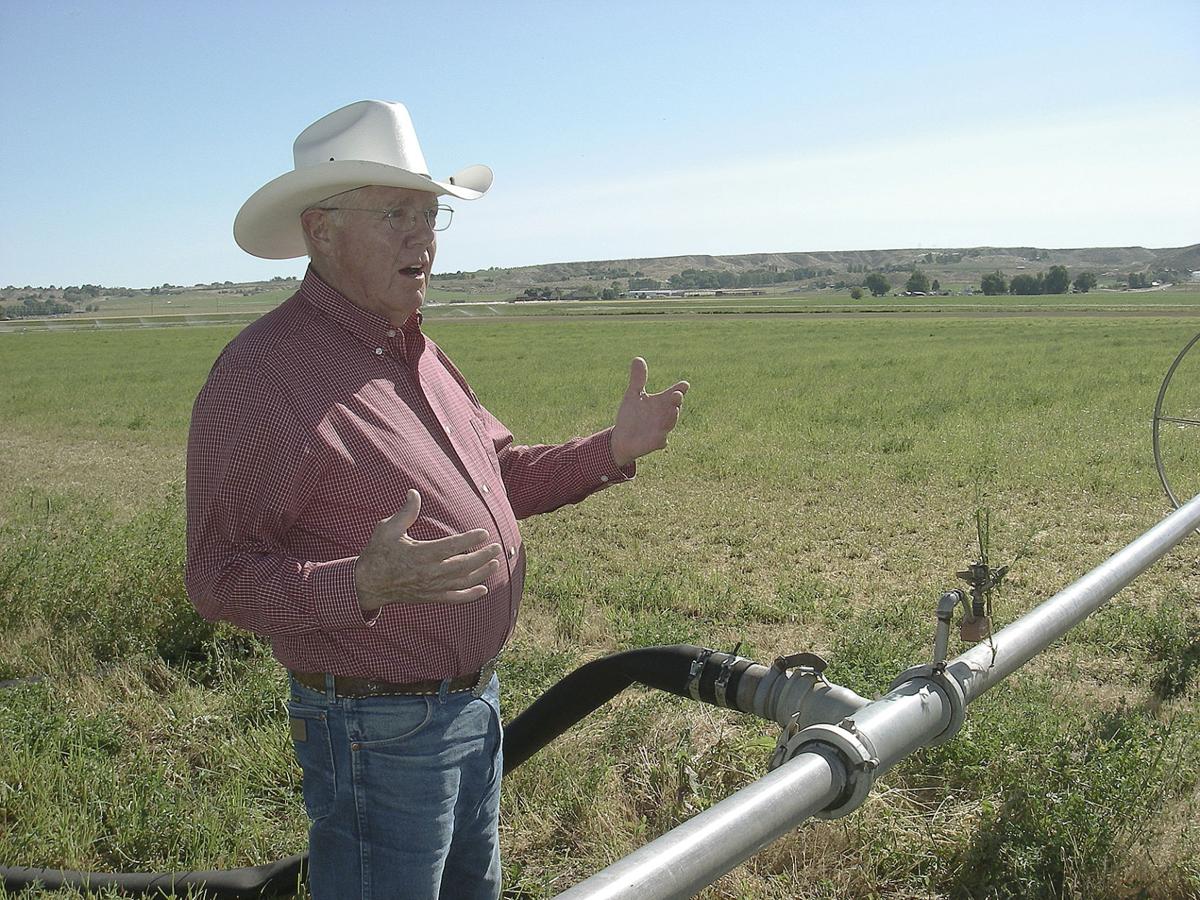 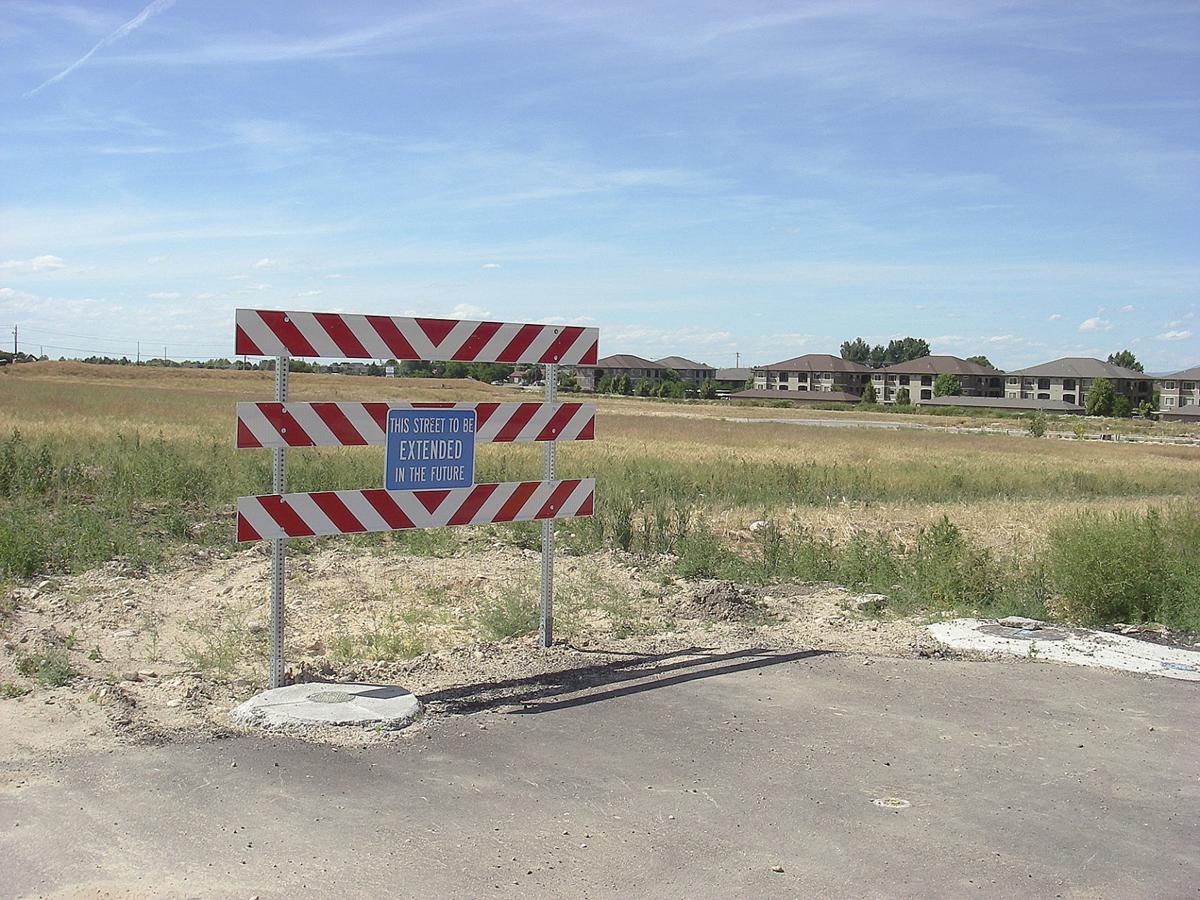 USDA counts as farmland only ground that is earning income from agriculture, or would under normal circumstances. 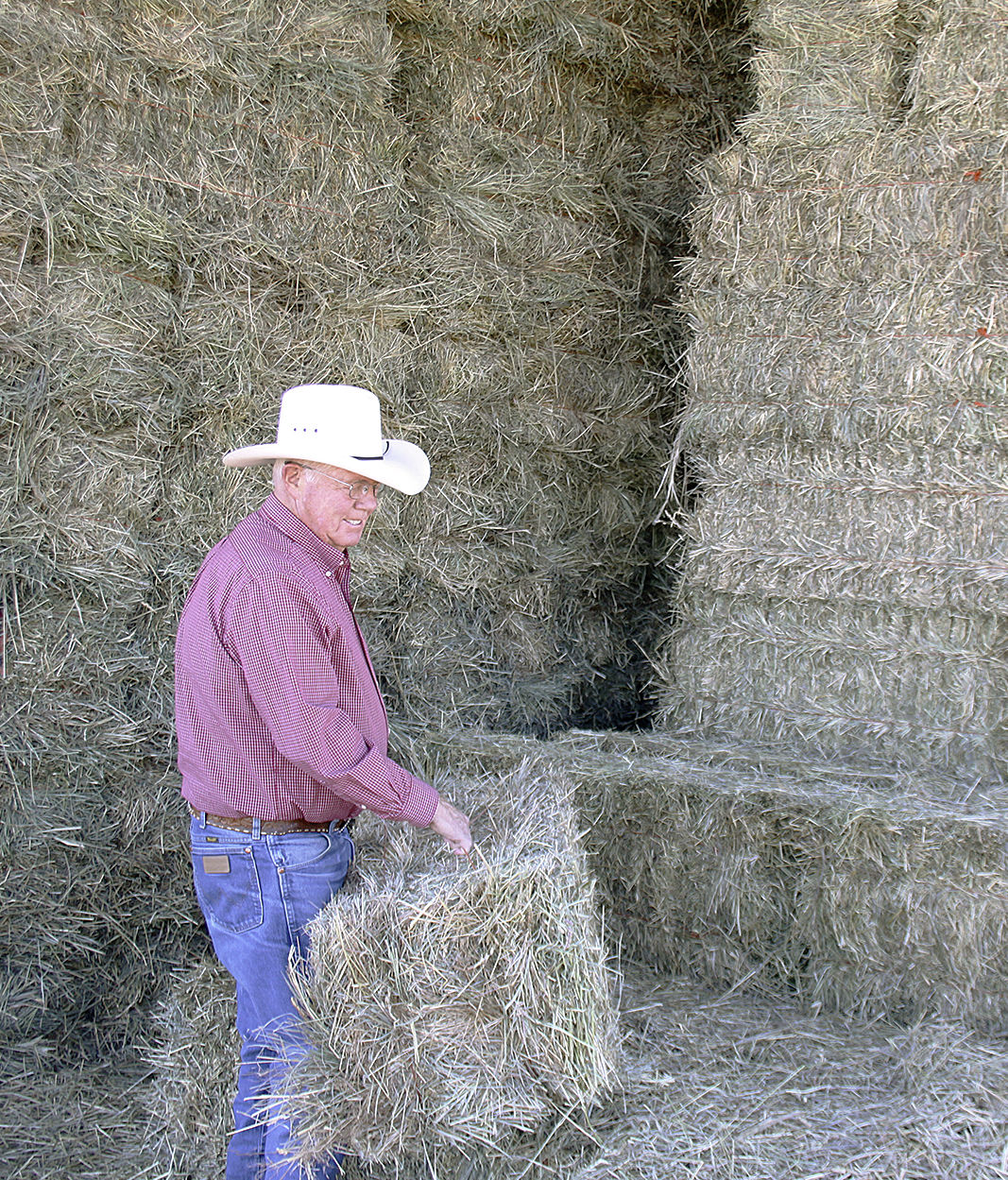 Mike Somerville, who farms west of Caldwell, Idaho, moves hay to load a trailer for a customer. 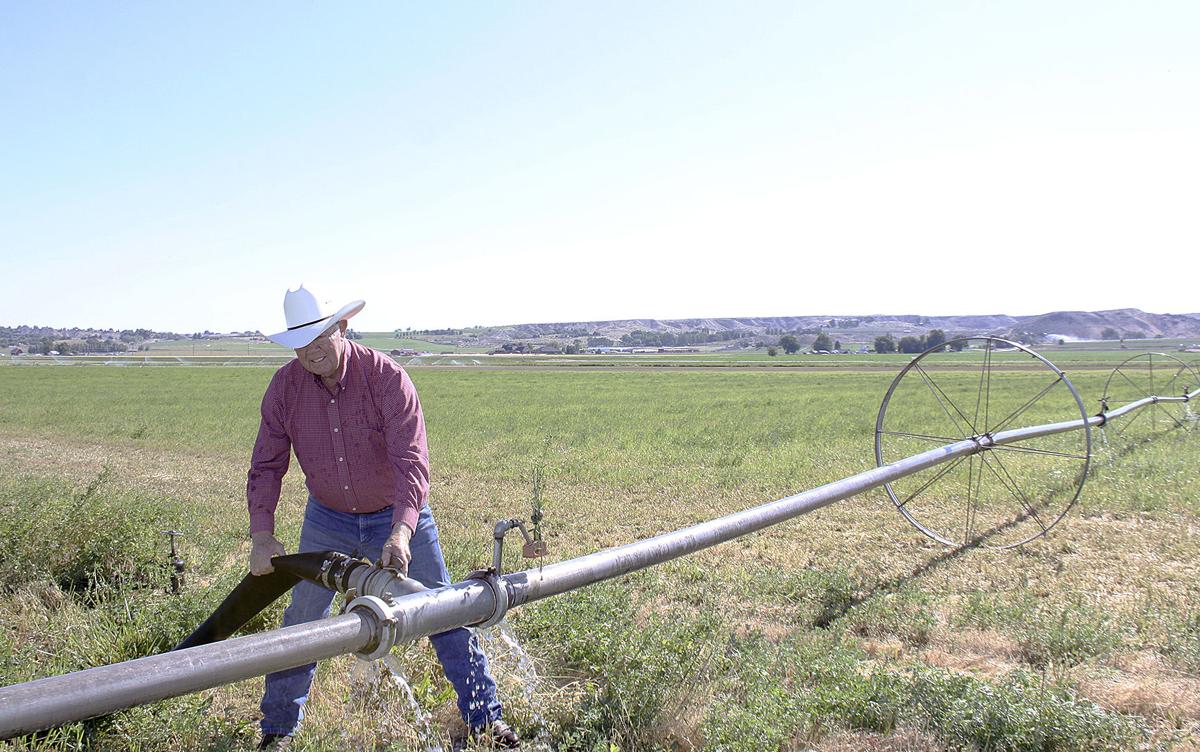 Mike Somerville adjusts a wheel line for irrigating part of his farm west of Caldwell, Idaho. 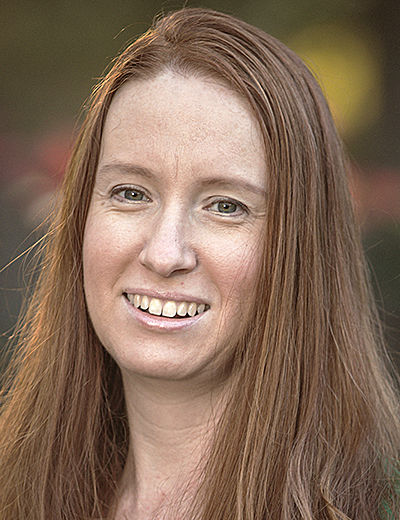 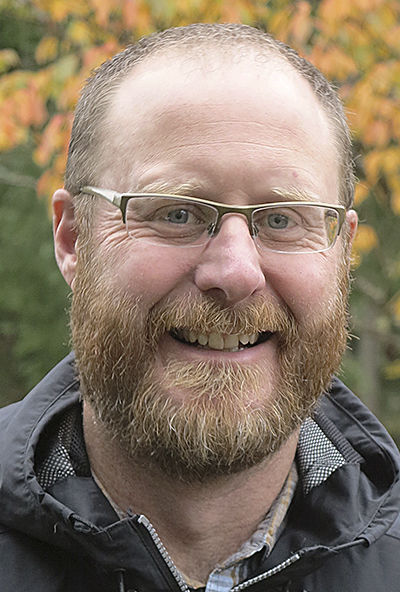 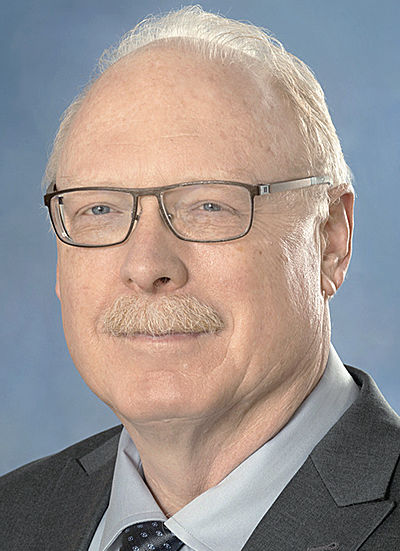 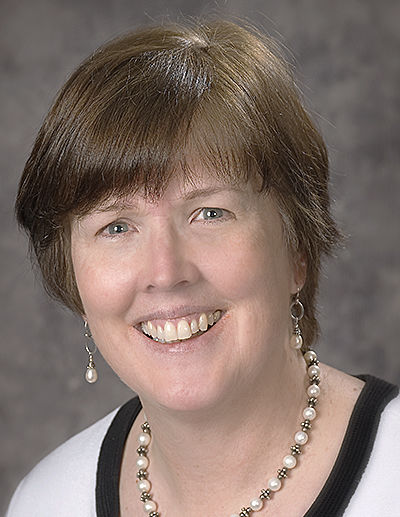 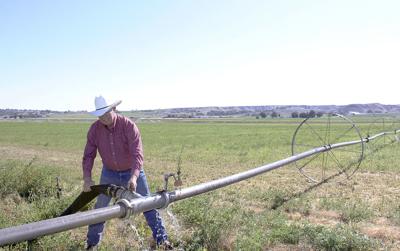 USDA counts as farmland only ground that is earning income from agriculture, or would under normal circumstances.

Mike Somerville, who farms west of Caldwell, Idaho, moves hay to load a trailer for a customer.

Mike Somerville adjusts a wheel line for irrigating part of his farm west of Caldwell, Idaho.

But like many others in the area, he’s concerned about a potential wave of development flooding the area with new houses and other uses.

Last month’s 2017 Census of Agriculture charts a 20-year decline in farmland across the Northwest and California. The drop is significant nationwide but in Oregon, Washington, Idaho and California, it is especially troubling.

While those numbers are daunting, the shrinkage in farmland has slowed in some parts of the West.

For example, Marion County, the heart of Oregon’s fertile Willamette Valley, reported 9.7% fewer crop acres in 2017 compared to 1997. However, the trend reversed after 2012, and was up 8.7% by 2017 as more farmland was put into production for such crops as hazelnuts.

Part of the change in cropland can be attributed to how USDA counts it. USDA says a “farm” produces or sells at least $1,000 in agricultural products in the survey year, or would normally. Because of that, changes in the amount of land in farms don’t always directly equate to direct gains or losses of agricultural land.

The USDA also says enough agricultural activity can warrant categorizing land as farmland even though it doesn’t meet the $1,000 threshold.

Chris Mertz, director of the USDA’s National Agricultural Statistics Service Northwest Regional Field Office in Olympia, said in Washington in 2017, 35% of farms reported sales of less than $1,000 but had enough ag activity to be considered a farm. The percentages were 31 in Oregon and 30 in Idaho.

About 12 years ago, Somerville retired as the USDA Natural Resources Conservation Service state conservationist for Arizona and bought his 40-acre, irrigated farm in Idaho.

Arizona allows agricultural land to be developed only if it adjoins a municipality. This is in contrast to “hopscotch” or “spot” development seen in parts of southwest Idaho for the past two decades.

“There have been 40-acre developments put in Canyon County with cropland surrounding the whole thing,” Somerville said.

NRCS, community planning groups and others have data about land characteristics ranging from soil quality and climate patterns to water availability. There is potential to tap it more, he said.

“Some land is more valuable as agricultural,” Somerville said. “But the prime land is also cheapest to develop because it has fewer limitations.”

His farm was wind-eroded when he bought it following years of low-residue crop production in sandy soil. Locally, he has also seen low-value crops planted on high-quality land. Typically, he said, that happens when a landowner is biding time before developing the land.

Farmers can help stem land loss by planting the right crops in the right places, Somerville said. This could narrow the gap between a parcel’s agricultural value and its development value, ultimately reducing the incentive for builders to buy extra land just because it is cheap.

As importantly, preserving farmland requires farmers and others to be involved, he said.

“We always say farmers are forced to sell,” Somerville said. “You are not forced to sell. You have to participate in this process with city and county government and with the whole community. We are not just independently out here farming. We are participating in a whole-community process.”

Canyon County Development Services Director Tricia Nilsson said an agriculture committee operating for the past 18 months has identified several agricultural areas worth preserving. The county will soon consider the committee’s input in updating its 2012 comprehensive plan.

“It fluctuates, but generally over 90% of the population growth is happening within city limits,” she said. “We do have a lot of growth, but we also have a lot of investment in agriculture and a lot more processing of commodities.

“One thing the ag committee is talking about is supply chain to our processing in Canyon County and elsewhere in Idaho,” Nilsson said. “It’s not land waiting to get developed. It is serving a huge economic purpose today.”

Oregon Department of Agriculture Land Use and Water Planning Coordinator Jim Johnson said not all farmland losses are in urban areas. Land in farms in mostly rural Klamath County fell about 26% from 2012 to 2017 for reasons that include water shutoffs and drought.

Oregon land-use law aims to preserve farmland but is not a cure-all.

“A lot of people always look at conversion to be some some subset to urbanization, and that is true,” Johnson said. “But there are some 50 non-farm-related uses that can be approved in the Exclusive Farm Use Zone.” Energy generation and utilities, aggregate mining, golf courses, parks and other recreation uses are examples.

Some good news: “Oregon’s statewide trend is still land going out of production, but at a much slower rate,” he said.

“As our farmer population ages, I believe the discussion is becoming more urgent,” he said. NASS says nearly half of Washington’s agricultural land is set to change ownership in the next 20 years.

“Rising farmland prices, while a benefit to existing owners, can be a barrier to beginning farmers not inheriting land,” Giuntoli said. “A key opportunity here is working with Washington farmers that do not have a succession plan to pass on the land and business to the next generation.”

Without the tools that a succession plan might utilize, large portions of the state’s agricultural land base are vulnerable to fragmentation, conversion to non-agricultural uses, and transfer of ownership to non-farmers, he said.

Near Boise, Ada Soil and Water Conservation District Manager Josie Erskine a couple of years ago moved from north of Eagle, Idaho, where her small farm was surrounded by existing or planned development. With four partners, she and her husband, Clay, bought two Caldwell-area parcels that the county had already rezoned for subdivisions “and turned them back into farms.”

ASWCD hosts events related to optimizing and preserving farmland in the region, and is part of an agriculture working group that includes land-use experts. It operates mostly privately to reduce repeated explanation of issues and possible solutions.

“We have just come to a point where we still want to educate the public, but it has to be a group of people who can move the topic forward,” Erskine said.

Creating more opportunities for agricultural easements, which keep land in ag use long-term, is one potential solution, she said. The owner is compensated through private parties, a land trust or other organization, relieving some pressure to sell merely to generate money for heirs. He or she retains ownership.

Land trusts operate in parts of the state, but “now in Idaho there is no state-funded ag easement program, so this is not an option for everyone,” Erskine said.

“Idaho farmers have been scared of it because they thought it would tie their hands or tie the next generation’s hands,” she said. “But we may be at a place where the next generation cannot farm without these options because land is just too valuable.”

“In general, the concept, as it is becoming more known, is becoming more popular,” California Farmland Trust Associate Director Melanee Cottrill said of ag easements. Demand is strong among families whose next generation does not want to farm “but who are concerned about keeping their family’s heritage, and keeping it a farm.”

Payment to the owner — through state or federal grants, or local-government mitigation funds such as fees charged to developers building on farmland — removes the development premium.

Watershed, habitat and other projects compete strongly for federal and state grants for easements, Cottrill said. But “we are very fortunate to have some extra one-time funding from the state, about $17 million to protect more farmland, available in about six counties. So we are tending to do a lot more easements simply because funding is available.

In southwest Idaho, farmland-encroaching development “has exploded to the point that we all have to grab hold of it, wrestle it to the ground and figure it out,” Somerville said.