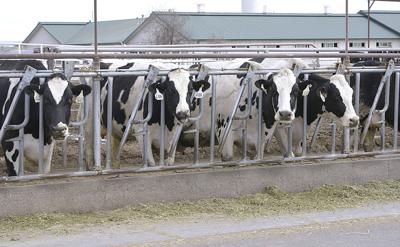 Milk supplies remain balanced in California. Production is seasonally low, but is sufficient to meet immediate needs. As schools in some areas shift to virtual learning, market participants anticipate that Class I requests from schools will be lower this school year. Currently, bottled milk demands are unchanged from last week.

Arizona milk production continues to drop, partly due to record high temperatures in some parts of the state. There were also monsoon rains in some areas. Milk component levels continue to decline. Milk supplies are in good equilibrium with requests, but there are no additional loads to fulfill unscheduled needs. Bottled milk intakes are flat, whereas Class II sales are slightly down. Balancing needs are a bit lower as well.

In New Mexico, milk yield is unchanged from last week. Class I and II demands are steady. Class III sales remain strong. Repair and maintenance projects are still ongoing at a few plants, but they are not much impacting milk processing schedules. As part of the plan to reduce the spread of COVID-19, New Mexico elementary schools are going virtual this semester. This move will likely impact how milk is distributed in the state.

Milk production in the Pacific Northwest is steady to lower. While seasonal weather is keeping the milk flowing along the coast, some higher temperatures farther inland pushed intakes lower. Industry contacts say cream supplies are adequate for most needs. Spot cream loads are more available than in previous weeks.

In the mountain states of Idaho, Utah, and Colorado, milk supplies are more available. While higher temperatures may have suppressed some milk production, contacts think the impact has been minimal due to the ability of cows to recharge during the cooler nights and farmers managing cow comfort with fans and misters. Lower cheese prices are prompting a few manufacturers to not push as hard on cheese production. As a result, milk handlers are moving more milk around the region. Some discounted loads of $4 under Class IV are available.

In the West, condensed skim demands have declined. Some processors have stopped buying additional loads. Supplies are plentiful. Western cream sales have softened. Ice cream buyers are taking less loads compared to a few weeks ago. According to some industry players, cream supplies in Mexico have tightened a bit. As the result, some Mexican customers are inquiring about U.S. cream, but they haven't bought much yet. Western cream multiples are down on both ends of the range.