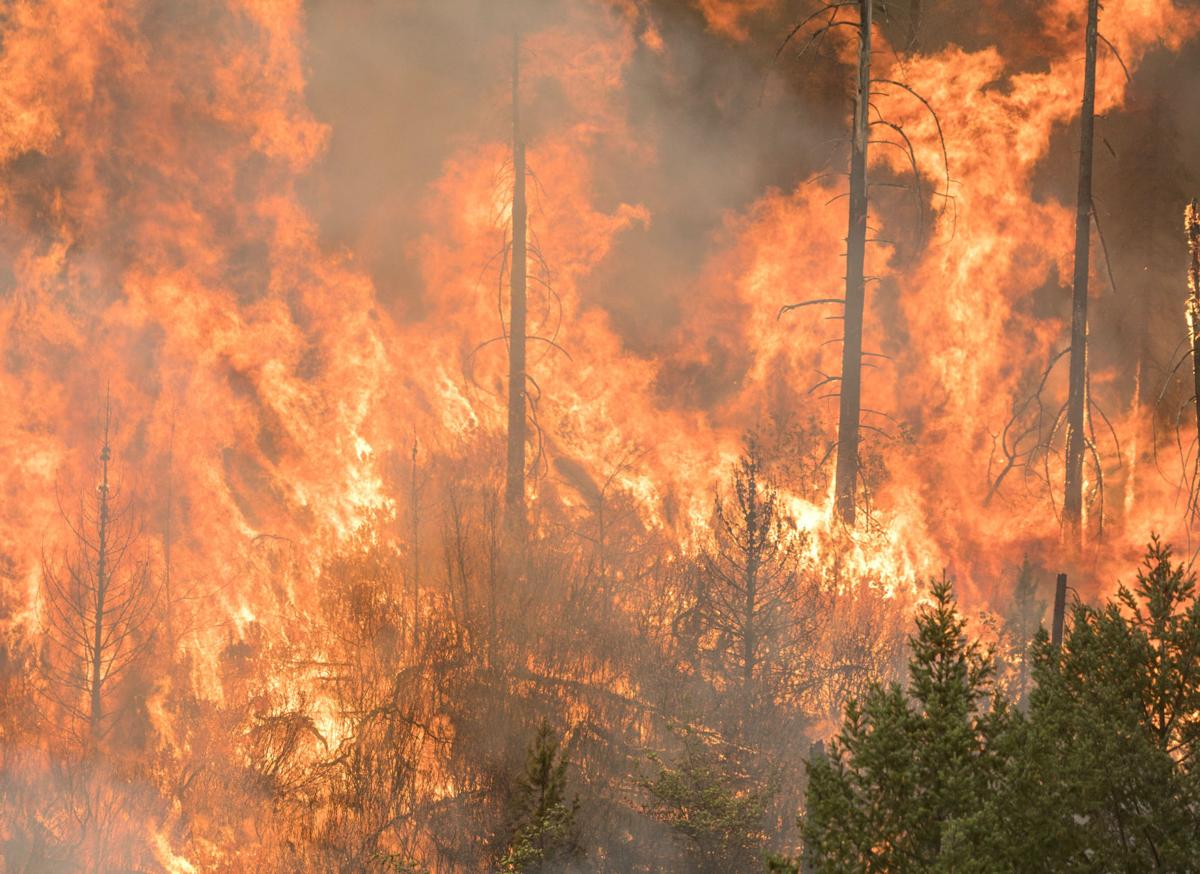 The Archie Fire was one of the biggest in Oregon. 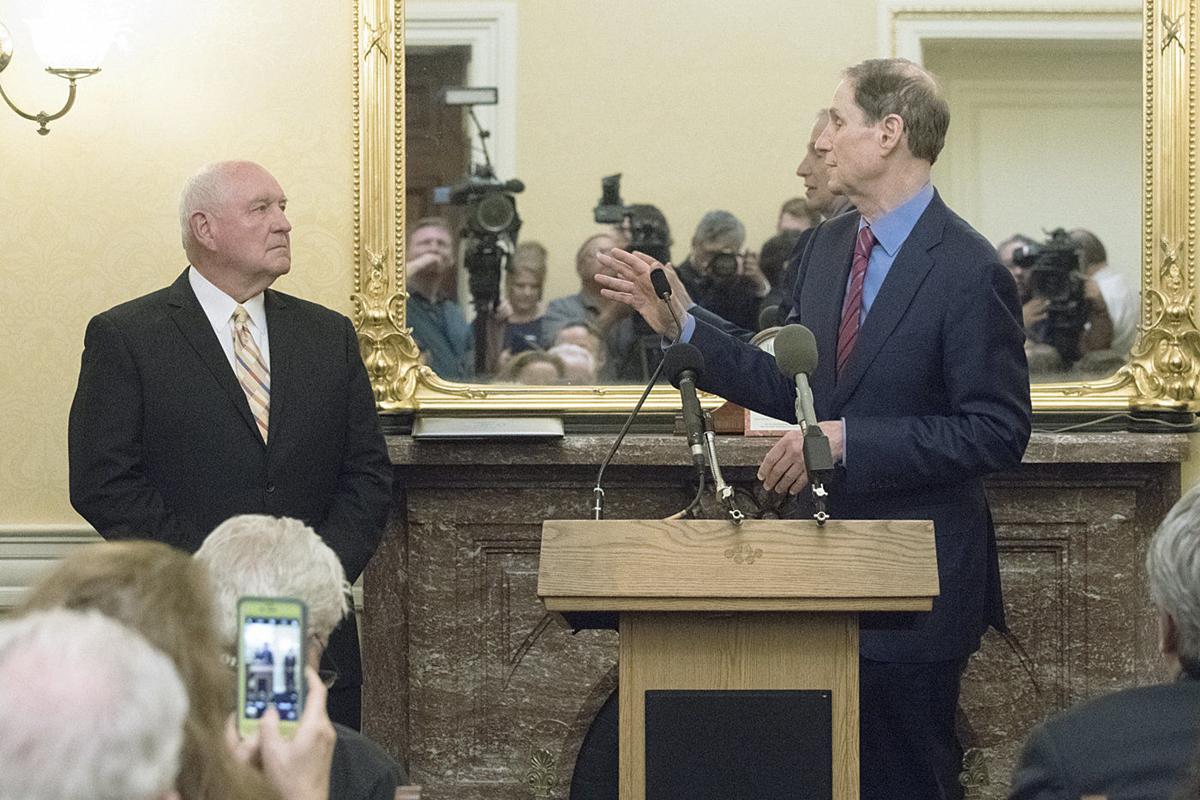 The Archie Fire was one of the biggest in Oregon.

The fury and intensity of the 2018 wildfire season has sparked a renewed push for more active management of federal forests.

Three days after visiting the site of the 229,651-acre Carr fire — which has killed six people and destroyed more than 1,000 homes near Redding, Calif. — USDA Secretary Sonny Perdue announced a new strategy for treating overstocked forests to reverse the trend of increasingly large and destructive “megafires.”

“On my trip to California this week, I saw the devastation that these unprecedented wildfires are having on our neighbors, friends and families,” Perdue said. “We commit to work more closely with the states to reduce the frequency and severity of wildfires. We commit to strengthening the stewardship of public and private lands.”

The strategy, titled “Toward Shared Stewardship Across Landscapes,” calls for the Forest Service to coordinate with states to prioritize restoration projects where they can have the greatest benefit on the landscape, with states convening local partners to discuss what conditions look like on the ground.

According to the National Interagency Fire Center in Boise, Idaho, wildfires burn twice as many acres each year as they did 40 years ago. From 1983 to 1992, fires burned an average of 2.7 million acres per year, while the latest 10-year average shows fires are now burning 6.5 million acres per year. The 2018 wildfire season is on pace to eclipse that total, reaching 5.9 million acres as of Aug. 20.

“We will use all the tools available to us to reduce hazardous fuels, including mechanical treatments, prescribed fire, and unplanned fire in the right place at the right time, to mitigate (wildfires),” Christiansen said.

Congress has also provided a number of tools in the 2018 omnibus spending bill to assist the agency, Christiansen said, such as lengthening stewardship contracts from 10 to 20 years, creating new categorical exclusions to expedite environmental review, and ending the practice of “fire borrowing,” where the Forest Service was forced to transfer funds from non-fire programs to cover firefighting costs.

Sen. Wyden, a senior member of the Senate Energy and Natural Resources Committee, said the strategy is a “fantastic framework for meaningful and lasting progress.”

“At a time when these blazes are threatening homes and businesses as well as generating choking smoke that’s creating clean air refugees looking for places to breathe, this innovative plan provides the urgently needed blueprint that will enable local, state, and federal entities to work more efficiently to tackle the growing backlog of hazardous fuels,” Wyden said in a statement.

Paul Hessburg, a research landscape ecologist for the Forest Service in Wenatchee, Wash., has studied fire behavior over the past 34 years, reconstructing roughly 400 landscapes and documenting changes from the early to late 20th century.

What he found consistently from forest to forest was an increase in fuels and density in dry pine and mixed conifer forest caused by a combination of fire exclusion, historical grazing and timber practices that eliminated patchworks of grass and sparse woodlands, which carry smaller, low-intensity wildfires compared to more extreme crown fires.

Climate change is another factor, Hessburg said, melting away mountain snowpack earlier in the year and contributing to longer, hotter wildfire seasons — and, as indicated by this year’s fires, humans are smack-dab in the middle of the problem.

“We’ve allowed people to develop in high-fire danger environments,” Hessburg said. “All of a sudden, you don’t want fire next to your home, and you don’t want smoke. You can see the rationale for aggressive fire suppression.”

Hessburg has taken his years of data and developed a public presentation, “Era of Megafires,” which he has delivered to more than 25,000 people in 110 cities. He said public land management is “the ultimate experiment in participatory democracy,” and was struck by how powerful the information could be in the hands of the people.

For communities within the wildland-urban interface, Hessburg recommends developing a Community Wildfire Protection Plan, identifying areas for hazardous fuels reduction and recommending measures for homeowners to keep their property safe.

Hessburg said he believes the new Forest Service strategy is promising, but it will ultimately come down to how the goals are implemented. He said farmers, ranchers and private forestland owners are critical partners in the process moving forward.

“They should be at the table, and they should speak up,” he said.