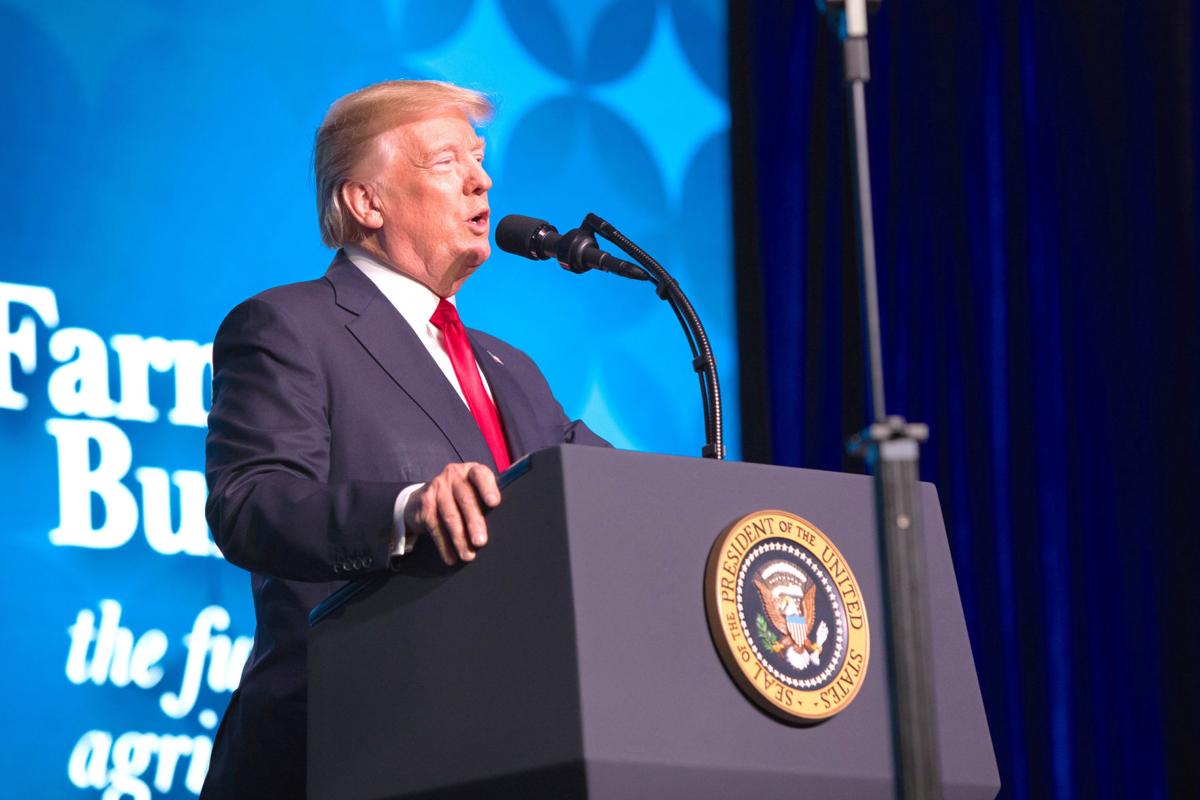 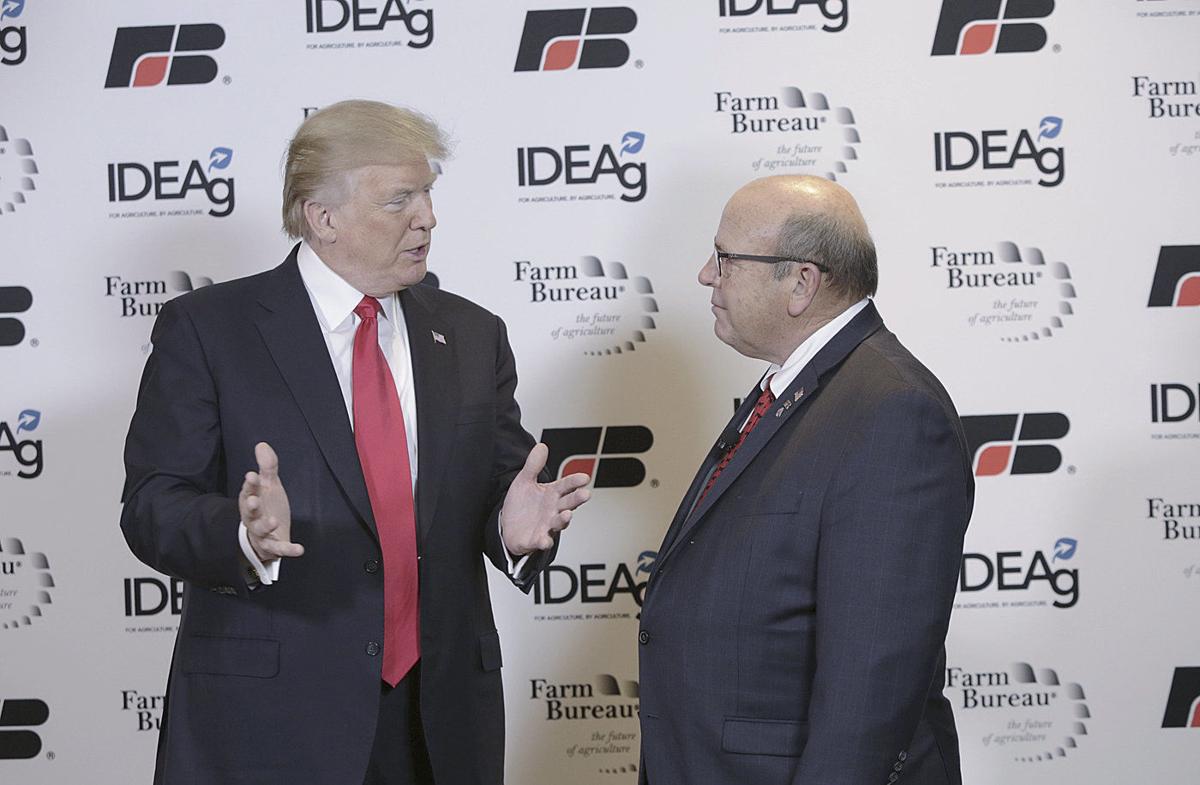 Trump also commended growers on their foresight in supporting his presidential campaign, which many political analysts regarded as a long shot before his upset victory more than a year ago,

“Oh, are you happy that you voted for me,” he said. “You are so lucky that I gave you that privilege.”

The crowd seemed to agree wholeheartedly, at one point spontaneously breaking into a chant ­— “USA! USA! USA!” — after Trump spoke about respecting the American flag and the national anthem.

Aside from appealing to their patriotism, Trump reminded farmers of the “regulatory assault” they and other rural working-class Americans experienced before he came into office.

Since then, Trump said he’s more than honored his promise to revoke two regulations for every new one enacted.

The rate has actually been 22 repealed regulations for each one imposed, he said.

After the U.S. Environmental Protection Agency and Army Corps of Engineers began rolling back the “waters of the U.S. rule,” which threatened to restrict farming practices, “tough” men and women cried with gratitude, Trump said.

The recent tax reform bill, which lowered the corporate tax rate from 35 percent to 21 percent, also contains provisions that will especially benefit farmers, he said.

For example, growers will be able to deduct the entire cost of a new piece of machinery from their income within one year, Trump said. “That is something I think is going to be the sleeper of the bill.”

Doubling the exemption from the estate tax, from $5.5 million worth of assets to $11 million, was also included in the bill despite being “a tough one to get,” he said.

Farmers gave Trump a standing ovation upon mention of the estate tax change, which led him to comment that they must love their families.

Trump briefly touched on the North American Free Trade Agreement, saying that he’s working hard to get a better deal. NAFTA was a common target during his presidential campaign but is generally popular in agriculture.

He took a feistier approach to immigration, another sensitive subject due to labor shortages in agriculture, by reiterating tough stances from his presidential campaign.

Looking forward to the upcoming farm bill negotiations, Trump said he would push Congress to enact new legislation before the previous version expires in 2018.

Trump said he’d insist the bill should include crop insurance, “unless you don’t want me to,” he said.

Hearing the audience applaud, he remarked, “I guess you like it.”

If the response was less enthusiastic, he joked, “forget it.”

Growers can also look forward to road and infrastructure projects being completed “under budget and on schedule,” Trump said, urging them to follow these developments on his Twitter account.

“It’s the only way to get around the media,” he said. “Fake media.”

At the conclusion of his speech, Trump told the crowd they could anticipate a new era of patriotism and pride under his tenure.

“I am proud to stand with you, and I will be standing with you for many years to come,” he said.

The report recommends improving “e-connectivity” to increase rural productivity with high-speed internet access, enhancing rural quality of life with modern utilities, transportation and housing, as well as providing training and other services to develop the rural workforce.

“Harnessing technological innovation” in agriculture, manufacturing and other industries is also recommended in the report, as is overall economic development through tourism, energy, logging and technology.