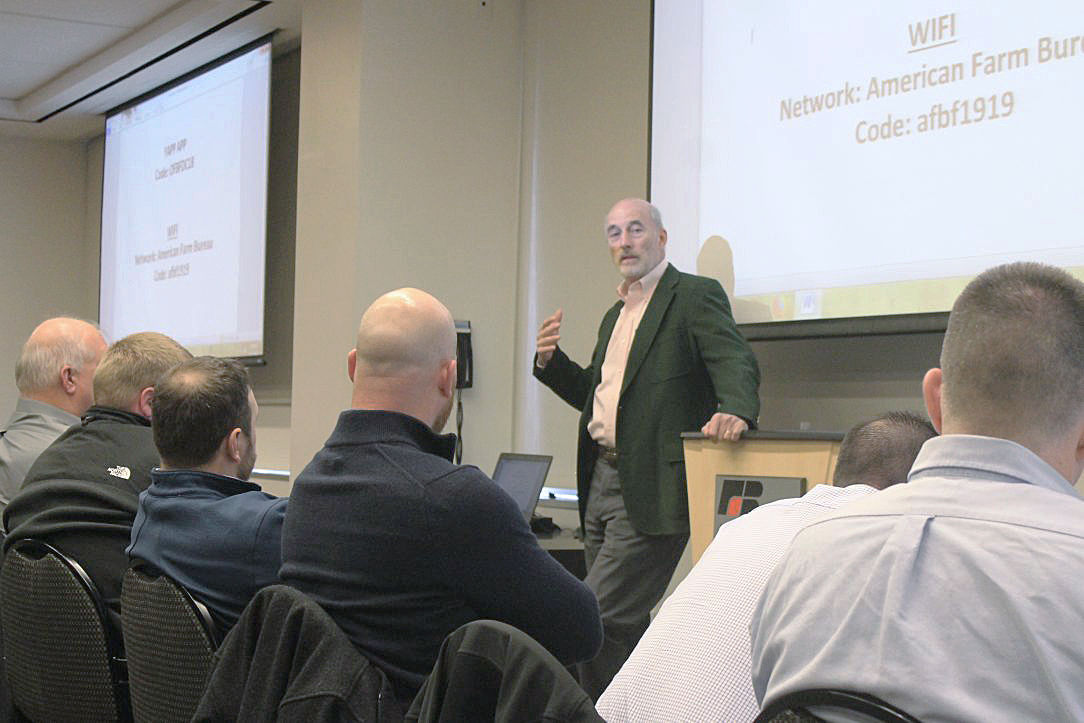 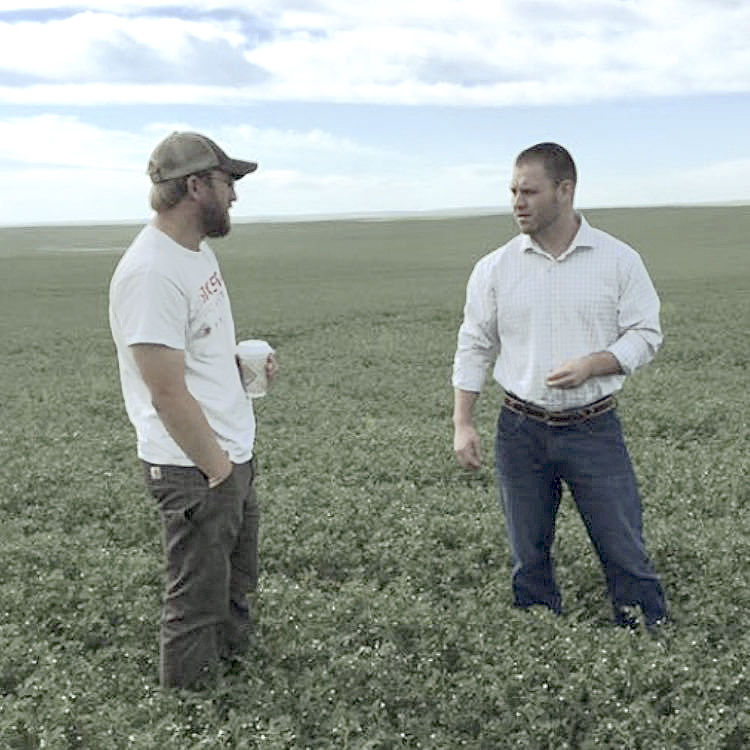 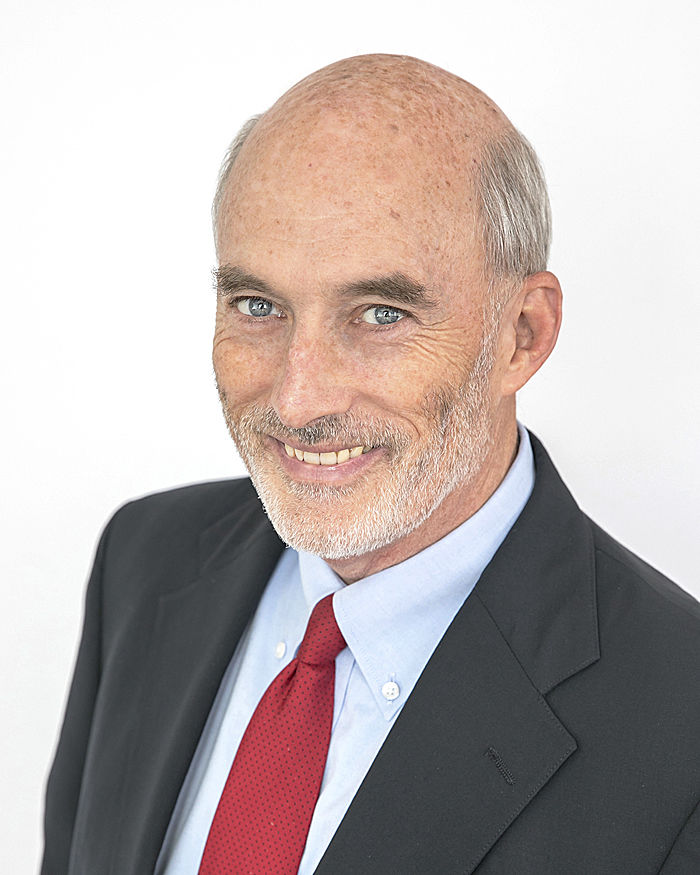 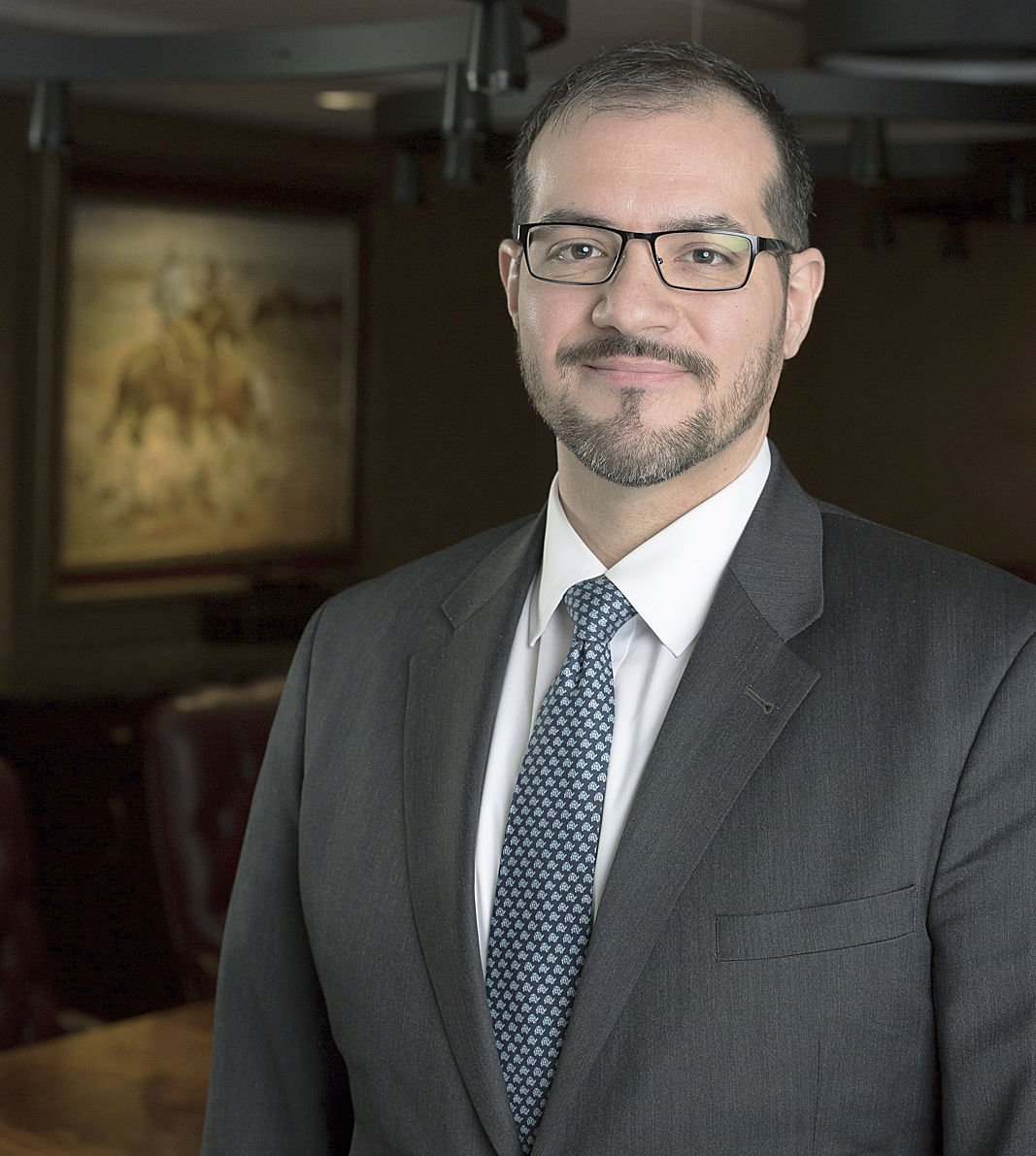 Flanked by Agriculture Secretary Sonny Perdue and National FFA officer Valerie Early of Minnesota, President Donald Trump holds up an executive order in 2017 creating a task force to promote agriculture and rural prosperity. Trump has repeatedly told U.S. farmers he loves and supports them and in return they largely continue to support him even though some of his promises, better trade deals and strong support for corn-based ethanol, haven't been fully kept. For many farmers and the politicians representing them criticizing the policy failures but not the president himself is a delicate dance.

In October of 2016, presidential candidate Donald Trump told the American Farm Bureau Federation he would change or repeal unjustified regulations that are bad for American farmers and consumers.

“Our nation’s regulatory system is completely broken. Terrible rules are written by unelected, unaccountable bureaucrats who often know nothing about the people they are regulating,” he wrote to the Farm Bureau in its survey of candidates. “The regulators have all of the power, and our nation’s farmers are often forced to endure costly, burdensome, and unwise regulations that are bad for American farmers and consumers.”

When he won the election, farmers and ranchers were hopeful he would stand by that promise and loosen the regulatory grip that has put increasing pressure on their livelihoods.

Two years later, some reform has already taken place, and other changes are in the works. Some agricultural groups say the biggest factor is the Trump administration is more willing than the Obama administration to listen to their concerns.

On the regulatory front, this administration is clearly better than the last, said Paul Schlegel, managing director of public policy for the Farm Bureau.

“There is a tendency to listen a little bit more in this administration and welcome input,” he said.

Outreach is better, and there’s a willingness to get a feel for what it means to own land and invest in equipment, he said.

“It’s a significant change. I think when people do listen they gain an appreciation of your view and don’t dismiss it out-of-hand,” he said.

Waters of the U.S.

The Farm Bureau has focused on changes to several regulatory issues, with the Waters of the U.S. at the top of the list, he said.

In the waning days of the Obama administration, the Environmental Protection Agency and the U.S. Army Corps of Engineers released the controversial WOTUS rule, which greatly expanded federal authority over waters protected under the Clean Water Act.

More than 30 states sued the federal government, and the Farm Bureau and farmers were involved in litigation as well, he said.

In December, the Trump administration proposed a new WOTUS rule, which it says will bring certainty to farmers and ranchers that they’re not going to face enforcement for what they do on their land and features such as a low spot that temporarily holds water after a rain won’t be subject to regulation, he said.

“It’s a more balanced and reasonable interpretation of the statute. It’s tremendously important,” he said.

Reining in WOTUS is also a top priority for National Cattlemen’s Beef Association.

“That’s one (issue) where we’re seeing repeal and replace — that’s huge,” Scott Yager, NCBA’s chief environmental counsel, said. “It’s one of the biggest issues; it regulated just about anything out there.”

It was also intentionally ambiguous to give agencies carte blanche to interpret the rule however they want, he said. The rule would have applied federal protection to every stock pond, farm ditch, seasonal stream and dry wash in the country, he said.

It was a broad over-expansion of the Clean Water Act, which would have resulted in every farm and ranch falling under its purview. That would have a direct impact on producers in time and money to comply, get permits and hire consultants and engineers, he said.

Replacing the rule is taking longer than NCBA had hoped, but it’s happening. The administration came out with a new rule that includes some really good things, he said.

“It provides clean water and clear rules,” he said.

The new rule will mean significantly less water will come under federal regulation than under the Obama administration version. It strikes a balance between which federal waters need to be protected and the proper role of federal government — meaning it doesn’t go too far, he said.

“There’s a role for federal government, it’s just not everything. Congress wrote ‘navigable waters’ in the Clean Water Act for a reason,” he said. Navigable waters — those in which a boat could travel — were included in the original law. Smaller bodies of water were generally excluded.

On the flip side, the Trump administration is trying to figure out where federal authority should apply and NFU is concerned that the replacement rule is too much of an overcorrection, he said.

Some environmental groups believe the Trump administration overstepped its boundaries.

The Environmental Working Group contends rolling back WOTUS will imperil drinking water for more than one-third of Americans because some 117 million people get at least some of their drinking water from small streams.

“Even a child understands that small streams flow into large streams and lakes — which provide drinking water for so many Americans,” Craig Cox, EWG’s senior vice president for agriculture and natural resources, said.

“By removing safeguards and allowing industry to dump pollutants into these water sources, Trump’s EPA is ensuring more contamination challenges for utilities and dirtier water for their customers,” he said.

Another issue critical to agriculture — particularly farms that rely on hired workers to harvest crops and tend fields and orchards — is the H-2A guestworker program. USDA and the Department of Labor announced last summer they were moving ahead to reform the program, Schlegel said.

The program has grown enormously, to about 250,000 H-2A visa workers brought into the U.S. each year, and is increasingly important to farmers and orchardists who cannot find enough domestic workers, he said.

“It’s in dire need of streamlining and reform,” he said.

The Farm Bureau is hoping many of the needed changes will be forthcoming from this administration, he said.

In other areas of reform, Farm Bureau is working with the administration to address concerns about the Endangered Species Act, hours of service limits for livestock haulers, tax regulations and to clarify the prior-converted cropland exemption in the so-called “Swampbuster” program that covers wetlands, he said.

The Trump administration has considered several regulations and policies agriculture views as onerous, repealing some and working to reform others. Some were created by the Obama administration, while others became more acrimonious during his tenure.

Changes to the “sue and settle” policy at the EPA and Department of Interior is one example of how this administration is making positive changes, Yager said.

The agencies now have to publish settlement agreements, bringing them into the sunshine. There can no longer be secret settlements made behind closed doors between activists and the federal government, he said.

Large farms would have been required to estimate how much methane gas their livestock produced and report it to emergency responders such as the Coast Guard. The rules had originally been written to cover chemical manufacturing plants.

That’s a big victory for NCBA members, he said.

The administration is also making improvements to how the Endangered Species Act is implemented and is working with the industry to adjust hours of service for livestock haulers, who cannot stop in the middle of trip without endangering the animals, he said.

These are all things NCBA is working on and seeing efforts from the Trump administration to fix, with varying degrees of movement, he said.

“We’re seeing a government shift to make fixes, which is a great thing,” he said.

EPA is also doing a lot in a short amount of time to undo bad policy and replace it with better policy, he said.

“It’s been refreshing and a whole new ball game. We have a seat at the table, and we’re being listened to,” he said.

Agriculture had a seat at the table with the Obama administration, but no one was listening, he said.

“It doesn’t mean we get everything we want, but we have an equal seat at the table. And things are happening with this administration,” he said.

The National Farmers Union, however, views Trump’s rollback on regulation as a mixed bag.

“I think our relationship with USDA has been really strong, and the administration at times is working directly with the challenges family farmers and ranchers are facing,” the NFU’s Perdue said.

At other times, NFU wonders if the administration is taking those challenges into account, he said.

“In some cases, the administration is responding with an understanding of what family farmers and ranchers need or want. In other cases, we wish there was more consideration of the needs,” he said.

While the administration is addressing the ongoing saga of the Department of Transportation’s hours of service requirements for livestock haulers, NFU is hoping for more flexibility in loading and unloading times and when trucks are sitting at a stockyard, he said.

USDA’s withdrawal of the Farmer Fair Practices Rules, however, doesn’t show evidence that USDA is working to provide producers protection, he said.

Those rules would have better protected farmers and ranchers from unfair practices by meatpackers and processors under the Packers and Stockyards Act, he said.

The decision to withdraw them was “not necessarily made in the best interest of family farmers and ranchers,” he said.

“In the face of these challenges, the Trump administration’s proposed rollbacks to water, wetlands and wildlife policies are shortsighted,” she said.

“It’s not an issue of party ideology. Past Republican administrations have established and strengthened policies that protect environmental and public health while also creating economic opportunity for rural Americans,” she said.

On the positive side, Congress recently passed a bipartisan Farm Bill with full funding for incentive-based conservation programs. In addition, companies such as Smithfield Foods and Tyson Foods are helping farmers generate new revenue streams and be part of the climate solution, she said.

Most agricultural groups, however, view the administration’s reforms as welcome relief. But the question is whether the regulatory and policy reforms will hold up to potential legal challenges or under a new administration.

Just about everything EPA is doing has faced, is facing or will face litigation by activist groups, Yager said.

WOTUS will definitely end up in the U.S. Supreme Court, he predicted. The good news is that court has a strong private-property-rights majority, and the new rule should be upheld, he said.

But another administration, Republican or Democrat, could certainly try to undo or change what the Trump administration has done. That’s why timing is so important in getting the reforms completed, and there isn’t a lot of time before the 2020 elections, he said.

In the case of WOTUS, the sooner it is completed, the sooner it can go before the court and be defended by the Justice Department. The sooner it’s finalized, the more durable it will be in the long term, he said.

If EPA runs out of time and WOTUS is not finalized, it would be easy for the next administration to overturn it, leaving everyone stuck with the 2015 rule on the books, he said.

The Farm Bureau’s Schlegel agrees that Trump’s WOTUS rule will probably end up in court, and other reforms might be subject to legal challenges as well.

“Yes, policy can change, and it’s easier to change than statutes,” he said.

It’s far too early to tell if there will be significant legal challenges to Trump’s regulatory reforms, but some of them — such as the withdrawal of the Farmer Fair Practices Rules — have already held up in court, he said.

What is really needed are more laws on the books to protect family farmers and ranchers, he said.