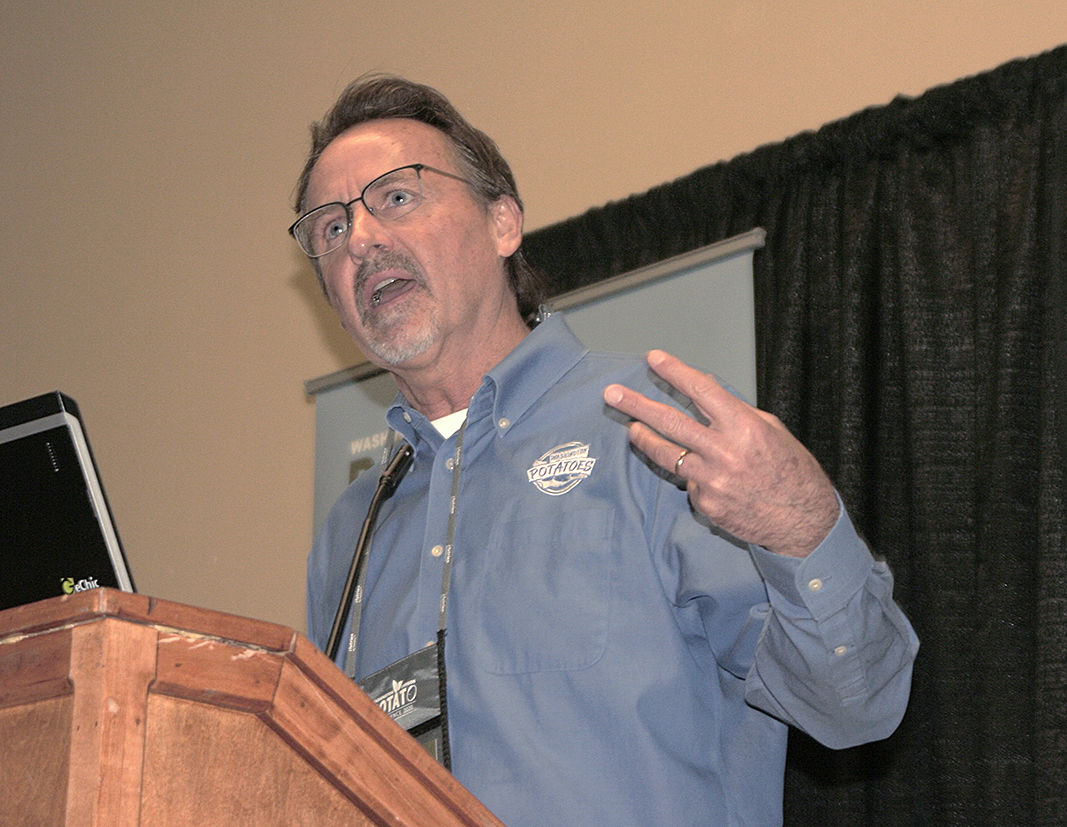 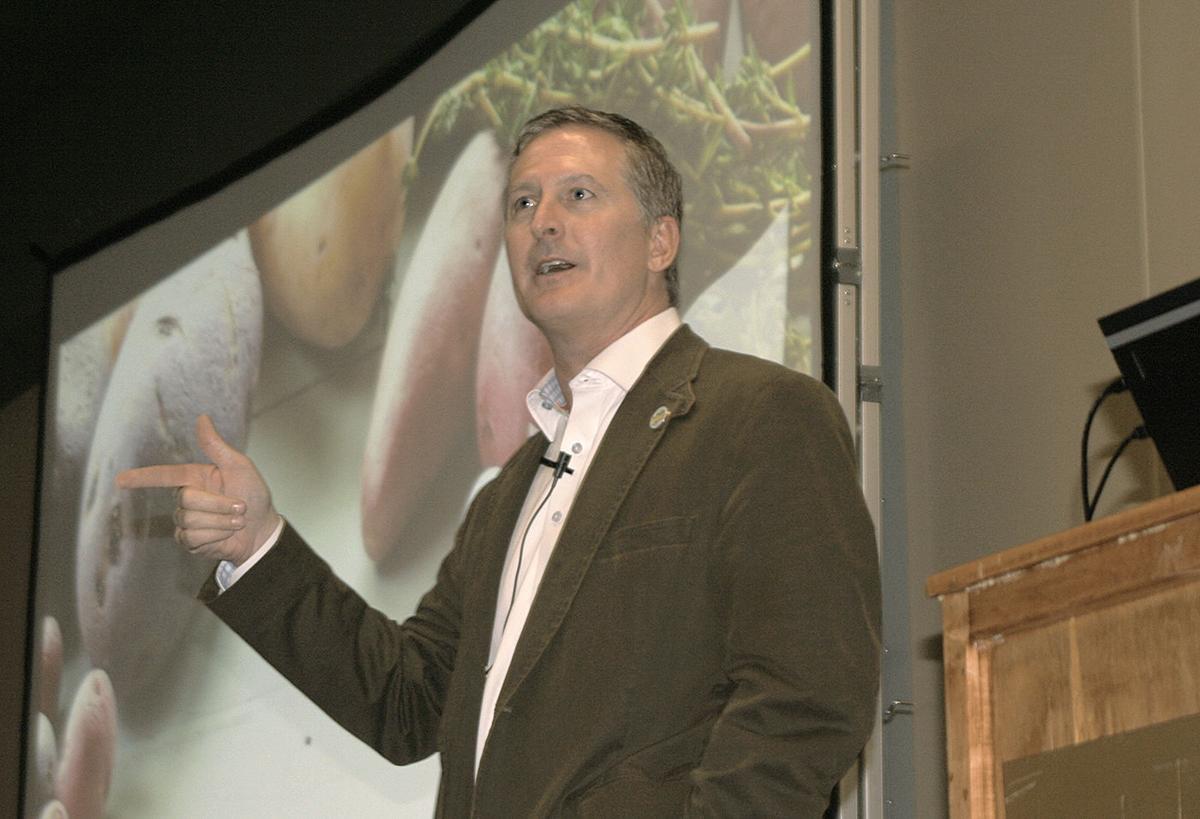 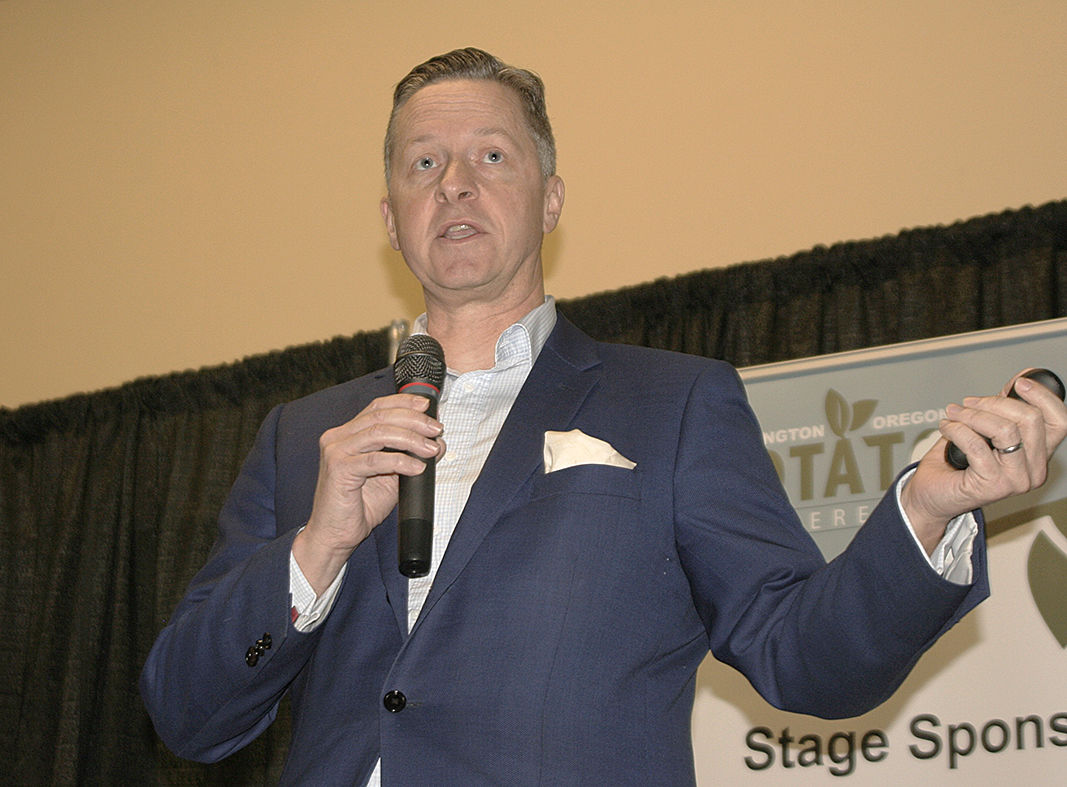 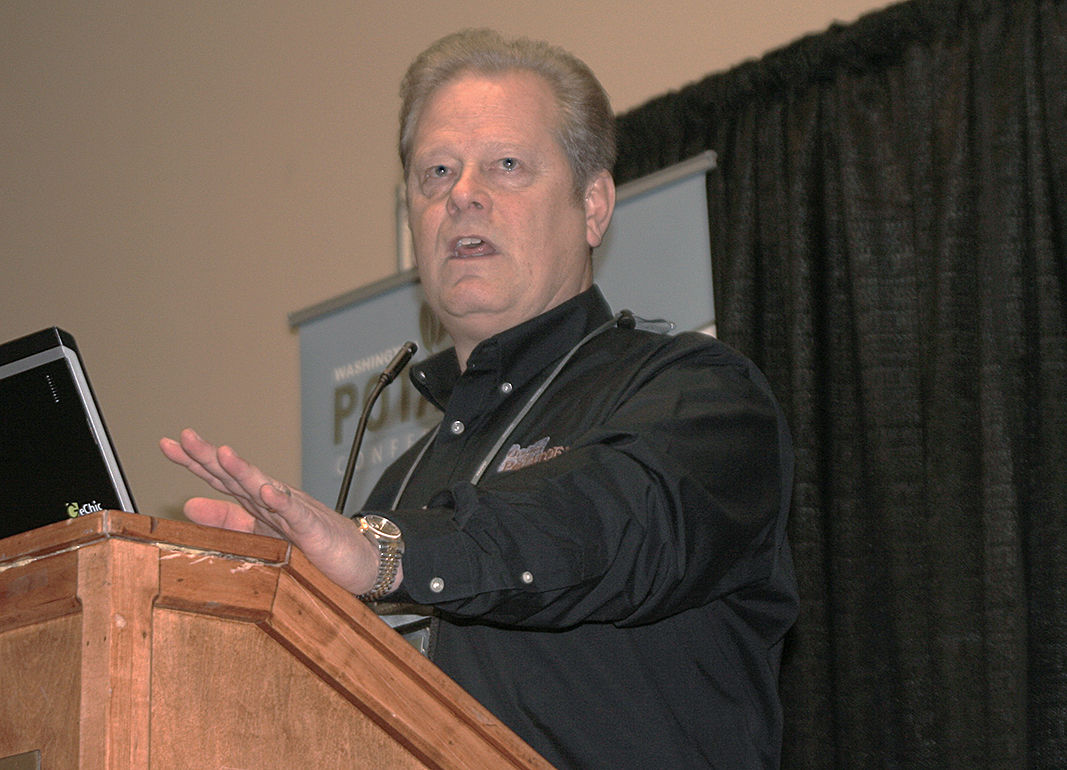 KENNEWICK, Wash. — Demand is so high for U.S. potatoes that the industry cannot keep up, several speakers said during the Washington-Oregon Potato Conference.

The U.S. industry used to have more than 50% of international sales of frozen potato products, but it is now about 23%.

“It’s not because we can’t do it, but we didn’t invest in our infrastructure for many years,” Richardson said. “That’s changing, we’re doing it now, on the processing side specifically. ... The potential for this industry is growing.”

U.S. potato exports and imports have both increased by 53% in the last 10 years. Fresh potatoes are entering the U.S. from Canada, the European Union and China because the U.S. is not able to supply full domestic demand.

Richardson attributes demand growth to a reversal in consumer trends. More customers prefer to purchase food out than prepare meals at home. French fries are the favorite American side dish in food service, and potatoes in any form are third. A green side salad is No. 2. Potatoes are on 83% of all food service menus.

Other points made by industry leaders during the Washington Oregon Potato Conference included:

“Losing Collin Peterson in the House Democratic Caucus would be really challenging for agriculture broadly — he knows our issues, he was one of the key players who made the 2018 Farm Bill happen,” Quarles said. “If that happens, you would have three of the four leaders of the agriculture committees (leaving). Leadership would all change hands very quickly. That’s a lot of institutional knowledge going out the window really quickly.”

• Quarles expects more attention to be paid to USDA’s supplemental trade assistance program to benefit farmers in the wake of trade volatility.

“The challenge going forward with all of this money going out the door across trade mitigation programs is the overall cost of this,” Quarles said. “This money that’s been rolling out over the past few years is nearly reaching the value of the Farm Bill, and these monies are not budget items. At some point, Congress is going to take a look at this. This spending is going to come under closer and closer scrutiny because the number’s just getting so big.”

The position will focus on soil health and microbiology to improve fertility, quality and yields.

Voigt said the researcher could continue projects like the recent study of chemical alternative additives.

“This is a critical position for us,” he said. “It’s hard to find new ground to plant potatoes on right now. We’ve got to figure out, is there a better way we can manage our soils to increase yield, increase quality.”