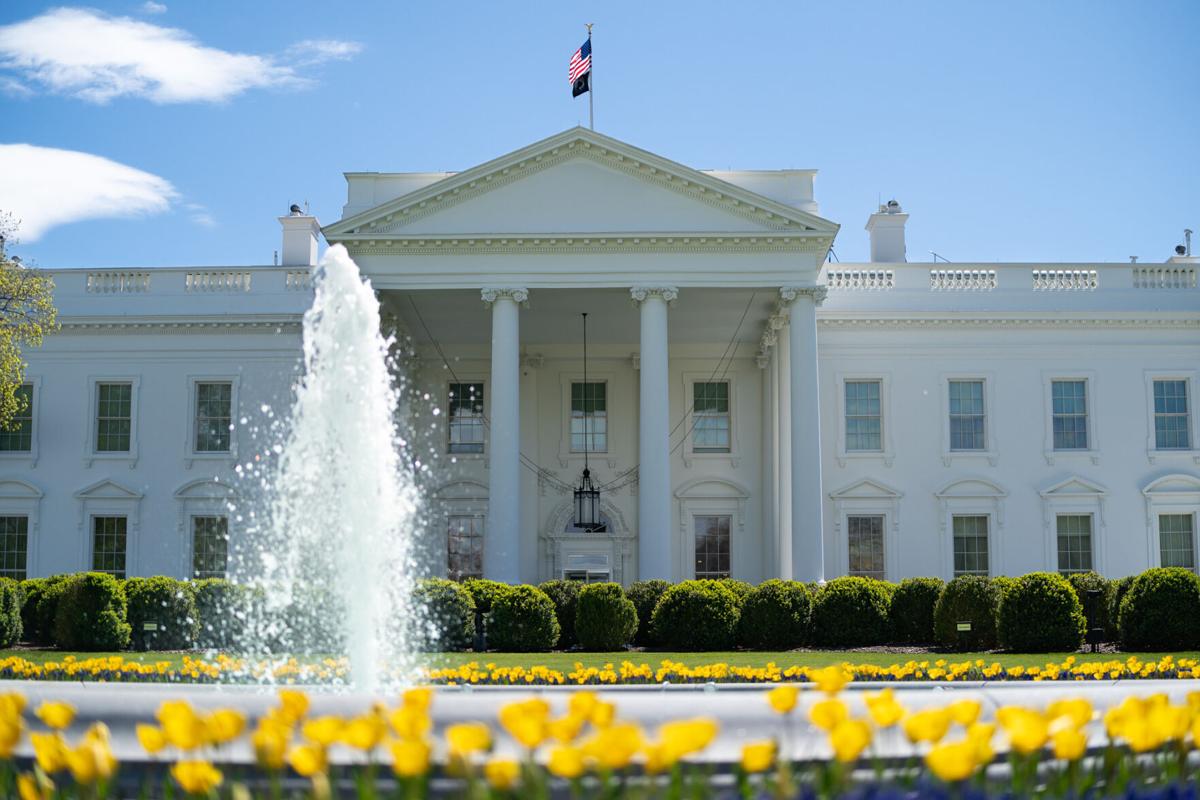 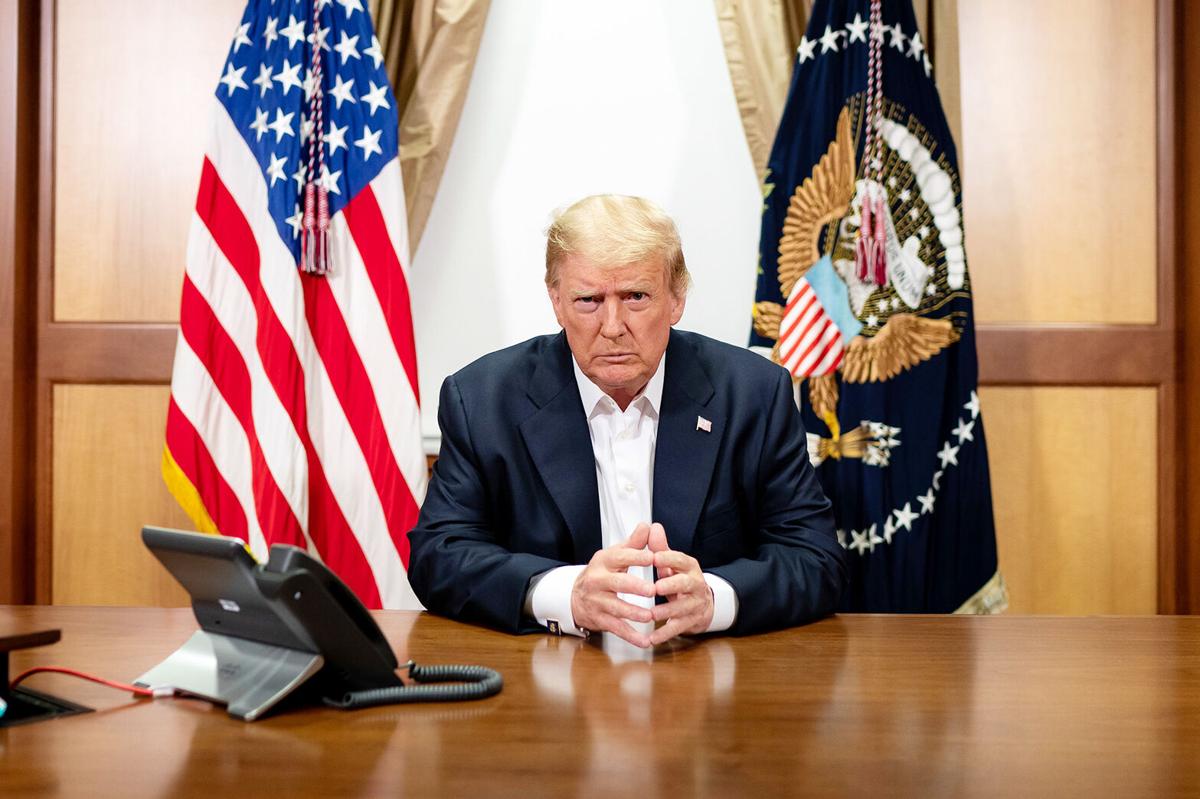 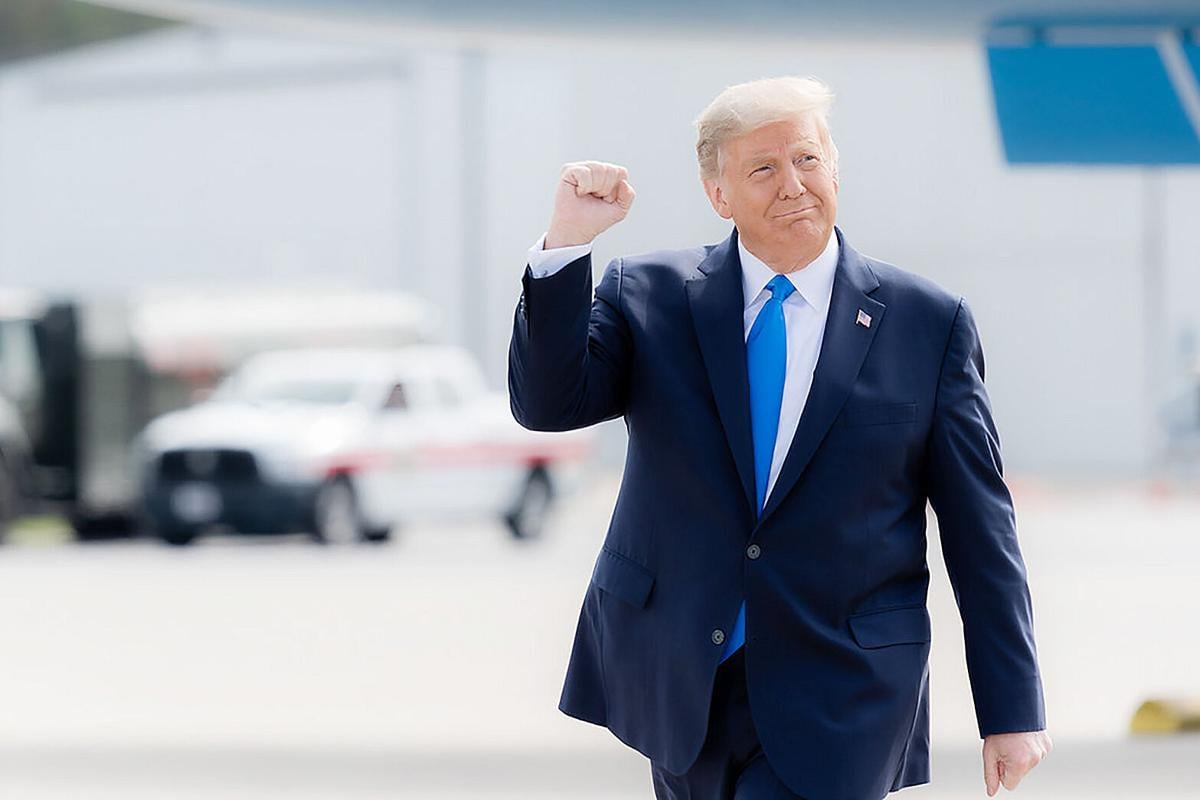 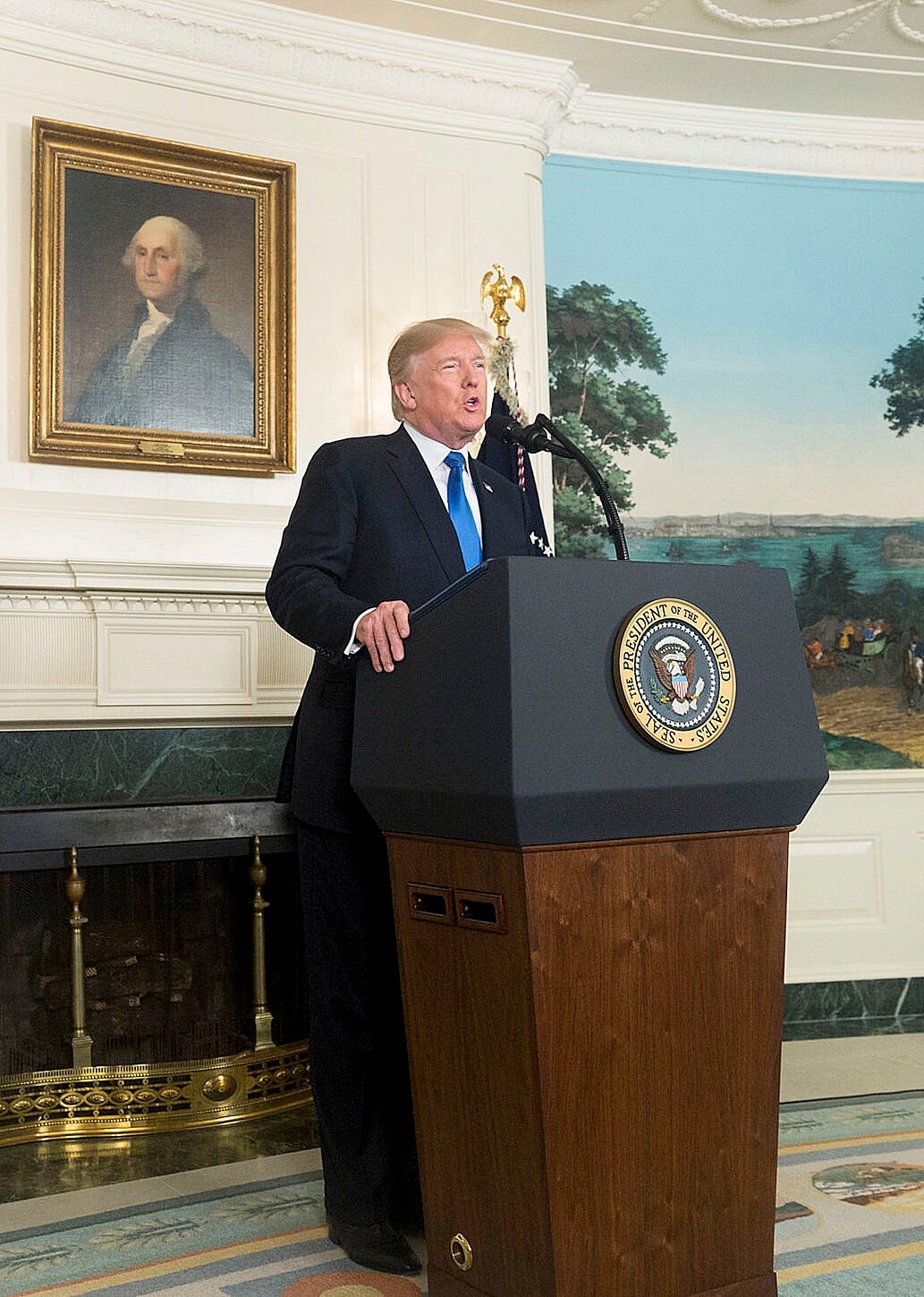 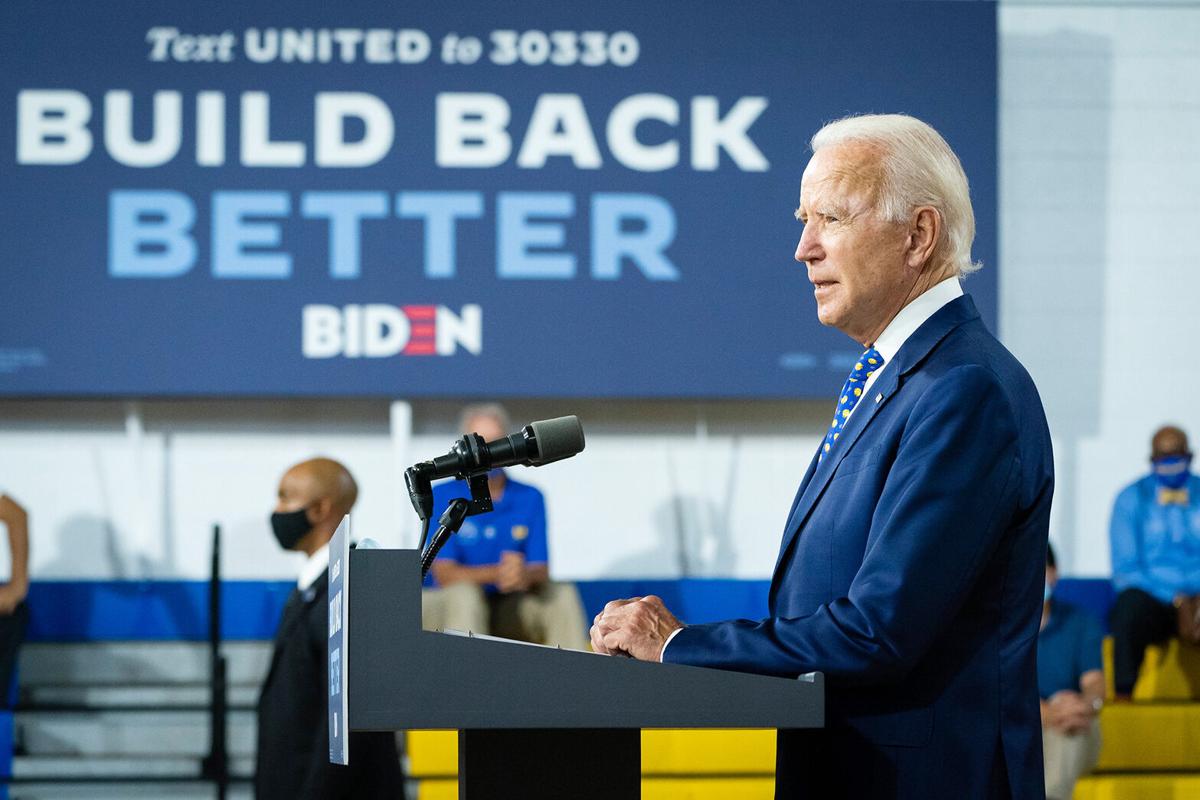 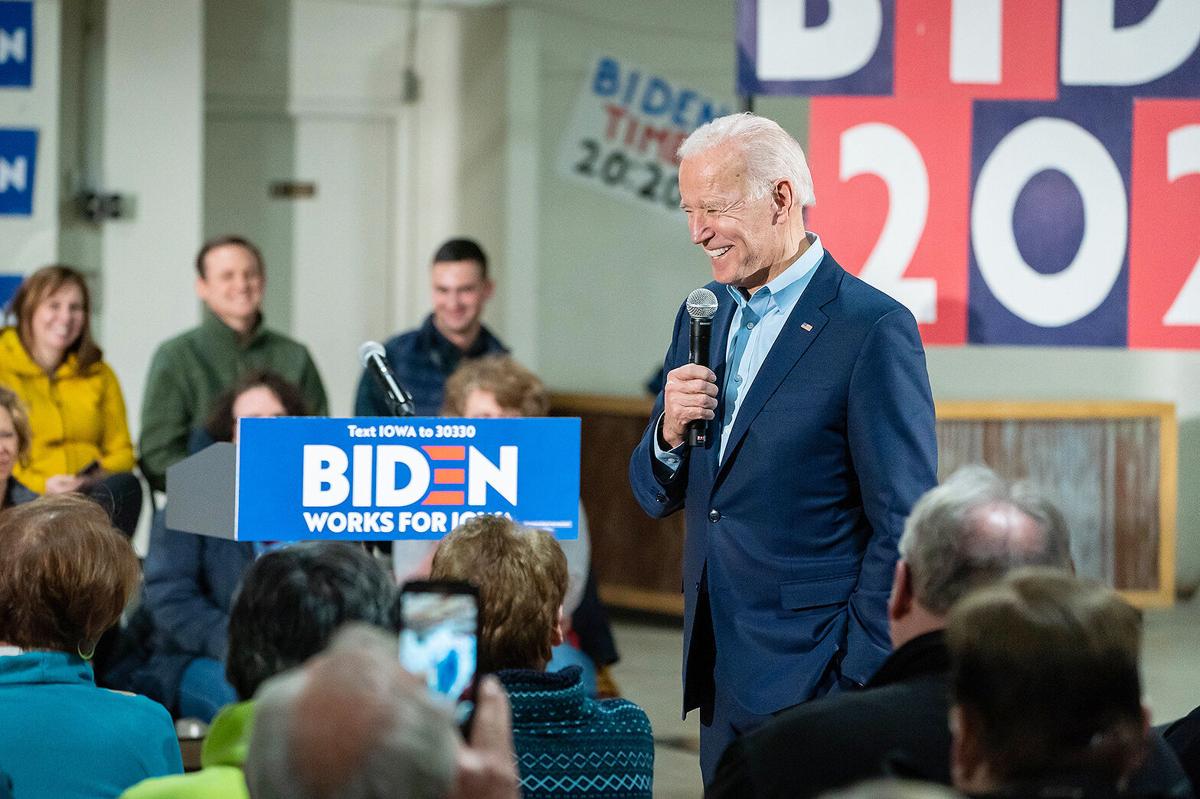 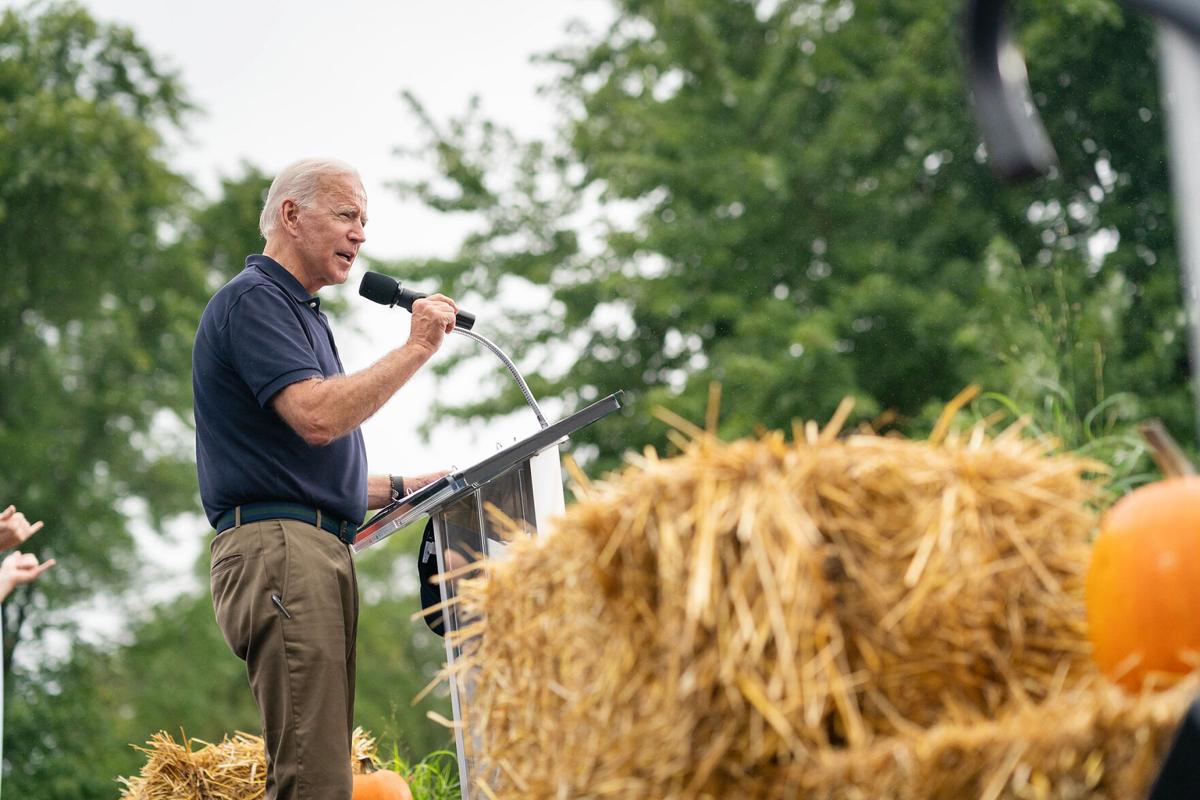 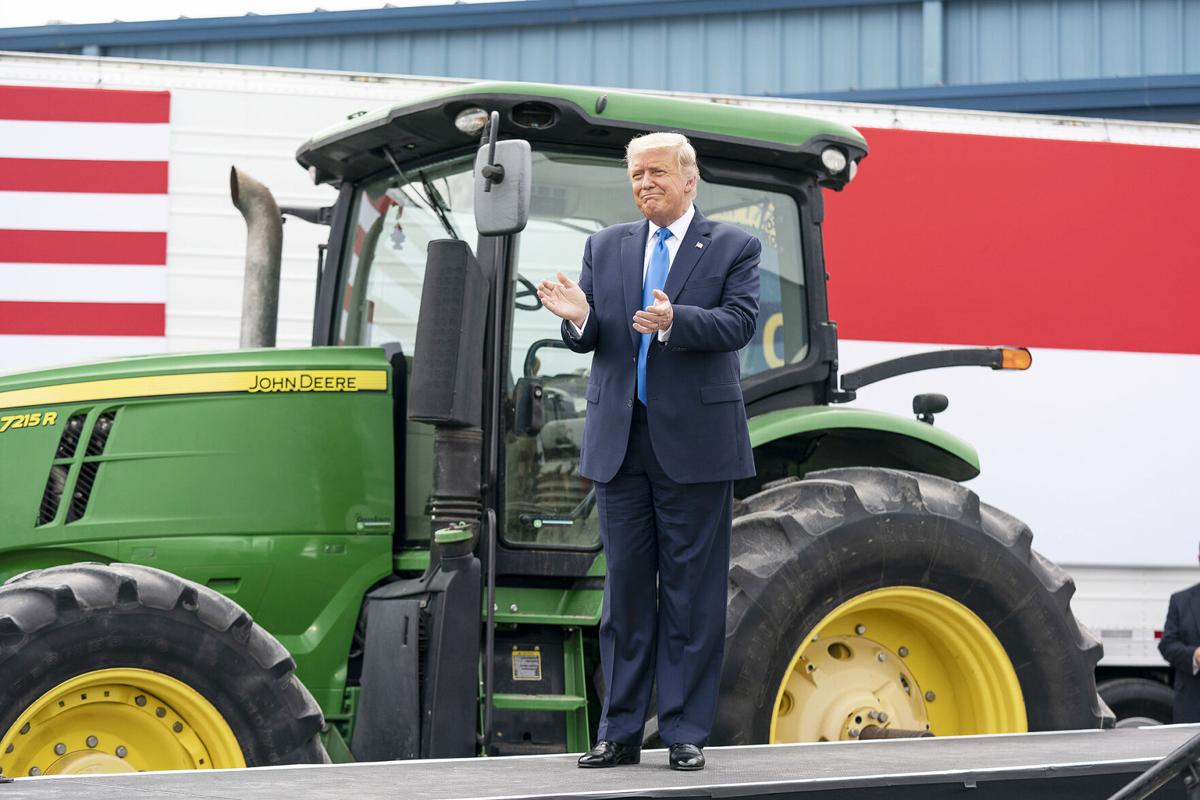 President Donald Trump during a visit to North Carolina. 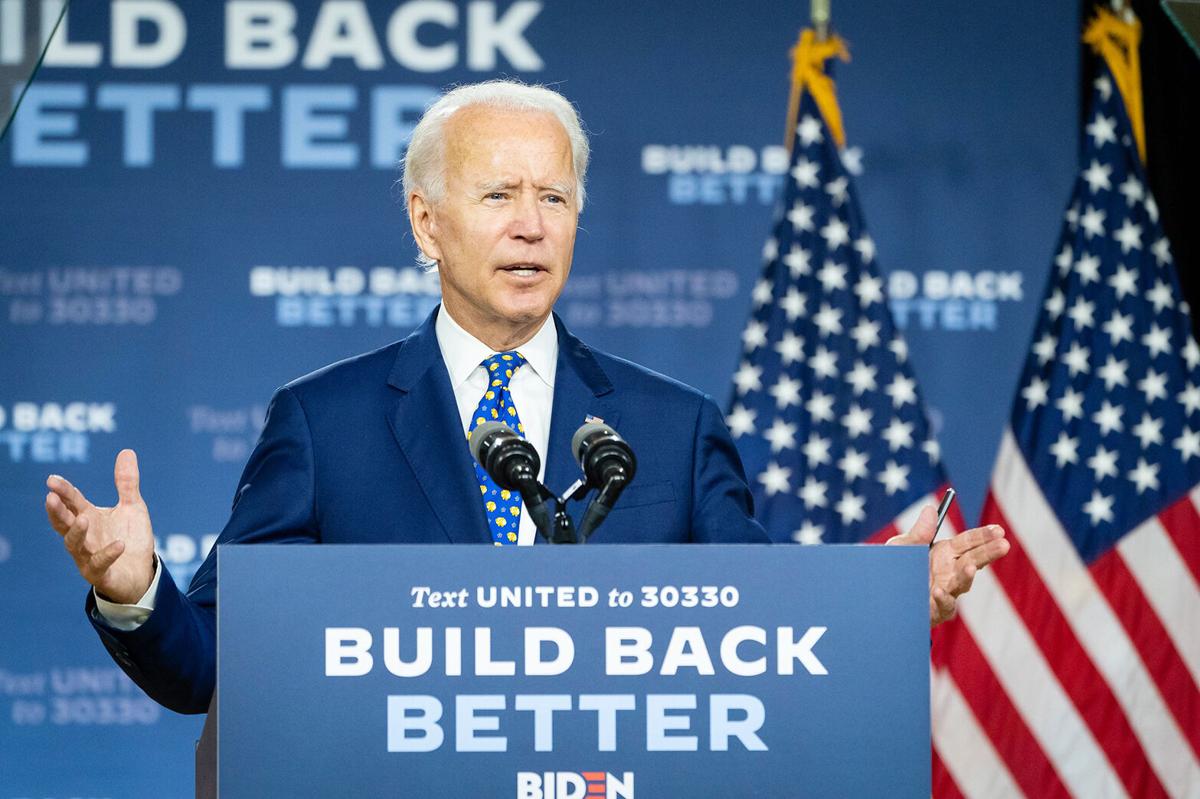 President Donald Trump during a visit to North Carolina.

WASHINGTON, D.C. — As Election Day approaches, all eyes will be on the race for the White House.

Voters will decide Nov. 3 if President Donald Trump will receive a second term in office, or if Democratic challenger and former Vice President Joe Biden will get his chance to lead the nation.

While farmers and ranchers make up just 1% of the total U.S. population, both candidates have outlined agricultural policies they say will help producers become more profitable, sustainable and resilient. Issues highlighted by the campaigns include international trade, rural infrastructure, labor reform, improving the food supply chain and climate change.

In 2016, Republican Donald Trump won 67% of the farm vote compared to 24% for Democrat Hillary Clinton, according to an Agri-Pulse poll.

This year, Biden hopes to close that gap, especially in critical swing states, with his “Build Back Better” plan for rural America.

Trump, meanwhile, says he has kept his promises by negotiating freer and fairer trade deals — including the United States-Mexico-Canada Agreement and the Phase 1 deal with China — and reworking what he describes as overly burdensome regulations such as the Waters of the U.S. rule.

The Capital Press contacted the Trump and Biden campaigns to discuss key topics affecting Northwest agriculture. Their responses have been edited for length and clarity. Information provided by the Biden campaign comes from the “Build Back Better” plan.

Trump: A major focus of the Trump administration has been to renegotiate trade deals that were weak and provided inadequate market access. In their place, the new deals have provided important protections to U.S. farmers and ranchers.

Previous administrations negotiated trade deals that put our farmers and ranchers in a negative position to those who we compete with in foreign markets. To address this, the Trump-Pence administration negotiated the following significant multilateral trade agreements: South Korea, Japan, USMCA and China Phase 1.

In addition to the new agreements President Trump has negotiated, we have also stood by our farmers when they were targeted by unjust trade retaliation. Other countries, China in particular, thought they could force us to accept more bad trade deals by targeting our farmers.

We have taken some of the revenue we received in tariffs and we have provided $28 billion in direct support to those farms and commodities that have been unjustly targeted.

We know our farmers want markets, they want to grow and produce things to sell here in America and to the world, and we also know that they want fair and reciprocal trade deals. The farmers have stood with us as we have taken on these unfair trade practices, and we have stood with them.

Biden: Our family farmers and ranchers were already fighting an uphill battle because of Trump’s irresponsible trade policies and consistent siding with oil lobbyists over American growers before COVID-19 placed new pressures on that sector and the rural economies it sustains.

More than 20% of all U.S. crops and agricultural products are exported, supporting hundreds of thousands of jobs and helping to stabilize farm income.

But while President Trump pursued a damaging and erratic trade war without any real strategy, America’s farmers, ranchers and fishers and their communities have paid a heavy price. Farm bankruptcies jumped 20% in 2019.

Biden knows the difference between strong and effective trade enforcement and the self-defeating strategy Donald Trump has pursued. Biden will help farmers compete instead of crushing them.

Trump: President Trump has taken strong actions to deal with the immigration and labor challenges facing our country. The administration understands the labor shortages facing agriculture and the unique challenges our farmers face.

A strong agricultural labor system depends on being able to know who is coming to our country. President Trump began building the border wall shortly after being elected in 2016.

The Trump-Pence administration has also taken steps to streamline the current H-2A program, including ensuring agriculture can continue to get the farmworkers they need during the COVID-19 pandemic. The administration worked to ensure common sense flexibilities were deployed to allow H-2A workers to continue working on our farms and moving to new employers that had need of this critical labor.

A Biden administration is simply interested in giving amnesty to all the people here illegally right now. They will not reform our currently outdated legal immigration system to ensure we have the kind of labor we need to meet the needs of our farmers, ranchers and other employers who need seasonal labor.

Biden: Farmworkers — who are disproportionately Latino and immigrant workers — have always been essential to working on our farms and feeding our country.

As president, Biden will ensure farmworkers are treated with the dignity and respect they deserve, regardless of immigration status. He will work with Congress to provide legal status based on prior agricultural work history, ensure they can earn paid sick time, and require that labor and safety rules, including overtime, humane living conditions, and protection from pesticide and heat exposure, are strictly enforced.

As president, Biden will ensure workers are paid fairly for the long hours they work and get the overtime pay they deserve, and he will ensure that domestic workers and farmworkers receive overtime protections.

Trump: A major focus of the Trump presidency has been to help address the rural-urban divide.

Rural America is home to more than 60 million Americans who represent the best of our nation’s values — hard work, love of country, and embracing freedom — yet oftentimes do not have access to the tools to meet the demands of a growing global economy.

It is for this reason the Trump-Pence administration has made it a goal to provide high-speed internet access for the 18 million Americans who do not have it. The administration has worked to provide more funding through the Federal Communications Commission and USDA’s ReConnect Program to address this key issue.

Bridging the internet divide in rural America will help to provide better education, improved telemedicine, as well as give farmers and ranchers more tools to produce our nation’s food and fiber more profitably. High-speed internet access is the linchpin for the data and technology revolution occurring in agriculture that will benefit farmers and ranchers, the environment and consumers.

Biden: High-speed broadband is essential in the 21st century economy. Yet far too many rural communities still don’t have access to it. Rural Americans are over 10 times more likely than urban residents to lack quality broadband access.

As president, Biden will expand broadband, or wireless broadband via 5G, to every American. He will:

• Invest $20 billion in rural broadband infrastructure, and ensure that the work of installing broadband provides high-paying jobs with benefits.

• Direct the federal government — especially the U.S. National Telecommunications and Information Administration and the USDA — to support cities and towns that want to build municipally owned broadband networks. He will encourage competition among providers to increase speeds and decrease prices in urban, suburban and rural areas.

• Work with the FCC to reform its Lifeline program, increasing the number of participating broadband providers, reducing fraud and abuse, and ultimately offering more low-income Americans the subsidies needed to access high-speed internet.

Trump: Our agriculture and food value chain is the envy of the world, but we faced significant challenges during the COVID-19 outbreak as retail and foodservice delivery mechanisms were upended almost overnight through the rapid closures our country faced in March.

On March 19, the Trump-Pence administration released its list of designated critical infrastructure that exempted the entire food and agriculture production system from any quarantine or stay-at-home requirements. This exemption list became the guide that was used by every governor in every state to determine closures.

On April 17, the administration announced the Coronavirus Food Assistance Program, or CFAP, which committed up to $16 billion in direct payments to farmers and ranchers impacted by market disruptions, and committed an additional $3 billion for the Farmers to Families Food Box Program.

That innovative program acquired perishable fruits and vegetables, dairy and meat products that had been impacted by school, restaurant and other foodservice customers, and distributed those nutritious products to Americans most in need.

The administration has distributed over 50 million of these boxes. The program has accomplished the goals of moving excess product, stabilizing the market and getting food to those most in need.

Biden: Biden will partner with small- and mid-sized farmers to help them collectively create supply chains to deliver fresh produce and other products to schools, hospitals and other major state and federal institutions, including the Defense Department.

This will allow these farmers to negotiate their own prices, and it will help farmers identify markets for specialty crops and secondary products, like ice cream produced by dairy farmers, to bring in additional revenue.

The “Build Back Better” plan also calls for establishing a farmland trust that will support new farmers from underrepresented low-income communities to find, purchase and succeed on farmland. The trust will help connect these farms to marginalized communities locally and in urban or rural areas to develop and maintain a more diverse supply chain that provides entry points for aspiring entrepreneurs in the food production industry.

Trump: President Trump believes that American farmers are the most sustainable in the world, and we should be thanking them rather than thinking of new ways to regulate them.

Any new sustainability or climate requirements must be science-based and not result in tighter profit margins for farmers. This would hurt beginning and small farmers the most.

The No. 1 stewards protecting natural resources are our nation’s farmers and ranchers. The Trump-Pence administration has been a strong supporter of increased funding of voluntary conservation programs in the 2018 Farm Bill that helped farmers protect our precious natural resources, including water quality, while also enhancing soil health.

A Biden administration will be controlled by environmental activists that would be working from day one to implement the Green New Deal, which would have devastating impacts on farmers and ranchers.

The administration launched the Ag Innovation Agenda earlier this year with the goal of telling the story of agriculture’s contribution to the economy and the environment, starting to set the benchmarks for how the sector can be part of solutions, not demonized as the problem.

Biden: Many farmers are some of the best stewards of our land, air and water.

Biden will partner with farmers to help them tap into developing new income streams as they tackle the challenge of sequestering carbon, reducing emissions, and continue their track record as global leaders in agricultural innovation — making American agriculture the first in the world to achieve net-zero emissions and create new sources of income for farmers in the process.

Specifically, the Biden administration will dramatically expand and fortify the pioneering Conservation Stewardship Program, created by former Senate Agriculture Committee Chair Tom Harkin, to support farm income through payments based on farmers’ practices to protect the environment, including carbon sequestration.

In addition to seeking full federal funding for the program, Biden will ensure the program can participate in carbon markets.

Biden believes renewable fuels are vital to the future of rural America, and the climate.

As part of his research and development investment, Biden will invest in developing the next generation of biofuels. Biden with invest in research to develop cellulosic biofuels in a manner that protects our soil and water, and addresses the challenge of climate change while turning grass, crop residues and other biomass into fuel.

Doubling down on these liquid fuels of the future will not only make value-added agriculture a key part of the solution to climate change — reducing emissions in planes, ships and other forms of transportation — but will also create quality jobs across rural America.