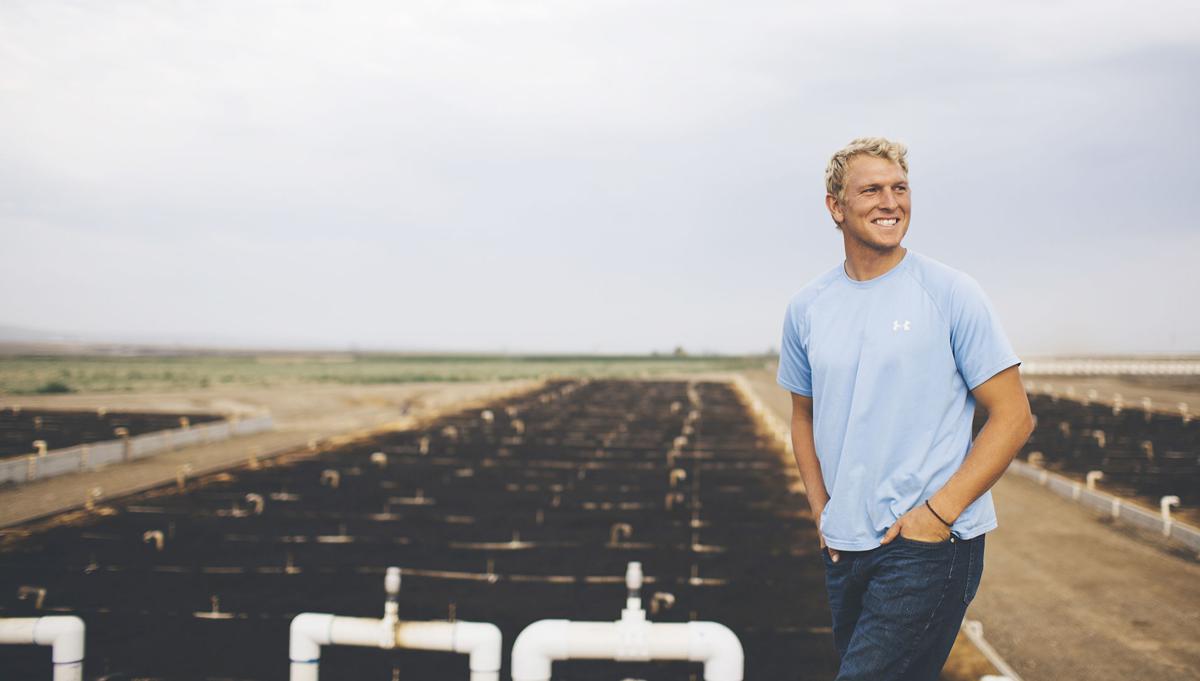 Allred, 30, has become a leading sustainability advocate in the Northwest dairy industry, earning the 2018 Outstanding Dairy Farm Sustainability Award from the Dairy Farmers of Washington for his work with the BioFiltro BIDA System. 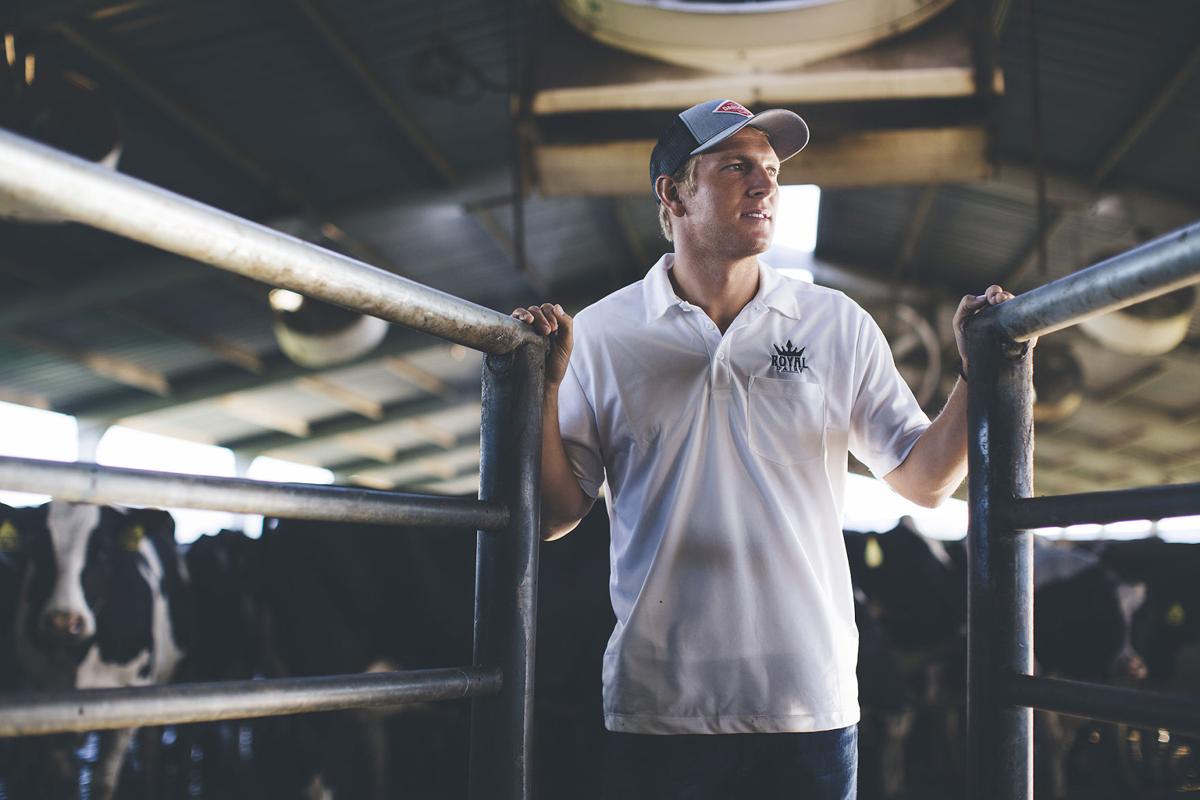 Austin Allred, of Royal City, Wash., owns two Central Washington dairies, managing 9,000 jersey and Holstein cows on a combined 3,500 acres. He also started breeding some of his dairy cows with Angus bulls to develop a line of premium meat products.

Allred, 30, has become a leading sustainability advocate in the Northwest dairy industry, earning the 2018 Outstanding Dairy Farm Sustainability Award from the Dairy Farmers of Washington for his work with the BioFiltro BIDA System.

Austin Allred, of Royal City, Wash., owns two Central Washington dairies, managing 9,000 jersey and Holstein cows on a combined 3,500 acres. He also started breeding some of his dairy cows with Angus bulls to develop a line of premium meat products.

Austin Allred enjoys being a dairyman in every way, but for him, the cows are the highlight.

“Ever since high school, the biggest draw for me has been the animals,” said the owner of two Central Washington dairies.

He started out raising heifers on the family farm in Royal City, Wash., in the 1990s.

“I have always loved working with cows, so for me, this is the perfect job,” he said.

Having grown up in agriculture, Allred knew he wasn’t cut out to drive a tractor 12 hours a day. During college, his passion for animals led him to dairy jobs in Utah, Idaho and Texas, but his heart remained in Washington. He returned home in 2014 to became the general manager of Royal Dairy, and two years later, he purchased the business.

“I always liked the idea of owning my own dairy close to home,” said Allred, who also bought Moxee Dairy, near Yakima, last year. “I still work closely with my dad and my brothers, buying crops from them and sharing farm equipment. Things have worked out really well here.”

The father of three and his wife, Camille, live in Royal City, along State Route 26 between Vantage and Othello. Allred’s dad, Jerry, and two brothers, Derek and Tyson, own nearby apple and potato farms.

Milk continues to be the main revenue source for the business, but in recent years, Allred has been breeding some of his cows and heifers with Angus bulls to produce a premium line of beef products. Some are currently pushing 1,000 pounds and should be ready for market by early summer.

“I could read the trends, and I knew we couldn’t survive long-term if we just produced milk,” Allred said. “A couple years ago, we decided to send some of the calves from our dairy system out to pasture. Now, we’re able to produce prime meat products and, at the same time, diversify the business for the future.”

While meat sales have provided some financial relief, Allred’s primary focus continues to be on the dairy side. Like most 21st century operations, Royal Dairy and Moxee Dairy have turned to technology to help them manage cows, deliver feed and monitor irrigation water supplies.

Allred says what he likes most about his job — aside from working with cows — is that he’s always doing something different.

“Technology has become a big part of what we do, but there’s still a lot of hands-on work to be done every day,” he said. “I feel very grateful that I have such a diverse job.”

Allred isn’t only focused on the success of his own farms, however. Since returning to Royal City, he has become a leading industry advocate for sustainable farming practices.

One project that continues to attract attention is the BioFiltro BIDA System, an energy-efficient filtration process that utilizes worm beds to recycle water. Once the filtered water goes through the worm beds, Allred’s dairies collect the clean water and use it for irrigation. The process also produces organic compost that is sold to other farmers.

“We don’t just produce milk; we also produce valuable manure and recycled water,” said Allred, who received the 2018 Outstanding Dairy Farm Sustainability Award from the Dairy Farmers of Washington. “All of our waste is turned into compost, worm castings or clean water, which helps us, other farmers and the environment.”

Allred believes innovations like the BioFiltro BIDA System will be critical for the long-term health of the dairy industry. But perhaps more important, he says, will be educating a new generation of consumers about the value of family farms.

“The dairy industry is getting better at telling our story and showing people that we are growing food safely, sustainably and efficiently — better than anywhere else in the world,” he said. “We need to keep that positive story moving forward.”