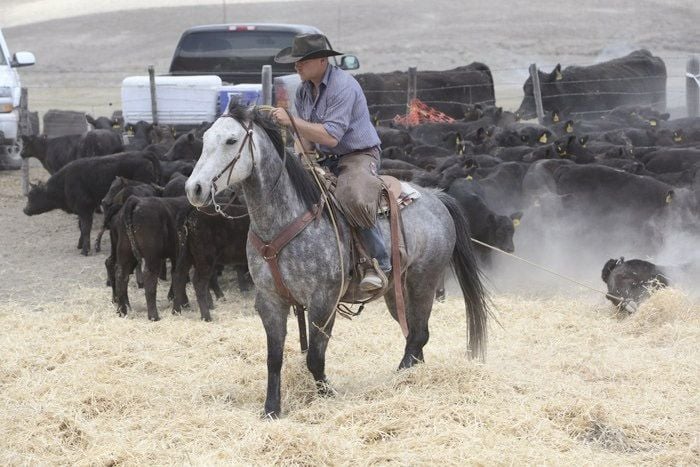 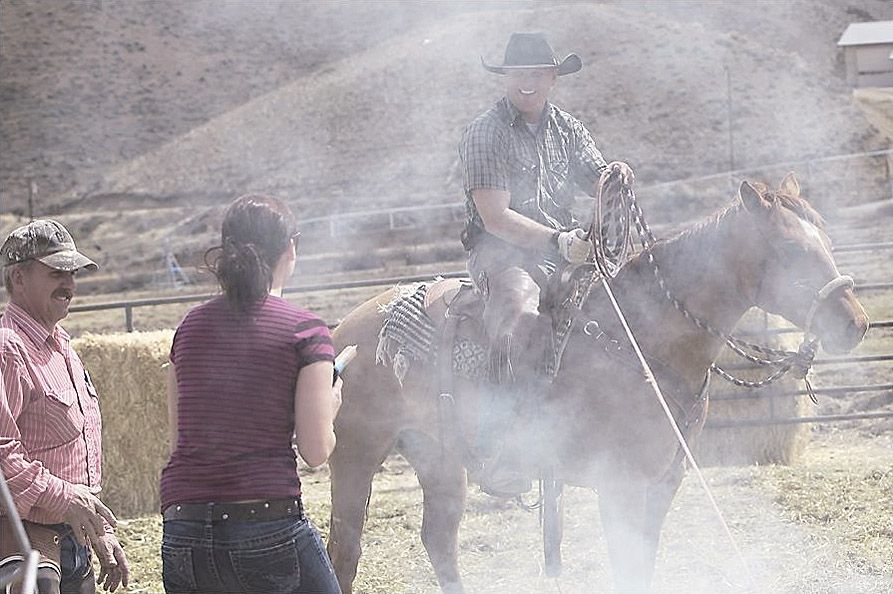 J.T. Heaps, founder of Holy Cow Ranch in Challis, Idaho, rides his horse while tending to ranch duties. Heaps accepts donated livestock and raises them to feed the poor.

J.T. Heaps, founder of Holy Cow Ranch in Challis, Idaho, rides his horse while tending to ranch duties. Heaps accepts donated livestock and raises them to feed the poor.

CHALLIS, Idaho — J.T. Heaps was inspired in church to take a leap of faith, quitting his career as a motorcycle mechanic to learn the ropes of cattle ranching.

The twist on his upstart Holy Cow ranch is that he’s building his herd through donations and intends to give the beef away to the less fortunate in his community.

Lofty as his plans are, the 30-year-old believes he’s about three years ahead of schedule in establishing his unique charity, compared with where he thought he’d be in 2011, when he first heard a Bozeman, Mont., preacher’s inspiring message about doing more to help the poor.

His father, Joe, needed no convincing when J.T. sought his help. Joe, a construction company owner with a ranching background, gave up his business to help make Holy Cow a reality. Throughout the years, Joe has continued his side job of raising bucking bulls for rodeos and futurities.

“For me, I was ready to get back into ranching anyway,” Joe said. “It seemed like almost instantly we knew it was going to work. A lot of it is because we know it’s what God wants us to do. It settles right in with us.”

Wealthy businessman and rancher Christopher James, whose father founded the diversified financial services company Raymond James, gave the Heaps their first big break. Inspired by their vision, James hired them to manage his herd of 800 mother cows at his Shiloh Warm Springs Ranch.

In addition to allowing the Heaps to tend to Holy Cow business on the clock, James has donated the use of Challis ranch land for their charitable herd. He also gave them half of the calves from 250 head of cattle he’d recently acquired. Sales of the calves generated $70,000 in seed money.

The Heaps plan to partner with local churches, who will assist with distribution and identifying needy — and worthy — recipients of Holy Cow beef.

“We’ll be making contributions through them to churches and the like. They plan to have a number of cattle ranches down the road, and I may play a big part of that,” James said.

J.T. plans to also ask recipients to aid in distribution and to volunteer time for Holy Cow, hoping they’ll learn ranching skills that could translate into job opportunities. He believes partnering with churches will also expose recipients to congregational life skills programs and other services.

“Before the start of calving, this is our time to go talk to ranchers and people around Idaho to try to get cattle donated to bring home and put them on this ranch,” J.T. said.