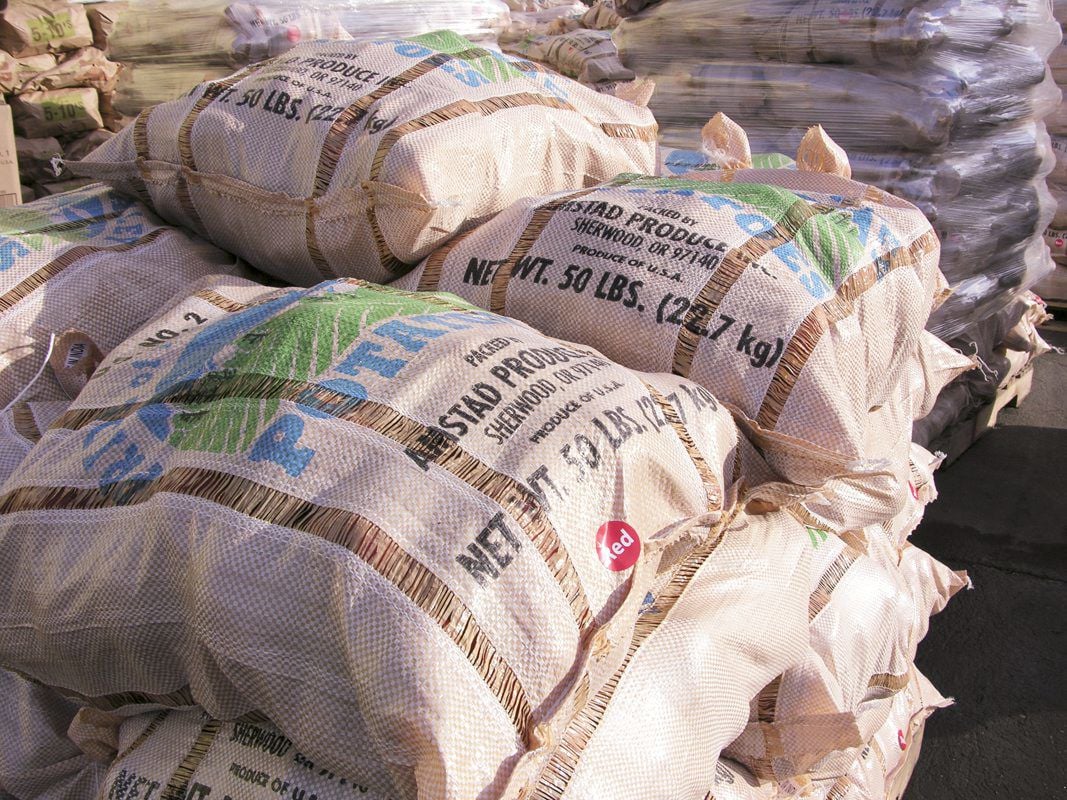 Eric Mortenson/Capital Press Amstad Produce in Sherwood, Ore., is one of the biggest contributers in the Farmers Ending Hunger program, which aids the Oregon Food Bank. 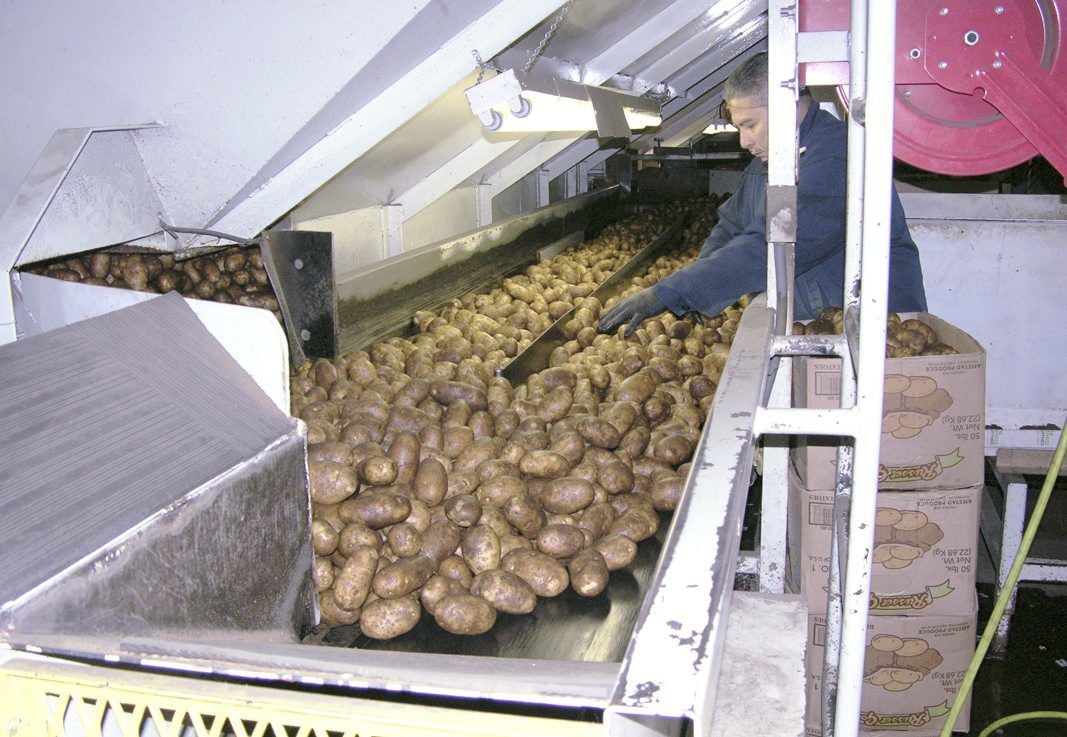 Eric Mortenson/Capital Press Amstad Produce in Sherwood, Ore., is one of the biggest contributers in the Farmers Ending Hunger program, which aids the Oregon Food Bank.

SHERWOOD — Amstad Produce is one of those home-grown Oregon businesses, still run by the founding family, that nonetheless deals in the international marketplace. The company ships potatoes to 13 nations. Jeff Urbach, a partner and manager in the business, just returned from his third trade trip to Vietnam in the past two years.

At home, Amstad potatoes fill the display cases at big grocery chains such as Fred Meyer, Safeway and Winco.

But one of the company’s key customers doesn’t even pay. It’s the Oregon Food Bank, part of a network that provides 1.1 million emergency food boxes per year to struggling families. The Food Bank is the primary beneficiary of Farmers Ending Hunger, a program begun in 2005 by eastern Oregon agricultural innovator Fred Ziari.

Ziari got the idea after attending a conference on hunger and learning Oregon was statistically among the hungriest states in the nation, with 25 percent of the population getting by on one meal a day.

Clusters of farms in Oregon’s Willamette Valley and in the Hermiston area of eastern Oregon now provide about 2 million pounds of vegetables, meat, grain and fruit to the program annually. This year, Stahl Farms of Stanfield, Ore., is donating 1,000 bushels of wheat — 60,000 pounds — that will be made into pancake mix and distributed to families.

Some farmers who contribute to the effort designate production from sections of a field for donation, others offer a specific amount. Outside contributors can sponsor donations through an “adopt an acre” program.

John Burt, executive director of Farmers Ending Hunger, said personal relationships are key to the program’s success. Many farmers know Ziari, the founder, and regard the Oregon Food Bank as a lean, efficient organization that provides direct help to people who need it.

“There’s something basic about feeding hungry people,” Burt said. Farmers who contribute have a “good heart,” he said.

By weight, Amstad Produce is the largest contributor to the program, donating around 600,000 pounds of potatoes per year. Food boxes typically contain five pounds of the company’s spuds.

“It’s just the right thing to do when people are in need,” he said. “This is a way we can help.”

He said food contributions are an extension of farmers’ willingness to lend a hand.

“When you have some neighbors that need help,” he said, “you don’t make them ask twice.”