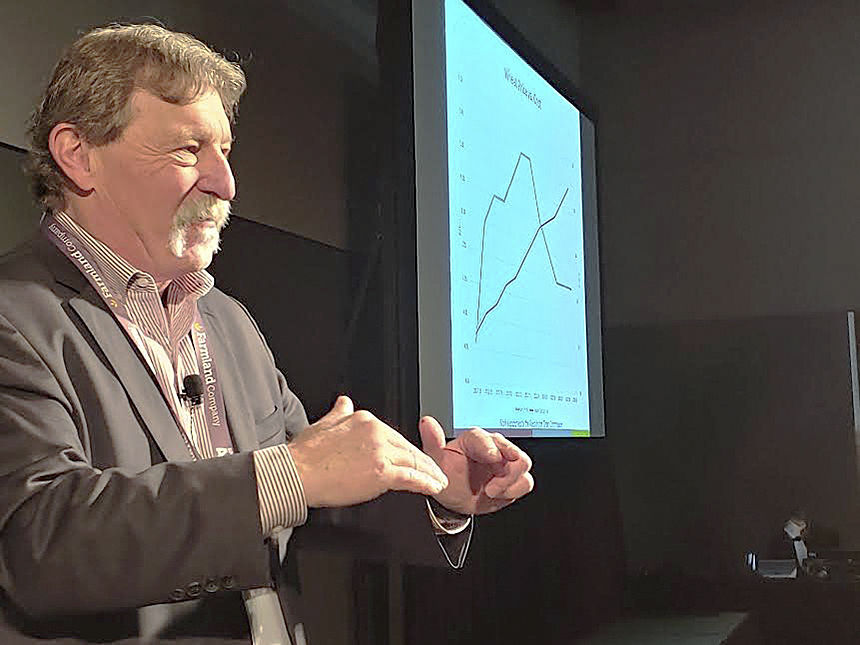 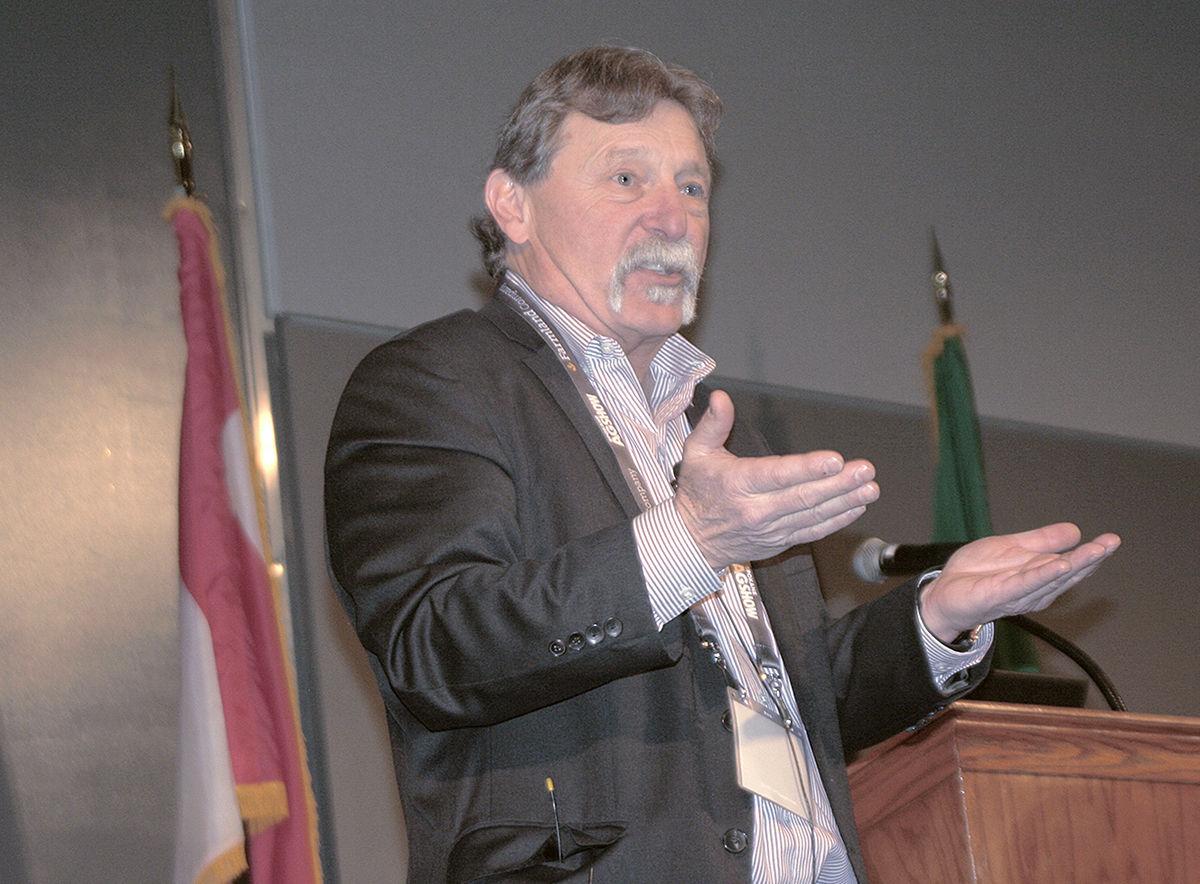 USDA projects a national average wheat price of $4.55 per bushel, and doesn’t forecast much change in the next 10 years.

“The positive part of this is that this is the lowest price,” Fortenbery said. “The really negative part of it is, we never get to $5.50 over the next 10 years. This is a worst-case scenario.”

To arrive at that projection, USDA assumes all global farmers have a great crop, yields continue to improve and acres remain the same, Fortenbery said. That’s not necessarily a likely scenario for the entire decade, he said.

Washington wheat farmers have seen their highest prices in the last four years. That’s not the case elsewhere in the country, Fortenbery said.

“Even though prices here are not attractive, relative to everybody else, we’re actually not doing too bad,” he said.

Given current market conditions, Fortenbery expects a range of 50 cents per bushel higher or lower, driven by global production and consumption.

“We need somebody to have a huge production issue that allows those stocks to drop significantly, and that’s what’s going to raise the price in the U.S.,” Fortenbery said.

U.S. wheat acres have declined, as have all principal crop acres, as farmers convert to alternative or non-traditional crops. Fortenbery pointed to increased hemp acreage in Montana and Oregon. Hemp is not a principal crop.

But the world wheat supply is still large, Fortenbery said.

Of concern is that the U.S. share of the global wheat market is projected to decline, from a high of 15.5% to below 13%.

“The smaller our share of world trade, the less influence we have on world price,” Fortenbery said.

But most commodities still face significant price compression compared to several years ago.

The resolution of several trade disputes has provided some market stability, depending on the market.

“USMCA, for most agricultural products, really isn’t that different from NAFTA — what it did is get us back on the footing we had before,” Fortenbery said.

The first phase of an agreement with China is a “timeout,” Fortenbery said. It doesn’t improve the trade arrangement, but it ends banter about increasing tariffs moving forward.

But China now faces health crises with the coronavirus, which may affect its ability to purchase some of the agricultural items it’s committed to buy under the agreement, including soybeans, wheat and pork.

“If they don’t meet these expectations, do we assume they’re reneging and we go back to the friction we had before?” Fortenbery said. “Or do we assume it’s a humanitarian issue and they will meet these targets eventually?”

U.S. livestock prices will benefit from international problems, such as fires in Australia, but they do not seem to have affected crop prices yet, Fortenbery said.