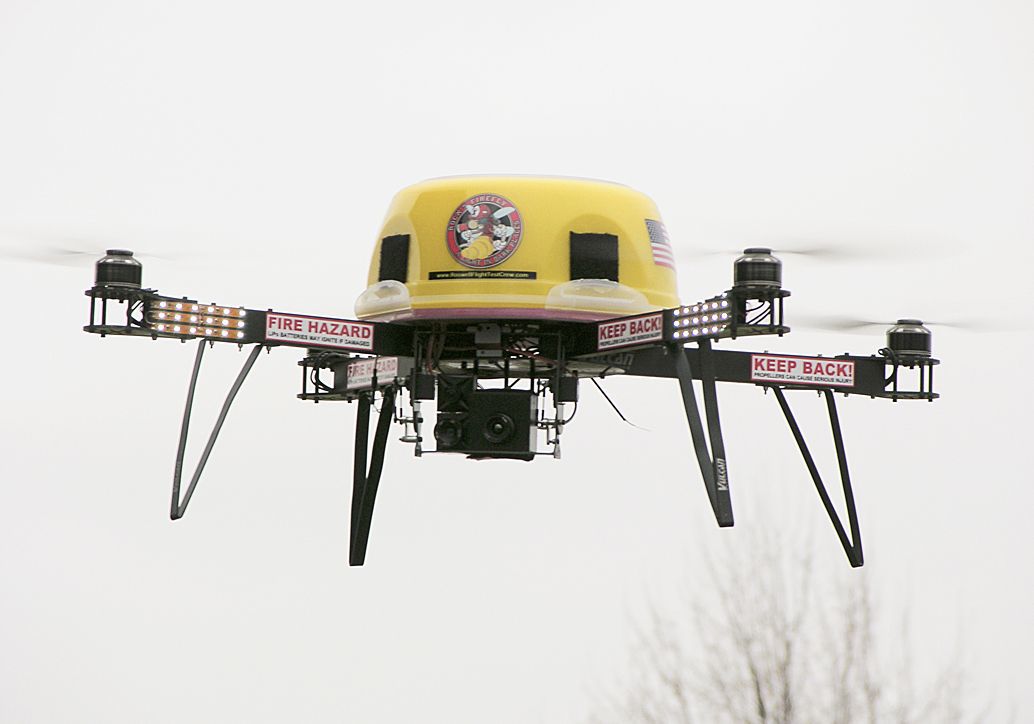 A four-rotor, camera-equipped drone hovers during a demonstration flight at a McMinnville, Ore., forum. 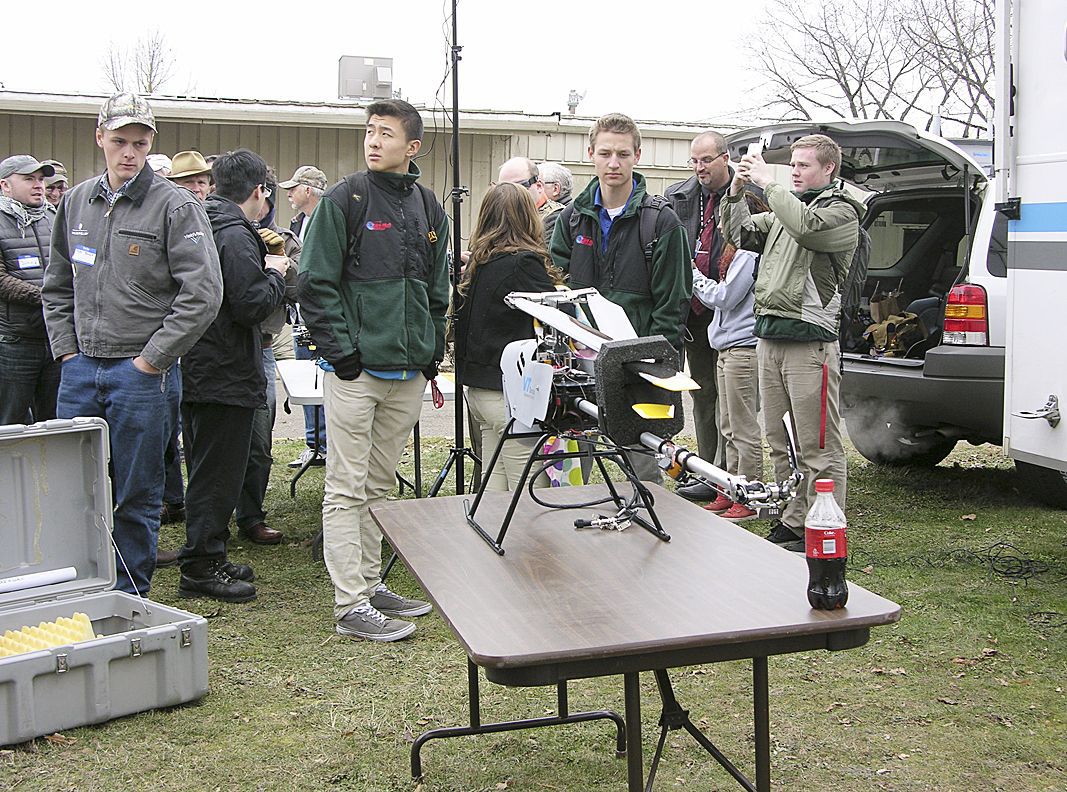 About 100 people, including farmers, students and researchers, attended a McMinnville, Ore., forum on the use of drones in agriculture.

A four-rotor, camera-equipped drone hovers during a demonstration flight at a McMinnville, Ore., forum.

About 100 people, including farmers, students and researchers, attended a McMinnville, Ore., forum on the use of drones in agriculture.

MCMINNVILLE — Young Kim is a former U.S. Air Force pilot and familiar with the “outcome oriented” use of drone aircraft by the military. Get them over a target, conduct the surveillance or fire the missile – that’s how success is gauged.

Putting drone technology to work in agriculture, as he does now as general manager of Bosh Precision Agriculture in Virginia, requires an entrepreneurial mind-set.

“Do not waste growers’ time,” he said at drone technology forum in the heart of Oregon’s wine country this week. “You’ve got to deliver value very, very quickly. Show them how it will increase yield and lower inputs costs.”

Agriculture is in the midst of a significant transformation, he said. The “biggest ag boom since the 1980s” is accompanied by a trend in which the number of farmers is declining but the acreage farmed by each is increasing, Kim said. At the same time, those farmers working large plots of land want the intimate knowledge they used to have of smaller acreage. Drones can provide that, but Kim said people shouldn’t get hung up on the “sexiness” of the technology.

“The real value is the data,” he said. “Focus on the problem of the grower and work backward from there.”

Kim was among a series of experts speaking at a day-long precision agriculture forum held in McMinnville, at the Yamhill County Fairgrounds. The county’s part-time economic developer, Jeff Lorton, believes the area’s renowned vineyards will benefit from the technology and hopes the county can attract drone makers and the legions of engineers and programmers who will follow the industry.

The forum included a brief outdoor demonstration of a small, four-bladed helicopter equipped with a video camera, which zipped about 50 feet in the air and hovered above the crowd. Images captured by the video camera were displayed on screens mounted on a control truck. About 100 people attended the forum, including vineyard owners, researchers and students.

A student team under his direction built it as a project in 2012. The team wanted to find out if the “Mock Hawk” would scare damaging robins, starlings and cedar waxwings from vineyards, but the birds didn’t show in numbers enough to make the tests conclusive, Parmigiani said. The university is eager to test the drone again, he said.

“You can tell this thing what to do and it will go out and do it,” he said. “This really looks promising, the technology is there.”

Researchers with the University of California-Davis have test-sprayed vineyards and nut orchards with a 200-pound, unmanned helicopter made by Yamaha Motor Co. About 2,000 of the devices are in use in Japan, said Ken Giles, a UC-Davis agricultural engineering professor. Regulations have limited the researchers to spraying only water so far, not actual pesticides, but application coverage, speed and cost considerations appear favorable, Giles said. The ability to spot spray crops could be a significant advantage, he said.

“You want to talk about a couple things people get jumpy about, it’s pesticides and drones,” Giles said.

Eric Folkestad, president of the Cascade chapter of the Association for Unmanned Vehicle Systems International said groups such as the American Civil Liberties Union are worried police agencies will use drones to peek into people’s backyards without a search warrant. Agriculture has no such interest, he said.

“We don’t use these systems to spy on people,” he said. “We’re the good guy drones.”

In farming, the technology can mitigate risks, Folkestad said. He predicted drone use will become like other specialized crop services offered by companies or co-ops, rather than taken up by individual farmers.

Ryan Jenson, chief executive of the Portland-based HoneyComb Corp., said his company will begin selling its fixed-wing Ag Drone in January 2014. The drone, “ready to go out of the box,” costs $14,995, can be launched by hand and comes in a case that can be thrown into the back of pickup for transport to fields. “It’s a flying robot,” he said.

The drone’s cameras, including infrared sensors, will provide early detection of disease or pest outbreaks, irrigation problems, plant stress or other issues, Jenson said. His company will process the data at a per acre charge to be determined later, with the first month free.

A key point in the forum discussion came when an audience member asked Jenson if his “drone in a suitcase” is legal for farmers or service companies to fly. The short answer is “not yet,” but the Federal Aviation Administration is working to establish drone guidelines by 2015. For now, unmanned aerial systems may be flown for pleasure or in conjunction with university research, but advocates are optimistic the FAA will recognize the value of agricultural applications.

When the FAA integrates commercial drone use into the national airspace, backers expect an industrial boom. The Association for Unmanned Vehicle Systems International projects the idustry will produce an $82 billion economic impact and create more than 100,000 jobs by 2025.

Agriculture is likely to be an early adapter of the technology, speakers at the McMinnville forum said.

Michael Wing, an OSU forestry professor who will test drones over three Yamhill County vineyards in the coming year, said the industry is just getting started.

“It’s a revolution in the application of remote sensing, and it’s happening right in front of us,” he said.