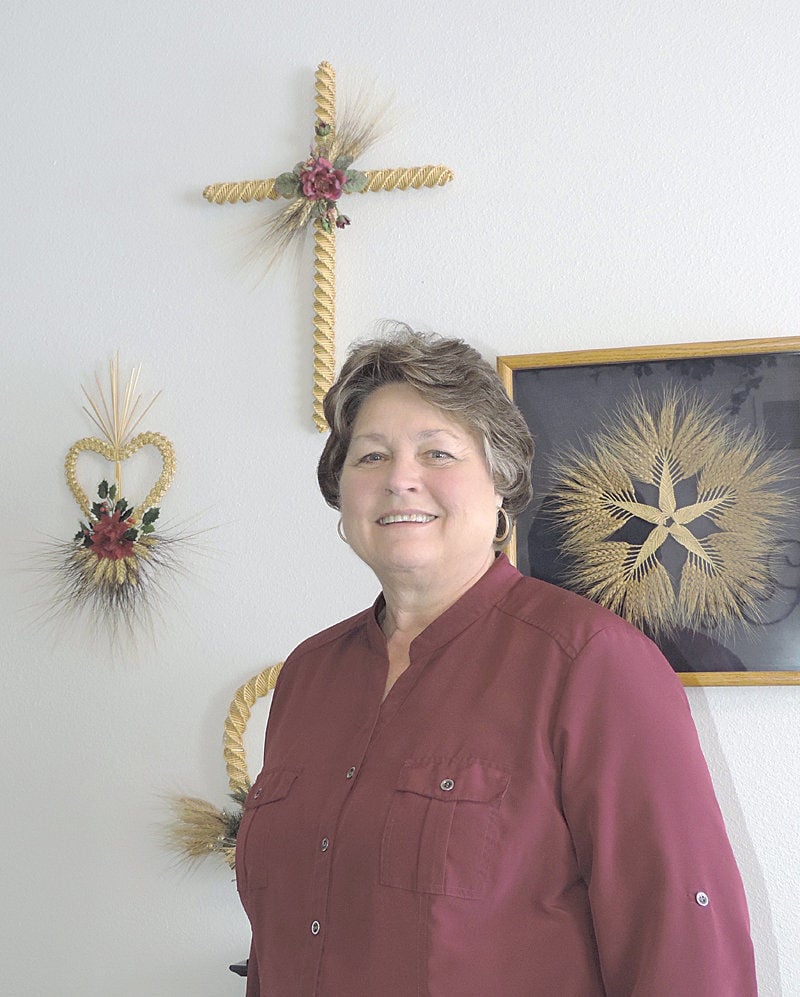 Toni Zweigart has woven wheat straw into stars and crosses. 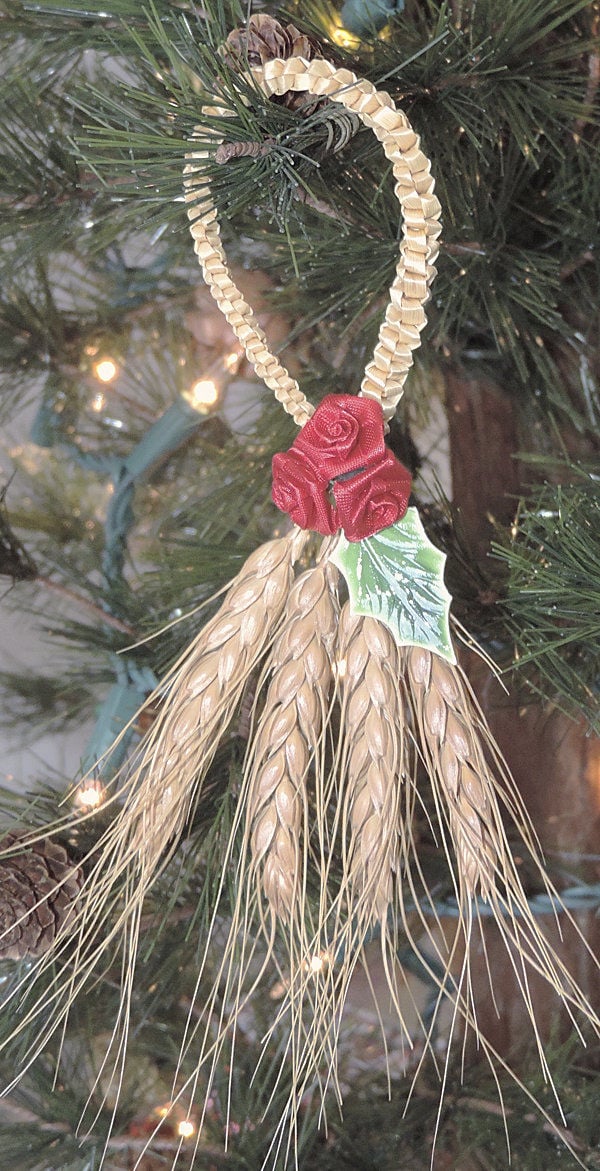 Toni Zweigart has woven wheat straw into stars and crosses.

The Pocatello resident’s artwork, woven from wheat straw, has been given as gifts during Idaho trade trips worldwide.

“I feel honored that my pieces are hanging in offices in China, South Korea, Taiwan, and Mexico,” says Zweigart, 65, who learned the ancient folk art in 1986.

“It’s fascinating to think of how something as brittle as a piece of straw can be transformed into something beautiful,” she says of the craft that was developed in agrarian societies to symbolize goodness and to ensure prosperous harvests.

After her pieces won awards at art shows sponsored by the Idaho Grain Producers Association, state officials asked her to make five-pointed stars and other decorations for gifts.

“They told me to not place the pieces of straw in groupings of 4, 13, or 14 because those numbers are considered unlucky in some Asian countries, so I put the grain heads in groups of 15.”

Her woven artwork was framed and placed under glass for protection.

She kept a star for herself and placed it on her living room wall beside a cross, heart and a wreath. Her woven wheat ornaments adorn a small Christmas tree set up for her grandchildren.

Zweigart’s interest in wheat weaving was kindled after she saw a wreath at a craft store. She bought the wreath and learned the local person who had made it also taught classes.

“I signed up and still remember our first lesson of making a simple two-plait weave. It was discouraging because I couldn’t get both straws even and tight. I thought I’d never learn, but my persistence eventually paid off.”

She became proficient with a variety of techniques including spiral weaves and flat weaves done on a tabletop. She also learned the techniques of marquetry, in which the straw is cut, ironed, and inlaid in patterns.

To start a project, she sorts pieces of straw to find ones with a uniform diameter and grain-head size.

“To make a five-pointed star, I need 75 straws. It takes about three or four hours to sort out the right ones, which is about the same amount of time it takes to make the star.”

Once she has selected the pieces, she soaks them in hot water for 45 minutes to an hour to make them soft and pliable.

She has also used strands of barley.

“A woman from Grace asked me to make something from the barley they raised,” she says. “I made a heart using a push-pull plait technique called marquetry.”

Zweigart accepts commissions and also will teach a few people, depending on how much spare time she has after working at America’s Best Contacts and Eyeglasses.

Examples of wheat weaving techniques are shown at the National Association of Wheat Weavers’ website, www.nawwstraw.org.

Greater Idaho idea gets a vote in Oregon county

Batten down the hatches for a cold, snowy winter