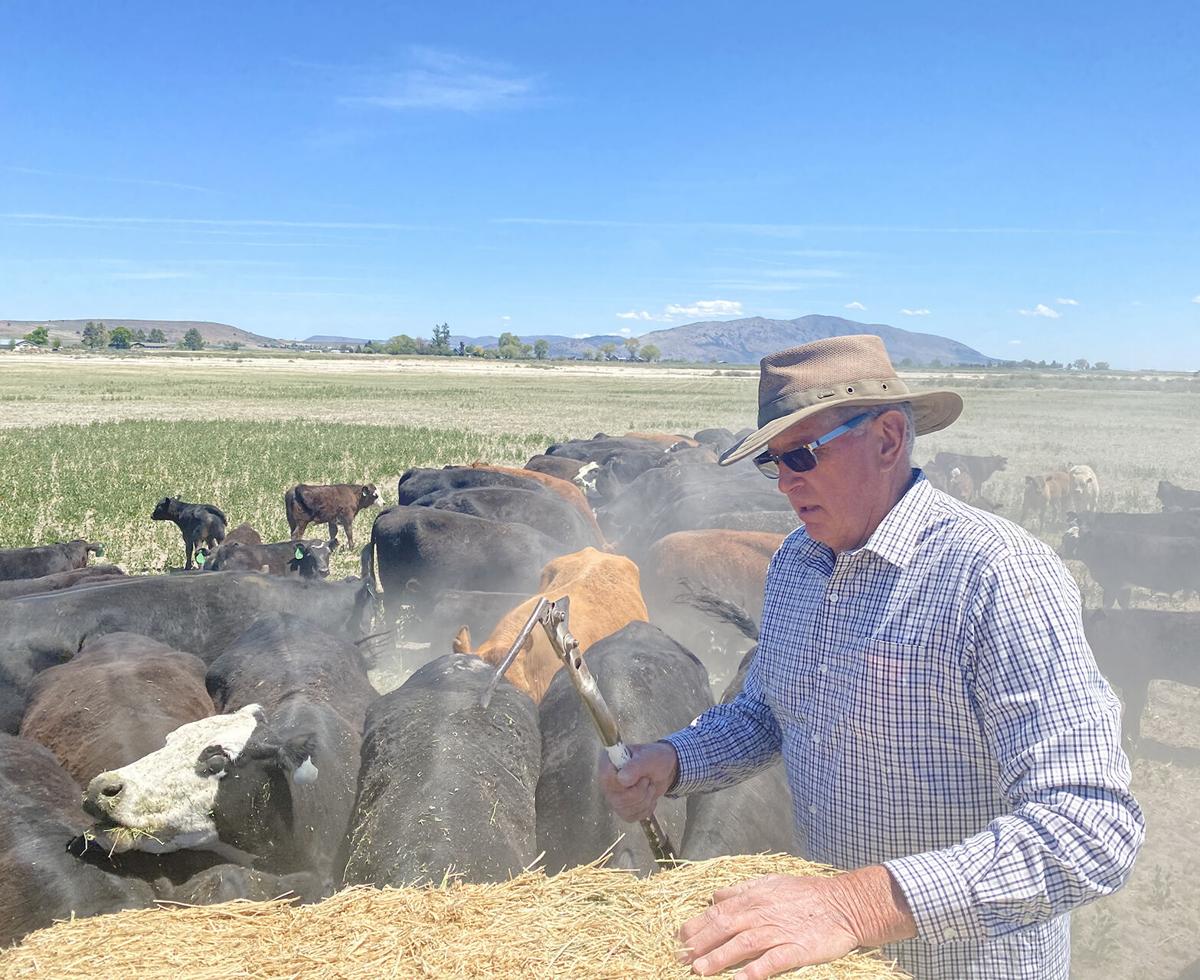 Midland cattle rancher and Klamath Drainage District board member Luther Horsley is preparing for a devastating summer in the Klamath Basin. 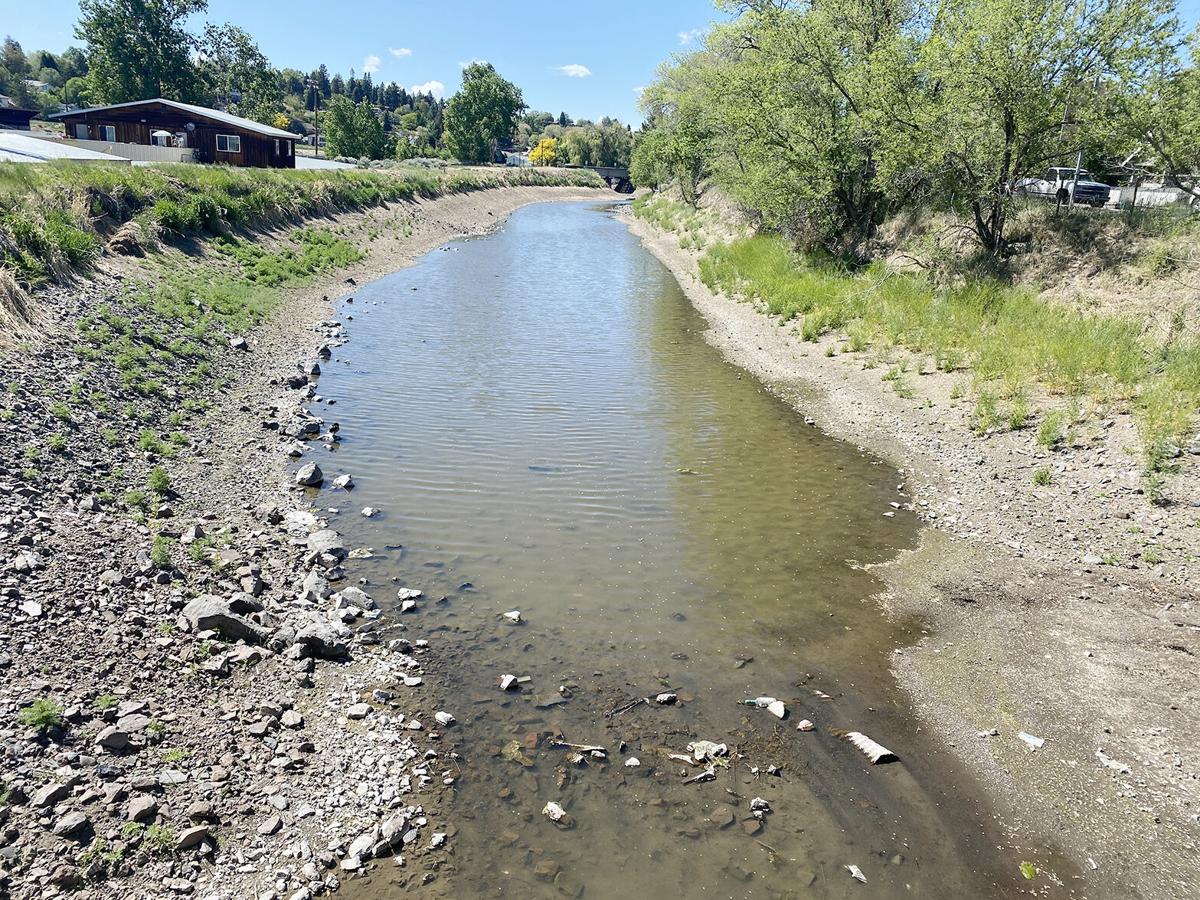 The canal carrying irrigation water to the Klamath Project is at a standstill after the U.S. Bureau of Reclamation cut off water. 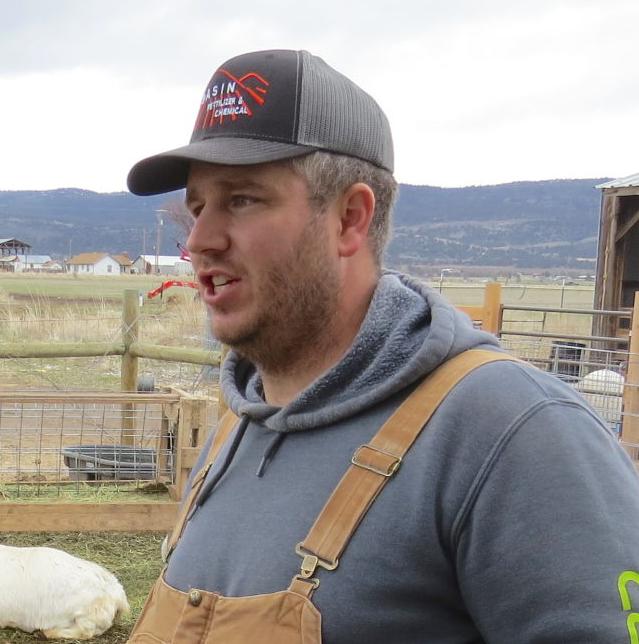 Paul Crawford looks over his farm near Malin, Ore., in the Klamath Basin in this file photo. 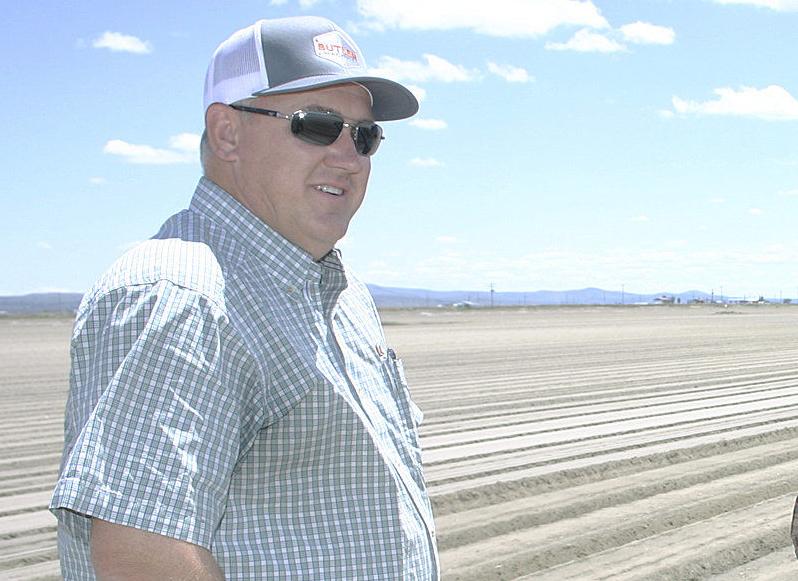 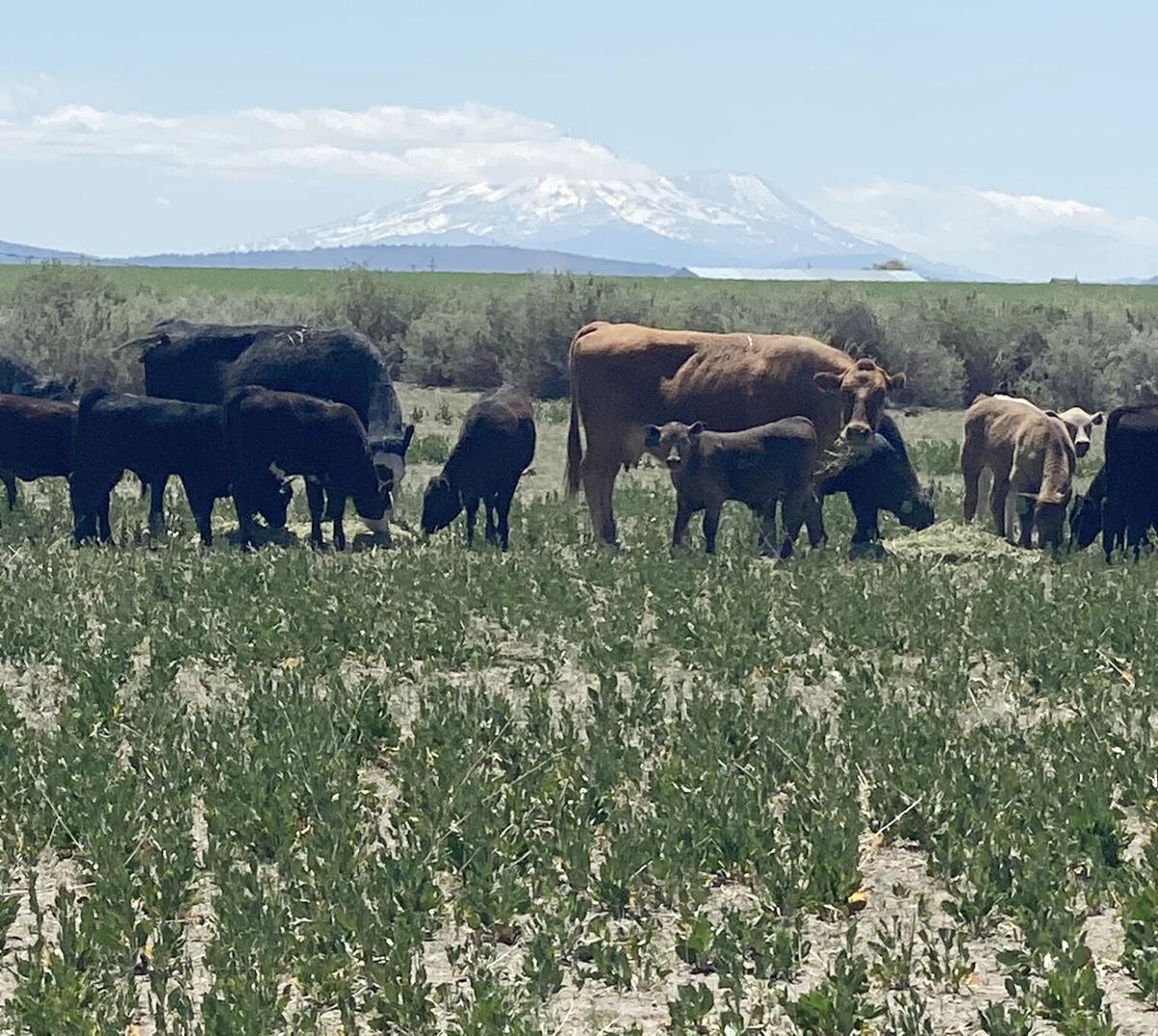 Luther Horsley plans to have to sell more than half is cows in the next couple months, if not sooner, because he doesn't have enough hay to feed them during the worst drought year in recent memory. 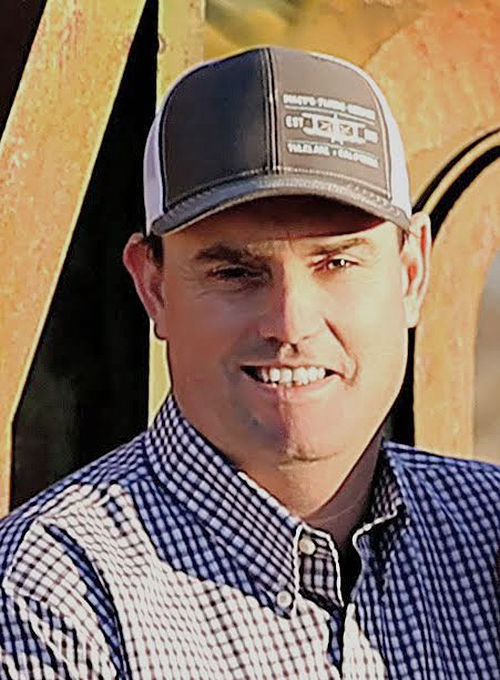 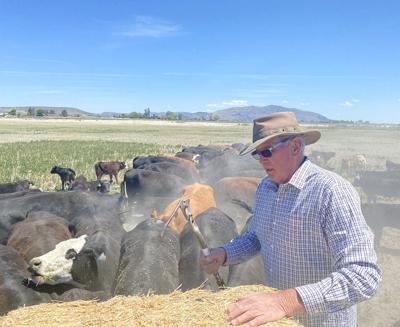 KLAMATH FALLS, Ore. — What was already forecasted to be a historically bleak water year in the Klamath Project has quickly become a living nightmare for farms and ranches fighting for survival in the drought-stricken basin.

The U.S. Bureau of Reclamation shut down the Project’s A Canal for the entire irrigation season May 12 in response to worsening conditions — allotting zero surface water from Upper Klamath Lake for thirsty crops and livestock.

It is the first time in more than a century the A Canal will deliver no water. Meanwhile, irrigators are left to wonder how they will pay the bills as fields turn to dust.

“We know what a zero allocation is going to mean to our individual farms and the community as a whole,” said Ben DuVal, who grows alfalfa hay and raises registered Black Angus cattle near Tulelake, Calif. “It’s going to mean a lot of farms go out of business.”

DuVal, who is also president of the Klamath Water Users Association, said he has already had that difficult conversation around his own kitchen table.

“I don’t think there are any of us who are insulated from this,” he said. “Everybody is going to feel the effects, even businesses on Main Street.”

A Canal shut down

The Klamath Project encompasses roughly 315 square miles of farmland straddling Southern Oregon and Northern California. The market value of agricultural products sold in Klamath, Modoc and Siskiyou counties totaled nearly a half-billion dollars in 2017, according to the latest USDA Census of Agriculture.

Under the Endangered Species Act, the Bureau of Reclamation is required to operate the Project so that it will not threaten the survival of endangered fish, including suckers in Upper Klamath Lake and coho salmon in the lower Klamath River.

Lost River and shortnose suckers are central to the culture and identity of the Klamath Tribes, while salmon are revered by tribes and anglers alike downstream.

With the region suffering through extreme drought, Reclamation says there is not anywhere near enough water to satisfy its ESA obligations. The agency initially allocated 33,000 acre-feet of water to the Project in April, less than 8% of normal demand.

By May, the situation had only grown more dire. Reclamation took the dramatic step of nixing water for the A Canal, leaving the majority of the Project high and dry.

Paul Simmons, executive director of the KWUA, which represents 1,200 family farms and ranches in the basin, said 2021 will be an “extraordinarily awful” year for local agriculture.

Looking ahead into the summer, Simmons said he expects domestic wells will dry up due to a lack of recharge in the A Canal system. Dust storms will be an issue from blowing topsoil in barren fields, and farms will be lost — some of which normally employ 100-200 people seasonally.

“Many of those jobs are going to be nonexistent or lost,” Simmons said. “The businesses that provide agriculture with tractors and seed have lost revenue. All of those people do business with retail business in all these little towns, so it just echoes all the way through.”

Luther and Candy Horsley inherited their cattle operation in Midland, Ore., from Luther’s dad. They have been through their fair share of bad droughts and worst-case water scenarios, including 2001 when water was shut off, but nothing like this year.

The herd has been downsized over the years. This year, they are down to 57 cows and will have to sell more than half of them because of the drought conditions.

Having to sell off many of their cows is both an economic and emotional loss for the couple. Farming runs in Luther’s blood.

“In 2001, we sold them incrementally and we’ll do that again this year,” he said. “A cow’s not a complex being. I mean, she wants to eat, drink and raise her baby. If we can’t provide that for her, you’ve got to let somebody else do it.”

Luther said it’s a buyer’s market in the cattle industry, because so many herds are being liquidated. He anticipates having to sell in the next couple of months.

In order to have a more positive future for farming in the Klamath Basin, Luther said growers need certainty when it comes to irrigation water. Stakeholders had signed the Klamath Basin Restoration Agreement in 2010 to settle water rights and usage, though Congress failed to pass legislation enacting the agreement by the Jan. 1, 2016 deadline.

“What the community needs is some kind of balance,” Luther said. “Lawsuits are flying ... We need to get out of that and try and find some solution, because I don’t think you really win in courts too much.”

Paul Crawford, who grows alfalfa, orchard grass and small grains near Malin, Ore., said he is farming just 40% of his normal acreage this year, focusing on ground that he can irrigate with wells. The rest, which was already planted in hay and winter wheat, will be left dry.

“I’m going to feel pretty accomplished if I’m still in business in 2022,” Crawford said. “As a small family farm, we have fairly tight margins to begin with ... Now I’m going to produce 40% of what I’ve already invested in.”

Crawford said he typically spends up to 80% of his annual expenses before cutting his first hay crop in June, months before he will see any return on investment.

“We’ll know at the end of the season, depending on the yields and price, but we’re definitely not going to be able to cover all the bills,” he said.

Scott Seus, of Seus Family Farms in Tulelake, said he is working with his neighbors to stretch every drop of groundwater they can.

PVC pipe is in short supply around the basin as farmers buy up what they can to deliver water from wells to fields with higher-value crops like garlic, mint and onions.

Onion planting is now underway, with fewer acres available to farm, Seus said. Processors buy onions in the Klamath Basin which they dehydrate to use in things such as soup mixes, ketchup and salad dressing. Farmers risk losing those contracts if they can’t deliver.

“I think everybody is just trying to find their way through this the best they can,” Seus said. “This is an extreme situation. We’re making tough decisions where we need to make them.”

Scott White, KDD manager, said the district is diverting 42 cubic feet of water per second — 8% of its permitted rate — into the North Canal, south of Klamath Falls.

The diversions, which began in April, drew a sharp rebuke from the Bureau of Reclamation, which ordered the district to immediately stop or be exempt from federal emergency drought funding. White has asserted the district is doing nothing wrong.

“Whenever Project water is curtailed, we exercise this permit,” he said. “This is no different than any other drought year.”

In its announcement shutting down the A Canal, the bureau cited both drought and “unauthorized diversions at private facilities along the Klamath River and Upper Klamath Lake,” though it did not call out KDD by name. A spokeswoman for the agency did not return messages for comment.

“We can only assume that they acknowledge our rights as being legal,” White said. “We have certainly asserted that our (diversions) are not illegal.”

“I don’t think there’s any resentment in the community for them trying to survive,” he said.

The bigger fear, DuVal said, is outsider and extremist groups coming into the community and using the Klamath Project’s crisis as a soapbox for their own agenda.

“We don’t need that,” he said. “It’s the people in this community who live and farm here whose voices need to be heard.”