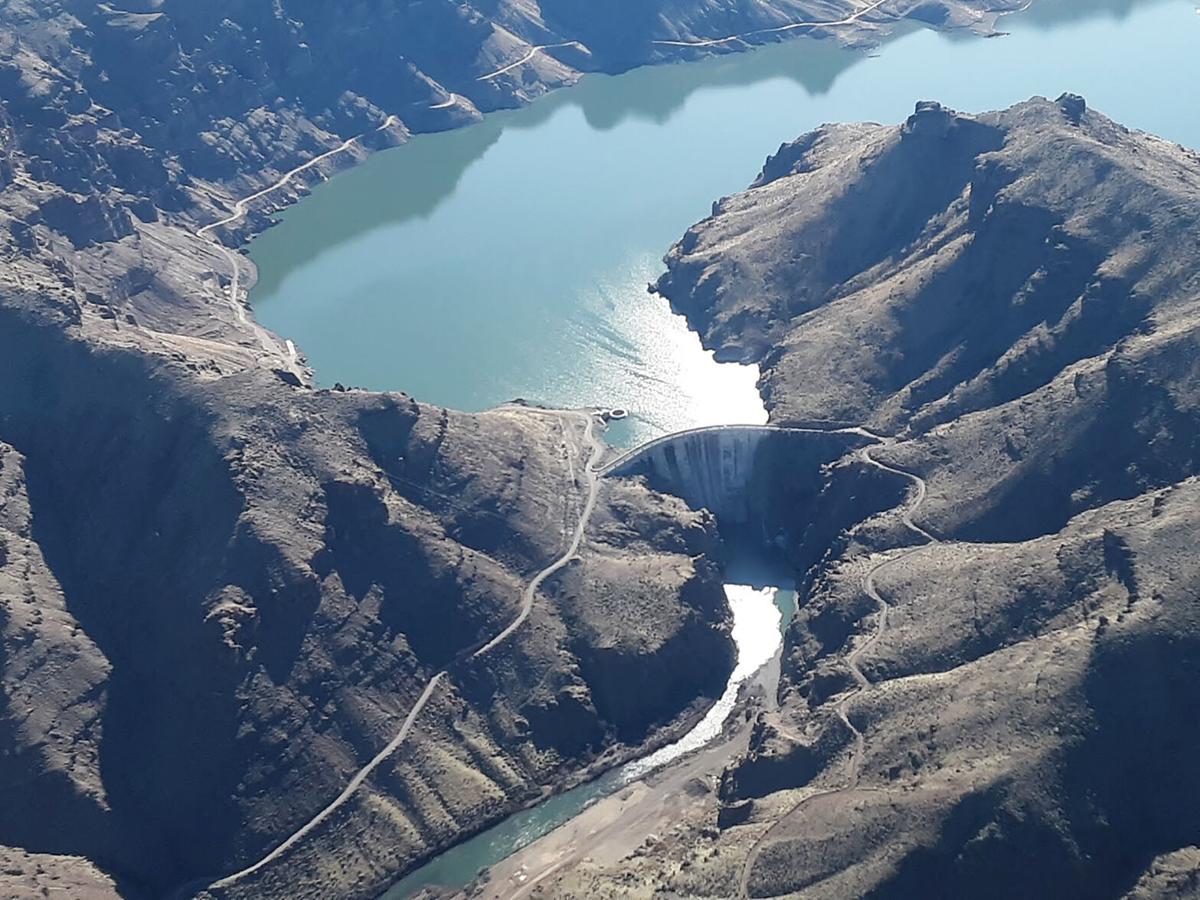 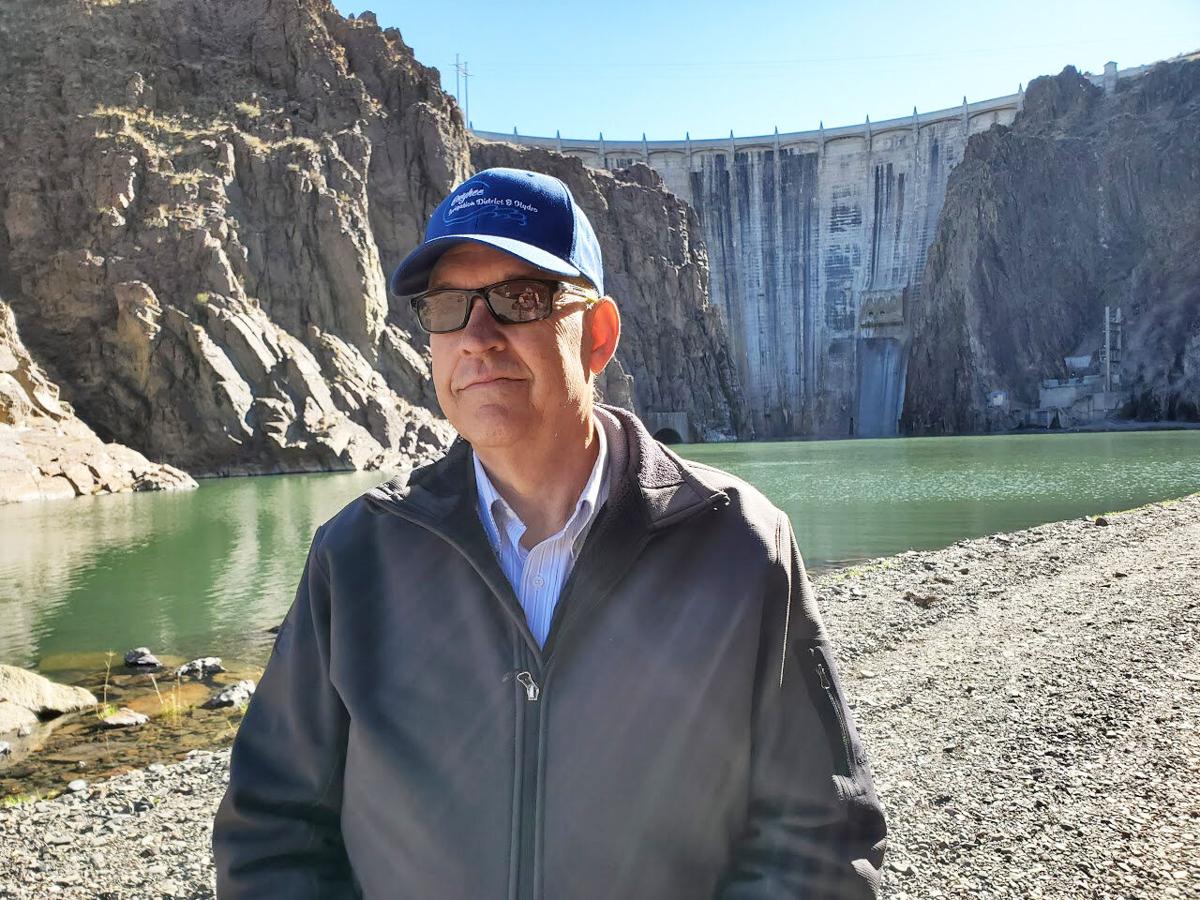 Jay Chamberlin, director of the Owyhee Irrigation District in southeast Oregon, said the district's board of directors approved a reduced water allocation for growers in 2021.

Jay Chamberlin, director of the Owyhee Irrigation District in southeast Oregon, said the district's board of directors approved a reduced water allocation for growers in 2021.

The 2021 irrigation season is shaping up to be a tale of two Oregons.

River basins in the northern part of the state are in comparatively good shape, with snowpack at or above normal from Mount Hood to the Wallowa Mountains, according to the latest outlook from the USDA Natural Resources Conservation Service.

Southern Oregon, however, is another story.

Exceptionally dry weather has pushed the region deeper into drought, threatening water supplies for both farms and fish. Local irrigation districts, facing all-but-certain shortages, are doing what they can to stretch what little water they have stored in lakes and reservoirs.

“It is looking to be a pretty dire year, particularly in Southern and Central Oregon,” said April Snell, executive director of the Oregon Water Resources Congress. “It doesn’t look like we’re getting much moisture in those areas where we need it.”

Scott Oviatt, snow survey supervisor for the NRCS in Portland, said March was particularly dry. Total precipitation statewide fell from 99% to 90% of average for the water year dating back to Oct. 1.

“The month itself was below normal and below average in all cases, just due to the lack of storm impacts,” Oviatt said.

Though snowpack across the state has held steady at 111% of average, measurements show a clear disparity from north to south.

On the north side, the Hood, Sandy and Lower Deschutes basins have 135% of their average snow-water equivalent — the amount of water that is contained in snow. The Umatilla, Walla Walla and Willow basins are also well above normal at 132%, and the Grande Ronde, Burnt, Powder and Imnaha basins are at 120%.

The Willamette Basin, home to the majority of Oregon’s high-value and specialty crops, is also faring well at 121% of the average snowpack.

Meanwhile, the Rogue and Umpqua basins in southwest Oregon are at 85% snowpack, the Klamath Basin is at 77%, the Owyhee Basin is at 78% and the Lake County and Goose Lake basins are at 67%.

Oregon’s snowpack typically peaks around mid-March, Oviatt said. That means time is running out to make up any significant ground.

“We’re past that now,” Oviatt said. “Those opportunities have gone by the wayside.”

Many reservoirs in Southern Oregon are sitting well below 50% full. Streamflows are also below 50% in some areas, ahead of the hot summer months.

Irrigators in the Klamath Project, which serves approximately 230,000 acres of farmland in Southern Oregon and Northern California, anticipate their water allocation will be 130,000 acre-feet, less than one-third of historical demand.

Inflows into Upper Klamath Lake, which feeds the Klamath Project, were just 74% of normal since Oct. 1, making it the worst year on record since 1981.

Jim Pendleton, manager of the Talent Irrigation District in the Rogue Basin, said they are facing a similarly critical situation.

“Just running the numbers, we may not even start the system until the first of June,” Pendleton said. “Even at that, I think we’ll be lucky to make it to mid-August.”

Owyhee Reservoir is currently 60% full, and Chamberlin said they will likely draw the reservoir down significantly in 2021.

“We’re going to empty the tank,” he said. “That really sets us up for a bad situation next year. We won’t carry over any storage if we pull it all down to cover this year’s demand.”

The district started releasing water on April 6, which is several days early. Chamberlin said growers needed moisture on the ground to allow their onion and sugar beet crops to break through the dry, crusty soil surface.

In addition, Chamberlin said the district will immediately begin pumping supplemental water from the Dunaway Pumping Station along the Snake River.

“We’re in a drought,” he said. “It’s going to require us to do some extra type of measures to make sure we can stretch that (allotment) out.”

{p class=”p1”}The National Oceanic and Atmospheric Administration’s Climate Prediction Center is calling for an increased chance of lower temperatures across much of Oregon over the next month, and an equal chance of increased or decreased precipitation.

{p class=”p1”}Pendleton said he is holding out hope for a wet spring.

{p class=”p1”}”We need something,” he said. “Divine intervention, or whatever it takes.”