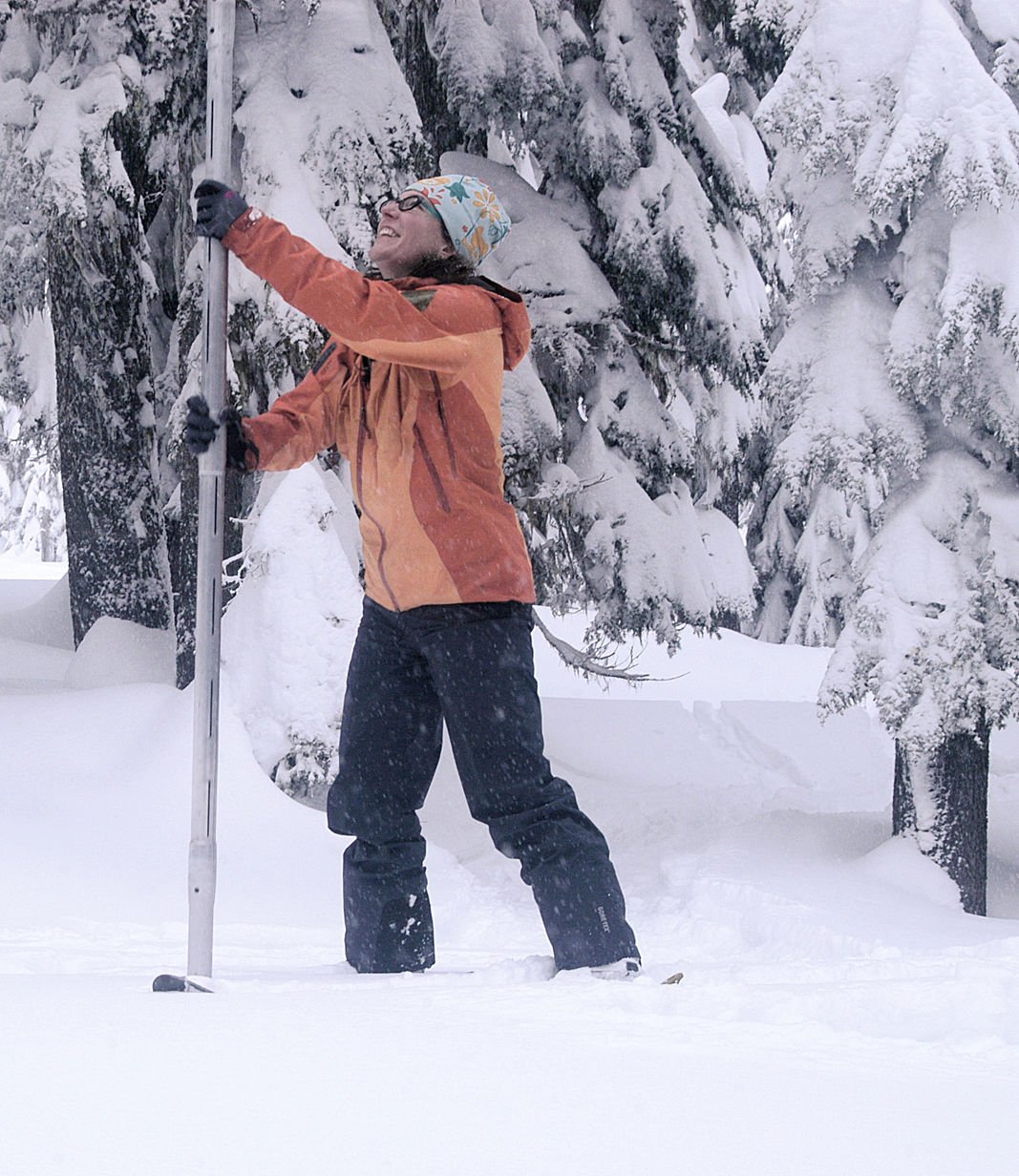 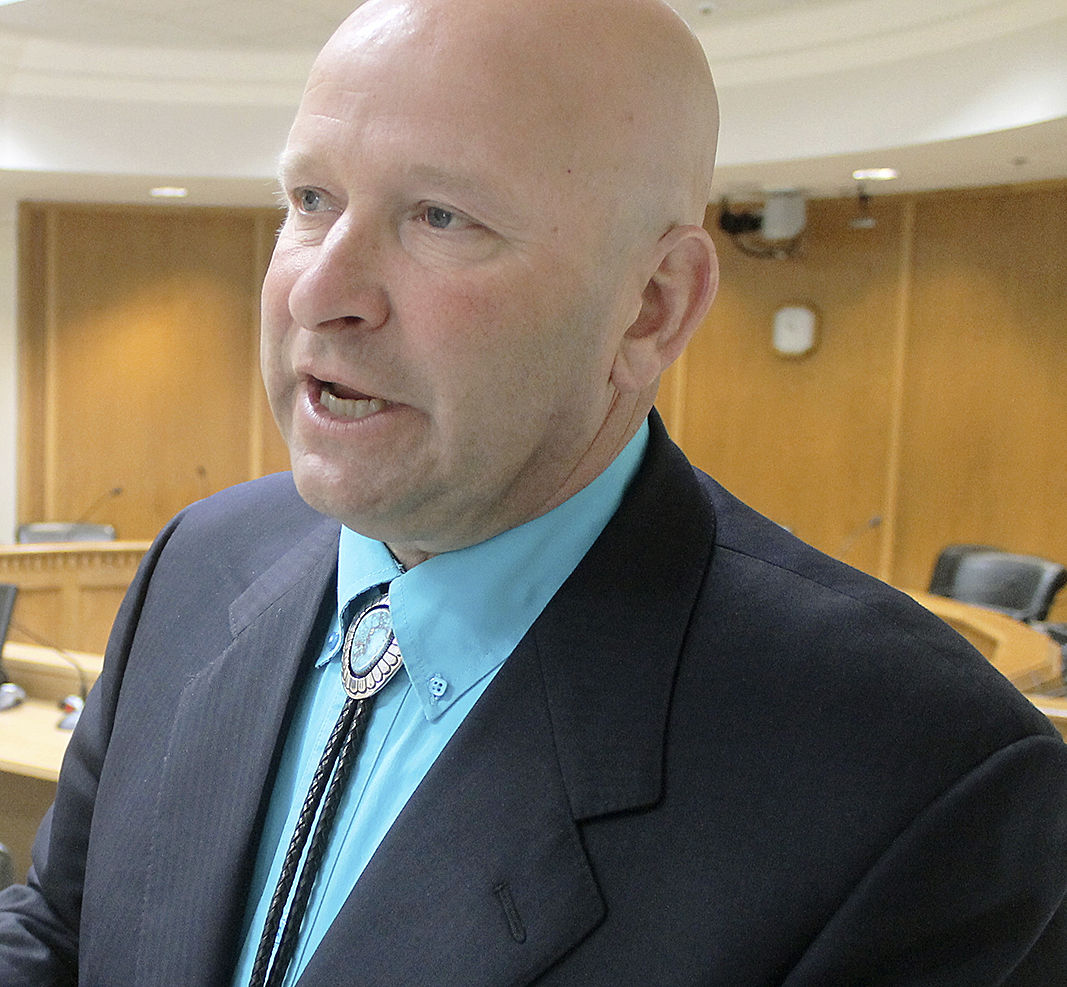 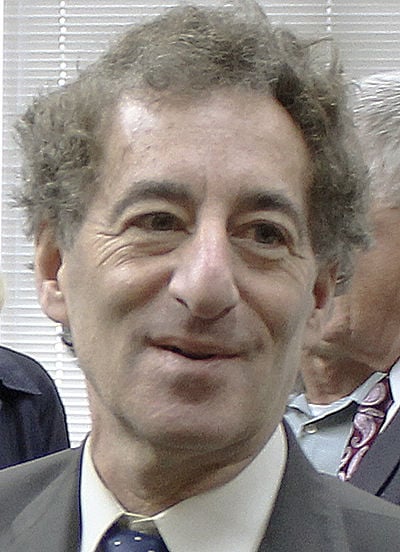 University of Washington atmospheric sciences professor Cliff Mass scoffs at claims that the snowpack in Washington is “dramatically” shrinking, but he warns a diminished snowpack will be “obvious” by mid-century. 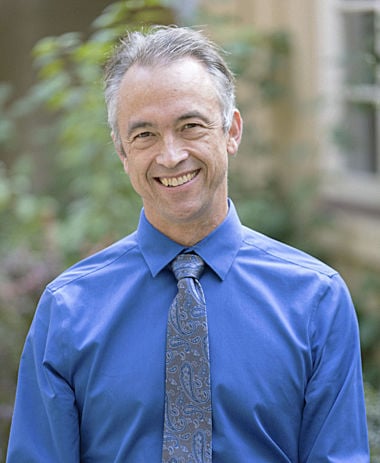 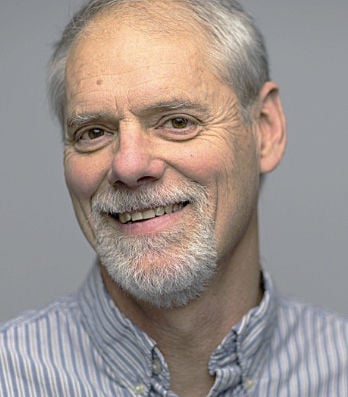 Ellensburg, Wash., elevation 1,542 feet, in a snow-covered Kittitas Valley with an orchard in foreground and Mount Stuart in background on Feb. 2, 2017.

The snowpack that irrigates Northwest crops has been measured extensively, studied deeply and politicized thoroughly.

Yet, it won’t easily reveal its past or the outlook for its future.

Politicians and scientists both say the 2015 “snowpack drought,” when much of the high-altitude precipitation fell as rain, foreshadows the future.

But, they say, not the immediate future. For the following three years, Washington’s snowpack was above normal. Overall, the average statewide snowpack on April 1 has been above normal during 7 of the past 10 years.

Even the 2015 snowpack drought itself wasn’t indicative of climate change, according to climatologists. An unusually warm Pacific Ocean, unrelated to global warming, caused the ample winter precipitation to fall as rain instead of snow that winter, they said.

So what is happening to the Northwest’s snowpack? Is the region on the verge of warmer winters, more rain and less snow? And if so, what can been done to preserve the precipitation that falls?

The answers to these questions and others will impact the farmers who depend on mountain runoff for up to 80% of their irrigation water.

The terms “depleting snowpack” and “reduced snowpack” appear in legislation. Lawmakers cite it as proof of global warming and a reason to urgently rework the economy.

But some scientists say the evidence is exaggerated — by their peers as well as politicians — and that the hype promotes the myth of a vanishing snowpack and interferes with a more reasonable discussion about what to do.

Natural Resources Conservation Service water supply specialist Scott Pattee in Mount Vernon, Wash., said the snowpack debate is so hot that it’s risky to stick your neck out. “Heads will roll over this kind of thing,” he said.

Pattee has studied Washington’s snowpack for more than two decades. Less snow is probably accumulating at lower elevations, he said.

“I think it’s mostly true, but it’s not as big a slap-in-your-face as some people are making it sound,” he said. “The trends we’re seeing are just not that steep. And just when you think you see a trend, it changes.”

Nevertheless, trends have been proclaimed.

Then-Seattle Mayor Greg Nickels wrote in an opinion piece in 2007 in the Seattle Times that “the average snowpack in the Cascades has declined 50% since 1950. ...”

The 50% figure had appeared in a 2004 report from Oregon Gov. Ted Kulongoski’s advisory group on global warming. “Already, according to Northwest scientists, we’ve lost 50% of the snowpack in the Cascades since 1950, with global warming identified as the probable cause,” the report stated.

The report echoed a “scientific consensus statement” signed by 50 academics in Oregon and Washington. The statement had caveats not included in the governor’s report. “Model simulations” showed that half the reduction could be attributed to “downward trends in precipitation,” not rising temperatures.

Also, according to the measurements, the years immediately before and after 1950 were snowy. If the time period were stretched back to 1916, the snowpack had declined by about 20% over 82 years.

Oregon State Climatologist Phil Mote, formerly Washington’s state climatologist, has been at the forefront of snowpack research for nearly two decades. In 2018, he and colleagues updated previous research and reported that the Western U.S. snowpack had declined by 15% to 30%, or by enough water to fill Lake Mead, the largest reservoir in the U.S.

Their study was published in an academic journal under the headline, “Dramatic declines in snowpack in the Western U.S.”

Oregon State University issued a press release using the word “dramatic” and quoted Mote: “It is a bigger decline than we expected.”

The word “dramatic” appeared in so many media stories that University of Washington atmospheric sciences professor Cliff Mass pulled out the Oxford Dictionary.

Mass found “dramatic” defined as “sudden and striking,” and wrote on his weather and climate blog that the findings were neither. Strip away the hype, Mass wrote, and the findings confirm a gradual decline. For the past 35 years, there hasn’t been much of a trend at all, he wrote.

Mote, in an interview with the Capital Press, said he understands why someone would characterize the study in another way than “dramatic.” But he said he found striking that more than 90% of longtime snow monitoring sites across the Western U.S. had shown declines.

“What was dramatic to me was the enormous number of sites showing decreasing trends,” Mote said. “Imagine 90% of people agreeing on anything.”

The declining trend was observed for all months, states and climates, and were largest in the spring in the West Coast states and in places with a mild winter climate, according to the research.

Mote’s report asserted that reservoirs “could not be built fast enough to offset the loss of snow storage.” The solutions would have to be “water policy” and “demand management.”

In his blog, Mass challenges the conventional beliefs of climate-change activists. Is global warming an existential threat? “Probably not.” Was the deadly Camp Fire in Northern California caused by climate change? “Clearly no.”

He has written that the combination of “poor journalism” and “problematic papers” undermines progress in addressing what he’s called the “profoundly serious threat to mankind” of global warming.

View of the future

In an interview with the Capital Press, Mass said the vast eastern Pacific Ocean has been slow to heat and that has so far blunted climate change in the Northwest. “The ocean is basically buffering us,” he said.

While chastising claims of dramatically shrinking snowpacks, Mass says a reduced snowpack will become “obvious” by about 2050 and “really obvious” by 2080.

“It’s not going to be all of a sudden, ‘Boom!’” he said. “But it will become more and more serious.”

Mass has recently projected how rising temperatures will diminish the snowpack by the end of the century. “It’s the best view of the future anybody has seen,” he said.

The projections rely on a dozen forecasting models. By 2099, the snowpack is projected to resemble the snowpack drought of 2015.

The snowpack drought was followed by a hot and dry spring and summer that produced one of the most severe droughts in Washington’s history.

The state Department of Agriculture estimated $703 million in drought-related losses. Nevertheless, the USDA found that Washington farmers and ranchers set a record for the value of the livestock and crops they sold that year.

Mass said it showed that Washington can survive a diminished snowpack. “All we need to do is build a few reservoirs. We’re going to get plenty of precipitation,” he said.

The dispute over whether the snowpack is vanishing begins with the records.

Mote and others have used 1950 as a starting point because snow records since then have been fairly consistent. Before then, the quality of the records drops off, particularly before 1930, according to researchers.

The oldest automated snow-measuring sites that transmit daily readings are about 40 years old. Before that, the records were based on manual measurements taken every month or so, meaning they are not directly comparable, said Pattee, the NRCS water supply specialist.

“You’re almost comparing oranges and tangerines — close but not quite there,” Pattee said. “We’ve only been collecting good snow data for 30 years.”

To extend the record back in time, scientists estimate snowpacks based on temperature, precipitation and streamflow records. The models are widely used and accepted, but, Mote said, a couple more decades of solid measurements would be “really fantastic.”

Findings also are influenced by the time period studied.

Starting at 1926 and ending at 2019, the dots are mostly brown, suggesting the snowpack has declined. Slide the tool forward to 1980 and most of the dots turn green, suggesting no loss in snowpack in recent decades.

Washington State Climatologist Nick Bond cautioned against drawing conclusions based on short time frames. He said it was like judging a Major League Baseball team’s 162-game season on a 10-day period.

Year-to-year variations in the weather are still overriding climate change, he said.

In assessing trends, “it depends on where you look and when you look,” Bond said. “Generally, high-elevation sites do not show much of a trend at all.”

Washington’s highest snow-measuring site is at Hart’s Pass in the Okanogan-Wenatchee National Forest, at 6,490 feet. For 7 of the past 10 years, the peak snowpack there has been above normal.

At Stampede Pass, southeast of Seattle, snow is measured at 3,850 feet. For 8 of the past 10 years, the peak snowpack has been below normal.

In between, at 4,400-foot White Pass, it’s been a draw. The peak snowpack has been above normal 5 times and below normal 5 times in the past 10 years.

Pull back and look at the snowpack from a regional perspective — such as the Olympics, North and South Cascades, and the Upper Columbia Basin — and the results are still mixed. The above-normal years and below-normal years are fairly even.

Because it is an average, it doesn’t reflect the range in different basins. The Olympic Mountains can have a low snowpack, for example, but the average is brought up by a lot of snow in the Cascades.

Pattee, who puts the number in a water-supply report, calls it a “very, very general reference.”

”You can’t really hang your hat on it,” he said.

Said Mote: “It’s an interesting anecdote, but not a statistically rigorous way of talking about long-term change.”

About 80% of the water running in streams during the summer in the Western U.S. comes from melting snow, according to the U.S. Bureau of Reclamation. Washington’s most-valuable agriculture region, the Yakima Basin in Central Washington, is especially dependent on the snowpack.

The 60,000-acre Kittitas Reclamation District around Ellensburg relies on snow accumulating at about 3,000 feet, said the district’s manager, Urban Eberhart, a farmer.

The district gets little rain to complement snowmelt. An ongoing initiative to use the spring runoff more efficiently to benefit farmers, fish and cities goes back four decades, pre-dating concern about global warming.

In 2015, the district’s farmers received less than half their normal water supply. “We know it’s possible for it to happen because it did,” Eberhart said.

An early spring that melts the snow too soon and too fast is “just as bad as not having any snowpack at all,” Eberhart said.

“It’s been more and more of the flash (snowmelt), rather than an orderly melting snowpack,” Eberhart said. “We’re trying to survive current conditions.”