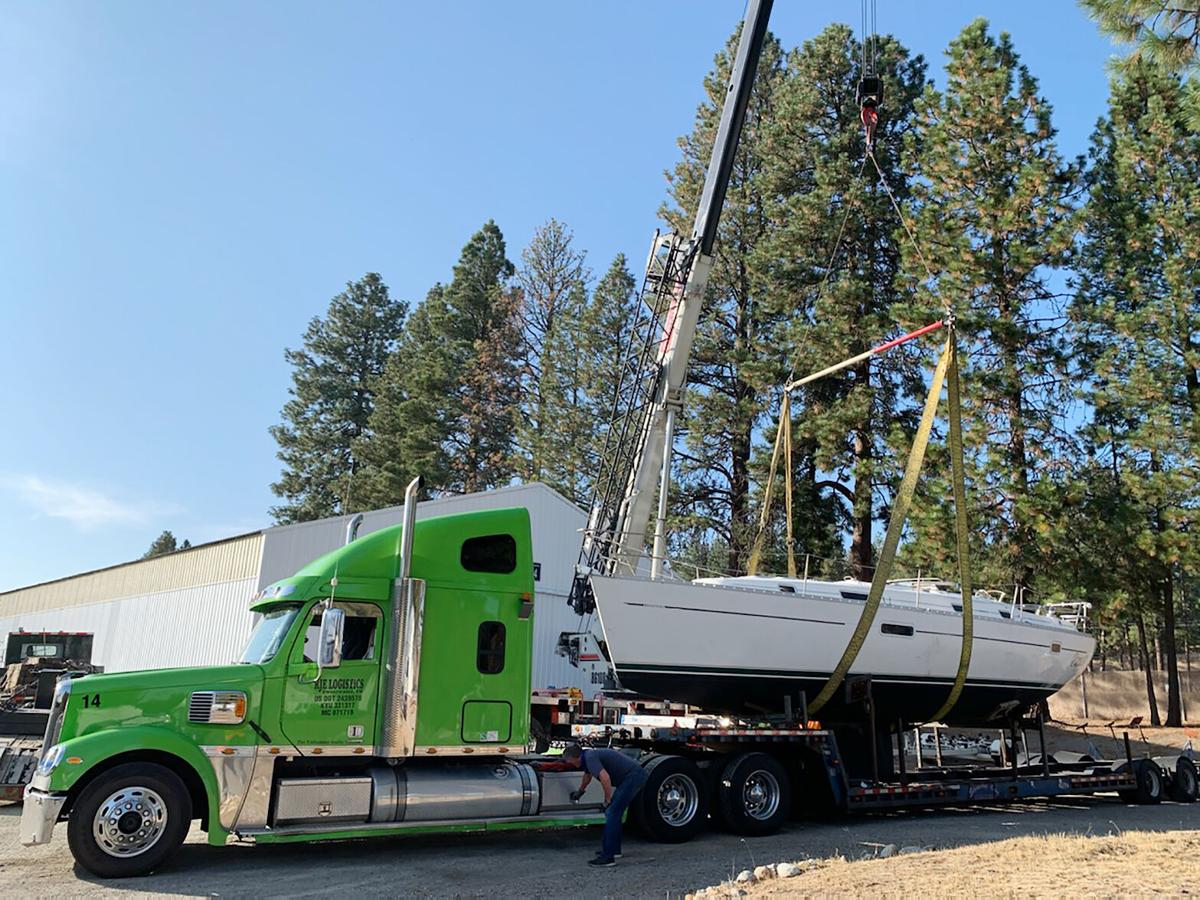 A boat fouled with live zebra mussels is lifted for dry-dock storage. 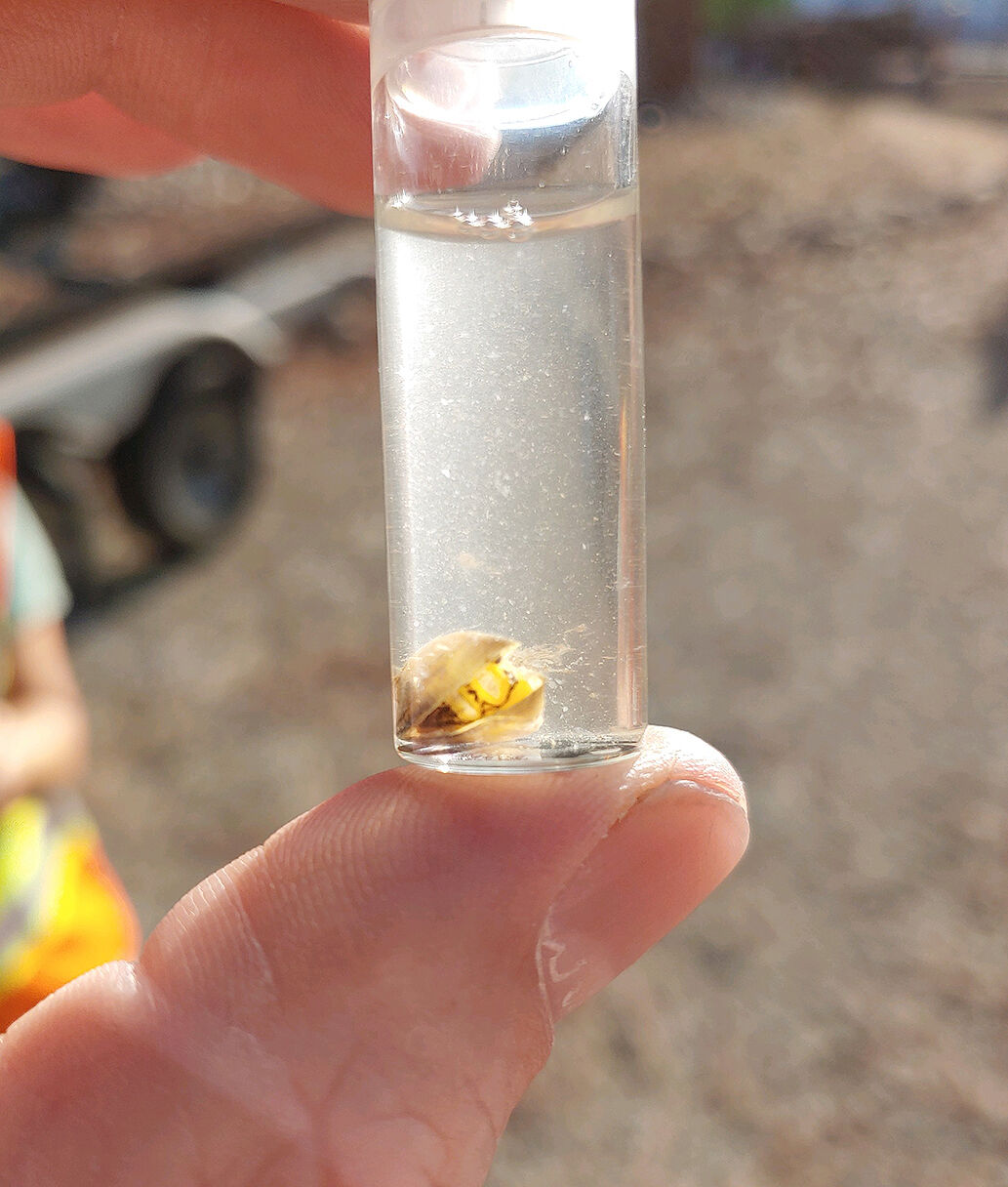 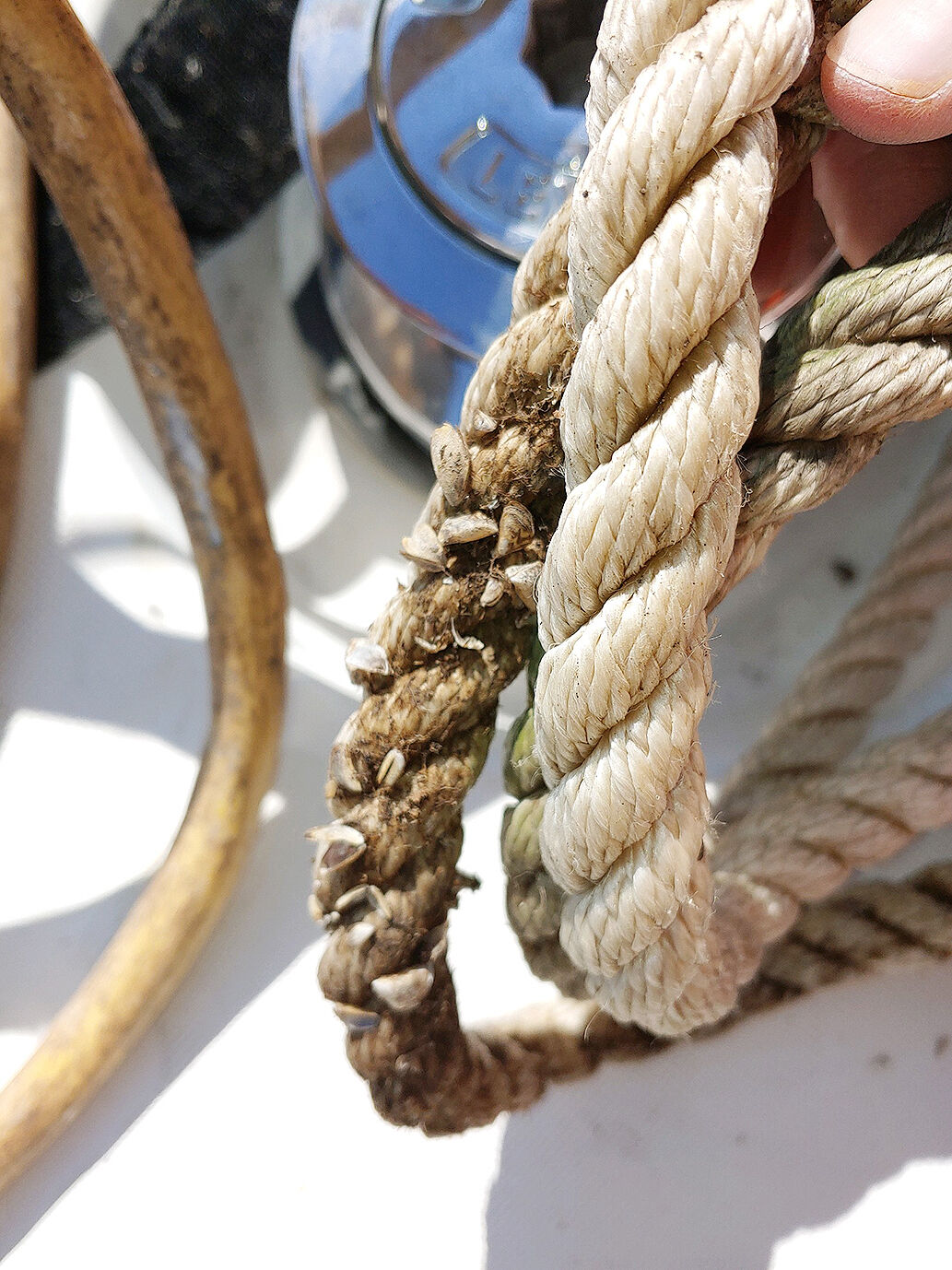 Moist, intact zebra mussels were found attached to rope in the anchor hold.

A boat fouled with live zebra mussels is lifted for dry-dock storage.

Moist, intact zebra mussels were found attached to rope in the anchor hold.

Idaho watercraft inspectors have identified  zebra mussels on a commercially hauled sailboat destined for Lake Coeur d’Alene in the state’s northern panhandle, marking the first time the invasive species has been found live this year.

Crews at the Cedars watercraft-inspection station, on westbound Interstate 90 near Coeur d’Alene, identified the mussels. Staff with the Kootenai-Shoshone Soil Conservation District, which operates the station in cooperation with the Idaho State Department of Agriculture, performed a hot-water wash.

ISDA regional staff inspected the boat again at the destination and verified the mussels as a live threat. It issued a hold order to prohibit the boat from being launched and allow up to 30 days for decontamination and mandatory dry time. The owner arranged for the boat to be transported and stored.

“Infested watercraft of this scale and complexity require a collaborative effort across several program partners to achieve the desired outcome,” ISDA Director Celia Gould said in a news release. The department “appreciates the continued support from local stakeholders to protect Idaho waters from invasive species.”

ISDA has conducted watercraft inspections since 2009. It operates 20 roadside stations.

Dead mussels on a watercraft often indicate a station found and treated them earlier. But at a roadside station, “trying to hold and quarantine a boat of this size would be extremely difficult,” Zurfluh said. Time, space and special equipment are needed to lift a large craft onto blocks, “and it’s very difficult to do roadside.”

Montana officials “did it right,” he said, identifying the boat as high-risk and confirming Idaho’s follow-up. Similarly, Idaho inspectors notify officials in Montana, Washington and Oregon of high-risk watercraft heading toward those states.

“It really is a team effort, in a sense, in the West,” Zurfluh said. Through years of monitoring and surveillance, quagga or zebra mussels have not been detected in Columbia Basin waterways, “showing prevention is working and highlighting that prevention in the Columbia River Basin is still an option.”

He said Idaho stations are slated to close Oct. 31. The stations inspected 133,650 watercraft this year through Oct. 12, finding 32 fouled by mussels including the one on Oct. 5 with live mussels. The inspected watercraft included 5,753 that were hot-washed and 2,445 that originated from waters known to be infested with invasive mussels.