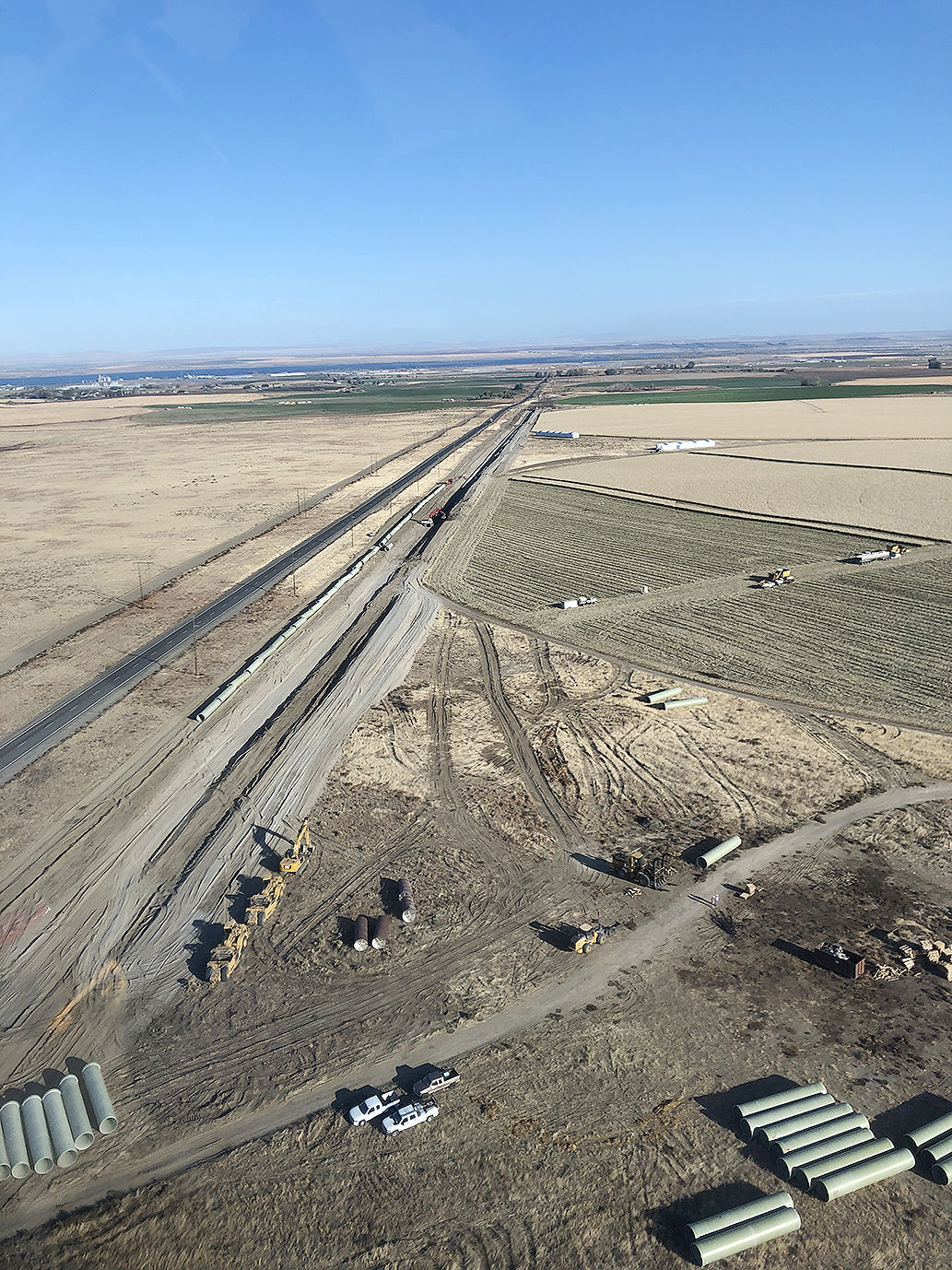 Construction of the West Project, one of three new water pipelines in northeast Oregon, is completed. The Columbia Improvement District successfully tested the system May 5. 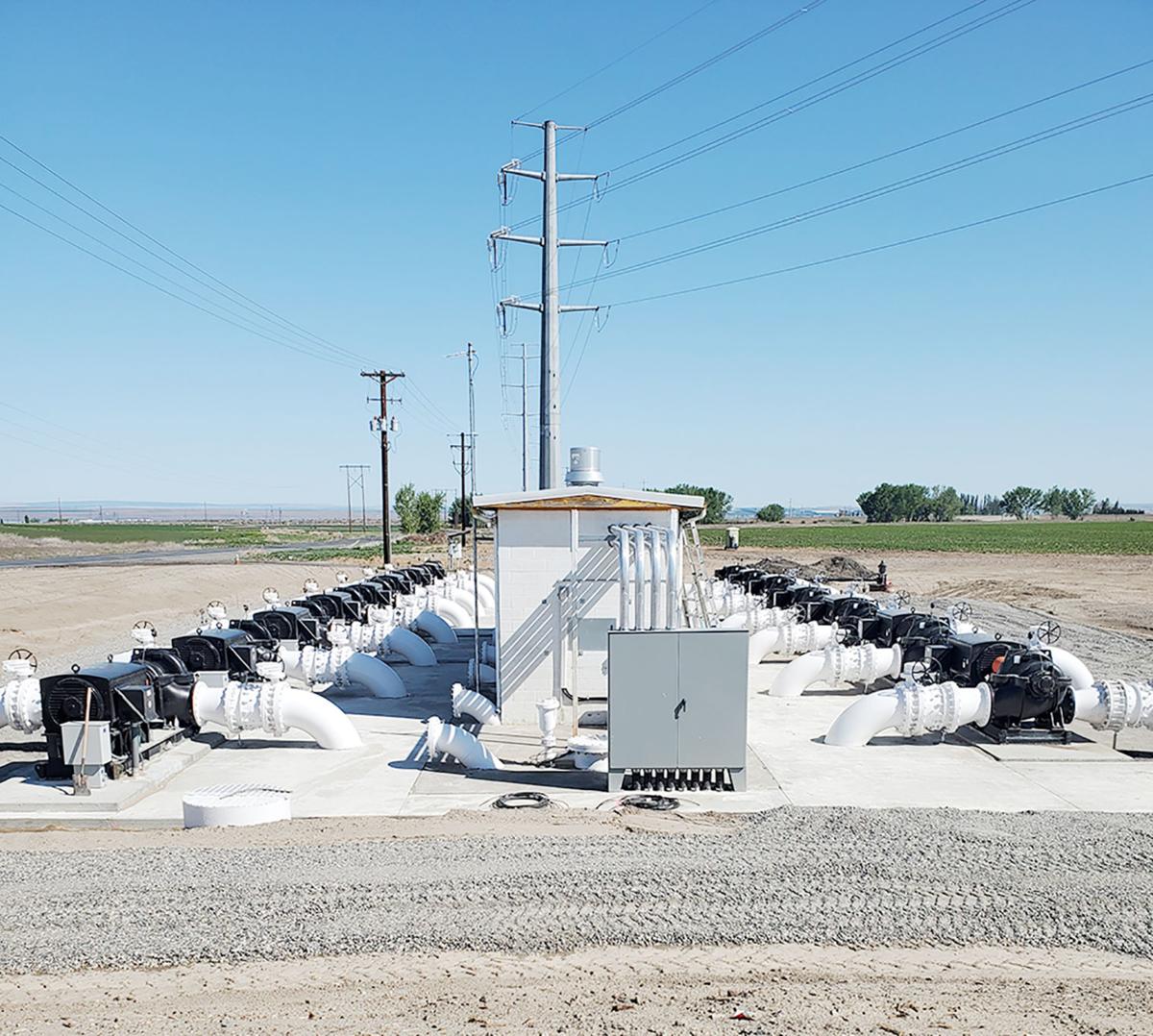 A booster station was completed as part of the West Project in northeast Oregon, pumping Columbia River water to farms in lieu of declining groundwater supplies. 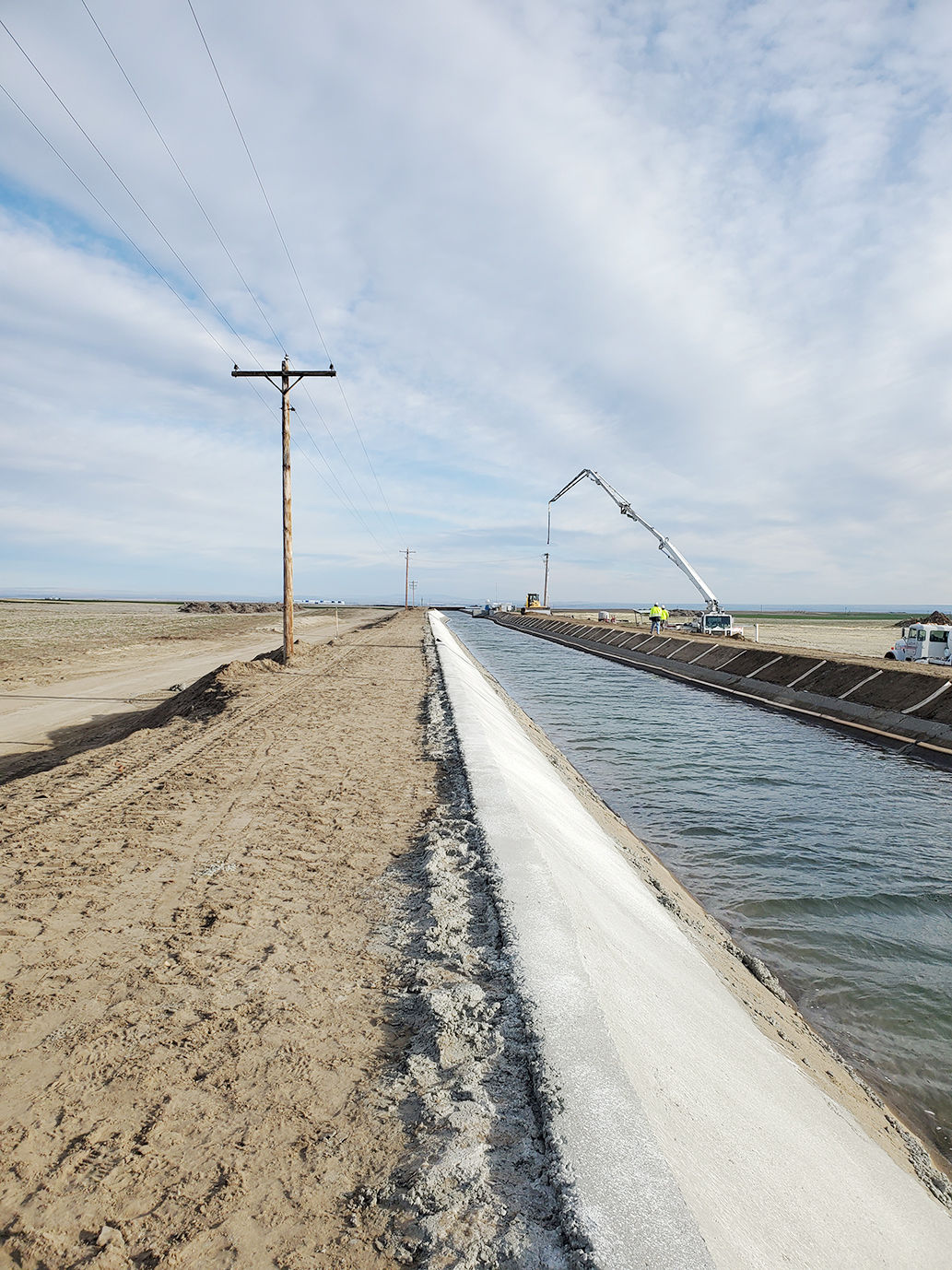 Water flows along an open canal owned by the Columbia Improvement District as part of the region's West Project.

Construction of the West Project, one of three new water pipelines in northeast Oregon, is completed. The Columbia Improvement District successfully tested the system May 5.

A booster station was completed as part of the West Project in northeast Oregon, pumping Columbia River water to farms in lieu of declining groundwater supplies.

Water flows along an open canal owned by the Columbia Improvement District as part of the region's West Project.

Construction of a new pipeline delivering water from the Columbia River to thousands of acres of farmland near Boardman is now complete, and two more pipelines are in the works stretching east of Hermiston in the fertile Umatilla Basin.

Not only will the multimillion-dollar pipelines serve as a lifeline for farms growing irrigated crops such as onions, potatoes and watermelons, but project leaders say they will also relieve stress on pumping groundwater aquifers that have been declining since at least 1958.

The West Project, as it is called, was the first to cross the finish line. It begins at a pump station on the Columbia River next to the Port of Morrow along Interstate 84. Water then flows through 8 miles of 72-inch fiberglass pipe into an open irrigation canal owned by the Columbia Improvement District.

On May 5, the district successfully tested the system, delivering 195,000 gallons of water per minute over 30 miles to farms south of I-84 and east of the Navy's Boardman Bombing Range to Butter Creek.

Jake Madison, a CID board member and president of Madison Ranches in Echo, said the West Project has allowed the district to add more than 30,000 acres that historically relied on dwindling groundwater levels.

"It brought water security," Madison said. "They were either on wells that were declining, or they were (dryland) farms that couldn't grow high-value crops ... They can replace that now with river water."

Getting to this point was a decades-long process, though it has the potential to transform Eastern Oregon and fix water problems that date back several generations.

The designation allowed the state to restrict groundwater pumping or shut off wells entirely, taking once-valuable farmland out of production.

In 2012, then-Gov. John Kitzhaber convened the Columbia River-Umatilla Solutions Task Force, which proposed using water from the Columbia River to irrigate farms in lieu of groundwater, allowing the aquifers to recover.

However, the Columbia River is also subject to environmental protections in Oregon that require "bucket-for-bucket" mitigation — meaning that for every bucket of water taken from the river, it has to be replaced from another source.

J.R. Cook, who served on the task force and has spent more than 15 years working on water issues in the basin, went on to form the Northeast Oregon Water Association, or NOWA, in 2013. Its members conceived the pipeline project as a way to carry out that vision.

"This is truly a regional project," Cook said. "These problems have been around since before a lot of us were even born."

NOWA reached out to farms, cities and ports to help secure funding for the project and water rights that could be left in-stream for mitigation.

In 2015, state lawmakers, wooed by the promise of huge economic and environmental benefits, also passed House Bill 5030, which awarded $11 million for the project.

"This project is vital to the Umatilla Basin's economy," Sen. Bill Hansell, R-Athena, said in a statement. "I was proud to work with community and state leaders to make this project a reality."

The value of water across the basin adds up quickly. Dryland wheat, grown without irrigation, generates roughly $100 per acre. Add 1 acre-foot of water, and the value jumps to $500 per acre. At 5 acre-feet of water, farmers can grow just about any irrigated crop in full rotation, earning up to $5,000 per acre.

NOWA figures the three new pipelines could create 3,000 new jobs and $600 million in increased business activity along the supply chain.

Rep. Greg Smith, R-Heppner, said the project is "a great opportunity for the region."

"This collaboration took an immense amount of work, and I am so proud of everyone who was involved in making this project possible," Smith said.

Under Phase I of the project, NOWA is close to finalizing rights for 180 cubic feet per second of water from the river.

Mitigation comes from taking existing certified water rights for municipalities — including the Port of Umatilla and cities of Boardman and Umatilla — and transferring them in-stream for up to 30 years.

Tom Byler, director of the Oregon Water Resources Department, said it is a significant step forward to address the basin's water needs.

"The Water Resources Department remains committed to continuing to work with partners on collaborative solutions to the basin's water challenges," Byler said.

Gov. Kate Brown and the 2019 Legislature approved $1 million for the basin to help offset the cost of pumping Columbia River water in the three regional projects, as opposed to the lower cost of pumping groundwater. That bill was spearheaded by Rep. Daniel Bonham, R-The Dalles.

Groundwater savings in Phase I could amount to 7,000 acre-feet per year, Cook said. The ultimate goal is to completely transition the basin's agriculture off groundwater, instead using the resource as a "savings account" for drought resilience.

The $34 million West Project was funded by a combination of $4 million in state dollars, and $30 million in private investment and debt service from the Columbia Improvement District.

"It's going to help ensure that our farm has an opportunity to stay in the family for future generations," said Madison, who is also the board chairman for NOWA. "I'm extremely grateful to play a small role in everything to get this done."

Focus now shifts to the $46 million East Project, which taps into the Columbia River east of Hermiston above McNary Dam. The pipeline is now under construction and could be finished as early as mid-July, though progress has been slowed in recent months by the COVID-19 pandemic.

As a condition of the $11 million state grant, each new pipeline must be publicly owned and operated. In the case of the East Project, 13 landowners formed the East Improvement District, covering 26,500 irrigated acres.

Umatilla County recently purchased and took over the Ordnance Project — formerly the Central Project — to supply water to both farmers and potential new industrial developments at the former Umatilla Chemical Depot, which the Army plans to transfer to local authorities.

In an email, Umatilla County Commissioner John Shafer said the project will be a huge asset to the region.

"I can't wait for the Central Project to join the ranks with water flowing through the pipe," Shafer said. "This should serve as a beacon of hope to all who are interested in completing a similar project."

Cook said the sheer will of basin farmers shows they are ready to move forward and learn from the mistakes of the past.

"There's a lot more to do, but we're a lot closer today than we were yesterday," Cook said. "It’s up to us to start proving it."