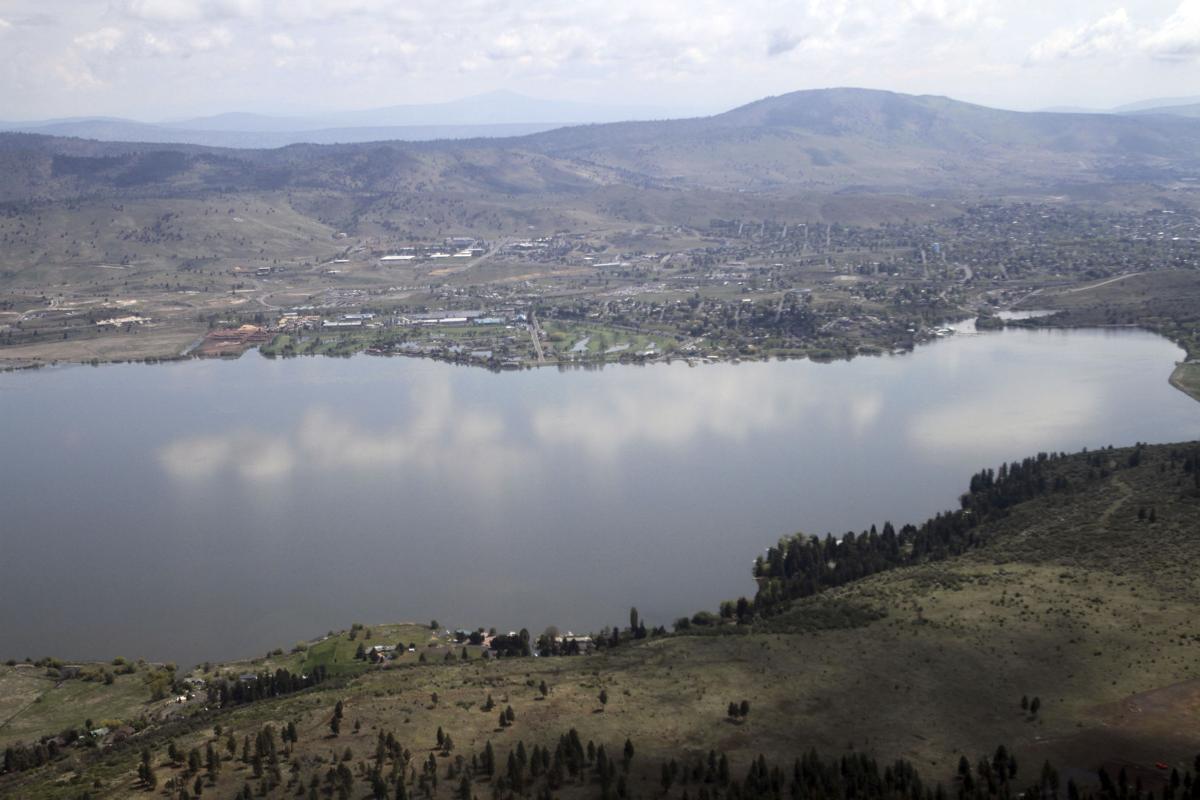 Klamath Falls, Ore., on the far side of Upper Klamath Lake. The outgoing secretary of the Interior has issued a reassessment of the agency’s obligations to provide irrigation water to farms in the Klamath Project. 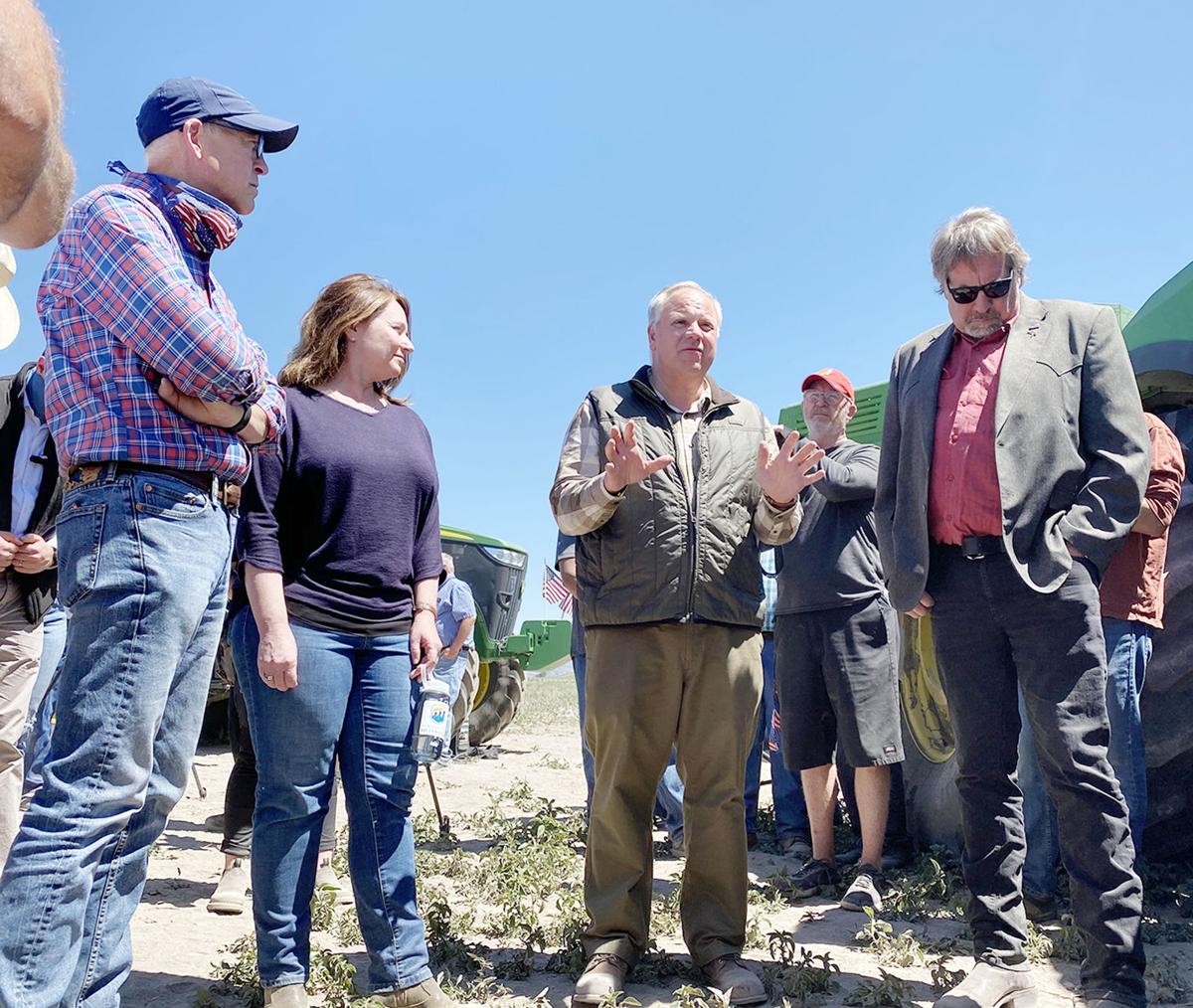 Klamath Falls, Ore., on the far side of Upper Klamath Lake. The outgoing secretary of the Interior has issued a reassessment of the agency’s obligations to provide irrigation water to farms in the Klamath Project.

KLAMATH FALLS, Ore. — The U.S. Bureau of Reclamation has no legal right to curtail water deliveries contracted for irrigators in the Klamath Project to protect endangered fish, according to an analysis spearheaded by outgoing Interior Secretary David Bernhardt.

The findings, outlined in a 41-page “reassessment” of Klamath Project operations under the Endangered Species Act, could prove to be a game-changer for basin farmers, said Paul Simmons, executive director of the Klamath Water Users Association.

“When this is carried out on the ground and incorporated into actual operations, it should translate into a situation where the bureau is not imposing the same severe (water) shortages as it has in the past under the ESA,” Simmons said. “It is a pretty basic, fundamental and I think important change in that way.”

2020 was a painful year for the Klamath Project, as irrigators saw their water allotment reduced to less than half of normal demand.

“He understood what the issue was,” Simmons remembers of the meeting. “I’ll say that we had been pushing the need for this kind of reevaluation for a while.”

The bureau operates the Klamath Project, which provides water for more than 200,000 acres of irrigated farmland in Southern Oregon and Northern California — powering a $1.3 billion agricultural economy in Klamath, Siskiyou and Modoc counties.

The ESA requires the bureau to consult with the U.S. Fish and Wildlife Service and National Marine Fisheries Service to ensure operations do not harm endangered fish, namely shortnose and Lost River suckers in Upper Klamath Lake and coho salmon in the lower Klamath River.

Last year, the agencies issued a three-year interim operating plan for the Klamath Project while they revise a previously scrapped Biological Opinion, or BiOp. The interim plan requires the bureau to send an additional 23,000 acre-feet of stored project water downriver to protect salmon from low flows, warm water and disease during drought years.

That, however, could change under the Interior Department’s new guidance.

After meeting with water users, Bernhardt directed the Interior Solicitor to conduct a reassessment of project operations, evaluating irrigation contracts that were signed well before the ESA was passed.

In a letter to Simmons, Bernhardt said project operations “have come to suffer from a tortured consultation history.”

“Through these processes, Klamath Project operations for water supply, endangered species, and tribal trusts have become substantially conflated,” Bernhardt wrote. “The outcome is an operating plan that no longer allows for inspection of any individual piece for compliance, creates confusion, and begets litigation and discord to no one party’s service.”

What the reassessment ultimately found was, based on federal court rulings, the bureau does not have discretion to reallocate water contracted for irrigation to protect species.

“Water stored previously and in priority on behalf of the Klamath Project is not available for reallocation for the purposes of meeting these in-stream flow rights, even if they are senior to the entity that previously stored those supplies,” the document states.

“The federal government has recognized that we have been over-regulated under the ESA, and that needs to change,” she said.

Both Hill and Simmons said the reassessment is not a “magic bullet” that guarantees irrigation water forever. The bureau’s allocation is still subject to state and federal water law, including senior rights of tribes in the Klamath Basin.

“We still have other legal issues, including water rights of tribes that will one day be quantified, that can affect us,” Hill said.

Nor does the guidance exempt the Klamath Project from the ESA entirely. “Reclamation has found that it still has duties for species protection, but those duties do not include imposing harmful shortages on irrigation as we have seen in the past,” Simmons said.

Simmons said he anticipates there could be political blowback with the transition to President Joe Biden and his new administration. Biden has nominated Rep. Deb Haaland, D-N.M., as Interior secretary. If confirmed, she would be the first Native American cabinet secretary and head of the Interior Department.

“We look forward to working with the Biden administration, which we hope will recognize that the new guidance is based on current law rather than political preference,” Simmons said.

A spokeswoman for the Bureau of Reclamation office in Sacramento, Calif., said the agency was not prepared to comment.