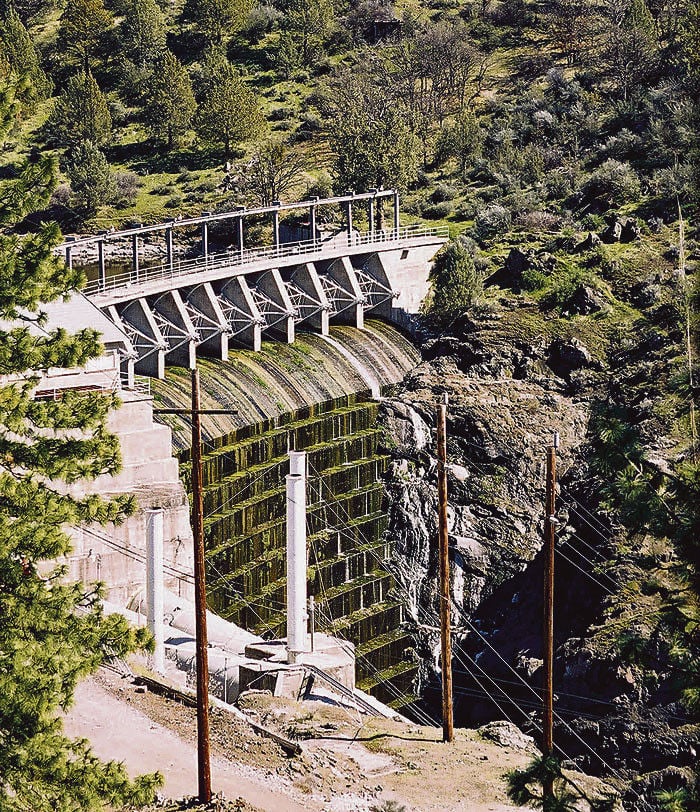 Copco No. 1 Dam on the Klamath River near Hornbrook, Calif., is one of four dams slated for removal. 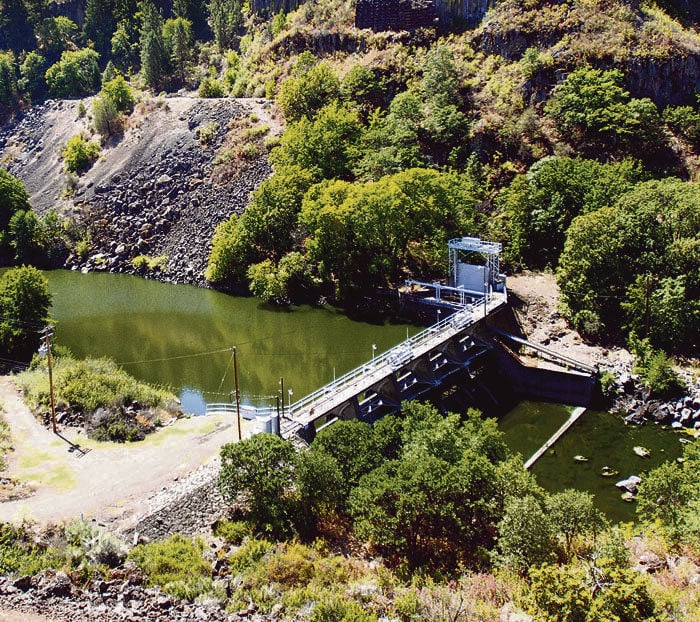 Copco No. 2 Dam spans the Klamath River near Hornbrook, Calif. 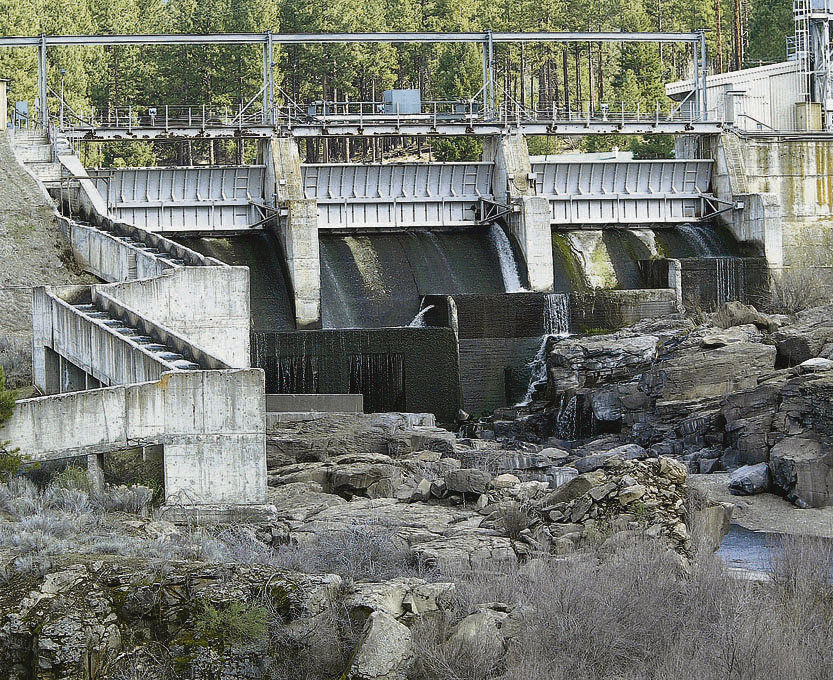 The J.C. Boyle Dam near Klamath Falls, Ore., is one of four dams slated for removal. 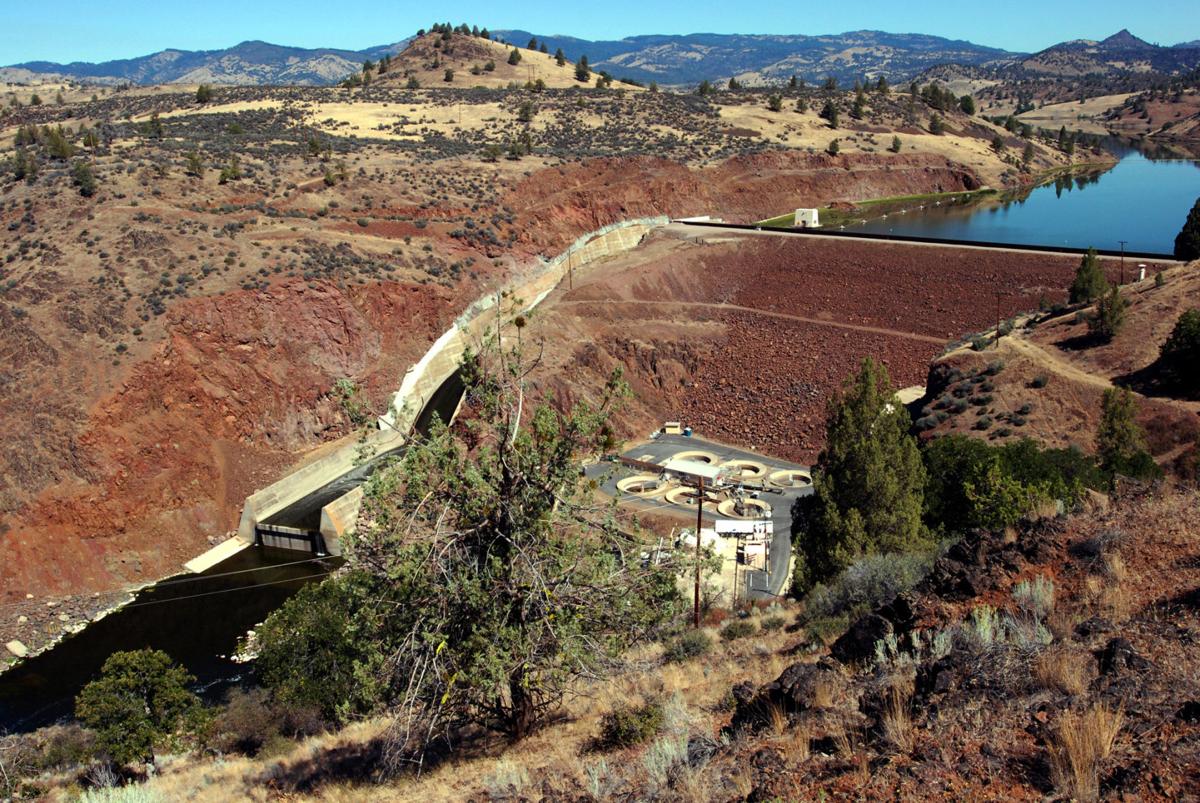 Copco No. 1 Dam on the Klamath River near Hornbrook, Calif., is one of four dams slated for removal.

Copco No. 2 Dam spans the Klamath River near Hornbrook, Calif.

The J.C. Boyle Dam near Klamath Falls, Ore., is one of four dams slated for removal.

Removing four hydroelectric dams along the lower Klamath River in Southern Oregon and Northern California is expected to cost just under $434 million and could happen by 2022, according to a new filing with the Federal Energy Regulatory Commission.

The nonprofit Klamath River Renewal Corp. submitted plans with FERC in 2018 to decommission and demolish J.C. Boyle, Copco Nos. 1 and 2 and Iron Gate dams, which block about 400 miles of upstream habitat for migratory salmon and steelhead.

Regulators are now considering whether to transfer the dams’ operating license from PacifiCorp to KRRC before the project can move forward. A general contractor, Kiewit Infrastructure West Co. of Fairfield, Calif., is already on board and working on a plan for razing the dams.

But first, KRRC must answer questions from a six-member independent board of consultants appointed by the feds to prove they have the money, insurance and contingency for such a large proposal.

Project leaders met with the board five times between March 14 and July 9. On July 29, KRRC filed a 1,333-page response to feedback including the updated cost estimate and timeline.

Mark Bransom, KRRC executive director, said the filing “proves that we understand the magnitude of our charge and are on the right path.”

“This is a project of vast importance for the environment, the river and the people and communities in the Klamath Basin,” Bransom said. “We have the funding, the team, the expertise and the plan to do it right and pen a vibrant new chapter of Klamath River history.”

Built between 1911 and 1962, the lower Klamath River dams are currently operated by PacifiCorp and have a total generation capacity of 169 megawatts. Efforts to remove the dams date back to the 2010, when farmers, tribes, environmental groups and government agencies all signed on to the Klamath Hydroelectric Settlement Agreement.

By restoring a more free-flowing river, the parties hope to improve spawning and survival of fish species protected under the Endangered Species Act.

KRRC was formed out of the settlement agreement after it was amended in 2016 to take ownership of the dams from PacifiCorp. That requires approval from FERC to ensure the new owners are able to follow through on the project while offsetting any potential short- and long-term impacts.

Bransom said he is confident KRRC has the funding to complete the job. The latest estimate of $434 million is well within the organization’s $450 million budget — including $62 million to cover unanticipated costs, and $16 million left over in cash reserves.

“The bottom line from this analysis is that we have concluded the KRRC has sufficient funding within our budget to complete the project,” Bransom told the Capital Press.

Funding for dam removal comes primarily from PacifiCorp ratepayers who have contributed $200 million, and up to $250 million from California Proposition 1, a $7.5 billion statewide water bond that passed in 2014.

KRRC originally anticipated dam removal could begin as early as 2021, but Bransom said 2022 is more likely given the regulatory review schedule. In addition to FERC, the California State Water Resources Control Board is also still finalizing its environmental review of the project.

As for addressing risk management, Bransom said KRRC has hired Resource Environmental Solutions LLC to handle environmental mitigation and is proposing to set up a local impact mitigation fund so individuals can file claims for potential damages.

“We’re still in the process of determining what that will look like,” Bransom said. “It certainly has been part of our process through our public outreach.”

The KRRC’s plan recently garnered support from U.S. Sens. Ron Wyden and Jeff Merkley from Oregon and Kamala Harris and Dianne Feinstein from California. The senators, all Democrats, submitted a letter to FERC on Aug. 1 asking the agency to give the proposal “full and fair consideration.”

“For decades, the Lower Klamath Project has blocked fish passage on the Klamath River, resulted in harmful algal blooms and created conflicts between various stakeholder groups,” the senators wrote. “Timely removal of these dams is critical to tribes in the Klamath Basin, West Coast fishing and recreation communities, and farmers and ranchers in Southern Oregon and Northern California.”