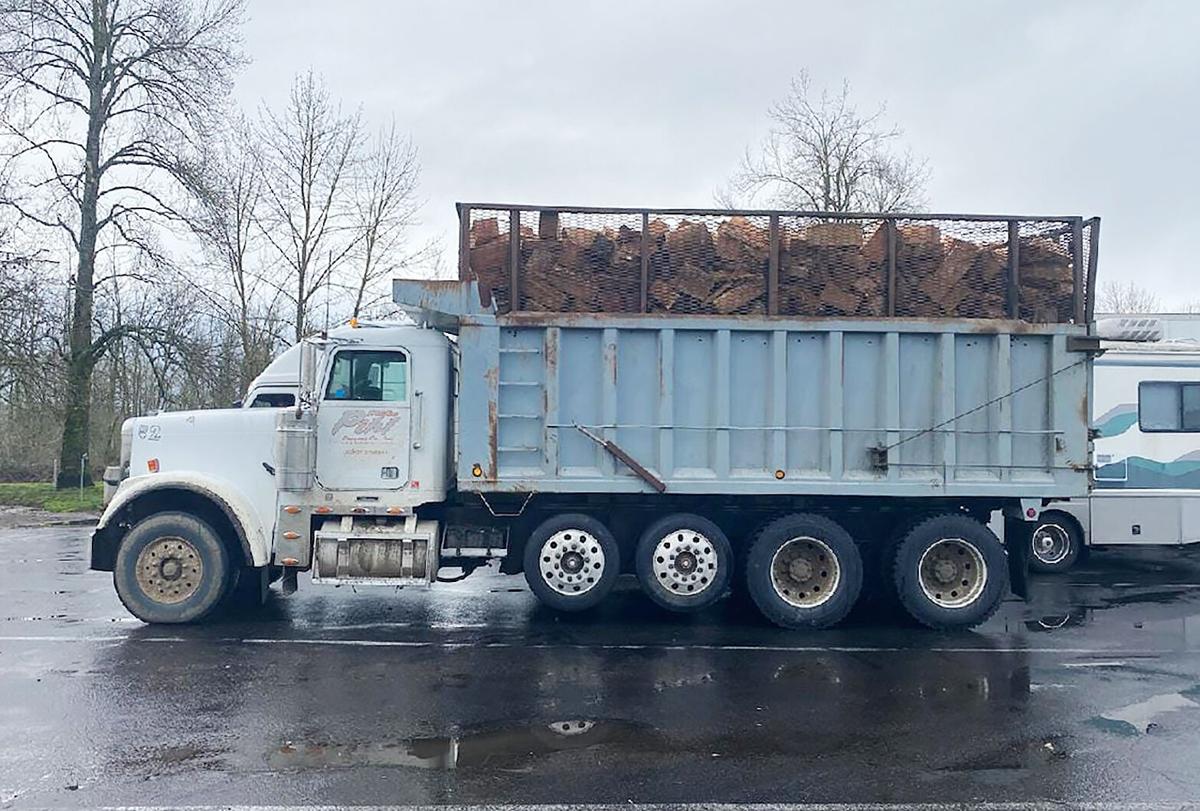 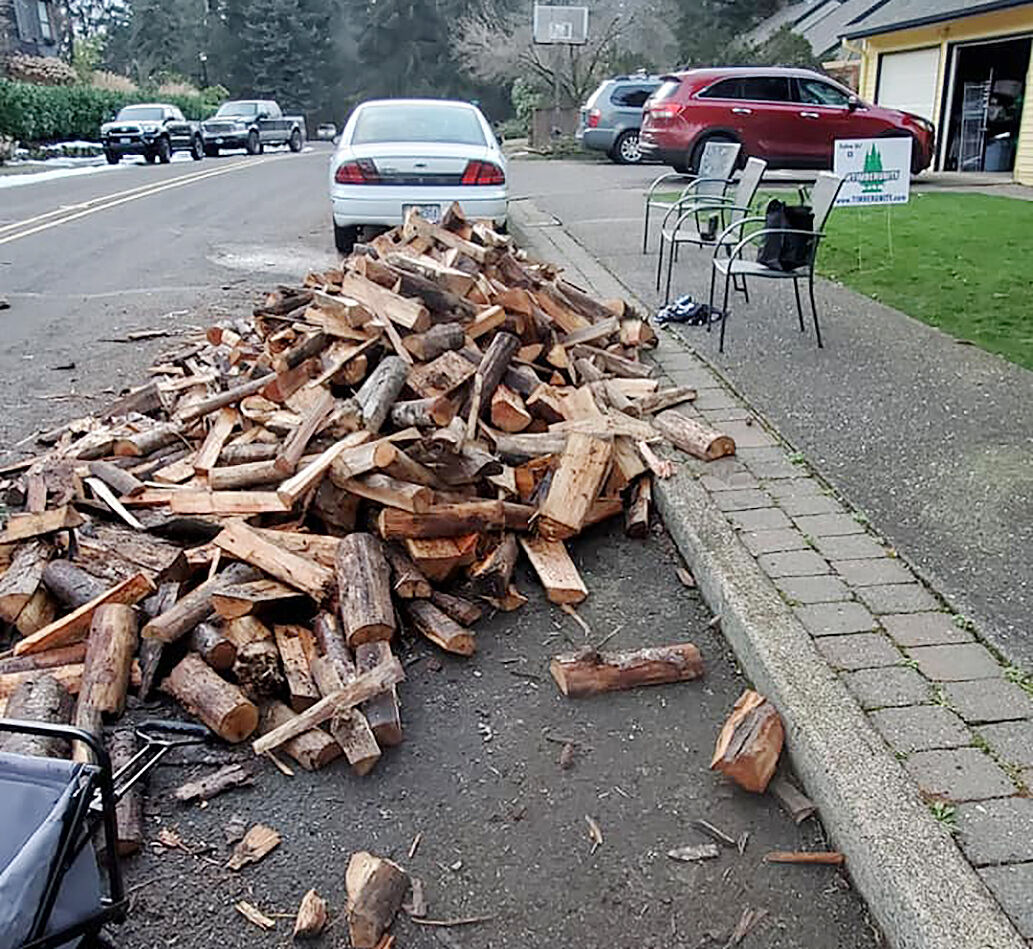 A load of firewood outside Julie Parrish's West Linn home was distributed within three hours on Feb. 16.

A load of firewood outside Julie Parrish's West Linn home was distributed within three hours on Feb. 16.

For nearly a week, Julie Parrish did not have power at her home in West Linn, Ore.

Parrish, a former state legislator and board member of the group TimberUnity, was one of thousands of Oregonians who lost electricity during the recent winter storms that dumped snow and ice across parts of the Northwest.

To make matters worse, nobody in her community could find firewood. Stores sold out quickly, and Parrish said at least one person reaching out for assistance online considered burning their wooden utensils to stay warm.

"I was like, 'Something has to give here,'" Parrish said.

Parrish contacted fellow TimberUnity board member, Mike Pihl, a logger based in Vernonia, who donated and delivered 2 1/2 cords of firewood from his own wood yard on Feb. 16.

With nowhere else to go, Pihl dropped off the wood in front of Parrish's house, where the public could pick it up for free. Three hours later, the entire load was gone.

"People came until 9:30 at night with flashlights," Parrish said, adding the wood went to more than 50 different households.

TimberUnity — a volunteer-led political advocacy group that represents timber and agricultural interests — is no stranger to offering help during natural disasters. As the Labor Day 2020 wildfires burned across Western Oregon, members donated and transported tons of hay to feed displaced livestock.

Going from firestorm to ice storm, the group has again mobilized to deliver several loads of firewood for an estimated 70,000 people who were still without power as of Friday.

"What we have realized is that because we have the people, machines and equipment, and the ability to mobilize, we're able to fill these little pockets of need when they come up," Parrish said. "It’s been really amazing."

Seneca Jones Timber Co., a TimberUnity supporter, has donated two truckloads of firewood from its sawmill in Eugene, Ore. Pihl delivered the first load Friday morning to Love Inc., a nonprofit warming shelter in Woodburn, and was en route to delivering a second load to the Clackamas County Fairgrounds in Canby.

Casey Roscoe, vice president of marketing and communications at Seneca, said it is a good example of Oregonians helping Oregonians.

"We've heard stories of people tearing down their fences so they would have something to burn," Roscoe said. "We had it, and I'm so thankful that we were able to figure out how to get it to folks up there."

Pihl said as long as there is still a need, the group will continue to collect and distribute firewood where needed.

"If the need is there, we're happy to deliver more wood anytime, anyplace we can," Pihl said. "We feel very fortunate that we are in a position to help other people in need."

For more information about TimberUnity or firewood donations, visit www.facebook.com/timberunity.