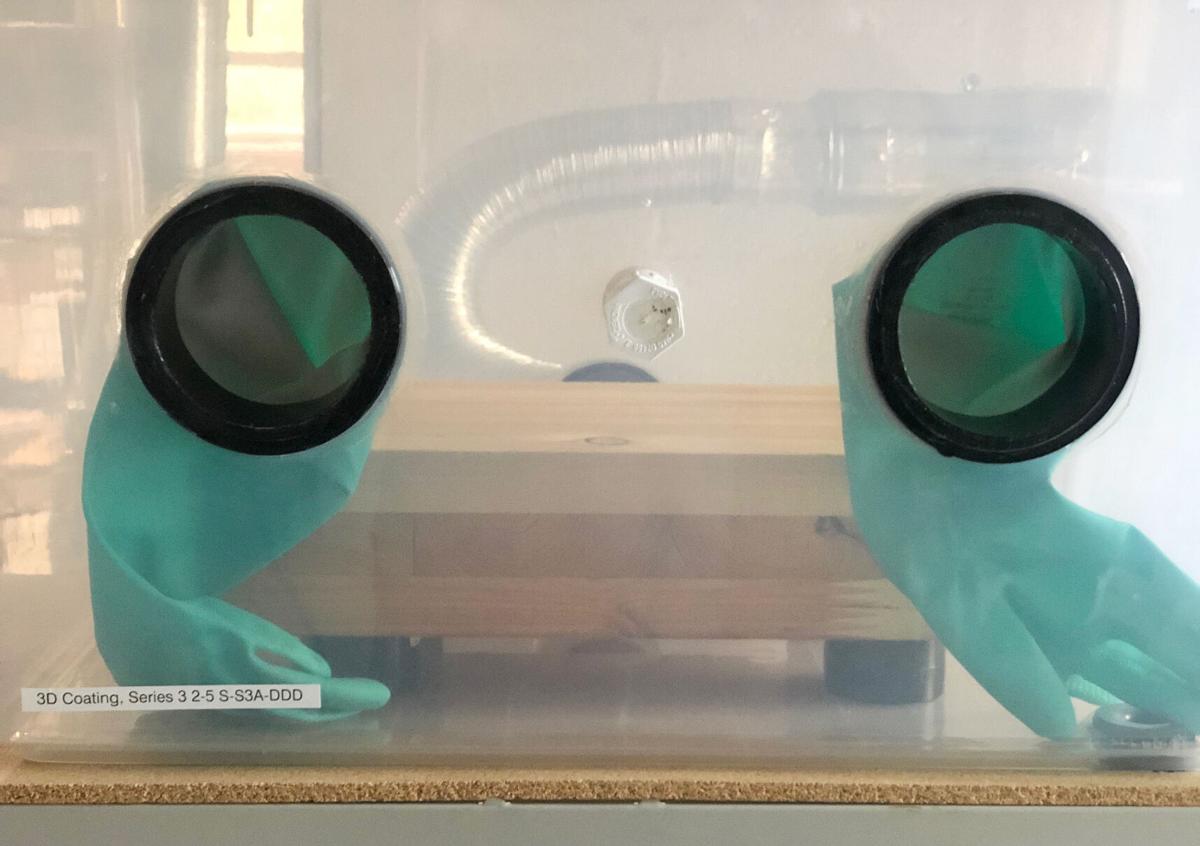 As part of a study about hygiene and disease control properties of mass timber, samples are placed in sterilized boxes, about a cubic meter each, where researchers can control ventilation, temperature and humidity. The wood is inoculated with surrogate pathogens mimicking actual bacteria and viruses, subjected to different moisture levels, then analyzed to determine microbial growth and survival. 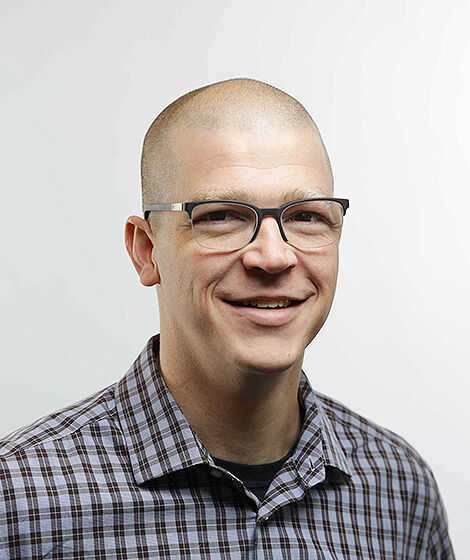 EUGENE, Ore. — When it comes to using mass timber as a construction material in hospitals and clinics, Kevin Van Den Wymelenberg said wood gets a bad rap.

Health care providers may see wood as unhygienic and hard to disinfect, but Van Den Wymelenberg, a professor and researcher at the University of Oregon, said that may not be true. In fact, he said past studies have shown that wood performs as well, if not better, than steel, plastic or vinyl surfaces in disease control.

“In outpatient clinics, or within a whole range of different types of health care facilities ... there is still a bias against wood,” Van Den Wymelenberg said. “There is this perception that it is harder to maintain.”

A team of academics and industry partners is now spearheading a project that aims to prove mass timber’s viability in the $50.3 billion per year health care construction market. Wood products, they argue, provide several benefits toward sustainability — from carbon sequestration to clearing forest clutter and lowering wildfire risks in rural communities.

The U.S. Forest Service awarded the study a two-year, $250,000 Wood Innovation Grant in August to further promote wood as a construction material in commercial buildings.

The term mass timber refers to building materials made of thickly laminated and compressed wood, such as beams and panels. One prominent example, known as cross-laminated timber, or CLT, has been described as “plywood on steroids.”

Proponents of mass timber cite two key advantages to more widespread adoption in commercial construction. First, the products make use of small-diameter and lower-quality trees, helping to restore ecological function in public and private forests while retaining timber jobs and reducing the risk of large fires.

Second, production of CLT emits 26% less greenhouse gases than making steel, and 50% less than concrete, according to the Oregon Forest Resources Institute.

With the virus weighing heavily on the public’s mind, Archuleta said the hygienic performance of mass timber was suddenly a compelling topic.

“This (proposal) really stood out,” Archuleta said. “They’re looking very closely at how we can optimize this to both increase the demand for CLT in health care construction, or just general construction.”

Van Den Wymelenberg, founder and director of the University of Oregon’s Institute for Health in the Built Environment, has been studying microbes in buildings for more than a decade. He submitted his team’s proposal to the Forest Service in January, before the first wave of the pandemic hit the U.S.

“A year ago, I would say this to people and they would say, ‘Oh, this is interesting and kind of a novelty,’” he said. “Now it’s front and center.”

The main objective of this latest study, Van Den Wymelenberg said, is overcoming myths about wood products that have created market barriers to health care construction.

Previous research has suggested that, because wood is porous, it allows viruses and bacteria to enter those pores where they become trapped and essentially neutralized. Wood also produces organic compounds known as terpenes, found in the essential oils of plants, that may contribute to the low survival rate of several different pathogens.

To put this to the test, the team has placed samples of mass timber in sterilized boxes, about a cubic meter each in size, where they can control ventilation, temperature and humidity conditions.

The wood is inoculated with surrogate pathogens mimicking bacteria and viruses, which the team’s facilities are not equipped to handle. Samples are subjected to different moisture levels, then analyzed to determine microbial growth and survival.

If successful, Van Den Wymelenberg said the experiment could lead to increased acceptance of mass timber, unlocking a new market in the health care field.

“There are a lot of board-feet that can go into health care facilities, so long as we can show it’s at least equivalent to other materials, if not better, in infection control,” he said.

Several industry partners have signed on in support of the project, including Providence St. Joseph Health, the eighth-largest health care system in the country with 51 hospitals and 829 clinics across seven western states.

In a letter that was included as part of the project’s Forest Service grant application, Erin Kelly Couch, standards and design director for Providence St. Joseph Health, said that with a growing population heading to outpatient facilities, “this initiative could not be timelier for Providence.”

“We will provide support by offering expert insight on the use of wood products as we look to create more environmentally sustainable buildings within our enterprise,” Couch wrote.