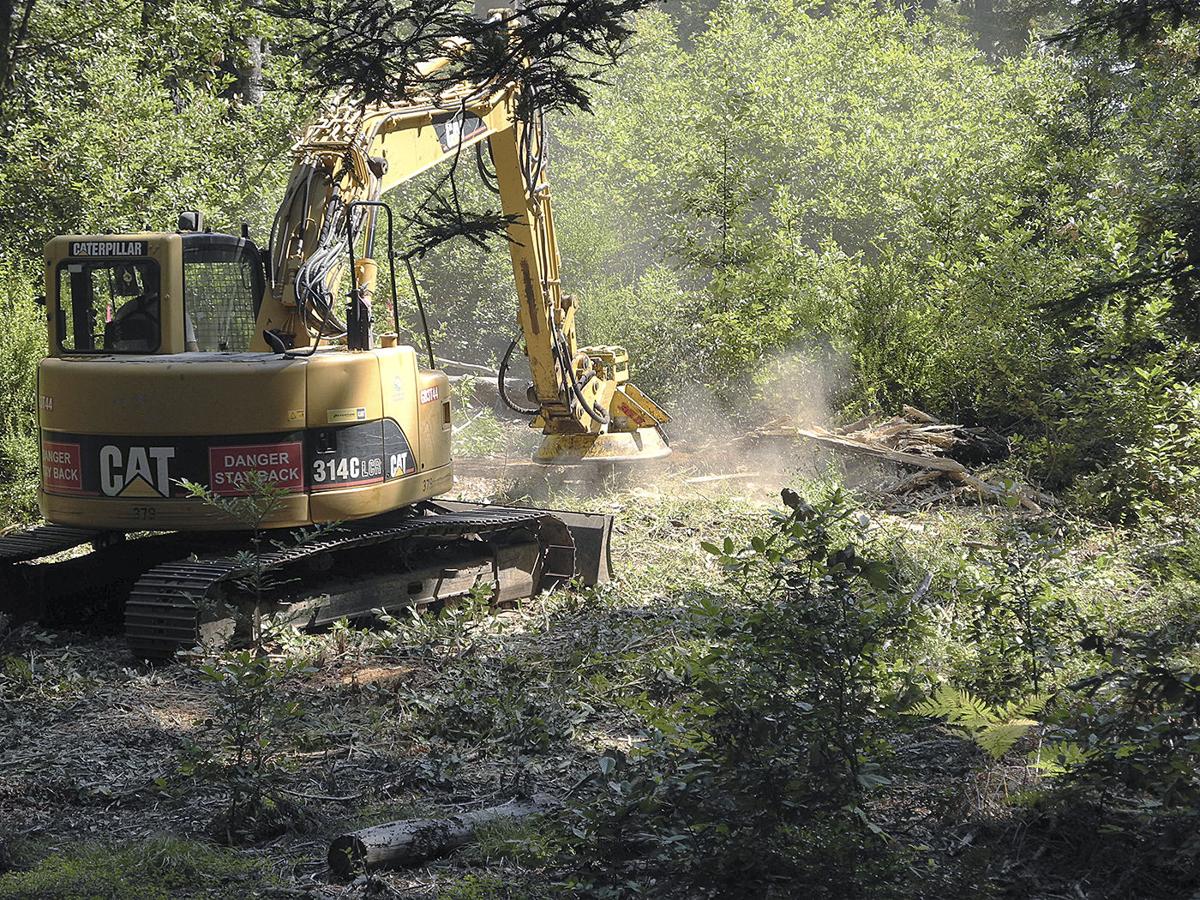 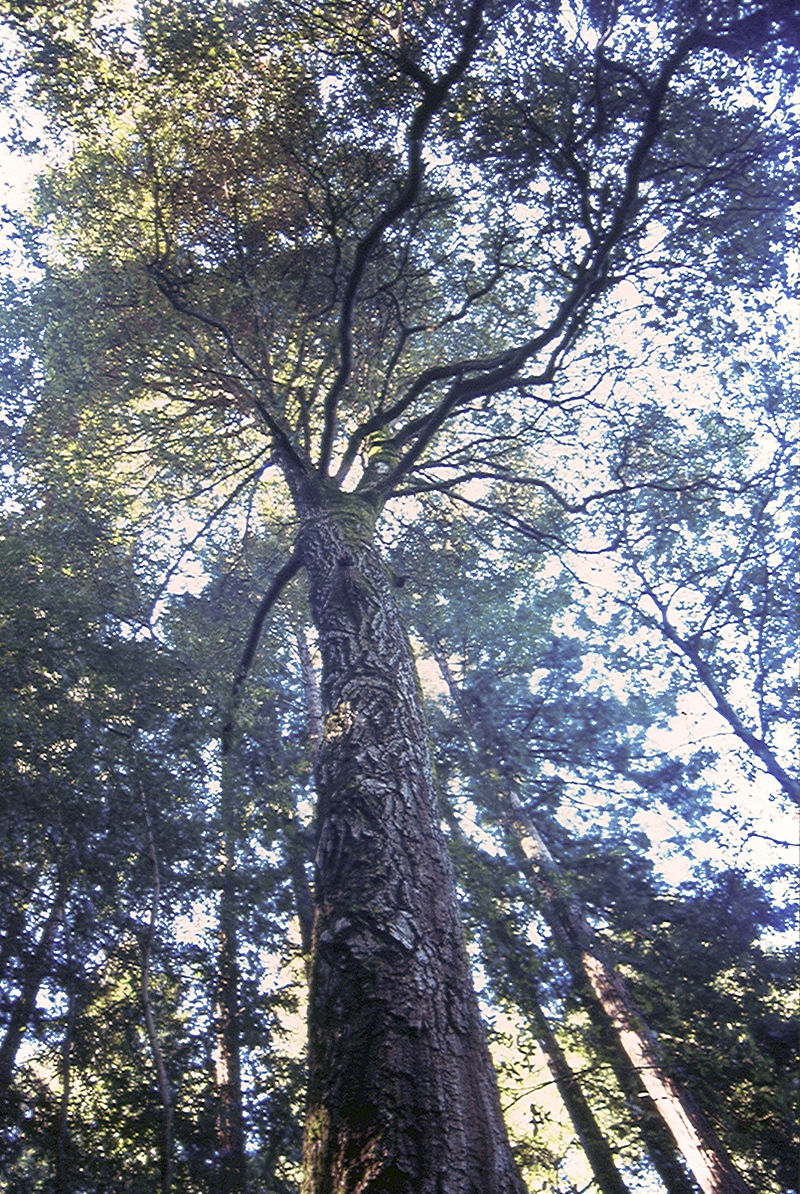 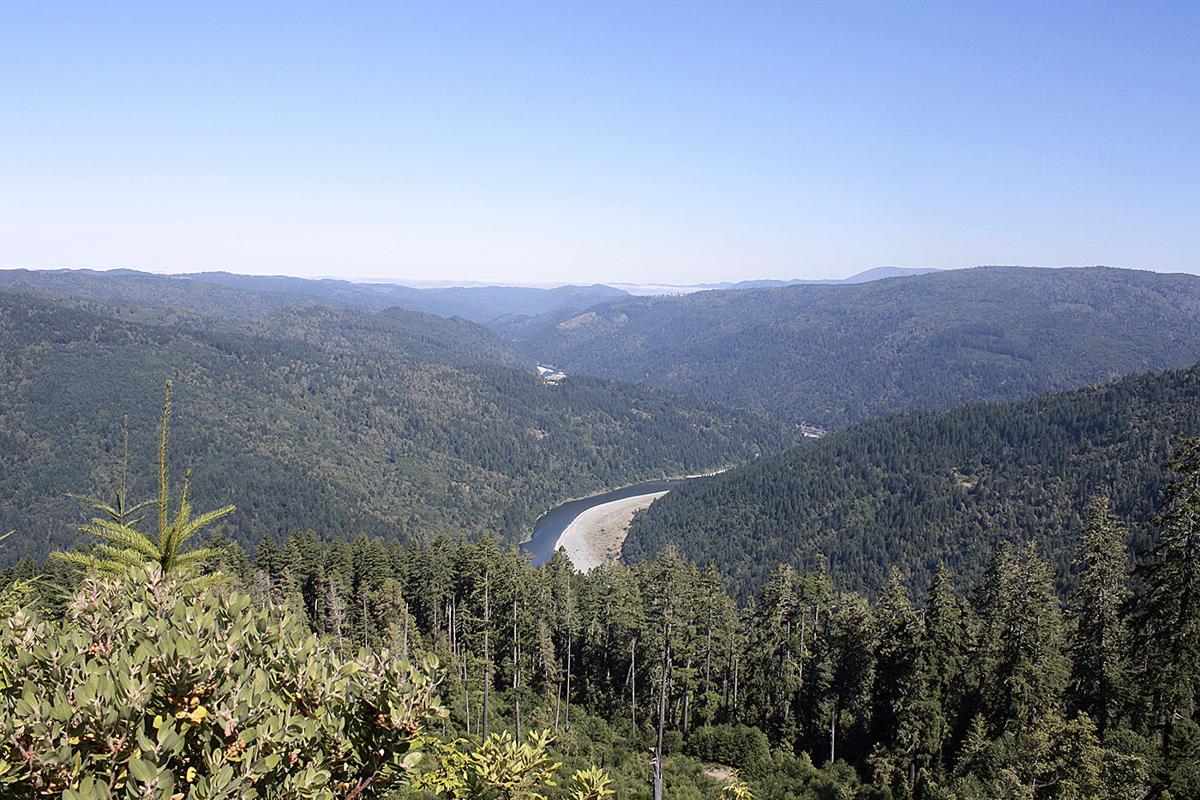 In the woodlands of Northern California and Southern Oregon, a tree-killing disease called sudden oak death continues to spread. But new containment methods and community efforts are slowing the disease’s advance.

Cilde Grover is a small woodland owner with 230 acres of timberland in Southern Oregon near the California border. The Winchuck River snakes through her property. Douglas firs, redwoods and tanoaks tower over the land. And deep in the forests, sudden oak death — caused by the pathogen Phytophthora ramorum — is killing Grover’s trees.

Sudden oak death does more than kill trees. It also has an economic impact. The disease hurts landowners, lumber mills, the nursery industry and could potentially limit international trade in port cities like Coos Bay.

Although the origin of sudden oak death is unknown, scientists suspect the disease was introduced from Asia and spread to Europe and the U.S. through plant nurseries, according to the Center for Invasive Species Research at the University of California-Riverside.

There are two strains of sudden oak death, North American and European. The European strain, which according to Oregon State University’s extension service is more destructive, is spreading along the West Coast of the U.S.

Richard Cobb, an ecologist at California Polytechnic University in San Luis Obispo, said the disease affects plant and tree species in different ways. Some trees serve as hosts for the disease, while it kills others.

Tanoaks, which grow primarily in northwestern California and southwestern Oregon, are vulnerable. The disease also kills northern red oaks and slows the growth of Douglas firs.

First recognized in the 1990s, the disease was inadvertently introduced to California through contaminated nursery stock.

“The disease is still a serious concern in the nursery industry,” said Cobb. “Most nurseries run a clean operation, but whenever there’s a contaminated shipment from one of them, it’s a problem for all of them. The reputation of the whole industry suffers.”

With recent outbreaks in Missouri, Indiana, Ohio and Oklahoma, the concern over contaminated shipments is fresh in people’s minds, Cobb said.

The U.S. Animal and Plant Health Inspection Service has confirmed that the recent outbreaks were linked to shipments from one nursery in Washington state and two in Canada.

Whenever an outbreak is detected, the USDA requires nurseries to follow strict protocol including quarantine, inspections, destruction of infected plant material, sampling and monitoring for the following three years.

The disease also impacts other industries.

Grover said since her lumber mill runs within a quarantine area, the disease has relatively small impact on her finances. But she knows many landowners with property in highly infected areas who have been impacted.

According to the Sudden Oak Death Task Force’s most recent economic impact study, the Port of Coos Bay is at risk for future closure as the spread of the disease continues. According to the report, if a shipment of infected logs makes it abroad, other countries may cut off shipments from Coos Bay, which could hurt the local economy.

Indigenous people also feel the impact of sudden oak death. Tanoaks are an important cultural source of food and medicine for Native American tribes such as the Hoopa and Yurok of Northern California, according to Cobb.

Despite the spread, researchers are optimistic that new techniques and community involvement will slow the pace.

Norma Kline, Oregon State University Extension agent in Coos County for forest and natural resources, said early detection techniques such as bait stations are getting better. Aerial survey technologies are expanding. And education is improving as research reveals more about the nature of the disease.

Sarah Navarro, a forest pathologist for the Oregon Department of Forestry, said said that even though eradication is impossible, there are several things rural people can do to slow the spread. Private owners can remove tanoaks from their land as a preventive measure, she said. Nurseries should continue to prioritize safe management practices, and consumers should only buy clean plants.

Since the disease has a northernly spread, Coos, Douglas and Josephine county landowners should create a preventive plan using resources from Oregon State University.

Grover, whose woodlands are threatened, said she has been amazed to see indigenous tribes, timber companies, farmers and urban leaders work together. But Grover said there’s still an urban-rural divide.

“It’s a lot of bureaucrats,” she said. “Some days I think, ‘Just a minute, you guys. Pay attention to the people.’ But we’re making progress. We’re all learning to listen to each other a little better to fight this disease.”