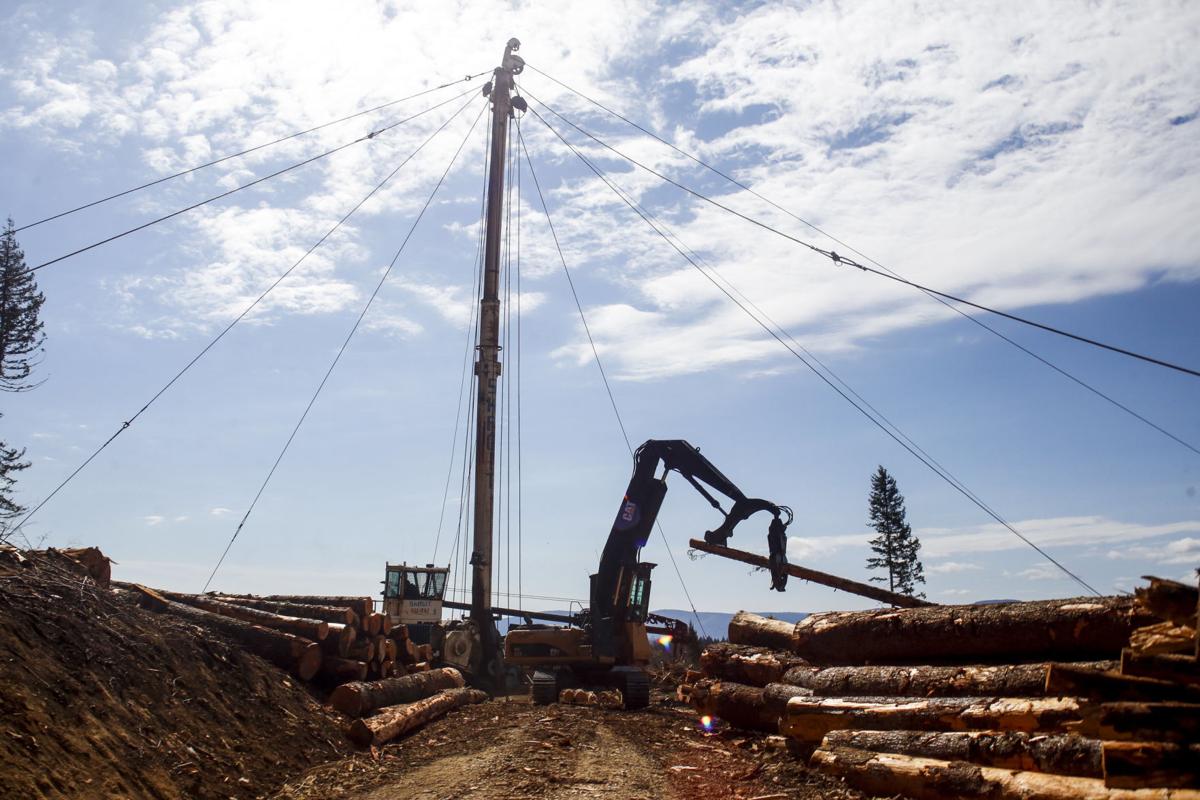 Logging in the Clatsop State Forest in 2016. 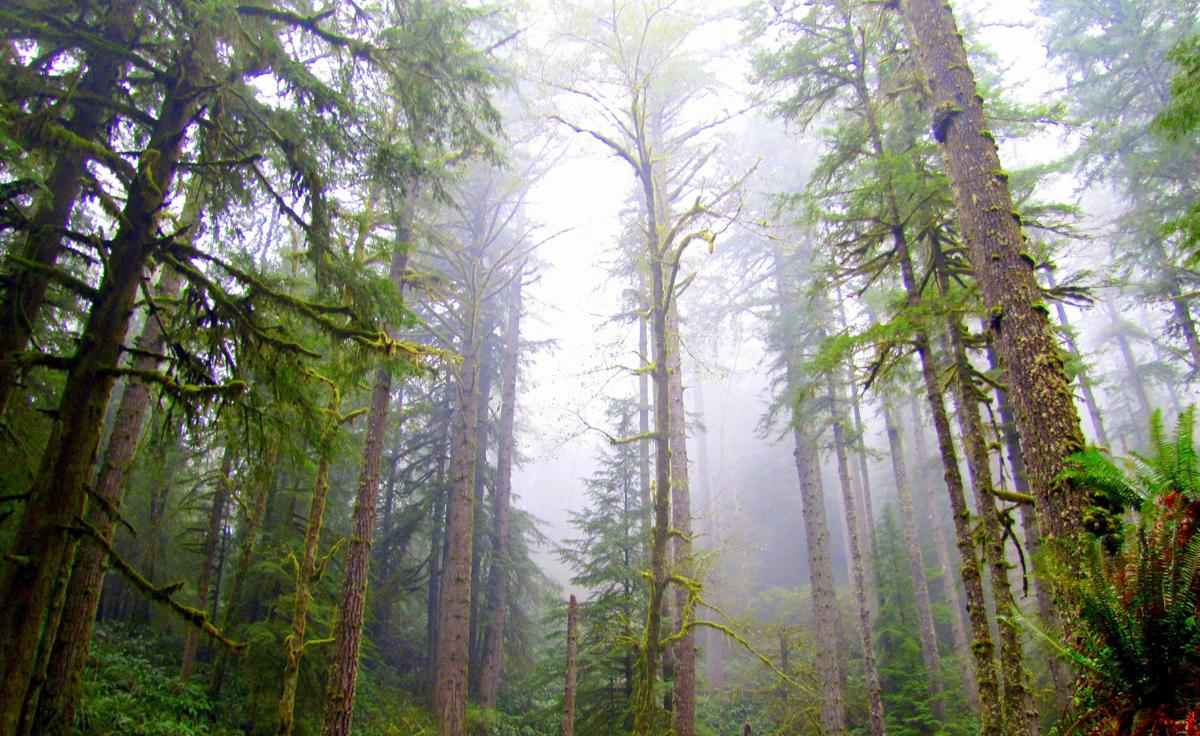 Trees in the Elliott State Forest. 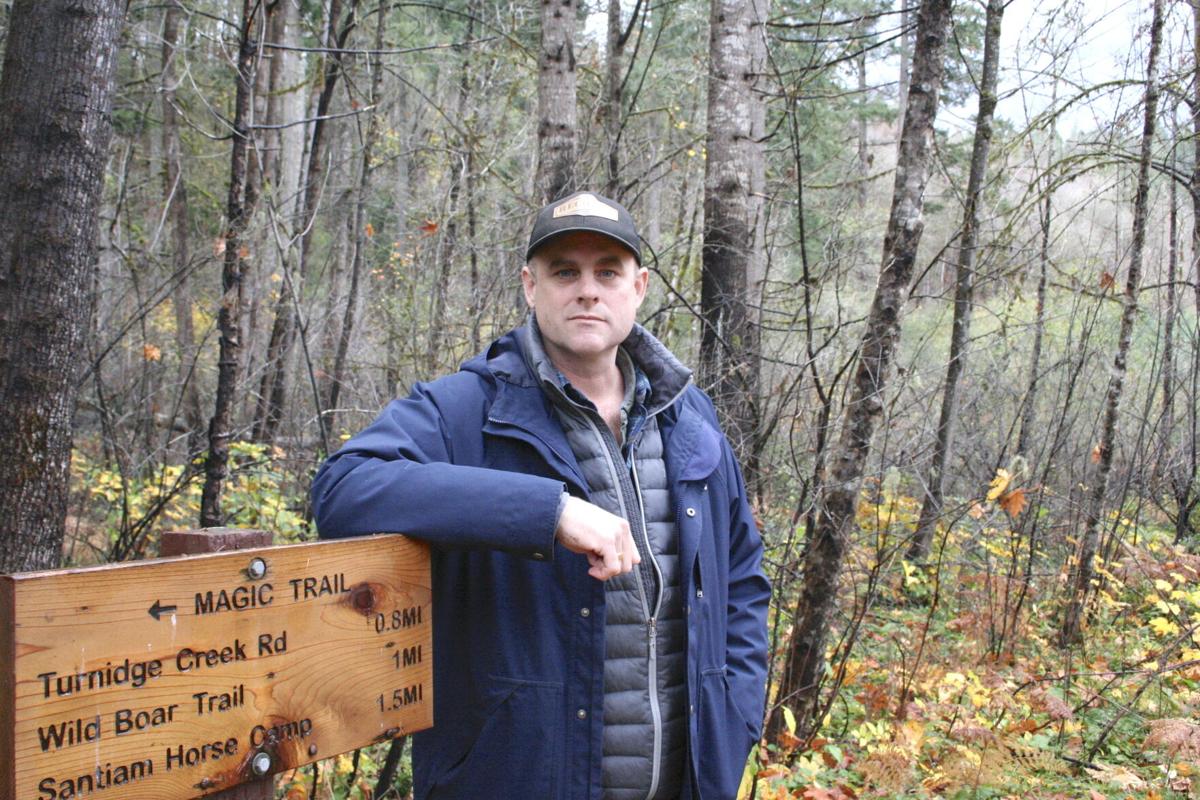 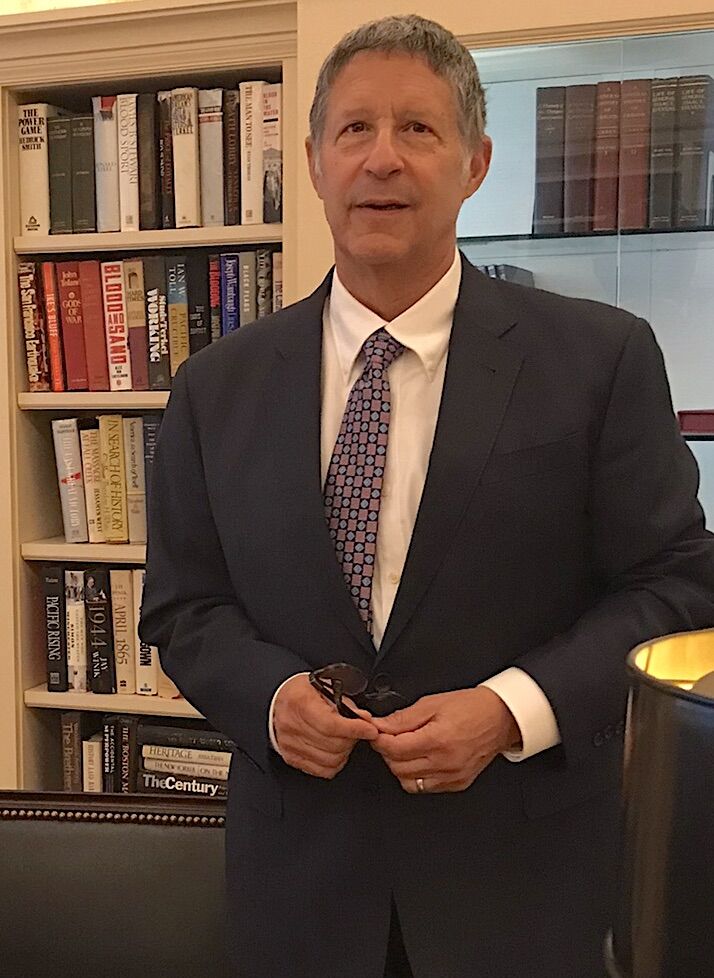 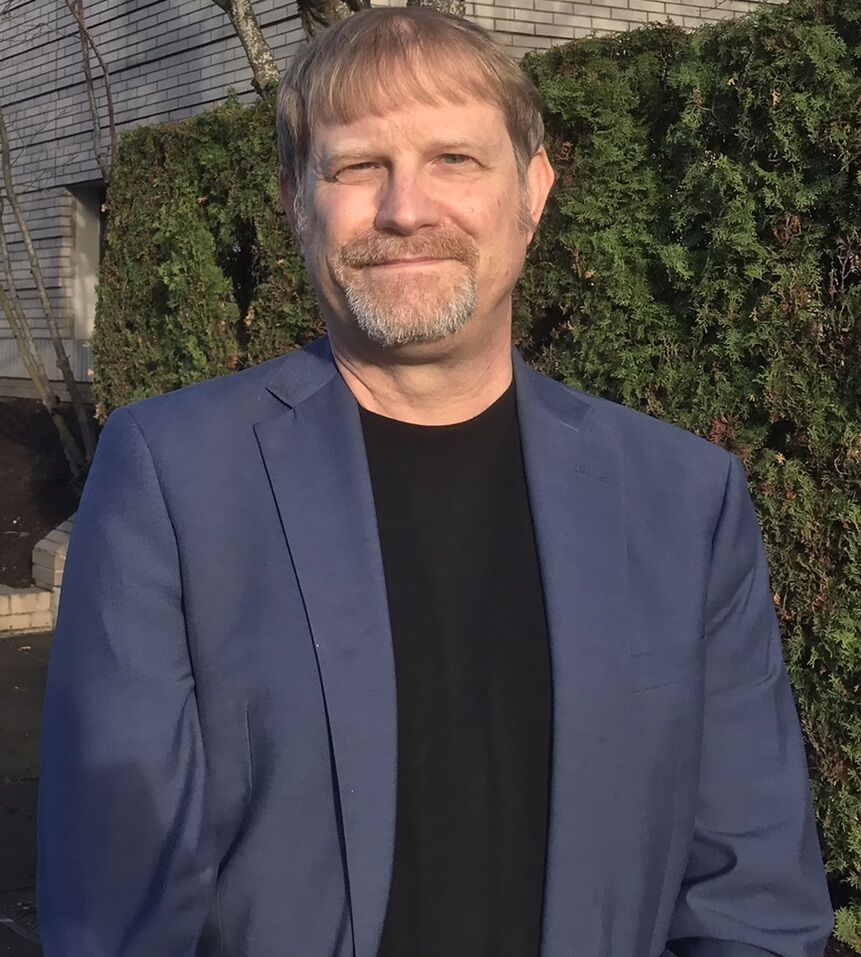 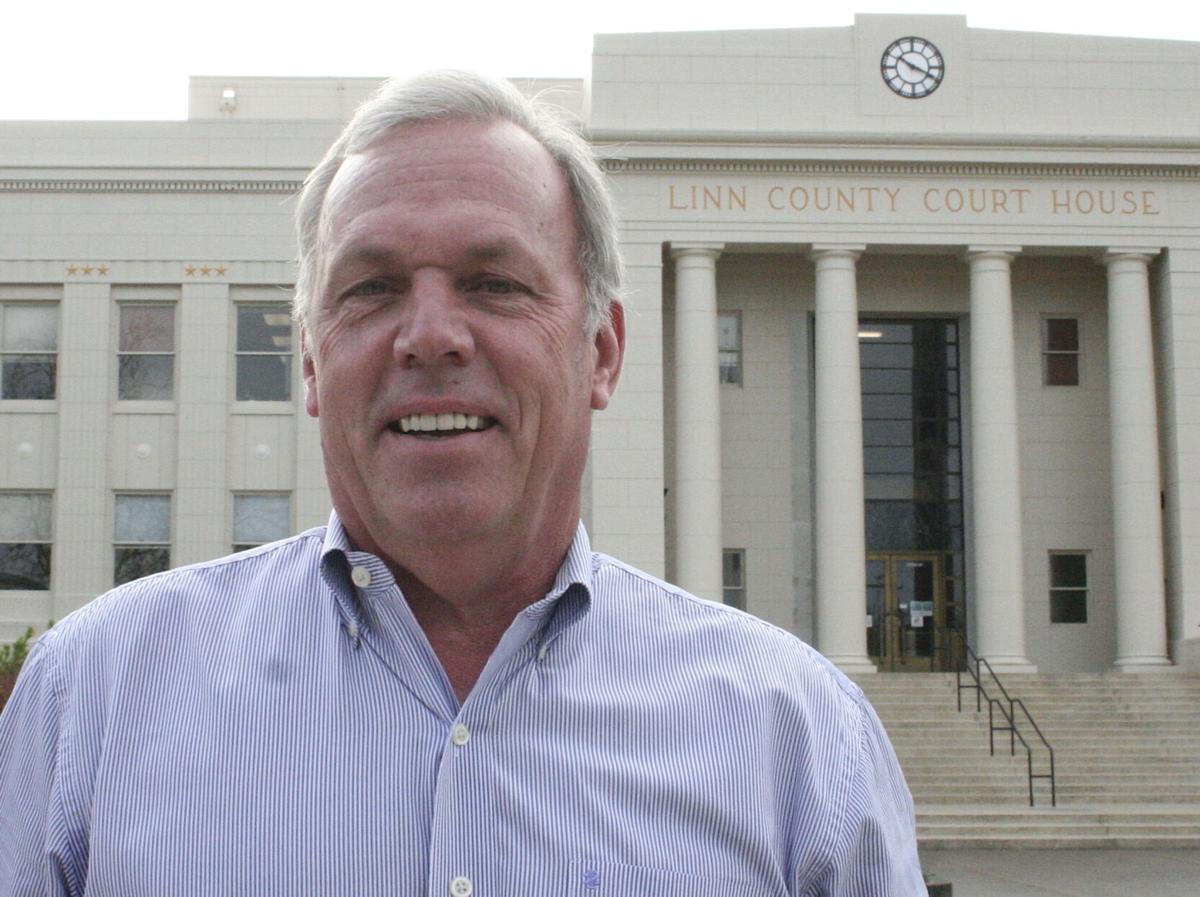 Logging in the Clatsop State Forest in 2016.

Trees in the Elliott State Forest.

If most arguments over money aren’t really about money, the lawsuit brought by several "timber" counties against the State of Oregon over forestry revenues is no exception.

In 2019, a jury in Linn County held the state liable for breaching contracts with 14 counties and numerous taxing districts by logging an insufficient amount of timber from state forests, reducing their share of profits. It awarded the plaintiffs $1 billion.

As the state government seeks to overturn the jury's verdict, it has exposed a broader rift between itself and the predominantly rural communities.

“This is a lot bigger issue than a $1 billion judgment. It’s about rural jobs and economics — and a way of life,” said Roger Nyquist, a commissioner for Linn County, the lawsuit’s lead plaintiff.

It’s a legal conundrum that’s also about power: The counties want to stick up for themselves, while the state wants to protect its prerogative to set forest policy.

“We’ve been residing on opposite planets,” said John DiLorenzo, attorney for the counties.

The disagreement centers on timber revenues from 700,000 acres of state forestlands, most of which were donated to the state by county governments in the 1930s and 1940s.

Counties and other taxing bodies are entitled to a share of logging revenues, and historically these monies have been a big part of their budgets.

The state is required to manage the forestlands for their “greatest permanent value.” The state’s interpretation of that concept has evolved since the land first changed hands.

The plaintiffs and the state disagree on what was promised when the counties gave up the land.

The state claims the lawsuit shouldn’t have even gone to a jury, since the counties lack an enforceable contract governing the land’s management.

The county governments argue they never would’ve given up such massive swaths of forestland if the state could simply reduce logging levels and timber revenues at will.

“Who in their right mind would have done that?” asked DiLorenzo.

On Feb. 22, the Oregon Court of Appeals will hear arguments to decide which of their perspectives is legally correct.

A key question in the litigation is whether the counties have the ability to challenge the state’s forestry decisions, since they’re subdivisions of the state government.

While the state’s attorneys argue the counties lack this power, the counties say they have a right to enforce their contract with the state.

“What’s the point of a contract if the state doesn’t have to live up to it?” Nyquist asked.

It’s an “absurd notion” that the counties can’t challenge the state in court over the matter, said Rob Bovett, legal counsel for the Association of Oregon Counties.

“If the state can walk away from its contracts, then we’ve got nothing,” he said. “Then we would have a partnership that’s not only broken, but not a partnership at all. It would be master and servant.”

More than two decades ago, the state’s Board of Forestry enacted a definition of “greatest permanent value” that emphasized “healthy, productive and sustainable forest ecosystems” that generate “social, economic and environmental benefits.”

The counties contend that state foresters have curtailed logging as a result, depriving local governments of roughly $1 billion in past and future revenues needed for law enforcement, schools, libraries and other services.

After a month-long trial in 2019, a jury in Linn County Circuit Court determined the state government had violated its contractual obligation to maximize timber revenues for the counties.

“You can call this a breach of contract, but it’s a broken promise,” Bovett said. “It is a direct promise from the state to the counties.”

Though the judgment amount has since been accumulating roughly $260,000 in interest per day, the state government has opted against settling the lawsuit.

Oral arguments are expected to take place in early 2022 but the timeline for a ruling is unknown, in light of the case’s complexity.

The state government is urging the Court of Appeals to reverse the jury verdict, arguing the judge presiding over the case should not have allowed it to get that far.

The donated forestlands are governed under a specific 1941 statute and the counties cannot enforce a “statutory contract” related to “matters of statewide public concern,” according to the state.

“At least when it comes to matters affecting a statewide interest, a county cannot seek compensation for losses caused by the state’s breach of a statutory contract,” according to the state.

Under Oregon law, state forestlands must be managed for the “greatest permanent value of those lands to the state,” which is a matter that’s within the discretion of the Board of Forestry, the state said.

“The State of Oregon gets to decide the greatest permanent value for the State of Oregon,” said Ralph Bloemers, an attorney for fishing and conservation groups that oppose the lawsuit. “There’s nowhere that says: Timber first, then everything else. It’s everything. It’s multiple uses. It’s what people enjoyed back in those days and today.”

Bloemers doesn’t think the $1 billion judgment has a high chance of surviving the Court of Appeals, given the multitude of legal weaknesses identified by the state government.

“There are numerous errors that infected the decision,” he said. “It has a lot to choose from.”

Private landowners had abandoned their “logged over” forest properties and stopped paying taxes on them, which is how they were acquired by the county governments, Bloemers said.

The counties didn’t want to deal with the forestland and so they handed it over to the state, which has heavily invested in improving and managing the property, he said.

The legal problem of Oregon’s political subdivisions suing the state government can be explained in familial terms, he said.

“It’s like a kid suing his parents for not getting enough allowance, when the parents have taken care of school, taken him to the dentist, made sure he’s safe,” Bloemers said. “It’s easy to pick on the state and say the state isn’t doing enough.”

The plaintiffs say they realize that counties can’t simply legally challenge any state policy they dislike, such as marijuana legalization. However, they argue local governments can’t perform public health functions and carry out other tasks on the state’s behalf if they can’t rely on contracts.

“That would completely blow up the delivery of services in the state as we know it,” Nyquist said.

Critics of the lawsuit point out that Oregon cannot ignore federal laws, such as the Endangered Species Act and Clean Water Act, which restrict logging under certain circumstances.

“That doesn’t mean it has to maximize timber revenue at the cost of other values,” he said. “Those are perfectly legitimate interests but they need to be balanced against other interests.”

Tillamook County, one of the plaintiffs, is dedicated to environmental preservation but doesn’t believe it conflicts with other values, said David Yamamoto, vice-chair of the county commission.

“People think that if you manage for timber, you don’t care about the environment,” he said. “That’s absolutely wrong.”

“There is nothing in ESA that makes you create habitat if it’s not already there. They created ESA habitat by allowing trees to age,” he said. “They created the habitat, then blamed their inability to harvest on ESA.”

The claim that inadequate logging on state forestlands has harmed counties financially is a “red herring” and “misdirection” from the real problem: Tax breaks for large timber companies, Bloemers said.

If major timber companies paid more in taxes, it would benefit public services much more than increased logging on the tiny fraction of forestland owned by the state, he said. When the $1 billion judgment is struck down, it’s only going to bring attention to that issue.

Van Dyk of the Wild Salmon Center said he’s also glad that Oregon decided against settling the lawsuit and is optimistic about the state’s chances on appeal.

“One way or another, it should get cleared up,” he said.

Oregon halts sale and use of misbranded weed killer

McDonald's expanding test of McPlant in its U.S. stores