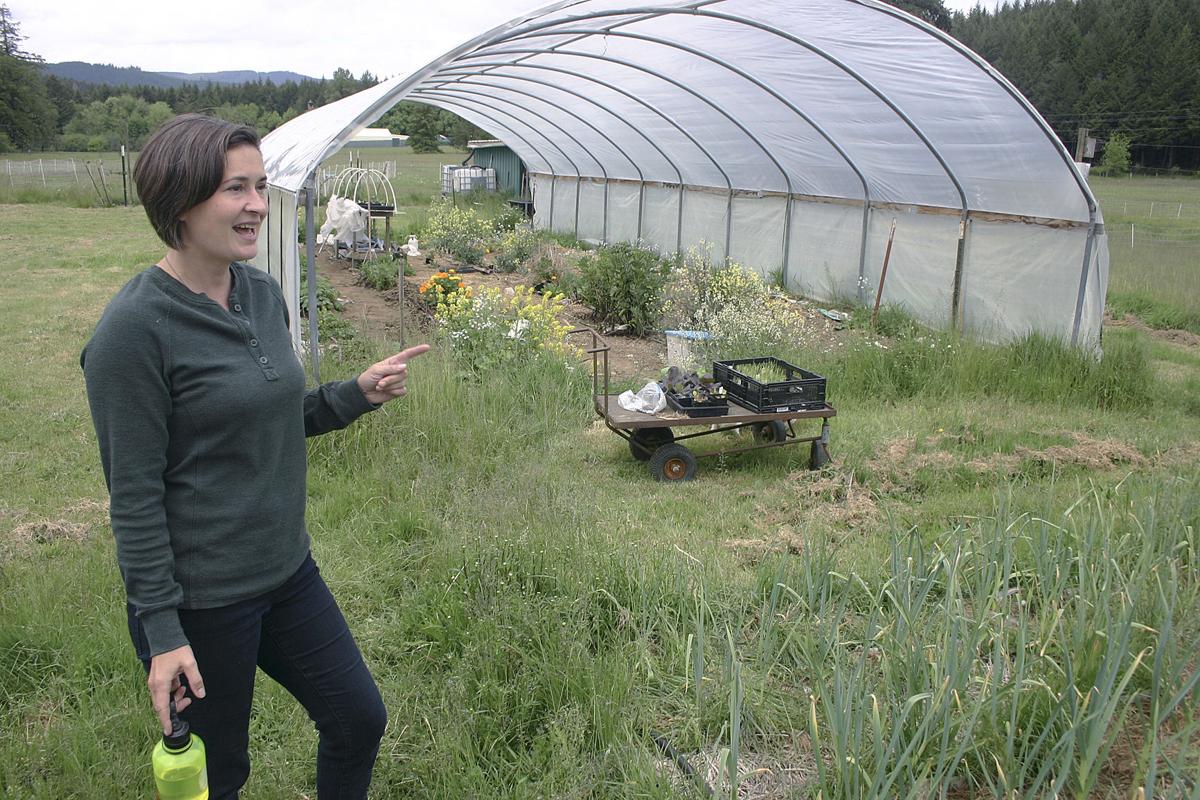 Miranda Rommel bought a 17-acre homestead south of Monmouth, Ore., in 2011, where she and her husband, Andy, now run Birdsong Farm raising poultry, rabbits and produce. 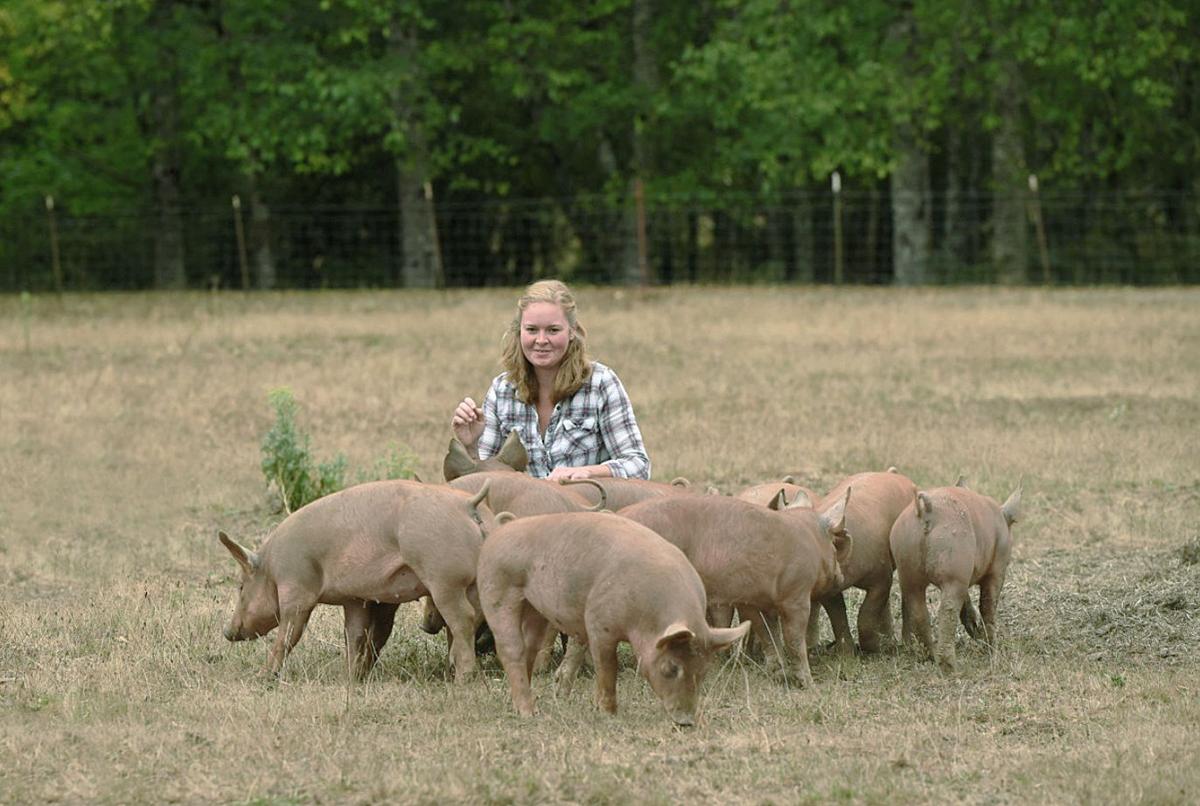 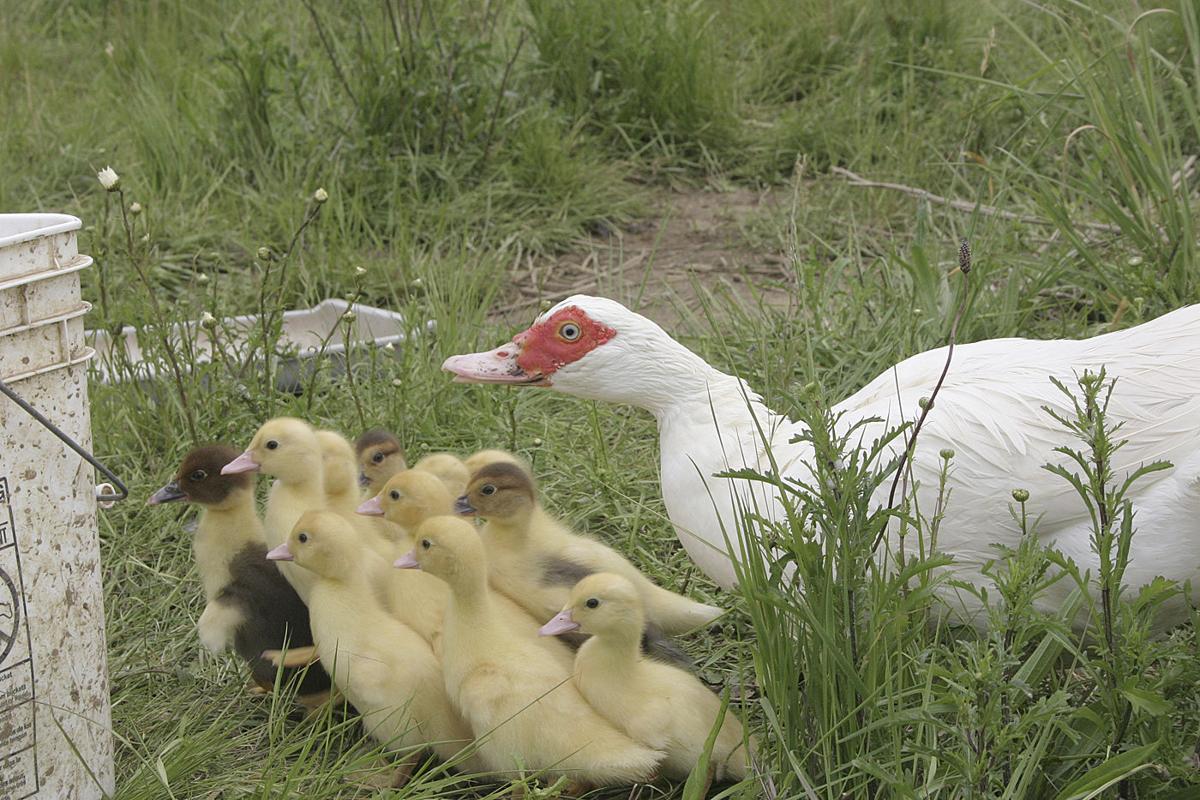 A mother duck follows her ducklings closely at Birdsong Farm south of Monmouth, Ore. Small farms are on the rise across Oregon and the Pacific Northwest. 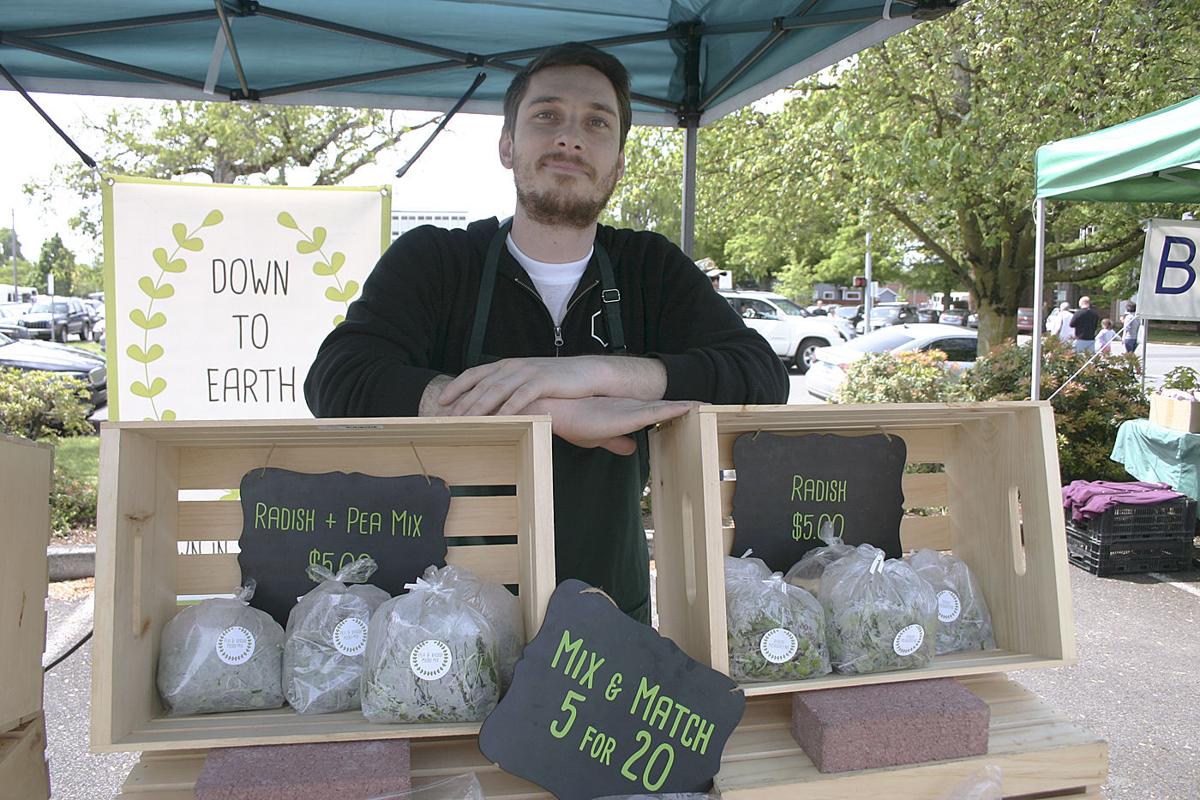 Rod Wenger started Down to Earth Farms with his brother, Jordan, in Salem, Ore., growing a variety of micro-greens and produce, which they sell at area farmers’ markets.

Miranda Rommel bought a 17-acre homestead south of Monmouth, Ore., in 2011, where she and her husband, Andy, now run Birdsong Farm raising poultry, rabbits and produce.

A mother duck follows her ducklings closely at Birdsong Farm south of Monmouth, Ore. Small farms are on the rise across Oregon and the Pacific Northwest.

Rod Wenger started Down to Earth Farms with his brother, Jordan, in Salem, Ore., growing a variety of micro-greens and produce, which they sell at area farmers’ markets.

It started with a dream for Miranda Rommel.

The 37-year-old artist has always enjoyed growing her own food. When she and her husband, Andy, bought a 17-acre farm south of Monmouth, Ore., in 2011, they were ready to embrace the lifestyle, raising ducks, chickens and rabbits.

Rommel transformed her hobby into a business, which she named Birdsong Farm — becoming one of an increasing number of small farms and ranches across the Pacific Northwest, according to the latest USDA Census of Agriculture.

A flock of Muscovy ducks now grazes on lush green pasture at Birdsong Farm next to garden beds of garlic, beans, potatoes and cabbage. Rommel sells the meat, eggs and produce directly to consumers through on-farm pickup, or at several local farmers’ markets she attends.

“I went into this saying I’m going to grow all my own food now,” Rommel said. “It’s exhausting, but it’s pretty amazing to sit down to a meal where I grew everything on the plate.”

In addition to their chores, Rommel and her husband work separate jobs off the farm. He is an elementary school librarian in nearby Falls City, and she is a self-employed artist with a business making custom pet portraits out of felt.

But there is something special about farming, Rommel said — digging in the dirt and feeling connected to nature. She also said it is a big responsibility to provide the community with clean, healthful food.

“There is a lot more community connection with small farms,” Rommel said. “It’s a community investment, and a community service.”

New figures in the 2017 Census of Agriculture show small farms — already the vast majority of the region’s agricultural operations — are on the rise around the Northwest.

The USDA defines “small farms” not by acreage, but rather by sales. Any farm that makes less than $250,000 a year qualifies as “small.”

Chris Mertz, director of the USDA National Agricultural Statistics Service field office in Olympia, Wash., said counting small farms can be a huge challenge. Farmers may think they are too small to really matter, though Mertz said he feels the agency is getting better at reaching out to those producers and making sure they are included.

“That’s a big part of agriculture here in the Northwest,” Mertz said. “I think we need to acknowledge that and show how many people are involved.”

While the number of small farms continues to grow, Mertz said consolidation of larger farms is another trend dominating the industry. The census measures what it calls “farm concentration of market value,” which reflects how many farms make most of the state’s income.

In Oregon, 682 farms account for 75% of sales. The figure is 942 farms in Washington, and 1,248 farms in Idaho. As more production becomes concentrated in fewer farms, Mertz said it speaks to fewer small farms growing and succeeding as mid-size farms.

“Farming is a challenging occupation,” Mertz said. “You need to get to the point of having the resources available to pay all your bills, raise your family and to have a balanced life. Sometimes in the middle category, there might just not be enough revenue.”

While many small farmers ultimately make a go of it financially, most others such as retirees and “hobby farmers” are happy with the lifestyle, if not the income. About two-thirds of Northwest farms brought in less than $10,000 in 2017, according to USDA.

The small farm trend has not escaped state and university officials, who are working to put together programs to help more small farms to flourish and prosper.

Laura Lewis, director of the Food Systems Program at Washington State University, said she is troubled by the erosion of mid-size farms. The good news, however, is that more small farmers seem eager to become involved, which she attributes to the popularity of the farm-to-table movement.

“It’s wonderful to see that we’re adding new farms,” Lewis said. “Some of these smaller-scale farms are really starting to get a better foothold economically.”

Part of that has to do with resources provided by the Food Systems Program, run by a team of 100 WSU staff and community organizations. One program, called “Cultivating Success,” works specifically with new and beginning farmers and was developed in collaboration with the University of Idaho.

Land-grant universities and extension services in other states also have small-farm programs. They work with nonprofits to offer classes and teaching farms where new farmers can learn the trade, and some organizations offer internships for new farmers.

A big part of the focus is helping to grow regional markets for small farms. The Cascadia Grains Conference is one such initiative, providing a platform for small grain growers to build relationships with buyers and sell their crops.

Lewis said the university also works closely with the Washington State Department of Agriculture’s Regional Markets Program. Laura Raymond, who leads the state program, said she has been impressed with how small farms are becoming more creative — making unique, value-added products and finding ways to sell beyond the traditional farmers’ market or community-supported agriculture model.

WSDA has resources to help small farms navigate regulations, and decide how best to invest their resources, she said.

“We look at all of these issues and try to understand how they translate to small and direct-marketing farms, specifically,” Raymond said. “Oftentimes, people get into farming because they love to grow things, but it’s always wise to think about who might buy the things you’re growing before you get too far down the track.”

In Oregon, several bills are also moving up in the Legislature this session to assist small farmers and ranchers, such as House Bill 3090 which would create a beginning farmer and rancher incentive program under the state Department of Agriculture, focused on student loan and tuition assistance.

HB 3090 passed out of its committee of first referral and is currently in the Ways and Means committee.

House Bill 2729 is also in Ways and Means. It would set aside $10 million over the next two years for the Oregon Agricultural Heritage Program, designed to preserve farmland and spur succession planning for future generations of farmers.

Lewis is reluctant to label the type of people who are starting small farms. She said they come from many backgrounds and experiences.

One thing that’s for certain, however, is that consumers are driving the demand for local food production, much of which takes place on small farms.

“We’ve seen over the last 10 to 15 years (people) just wanting to know who your farmer is and where your food comes from,” she said.

According to the national nonprofit Farmers Market Coalition, the number of farmers markets in the U.S. has grown rapidly over the last 25 years, from less than 2,000 in 1994 to 8,767 currently listed by the USDA in the National Farmers Market Directory.

Farmers also say they were drawn to the job by wanting to know more about their food.

Hillary Gallino, of Powder Creek Ranch in Beaver, Ore., began raising heritage Tamworth pigs on her grandmother’s 362-acre former dairy farm about four years ago. She farrows her own piglets, and starting this year will begin selling bacon and other cuts of meat at the Pacific City farmers’ market to help build her customer base.

“I’m hoping that I can reach more people. It’s very rural where I am,” Gallino said.

Gallino works as a housekeeper in Pacific City, but hopes to grow her business and farm full-time. She is passionate about the Tamworth breed, which she hopes will not be lost or forgotten amid mass production.

“I just found that I really enjoy raising the pigs,” she said. “I want to know where my food is coming from, and provide local food for other people and meat that has been humanely raised.”

Rod Wenger, of Down to Earth Farms in West Salem, started the business with his brother, Jordan, about two years ago. They grow a variety of produce and microgreens — vegetables harvested after their first leaves appear — on less than an acre, and sell at numerous farmers’ markets across the Willamette Valley.

“I think people have it in their head that you need a massive amount of space to grow food. That’s just not the case,” he said.

Wenger said he is not certain whether the business will expand in the future, but he is encouraged that his business can show people food can be grown on a local, small scale, even close to urban areas.

“I think it’s phenomenal,” Wenger said. “Anytime people can get closer to their food, it’s wonderful for our health and our culture.”