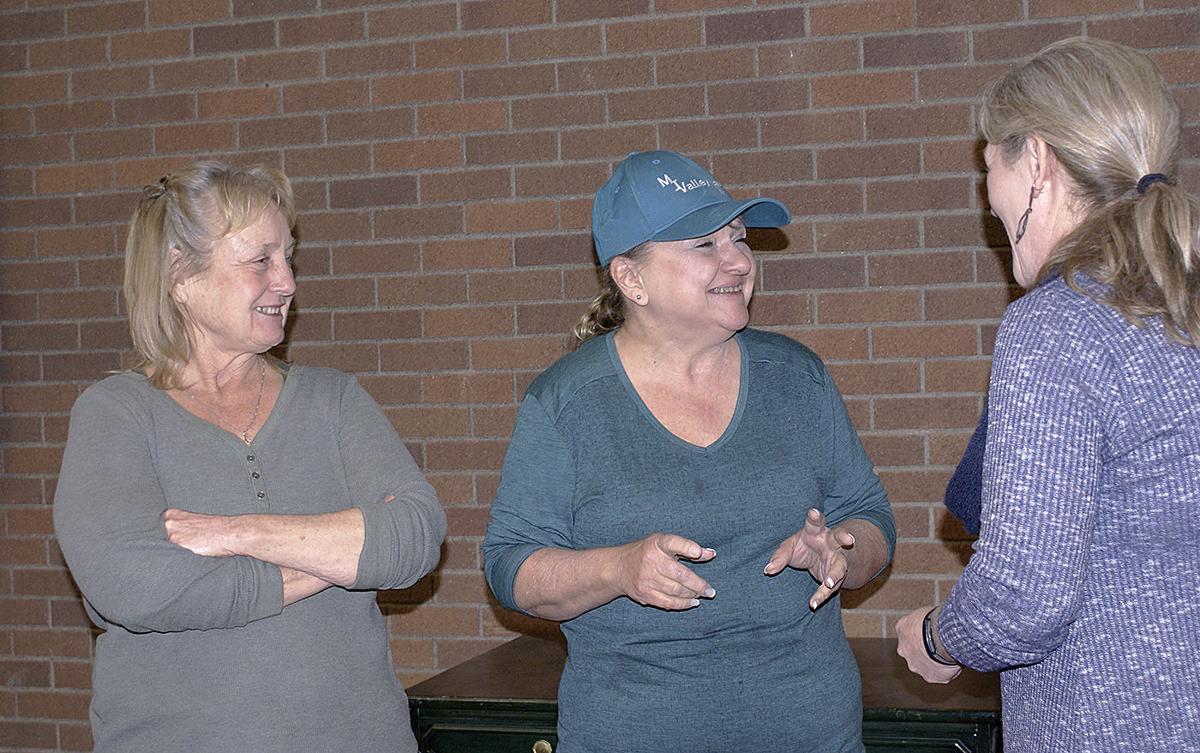 Local women farmers share a little humor during a break in the Women in Agriculture conference in Twin Falls, Idaho, on Jan. 25. 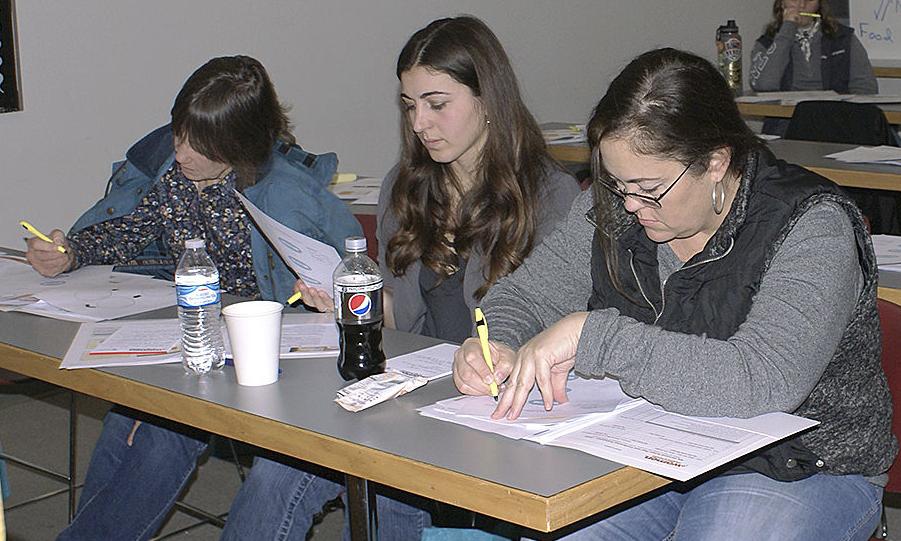 Women work on a self-care exercise during the Women in Agriculture conference in Twin Falls, Idaho, on Jan. 25.

Local women farmers share a little humor during a break in the Women in Agriculture conference in Twin Falls, Idaho, on Jan. 25.

Women work on a self-care exercise during the Women in Agriculture conference in Twin Falls, Idaho, on Jan. 25.

TWIN FALLS, Idaho — Not many people like stress, but it was the center of conversation at Saturday’s Women in Agriculture Conference, hosted by Washington State University.

The conference was delivered digitally to about 700 women at more than 30 locations in Washington, Oregon, Idaho, Montana and Alaska in an effort to help farm women cultivate personal resiliency.

“A healthy you is going to mean a healthy farm,” Shauna Reitmeier, a third-generation farmer who specializes in behavioral health with the Northwestern Mental Health Center in Minnesota, said.

There are tools women can use to focus on self-care and alleviate stress before it becomes an illness, she said.

For some people, stress can be neutral — it just rolls off their back. In some cases, it can be positive — motivating them to meet deadlines. But it can also be negative — and that’s where it can really impact people, she said.

Stress can become overwhelming due to different priorities competing for a woman’s time, external and self expectations, financial issues and worry. That can cause people to internalize and stop communicating, affecting the individuals, their families and their employees, she said.

There are different ways to handle stress, but a good place to start is with the three-legged self-care stool, Brenda Mack, also a third-generation farmer in Minnesota and behavior and wellness professor with Bemidji University, said.

Healthy relationships and connections to others help reduce stress, whereas holing up increases stress. And it isn’t even necessary to talk about the issue. Just being with someone or connecting with someone — through social media or face-to-face — can relieve stress, she said.

“Much of what we talk about in self care is relationships — who’s on your team,” she said.

The physical component is also a big piece of self-care, Reitmeier said.

That means eating healthy, staying hydrated, exercising and getting enough high-quality sleep. All of those things also lend themselves to on-farm safety, alertness and fewer health issues, she said.

The cognitive component of self-care is thinking positively about one’s self, and women should start and end their day telling themselves they are amazing instead of focusing on what they see as shortcomings or failures, Mack said.

Stress manifests itself in eating and sleeping disorders, which have a ripple effect in all areas of life, she said.

She recommends using a worksheet to change old patterns of thought, feelings and behavior and reframe negative self-talk.

The behavioral specialist also recommended developing a personalized model that adds other action items to the self-care plan to reduce stress and boost joy and happiness.

• Physical, such as walking or biking.

• Emotional, such as reading an uplifting book or watching inspirational podcasts.

• Social, such as playing cards with friends or singing in a choir.

• Recreational, such as Sudoku or crossword puzzles.

• Gratitude, such as sending someone a gratitude card or acknowledging three good things that happened during the day.

• Contemplative, such as meditation or yoga.

• Financial, such as following a budget or reducing spending.

• Spiritual, such as going to church or walking in the woods.

• Self-compassion, such as practicing self-kindness and forgiveness.