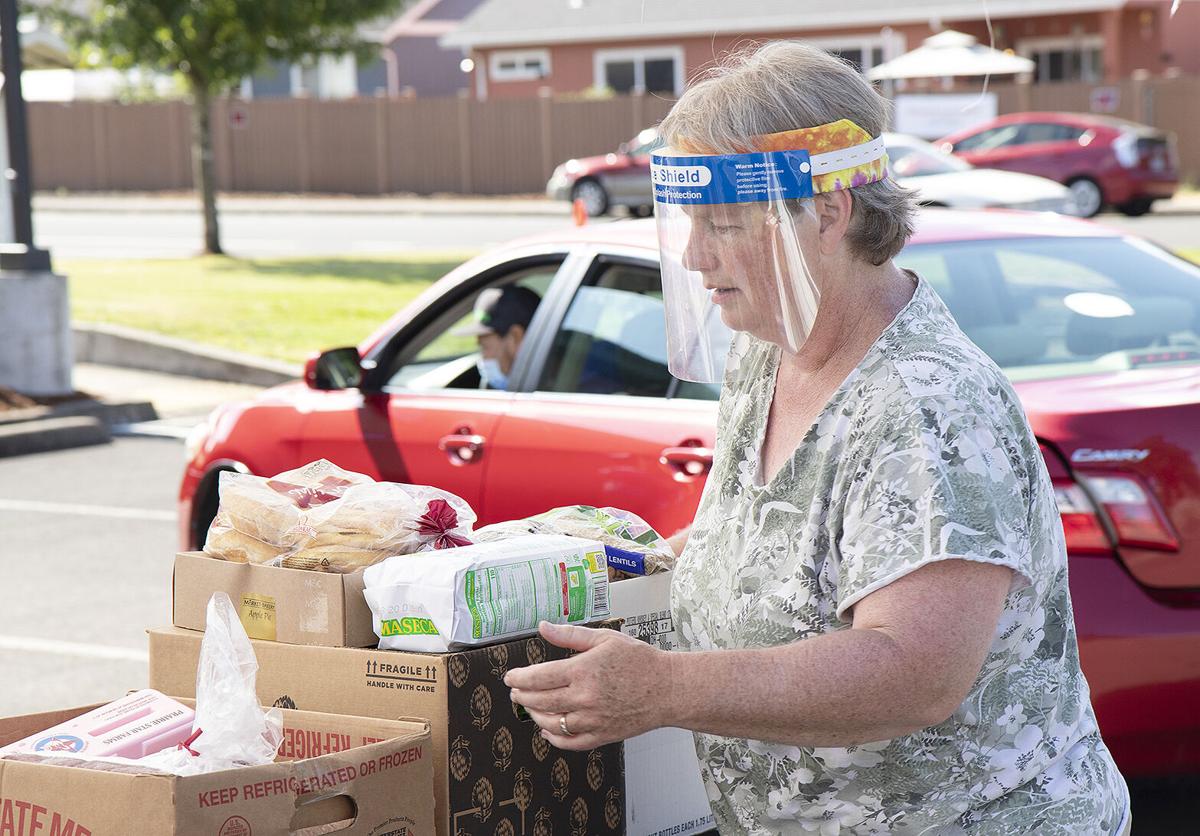 Susan Blachnik, manager at the Creswell, Ore., Food Pantry, picks up a box to put in a car truck. 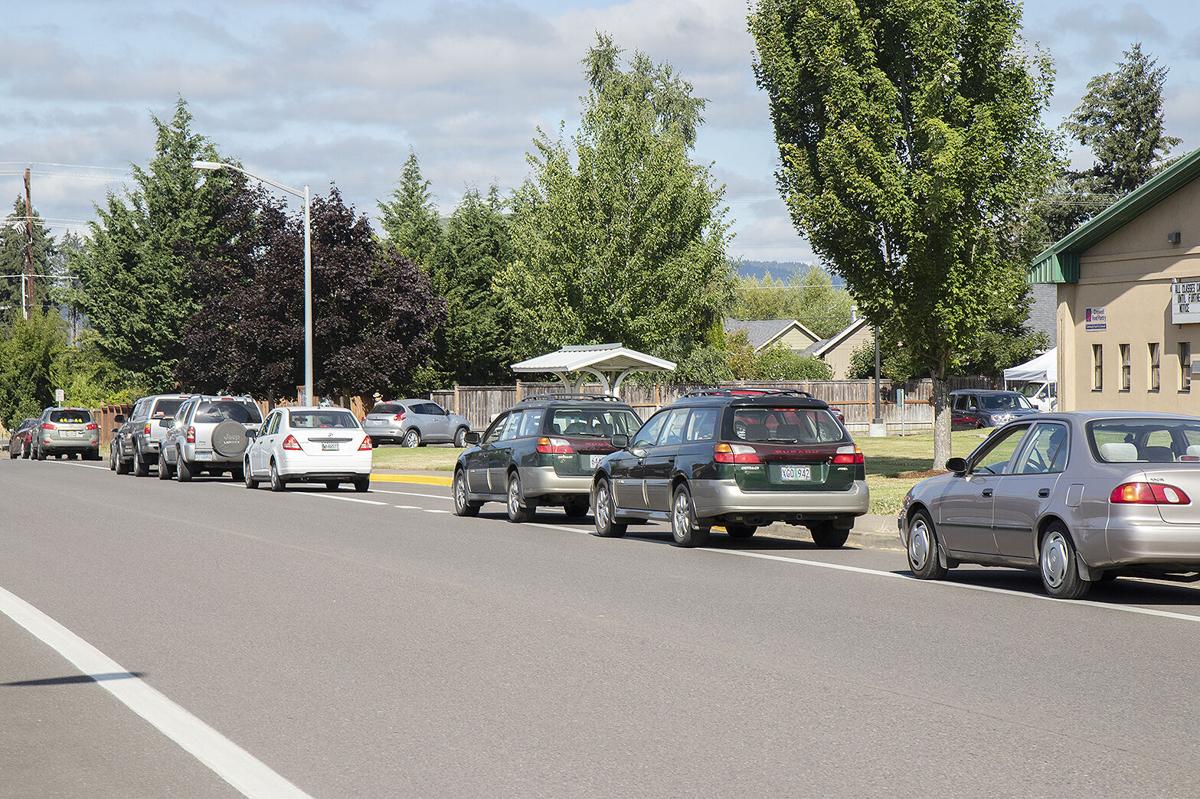 Cars waiting in line for food at a pantry in Creswell, Ore. 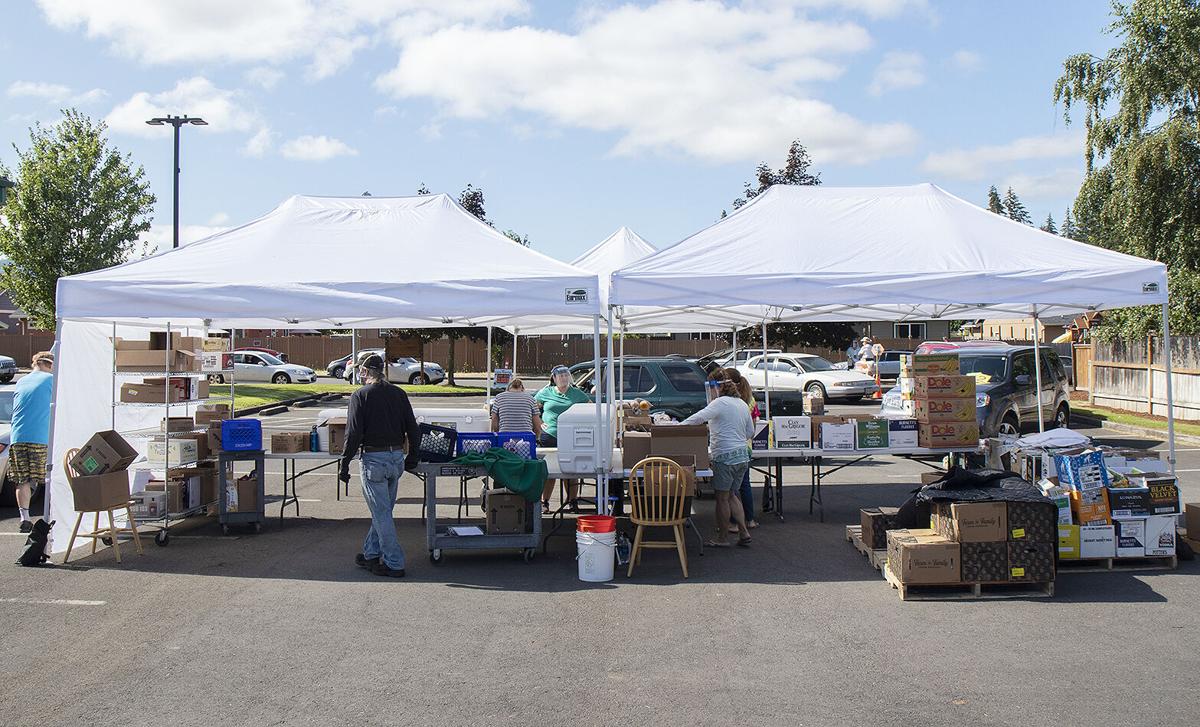 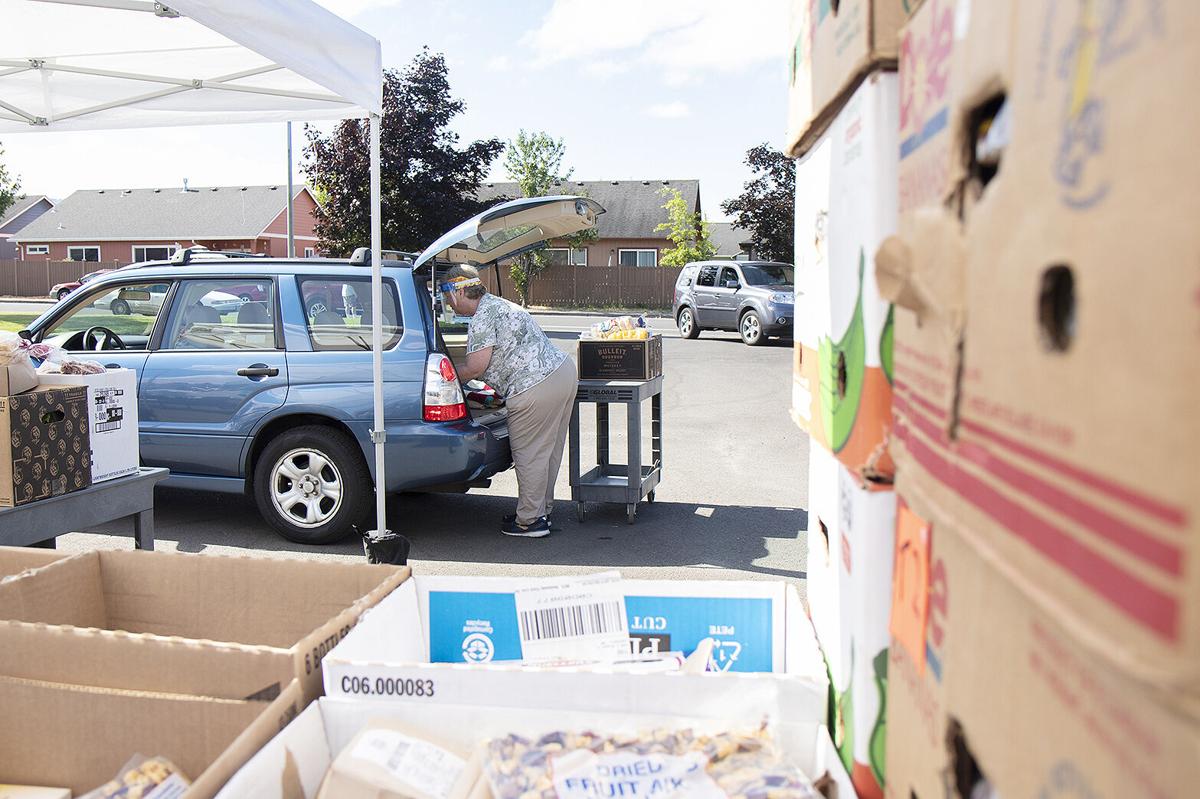 Susan Blachnik, manager at the Creswell. Ore., Food Pantry, puts a box of food in a car at a distribution event in July. 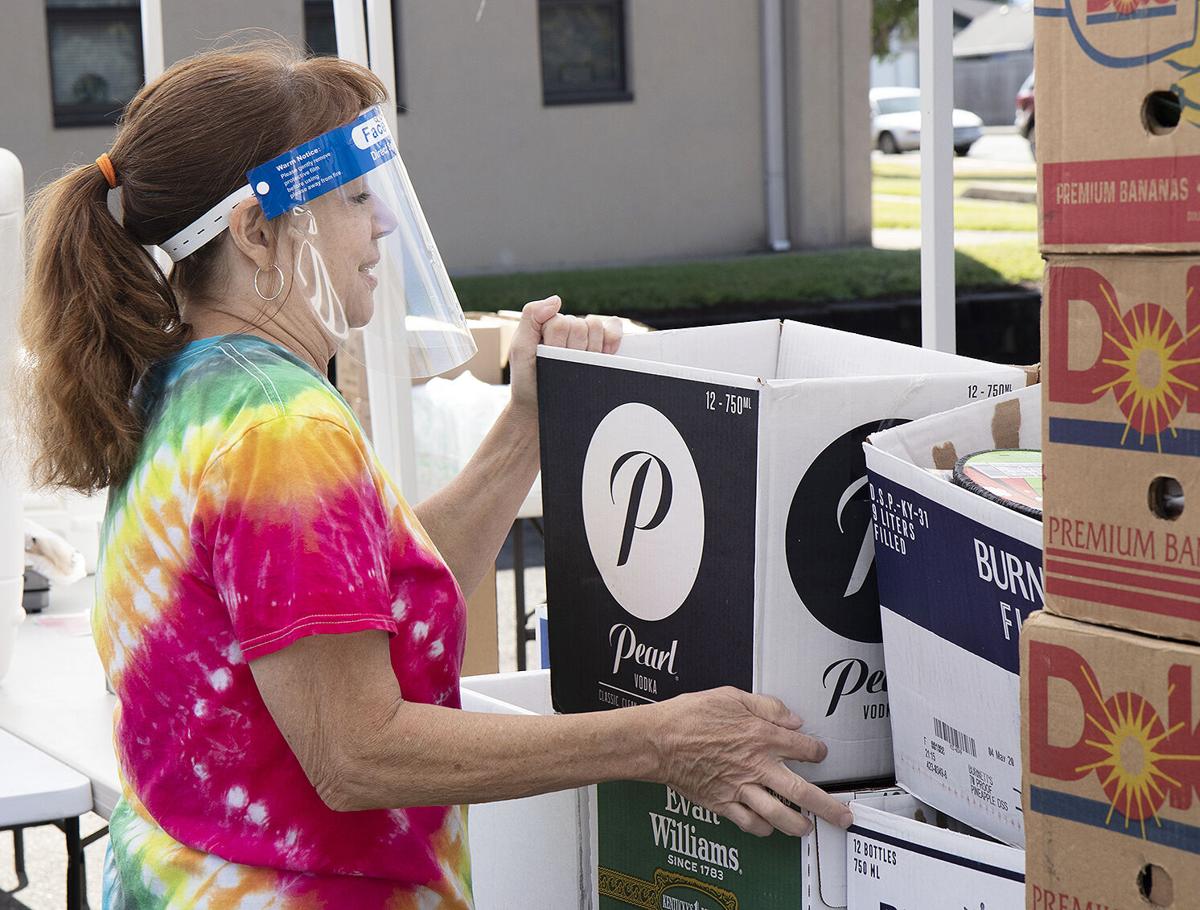 Susan Blachnik, manager at the Creswell, Ore., Food Pantry, picks up a box to put in a car truck.

Cars waiting in line for food at a pantry in Creswell, Ore.

Susan Blachnik, manager at the Creswell. Ore., Food Pantry, puts a box of food in a car at a distribution event in July.

It is hunger in a land of abundance.

Prior to COVID-19, Susan and Kurt Blachnik, the husband and wife who run the pantry, said 60 cars showed up weekly. In March, that soared to 110. Now, it's about 90.

Food insecurity is a problem in rural America. Experts say on the one extreme, rural hunger gets overlooked, and on the other, rural communities are mischaracterized as all "poor and hungry." Researchers say rural hunger is more nuanced.

"We're not measuring starvation. It's people rationing food. But even that kind of food insecurity has far-reaching consequences," said Joel Berg, CEO of Hunger Free America, a nonprofit working toward ending hunger in the U.S.

A USDA spokeswoman told the Capital Press demographic data on hunger is patchy. Some studies show rural people who don't grow food are likeliest to face hunger. But according to research from the California Institute for Rural Studies, farmers and farmworkers also can struggle with food insecurity.

According to Feeding America, 78% of U.S. counties with the highest rates of food insecurity are "rural," defined as "open country and settlements with fewer than 2,500 residents."

Rural areas face more food insecurity than urban areas as a whole. But if you break down cities by sections, experts say, the hungriest places are inner cities.

Jacqueline Michael-Midkiff, spokeswoman for USDA's Economic Research Service, said the lowest hunger rates are in suburbs and exurbs — prosperous areas outside the suburbs.

In 2018, the most recent year with comprehensive data, food insecurity was worst, 13.2%, in principal cities of metro areas, followed by 12.7% in rural areas and 8.9% in suburbs.

Experts say the hungriest U.S. regions tend to be the South and Southwest, along with Appalachia.

Food insecurity in the West, experts say, is not as severe.

Many parts of the Midwest grow row crops such as field corn and soybeans.

But what makes rural hunger worse, she said, is 20% of rural households live in "food deserts," places with limited geographic access to food banks, pantries and grocery stores.

A Columbia University study found rural grocery store prices are at least 4.2% higher than those in cities and suburbs. Grocery prices during the COVID-19 pandemic have risen 2.6%, according to the Bureau of Labor Statistics.

Experts say the pandemic didn't create these problems; it exacerbated them.

Mark Partridge, professor of rural-urban policy at Ohio State University, said hunger will persist as long as poverty does.

But in the long term, he said, rural communities need more economic and educational investments, better infrastructure and more support for rural industries.

"People think of poverty like a Frank Capra movie. Truth is, what's far more likely to happen is people suffer," said Berg of Hunger Free America. "We've got to see rural suffering and fight it together."

Commentary: Oregon needs a moratorium on permits for large dairies

Commentary: Solution for lumber shortage can be found in our own backyard